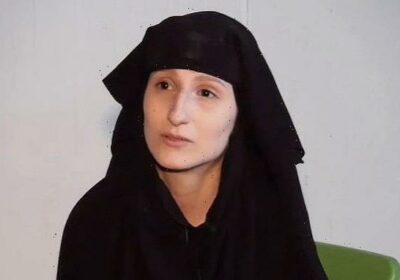 A girl who ran off to Syria as a 15-year-old to join the Islamic State has left court with a two-year suspended sentence.

She was also found guilty of possessing a Kalashnikov AK-47 assault rifle and a pistol with ammunition, while prosecutors alleged that she and her husband had enslaved a Yazidi woman, who they later sold for £647.

Messing ultimately escaped charges of crimes against humanity, but despite being convicted of two offences, the woman who abandoned her family in 2015 to lead a new life as a ‘jihadi bride’ will now likely escape prison time altogether.

The mother-of-two was handed the sentence after she vowed to ‘rehabilitate’ and insisted she was trying to integrate her two young daughters into German society. 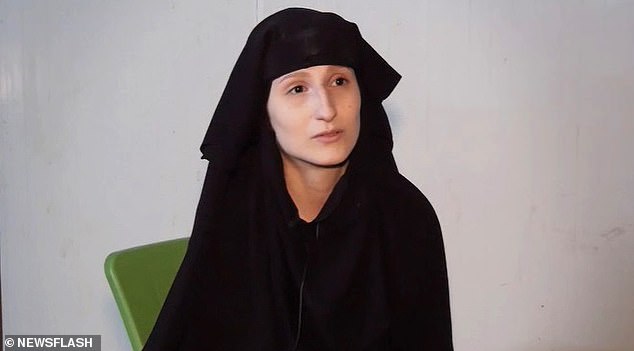 Leonora Messing, 22, has escaped prison with a two-year suspended sentence. She left her native Germany to join the Islamic State in 2015 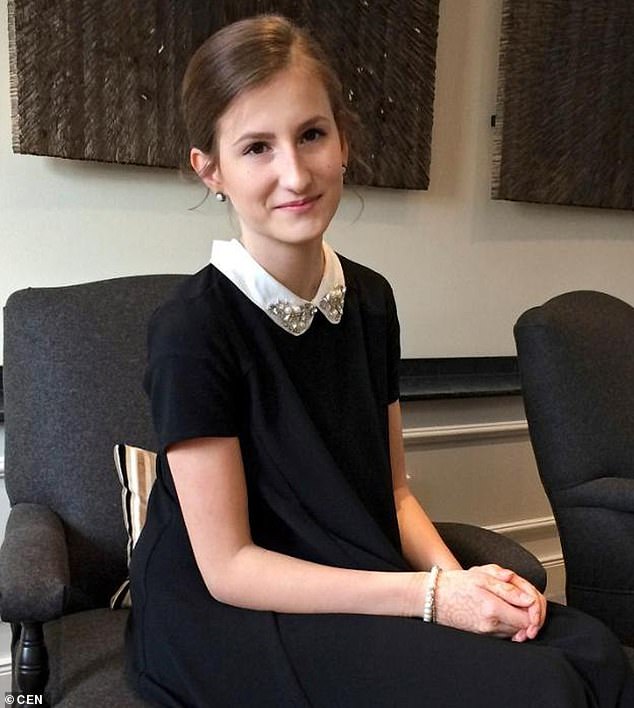 The court in Halle, central Germany, found Leonora Messing – now aged 22 – guilty of membership of a terrorist organisation (Messing is pictured here aged 15, shortly before she abandoned her family in Europe in favour of the Islamic State) 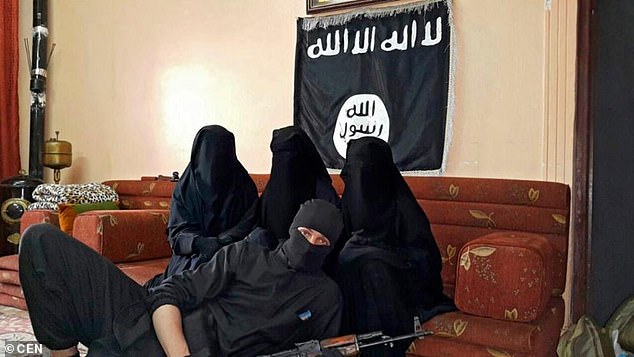 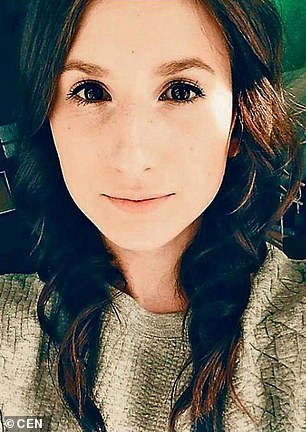 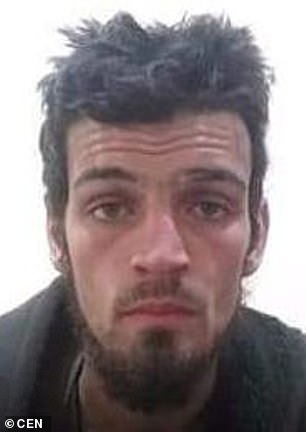 Leonora Messing (L) was just 15 when she fled her home in Sangerhausen, Germany, to join the terror group in Raqqa, then the de facto ‘capital’ of ISIS in Syria in 2015. She became the third wife to fellow German national and jihadi Martin Lemke (right) also known as Nihad Abu Yasir

Messing was just a teenage schoolgirl when she fled her home in the Breitenbach district of Sangerhausen to join the Islamic State (ISIS) in Raqqa, Syria, in March 2015.

There she became the third wife of ISIS secret service agent and fellow German national Martin Lemke, now aged 30 and with whom she had two daughters.

But as the years passed, ISIS lost much of its former territory and the family ended up surrendering to Kurdish security forces in early 2019.

Messing and her daughters were taken to a Kurdish-controlled prison camp in north-eastern Syria.

In December 2020 she was repatriated to Germany, where she was arrested upon her arrival at Frankfurt Airport.

Prosecutors accused Messing and her husband of buying and enslaving a 33-year-old Yazidi woman in 2015 as part of an ISIS human trafficking operation.

But despite the severity of the accusation, Messing was conditionally released from custody.

Now, the judges in her trial said the accusations of slavery could not be proven and she was cleared of aiding and abetting crimes against humanity.

She was instead convicted of being a member of a terrorist organisation and the unlawful possession of several firearms and ammunition.

Judge Henning Haberland said of the defendant, who owned a Kalashnikov and a pistol with ammunition: ‘She was responsible for violating the Weapons Act and the War Weapons Control Act.’ 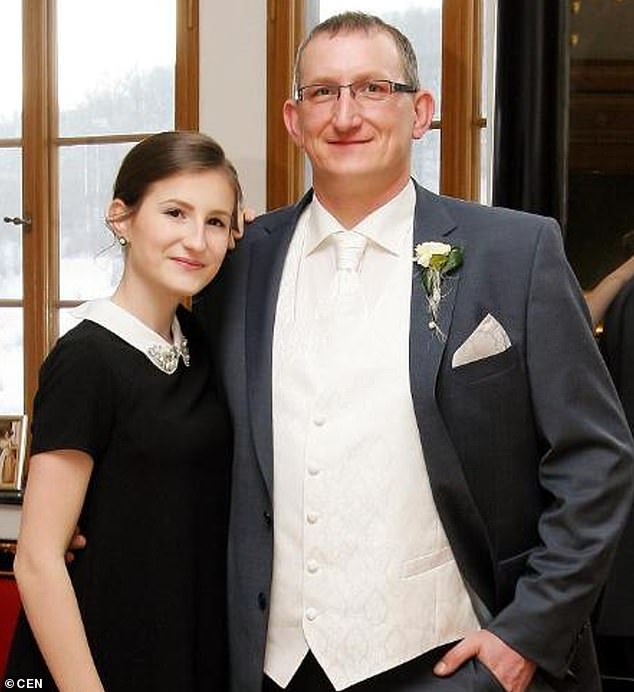 Pictured: A 15-year-old Leonora Messing and her father Maik Messing pictured at a wedding in 2015 just a month before the teenager would flee her home in Sangerhausen, Germany to join ISIS in Raqqa, Syria 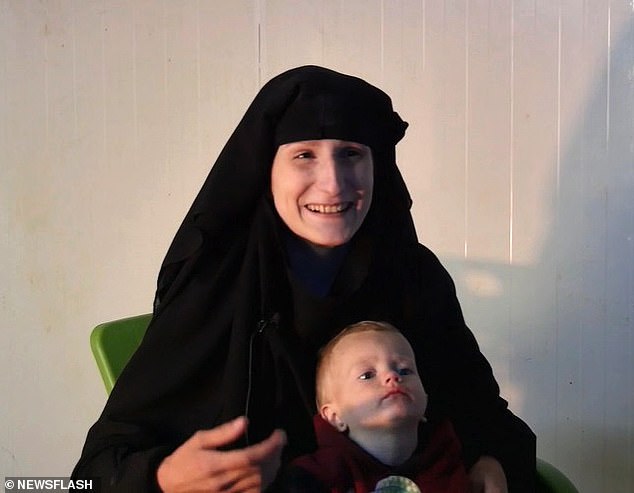 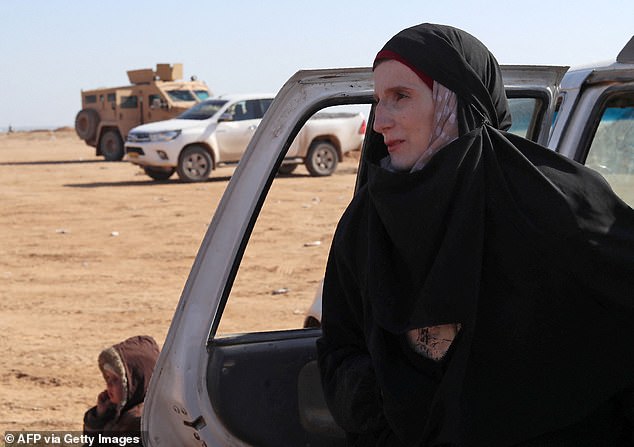 In this file photo taken on January 31, 2019 Leonora waits to be screened and registered by the Syrian Democratic Forces (SDF) in the countryside of the eastern Syrian Deir Ezzor province

Haberland believed however that the defendant was committed to rehabilitation and was trying to integrate her daughters into society.

He also noted she had started an apprenticeship in an attempt to develop a career and build a new life in her birth nation.

The trial, which began in January, ended with Messing being handed a two-year suspended sentence, which is not yet legally binding and can be appealed.

After fleeing her home for the ISIS-controlled region of Syria in March 2015, the-then teenager reached Raqqa and became a high-profile IS bride.

Leonora would spy on German ISIS women during their ‘Islam lessons’ in the city to then report back to their husbands about how they were settling in.

Despite this, she even kept in contact with her family in Germany and often told her father about the gold jewellery she received on her wedding day and the horrors of the war in Syria.

Leonora said she twice tried to flee but was caught each time by her husband, before admitting she made a ‘big mistake’ and pleaded to return to her ‘old life’ in Germany.

In December 2020, she was controversially repatriated in one of four operations bringing 54 people, most of them children, back to Germany despite reluctance from many European governments in accepting the return of terrorists.