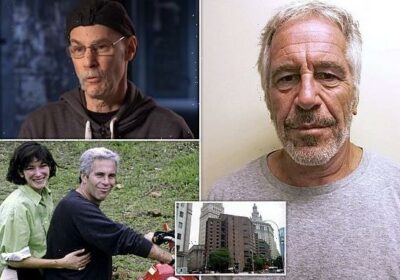 Jeffrey Epstein told fellow prisoners in the days before his suicide that ‘stocks are like women’, the billionaire pedophile’s cellmate Bill Mersey has revealed.

The disgraced financier was ‘in no way prepared to handle’ prison life and even ate his final meal off the floor and slept with an orange prison sock over his eyes.

Mersey told The New York Post: ‘The prison was abuzz with our new felon. He talked finance, saying, “Stocks are like women. You have to study to see what makes them happy. Observe their reaction to international news. Then you can predict their movements and that’s how you win.”‘

Epstein’s prison confidante, 71, said he once saw his cellmate return with neck abrasions, suggesting he had tried to hang himself.

Mersey said: ‘He struck me as depressed. Suicidal. He sat down on the bare floor, his back to his bunk, eating the prison food off a Styrofoam plate. 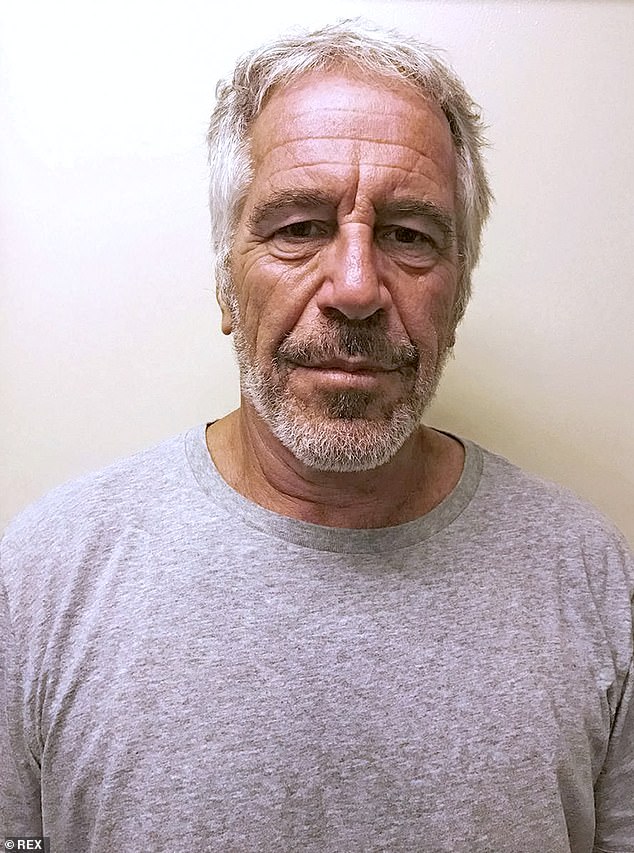 Jeffrey Epstein told fellow prisoners in the days before his suicide that ‘stocks are like women’, the billionaire pedophile’s cellmate Bill Mersey has revealed 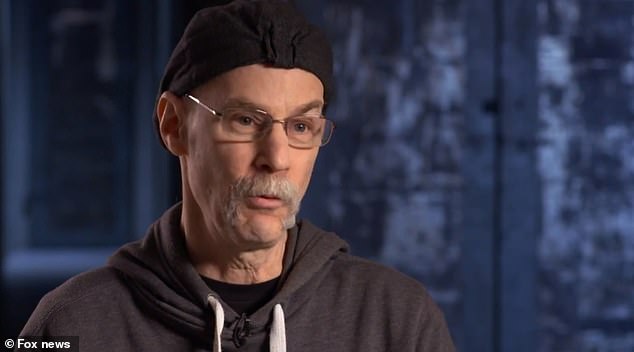 ‘I asked, “What the f*** are you doing? Why you eating on the floor?” “It’s just easier this way” was his response. As though he was somewhat resolved to his fate that night. He’d been denied bail and was facing the reality of the rest of his life behind bars.’

Mersey said another prisoner heard the sound of tearing sheets on the night the pedophile died, and says he has no doubts he took his own life.

Mersey served a year at the Metropolitan Correctional Center in lower Manhattan after pleading guilty to federal tax evasion for under reporting income from his escort advertising agency.

In prison, he signed up as an ‘inmate companion’ – an MCC program where prisoners complete four hours of training then take shifts around the clock to observe fellow inmates on suicide watch, for which they are paid as little as 12 cents an hour.

It was his work with the suicide program that led Mersey to become one of the few people who had direct contact with Epstein while he was in prison.

It comes as Ghislaine Maxwell’s trial resumes today as her defense team opens their case. 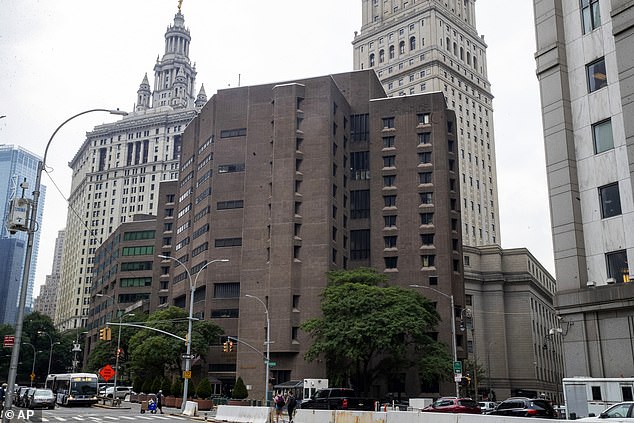 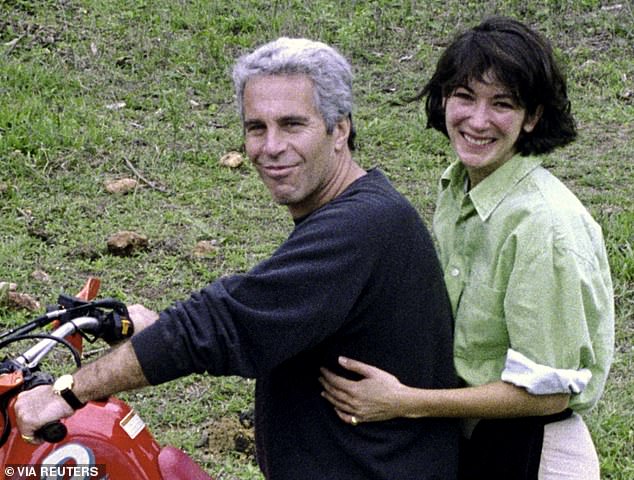 Epstein’s alleged ‘madam’ is set to come out fighting at her sex trafficking trial, helped by a parade of 35 witnesses.

Court papers reveal the British socialite’s defence could outsize the prosecution case, which had 24 witnesses over two weeks.

They included the four women who accused the 59-year-old of abusing them as teenagers or of ‘serving them up’ to Epstein.

Ahead of defense arguments, Maxwell’s lawyers surprised observers by saying they expected to hear all 35 of the testimonies in just two or three days.

Some of the witnesses are coming from abroad and three may not be willing to testify unless their identities are kept secret by the New York court. 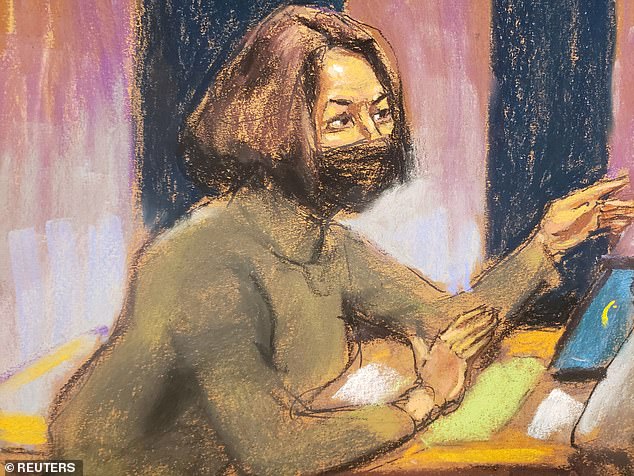 Ghislaine Maxwell, 59, is shown in a court sketch. No cameras are allowed inside her sex trafficking trial in New York City 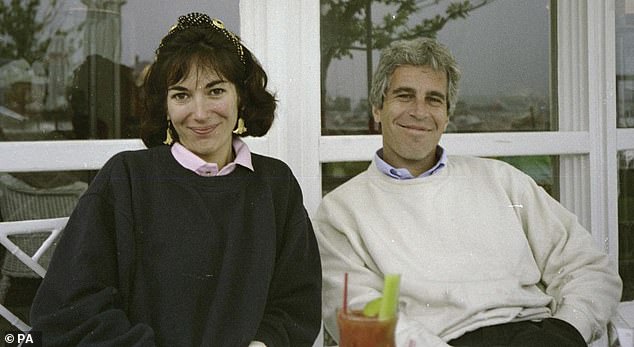 Court papers reveal the British socialite’s defense could outsize the prosecution case, which had 24 witnesses over two weeks 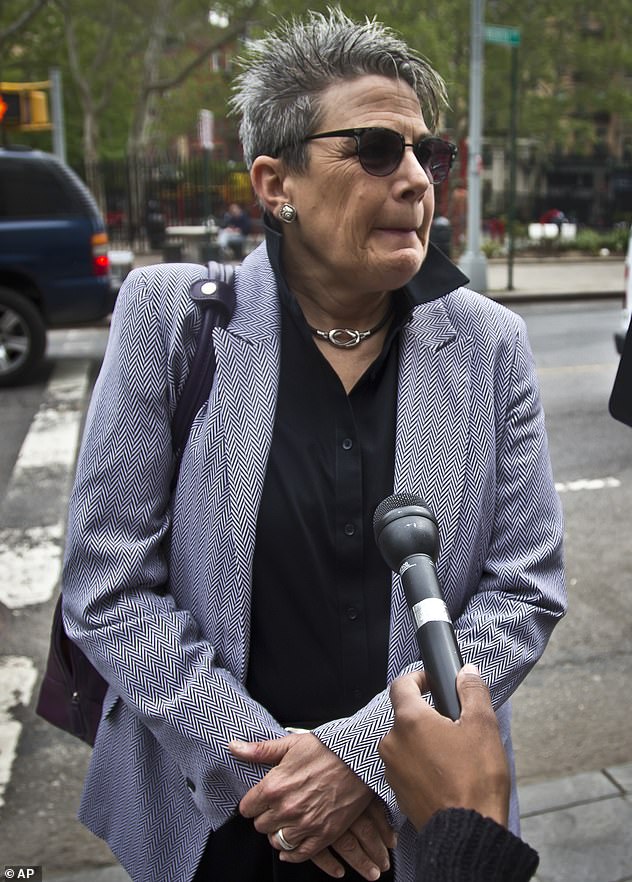 The fast-paced nature of the defense case – with potentially more than ten witnesses squeezed into each court day – means Maxwell will almost certainly not give evidence. Pictured: Defense lawyer Bobbi Sternheim

The fast-paced nature of the defense case – with potentially more than ten witnesses squeezed into each court day – means Maxwell will almost certainly not give evidence.

If she did, she would have to face being cross-examined for days about her life of luxury with financier Epstein.

Instead, the jury is likely to hear from Maxwell’s acquaintances and potentially family.

Her lawyer Bobbi Sternheim said in a letter to Judge Alison Nathan: ‘Three of the defense witnesses have requested to testify under their first names or under a pseudonym.

‘The court’s ruling on this issue may impact the willingness of these witnesses to testify, thereby compromising Ms Maxwell’s right to present her defense.

‘We are still trying to make travel arrangements for defense witnesses, many of whom are coming from locations out of the district and abroad.’

The names of the defense witnesses have not been released to the public.

Maxwell’s ‘little black book’ of contacts will also not be made public in her trial, the defense and prosecution have agreed. 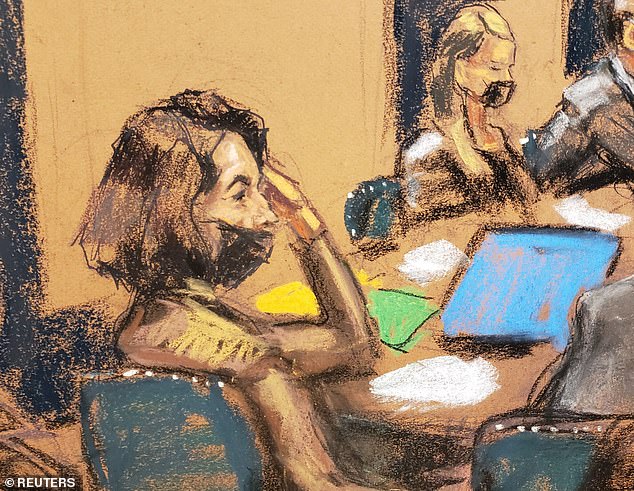 Maxwell, who could face an 80-year prison sentence if found guilty of six sex trafficking charges, will begin the ‘fight for her life’ in New York when her lawyers launch her defence case

Judge Alison Nathan ruled at Manhattan federal court that only small parts of the directory would be released under seal.

It is said to be a version of Jeffrey Epstein’s infamous 97-page book containing the names and addresses of almost 2,000 world leaders, celebrities and businessmen – including Prince Andrew, and former US presidents Donald Trump and Bill Clinton.

The Duke of York and others named in the book have denied any allegation they took part in sexual abuse.

In 2015, pages from Epstein’s book were published by online news website Gawker, but many of the contacts were redacted.

The directory was allegedly taken from Epstein and Maxwell’s Palm Beach villa by former butler Alfredo Rodriguez who made copies of it before attempting to sell it to an undercover FBI agent.

The decision not to include Maxwell’s directory in court was made by both legal teams over the weekend and will be a major boost to the defense.

Just a few pages, labeled ‘exhibit GX52’ were mentioned in the prosecution’s case after the judge had warned against ‘needless’ namedropping.

Only the small extract referred to in court will be released as an exhibit under seal, meaning it is visible only to the defense, prosecution and jury.

The six charges against Maxwell:

Transportation of a minor with intent to engage in criminal sexual activity (10 years minimum, life maximum)

Sex Trafficking of a Minor

Ghislaine Maxwell also faces two charges of perjury but those counts are due to be tried after her sex crimes trial.

The charges relate to testimony she gave in 2016 in a defamation case filed against her by Epstein accuser Virginia Giuffre.

Prosecutors say Maxwell groomed three girls between 1994 and 1997 for Epstein.

They are not named in the indictment, but she allegedly targeted them in London, Florida, New York and New Mexico.

Maxwell, it is alleged, would befriend the girls by asking them about their life and their schooling. She would put them at ease by taking them to the movies and taking them shopping, winning their trust to later deliver them to Epstein, it’s alleged.

To ‘normalize’ the abuse that would come later, prosecutors say she undressed in front of the girls herself and asked them sexual questions.

She then not only facilitated Epstein abusing them, prosecutors say, but took part in some of it herself.

The indictment also says Maxwell made the girl feel ‘indebted’ to Epstein by encouraging them to take money from him and let him pay for their education and travel.