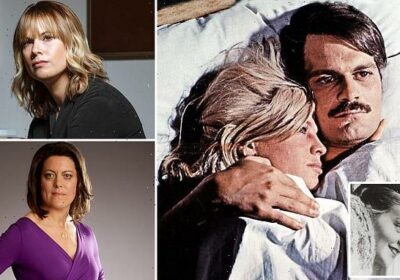 Two female authors are facing each other in court this week, in a landmark plagiarism case that centres on one of the most romantic heroines of all time, Lara Antipova from Doctor Zhivago. Lara! Do you remember Lara with the ‘snow white limbs’ and the enviable collection of winter wear? Lara the beauty in the fetching fur hats, Lara ‘the violent, sensitive, sensual girl’ whose every step across the war-torn steppe was accompanied by the trilling strings of the balalaika playing her very own theme song? How could we ever forget how she finally fell into the arms of her Yuri, played by Omar Sharif at his most dashing. More than six decades after Russian Boris Pasternak first created her on the pages of his great novel Doctor Zhivago, and 57 years after Julie Christie played her in the Oscar-winning film that followed, Lara is at the centre of another conflict. 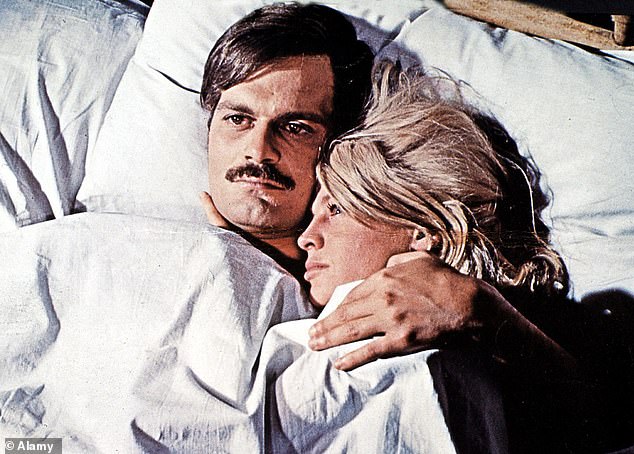 Two female authors are facing each other in court this week, in a landmark plagiarism case that centres on one of the most romantic heroines of all time, Lara Antipova from Doctor Zhivago

A bitter court case has begun in London between two writers who are each bound to Lara and to the Zhivago heritage in very different ways. One is British author Anna Pasternak, 55, who is the great-niece of Boris Pasternak and a Zhivago authority.

The other is American author Lara Prescott, 41, who was named after the fictional Lara because a) her mother loved the film and b) also owned a jewellery box that played Lara’s Theme.

Real Life Lara has developed a ‘lifetime fascination’ with Fictional Lara as a result. Miss Pasternak is arguing that extensive sections of her 2016 non-fiction book Lara, The Untold Love Story And The Inspiration For Doctor Zhivago have been copied and exploited by Miss Prescott in her 2019 debut novel, The Secrets We Kept.

Oxford-educated Miss Pasternak’s book was many years in the making, a factual account that delved deep into the history of her own family. It details how a woman called Olga Ivinskaya was not just her great-uncle Boris’s mistress and secretary, she was also his muse, the real-life Lara. 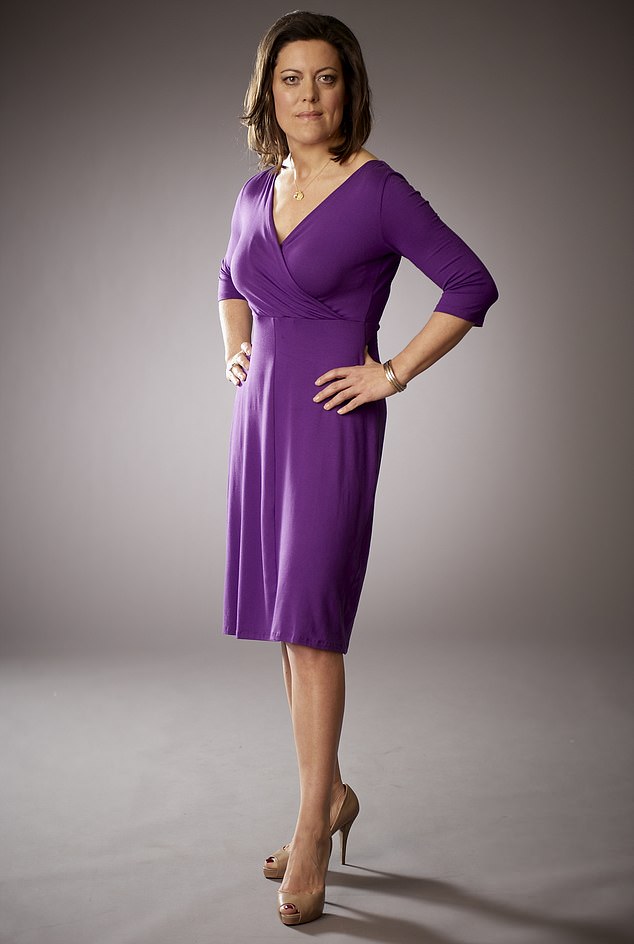 Anna Pasternak, 55, is the great-niece of Boris Pasternak and a Zhivago authority

‘Without Olga,’ she has said, ‘I think it unlikely that Boris would ever have completed Zhivago or had it published.’

She contends that Miss Prescott has appropriated her original research and copied it into her novel, a whip-smart Mad Men era typing-pool tale of how CIA agents smuggled copies of Doctor Zhivago into Russia during the Cold War — a propaganda plot which did actually happen when the book was banned in Russia for being critical of the new order that swept through the country in the early 20th century.

In particular, Miss Pasternak claims the narrative thread concerning Olga and Boris has been lifted straight from the pages of her own book. To make matters worse — cue dramatic balalaika music — she is also appalled by the liberties taken by the American author, who has created an imaginary sex scene between her great-uncle and his lover.

‘We came together like crashing boulders that echoed across Moscow,’ writes Miss Prescott’s panting Olga on page 127 of The Secrets We Kept. I think it’s fair to say this rocky simile left Miss Pasternak stone cold.

In a statement lodged in court, she states: ‘I consider it to be a trashy book that Boris and Olga would have hated.’ Also that the novel is ‘unworthy of Boris Pasternak and an insult to him’.

Miss Prescott claims her own book is also the result of original research. In a statement sent to a newspaper, called Miss Pasternak’s allegations ‘meritless and opportunistic.’

This is perhaps a literary Wagatha Christie; a highbrow version of the recent low, to very lowbrow, trial between Coleen Rooney and Rebekah Vardy. Instead of two footballers’ wives arguing in court over who leaked what personal information to tabloid newspapers and references to chipolatas, we have something much meatier; a blue stocking deadlocking over the tragic legacy of Lara.

The stakes are huge for both parties, with costs for the ten-day case expected to spiral above £2 million at least. Respondent Miss Prescott is being funded by her publishers Penguin Random House, while claimant Miss Pasternak is financially supporting herself, with help from friends and the Pasternak family.

If she loses it would be financially devastating for the married mother of one, who lives in Oxfordshire. In a recent interview her father Charles Pasternak, 92, the son of Boris’s sister Josephine, expressed his concerns.

‘Costs for us now run to £700,000,’ he said. ‘If a family friend hadn’t come to the rescue, the situation would have been desperate.’ He added he would never have the courage to bring the case. ‘In fact,’ he said, ‘I told Anna not to do it, but Anna has Boris’s courage.’ 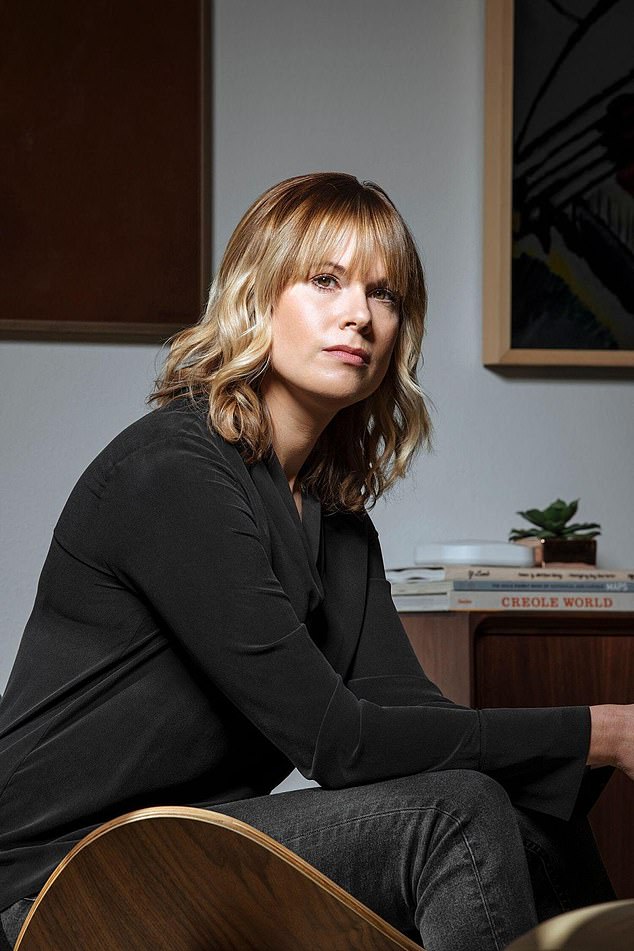 American author Lara Prescott, 41, was named after the fictional Lara

But is she courageous — or simply crazy to take this to court? On Monday in the High Court in London on the fourth day of the case, Miss Pasternak was cross-examined by Andrew Lykiardopoulos QC for the respondent. Under questioning, she made the startling admission that she had never actually read The Secrets We Kept, the book at the centre of the row.

‘I was sent it, I opened it, I saw the quote and I could not bear to read it. I know that sounds completely bizarre, given that is why we are here. It would have been ridiculous for me to have read it,’ she said.

Instead Miss Pasternak commissioned experts to compare the two books and here we all are.

Those who know her will testify to her passion and intensity, it’s almost as if she has an inner balalaika, strung to a very high pitch. There is a tin bath in her garden which she fills with ice for morning dips, she likes to eat black bread and read stirring Boris Pasternak quotes to prime her mettle. She is very Russian.

There was a stormy relationship with her first husband, an old Etonian journalist called Bill Coles. She cut his ties in half and once ruined his prized tomato crop when he annoyed her. He got revenge by telling her she had won the lottery — she hadn’t — then mooned her as she broke the news to her mother on the phone.

Next she married her therapist, Andrew Wallas. When they first met, he called her ‘a shallow, neurotic, posh Russian bitch’.

And while Miss Pasternak might be appalled at rocks crashing together in lust, her own 1994 book Princess In Love was widely ridiculed for its Mills & Boon style and ‘soapy adjectives.’

This notorious fictionalised account of the five-year ‘love affair between Princess Diana and Captain James Hewitt (‘he twiddled nervously with his chunk of signet ring’) used his testimony and Diana’s own love letters to him as sources. (‘My darling one, you are the most magical and special person I’ve ever met.’)

Pasternak says it took her ‘decades’ to rehabilitate herself from the fall out.

Yesterday the case moved on, sentence by sentence, paragraph by paragraph, comparing events in the two books — Olga’s vigil when Boris was dying, Olga’s miscarriage in the Lubyanka, Olga’s postcards from the gulag.

‘I don’t agree with you,’ said Miss Pasternak spiritedly at one point, her voice clear in the airless court.

The legal crux of the case is this; what protection do non-fiction writers have over novelists who swoop in, gather up their hard-gained research and seed it into their books to harvest big rewards?

The Secrets We Kept was published in a £2 million book deal three years ago. Since then it has been a Reese Witherspoon book-club pick, a New York Times bestseller and has been translated into 30 languages.

The film rights have been sold, while Miss Pasternak’s book is also in development, being adapted by Bafta-winning writer Guy Hibbert. 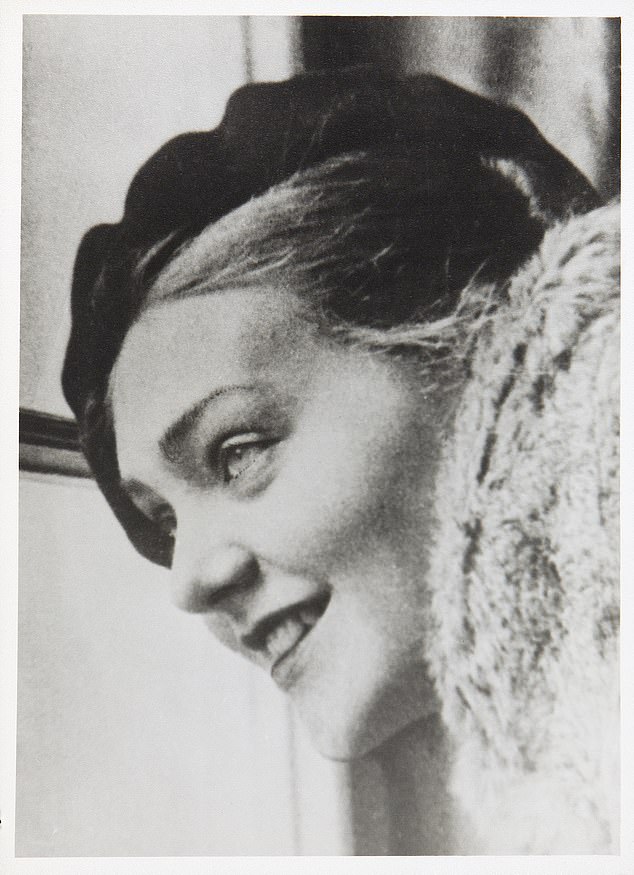 Some might argue that historical novelists have to get their research from somewhere, but Anna Pasternak is hoping a legal decision will go some way towards clarifying exactly how much research can be reused by a novelist in a fictionalised account without being acknowledged.

There is real tragedy here, but only in the life of Olga Ivinskaya, whose life story is at the heart of this case. She was imprisoned twice by the Soviets simply because of her association with Boris Pasternak.

His great-niece says Olga’s story should be told, given it is ‘one of unimaginable courage, loyalty and suffering’. Miss Prescott says: ‘I wanted to give Olga a voice that I think she’s been denied throughout history.’

Yet Olga herself was no secret — and neither was her terrible life nor her relationship with Boris. Some of his love letters to her were put up for auction in 1996, although there was little interest in them back then. Olga even wrote her own memoir, A Captive Of Time, which was published to little acclaim in 1978.

However, the very existence of Boris’s long-suffering mistress was a buried splinter of shame in the Pasternak family. In the past, they preferred to repress her role in favour of the more socially acceptable version that Lara was inspired by Boris’s second wife Zinaida instead. Anna Pasternak’s book changed all that and one could argue that Lara Prescott furthered that legacy, too.

In the remaining days in court we will hear evidence from Miss Prescott who claims she has not trespassed on anyone’s rights, creative or intellectual. In a statement she has said she just wants to ‘get back to ‘writing my second novel and being a good mother to my two-year-old son’.

The case, as they say, continues — and, soon enough, we will find out whether Anna Pasternak must pay a heavy price for defending a principle in which he believed.