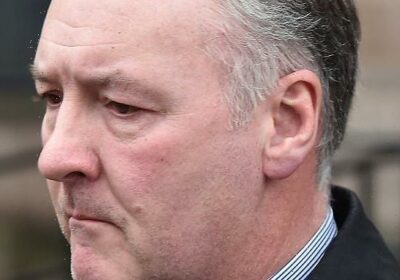 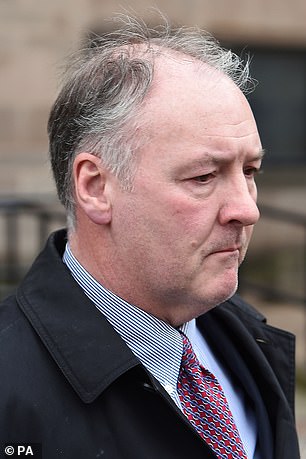 The Glaswegian-born breast surgeon, 62, is currently serving 20 years for his 14-year campaign of botched ops he carried out in the West Midlands.

Dozens launched claims after a £22million fund was set up in July to ­compensate patients he carried out unnecessary surgery on.

Linda Millband, head of clinical negligence at Thompsons ­Solicitors, which is representing more than 60 new victims said there is potential for ‘new charges’ according to The Daily Record.

Last year inquests were opened by the coroner in Birmingham into the deaths of seven women who were treated by the surgeon.

The investigation will be to see whether they might have died as a result of botched treatment at his hands.

They are among 23 deaths being investigated at the request of West Midlands Police.

Speaking about the new cases, Linda said: ‘If coroners find unlawful killing, that could trigger further investigation by the Crown ­Prosecution Service. I think there is a potential for new charges.’ 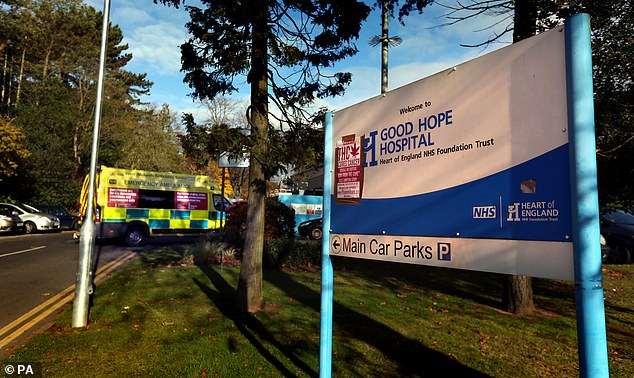 The Glaswegian-born breast surgeon is currently serving 20 years for his 14-year campaign of botched ops he carried out in the West Midlands (Pictured: Good Hope Hospital in Sutton Coldfield)

She added: ‘Most of the previous claims were for breast surgery on women but there do seem to be a lot more operations on men for colonoscopies and hernias.’

Spire Healthcare said the £22million fund ‘covers all the costs associated with contacting former patients of Ian Paterson last year and providing ongoing support to them’.

Paterson, who is due to be freed in 2027, was jailed in 2017 for wounding with intent and ­unlawfully wounding nine women and one man he treated between 1997 and 2011.

He convinced cancer patients to undergo ops in NHS and private hospitals by inventing or exaggerating the risks of tumours to earn extra cash and maintain a successful reputation.

Jailed for 20 years for wounding with intent: Ian Paterson

What was he convicted of? He was convicted of 17 counts of wounding with intent and three counts of unlawful wounding between 1997 and 2011, after a trial in 2017.

How did he harm patients? Paterson carried out ‘experimental mastectomies’ on women that left the breast tissue in place, allowing the cancer to return.

In some cases, he also advised treatment for women when they did not have cancer and offered them more expensive procedures.

Where did he work? Paterson worked at NHS hospitals in the West Midlands and private clinics including those run by Spire hospitals.

He carried out unapproved ‘cleavage-sparing’ mastectomies on patients that left behind breast tissue and risked a return of cancer.

In some cases he advised treatment for women who did not have cancer, offering them more expensive procedures.

More than 750 victims have already successfully claimed after receiving unapproved and life-threatening surgery from Paterson – who treated more than 11,000 patients.

Most of these victims were women who believed they had breast cancer, and received compensation from a £37million fund.

He worked at NHS hospitals in the West Midlands and private clinics, including those run by Spire hospitals.

Last year Spire Healthcare wrote to 5,500 former patients of Paterson  – who were seen by the surgeon between 1993 and 2011 – after being criticised by an independent inquiry for not doing enough to contact them.

Dozens are understood to have been told Paterson carried out ­surgery that was not needed.

Thompsons Solicitors said it had been asked to manage the new fund and to represent additional victims of Paterson’s crimes alongside Slater and Gordon.

He also had practising privileges in the independent sector at Spire Parkway, Solihull, and Spire Little Aston in Birmingham.