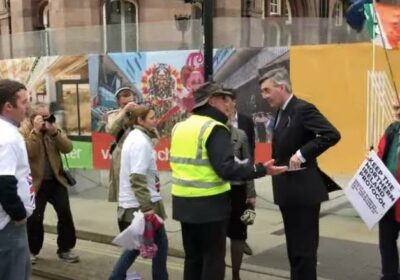 TORY minister Jacob Rees-Mogg was chased down the street and called "scum" by shameless protesters in Manchester today.

The Commons leader was hounded and booed outside the Conservative Party conference by an anti-Brexit rabble. 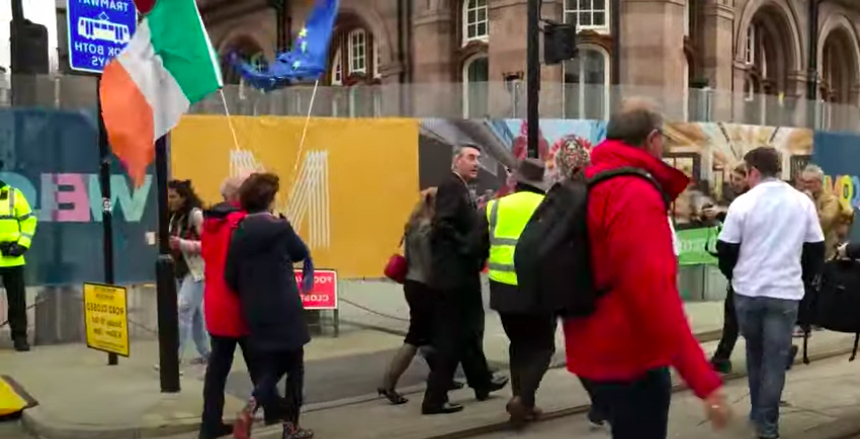 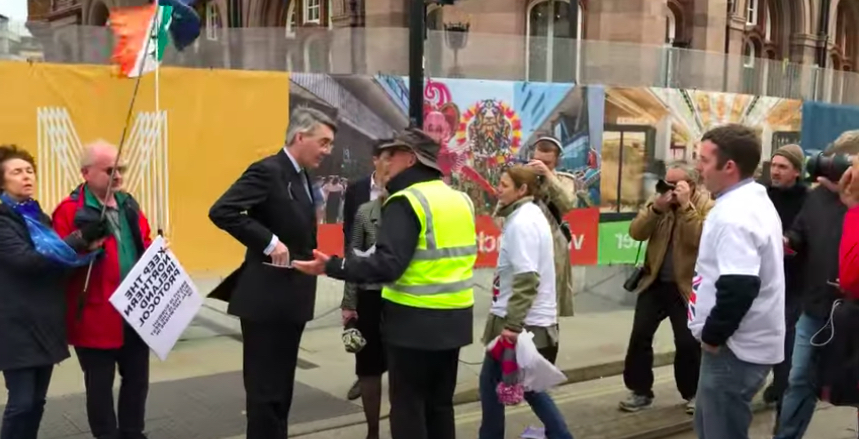 He briefly stopped to try and reason with the crowd, who were brandishing EU and Irish flags, before police stepped in.

Mr Rees-Mogg, in his trademark double-breasted suit, was then separately accosted by a man who blames the Tories for not being able to find work.

The man told the veteran Tory MP "you've made my life harder" and that he was a disgrace.

He added that the Commons leader was "an Eton millionaire who doesn't care about disabled people."

Former Tory leader Iain Duncan Smith also told delegates he had been "assaulted by protestors" on his way to a fringe event.

The veteran backbencher added that he'd spoken to police about the incident.

The incidents come after Labour's deputy leader Angela Rayner sparked a furious backlash by referring to Tories as "scum".

She made the remarks in a rant to activists at her party's own conference in Brighton last week.

Referring to the Conservatives she said: "We cannot get any worse than a bunch of scum, homophobic, racist, misogynistic, absolute vile, banana republic, vile, nasty, Etonian piece of scum."

Ms Rayner refused to apologise for the remarks which were criticised by members of her own side including Labour leader Sir Keir Starmer.

Around 10,000 delegates are in Manchester for the Conservative conference, which is taking place for the first time since 2019.

Yesterday thousands of protesters marched through the city calling for reforms to public services like social care and policing. 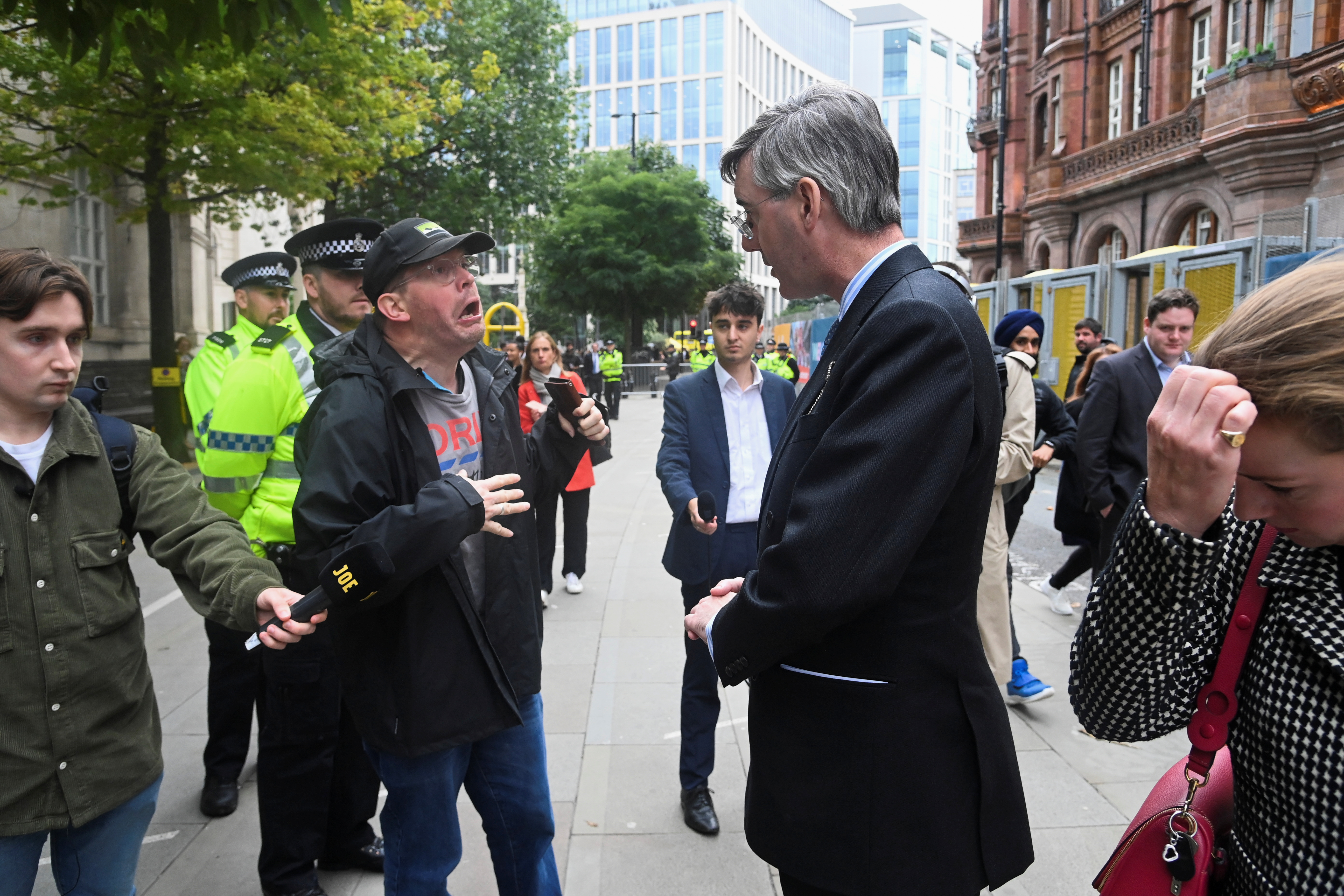 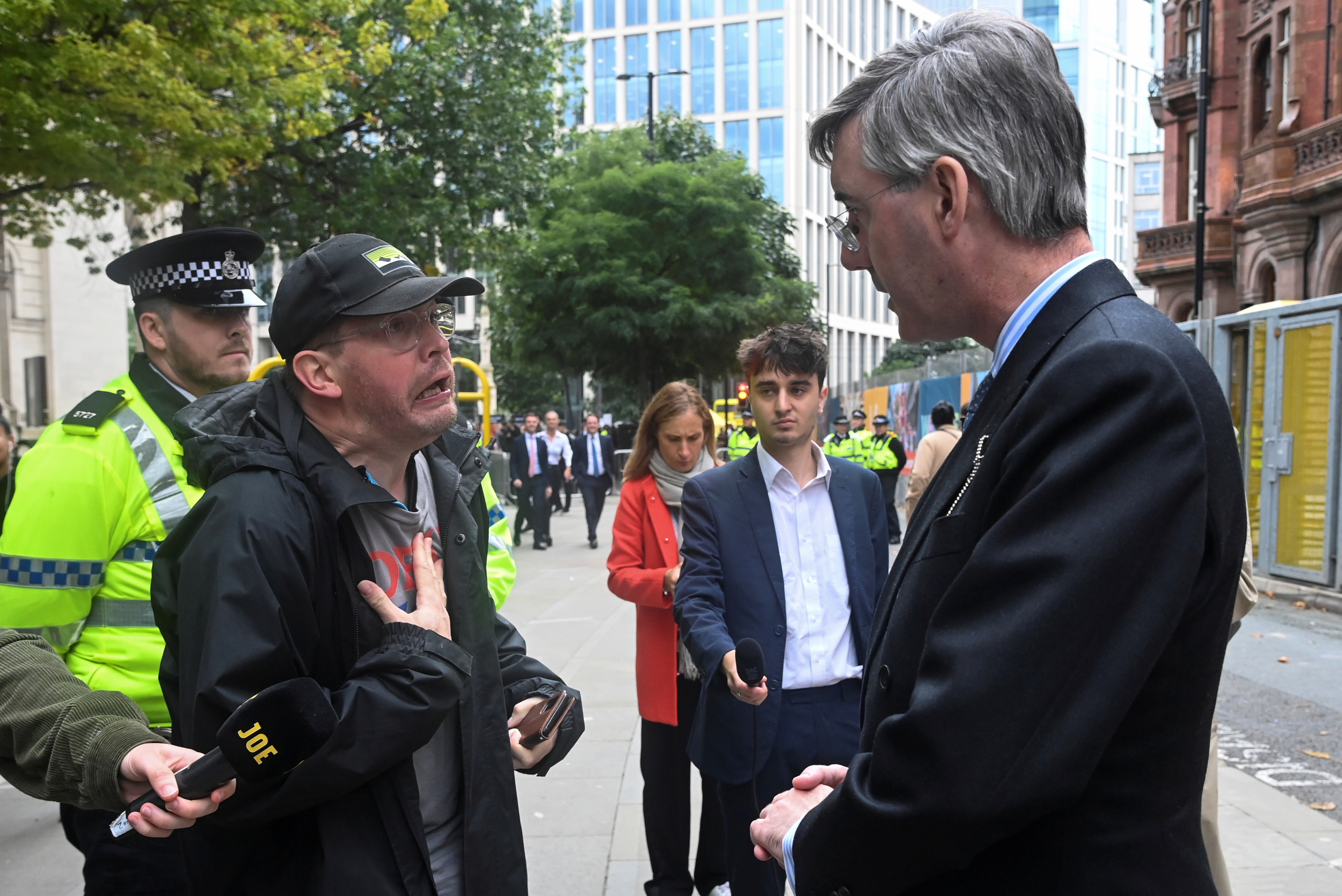 Rishi Sunak delivered the first major speech of the event today in which he pledged to cut taxes again as soon as he can.

But the chancellor vowed to patch up the black hole in the nation's coffers without resorting to "immoral" borrowing.

In his first conference speech he braced Brits for belt-tightening as he aimed to drag the country's bank balance out of the red.

He told a packed room: "I want to cut taxes – but in order to do that our public finances must be put back on a sustainable footing."

Taking aim at Labour he said: "I’ll tell you what is un-Conservative: unfunded pledges, reckless borrowing and soaring debt."

The spending regime breaks with 18 months of enormous splurging on pandemic packages such as furlough which blew a hole in the nation's coffers.

Bringing down the house with a firm commitment to traditional Tory values, Mr Sunak said: "I believe in fiscal responsibility.

"Just borrowing more money and stacking up bills for future generations to pay is not just economically irresponsible – it is immoral."

"Because it’s not the state’s money – it’s your money."