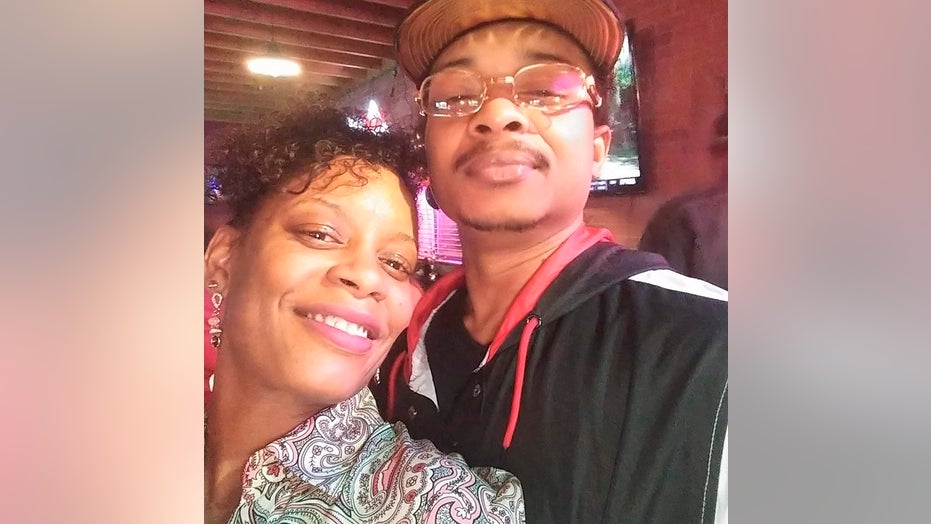 The father of Jacob Blake, the Black man shot multiple times by a Wisconsin police officer on Sunday, said his son was handcuffed to his hospital bed when he went to visit him on Wednesday.

"I hate it that he was laying in that bed with the handcuff onto the bed," said Jacob Blake Sr., according to the Chicago Sun-Times. "He can't go anywhere. Why do you have him cuffed to the bed?"

Blake was shot by a Kenosha police officer who was responding to a reported domestic dispute. The shooting has left the 29-year-old paralyzed from the waist down, his family said.

The Kenosha Police Department, Kenosha County District Attorney's Office and the Wisconsin Department of Justice did not return calls and emails from Fox News.

NBA CALLS OFF PLAYOFF GAMES IN PROTEST OF BLAKE SHOOTING 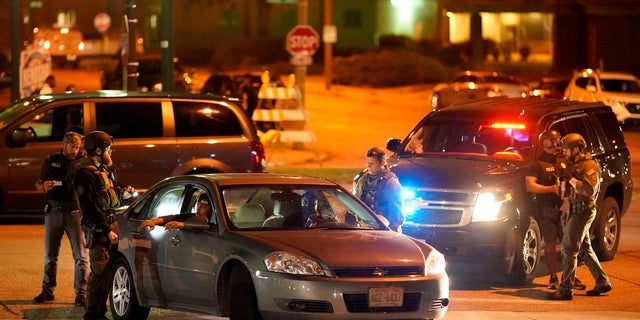 Police stop a car near where protesters gather for a fourth night to demonstrate against the police shooting of Jacob Blake in Kenosha, Wis., late Wednesday. (AP Photo/David Goldman)

The elder Blake said Gov. Tony Evers has reached out to his family, according to the Chicago Sun-Times. Evers, a Democrat, was asked about the Times report during a Thursday news conference.

"Hell, yes!" he said when asked if he was concerned about Blake being handcuffed. "I would have no personal understanding why that would be necessary. I can't imagine why that's happening and I would hope that we would be able to find a better way to have him get better and recover."

Blake Sr. also said his son began weeping and thought he was hallucinating when he saw him.

"I told him, 'You thought daddy wasn't going to see my son?'" he said, according to the Times. "He grabbed my hand, held it real tight and started weeping, telling me how much he loved me."

"His first question after he woke up was, "Daddy, why did they shoot me so many times?" Yang tweeted Thursday. "He wept to his father. He has restraints on even though he can't move his legs."

When asked what message he could share on behalf of the Blake family, Yang said the elder Blake said: "Tell them my son is a human being."

Demonstrators have flocked to Kenosha since the shooting, with the unrest turning violent at times. On Tuesday night, two people were fatally shot and another was wounded. Kyle Rittenhouse, 17, an Illinois resident, has been arrested in connection with the shooting deaths and has been charged with first-degree intentional homicide.