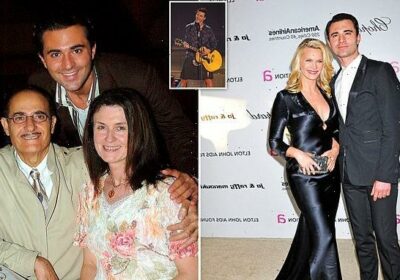 ‘I feel blessed …I’ve had an amazing life. Now I want to return to Scotland and give something back to the land that I truly love’: Darius Campbell Danesh’s last interview takes on unbearable poignancy after his untimely death at 41

Singer Darius Campbell Danesh believed he had lived a ‘blessed’ life and spoke of his deep yearning to return to Scotland, the land he truly loved, in his poignant final interview.

As a host of celebrities, friends and fans mourned his death last week and paid tribute to the man who went from reality show laughing stock to pop and West End stardom, the most heartbreaking words came from the Scottish icon’s own lips.

In a deeply personal final interview – published here for the first time – Darius also described his enduring love for Scotland, and his ambitious plans for the future, including spending more time in the land of his birth and working with charities to ‘give something back’.

He said: ‘I’m looking to form a new relationship with a country that I love coming back to, an extraordinary gem of a country that has contributed more to science and the arts and inventions than many countries could ever dream of. 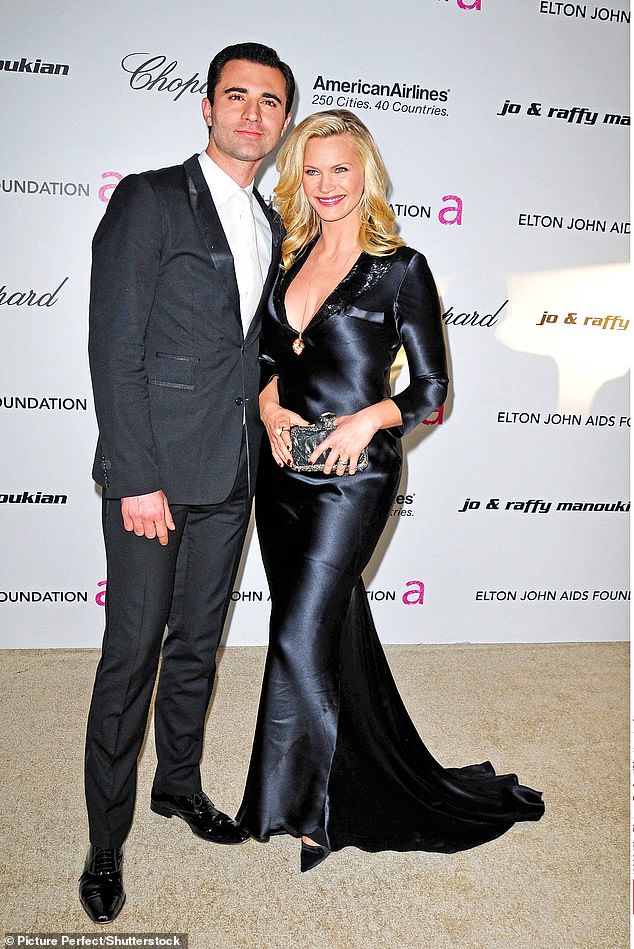 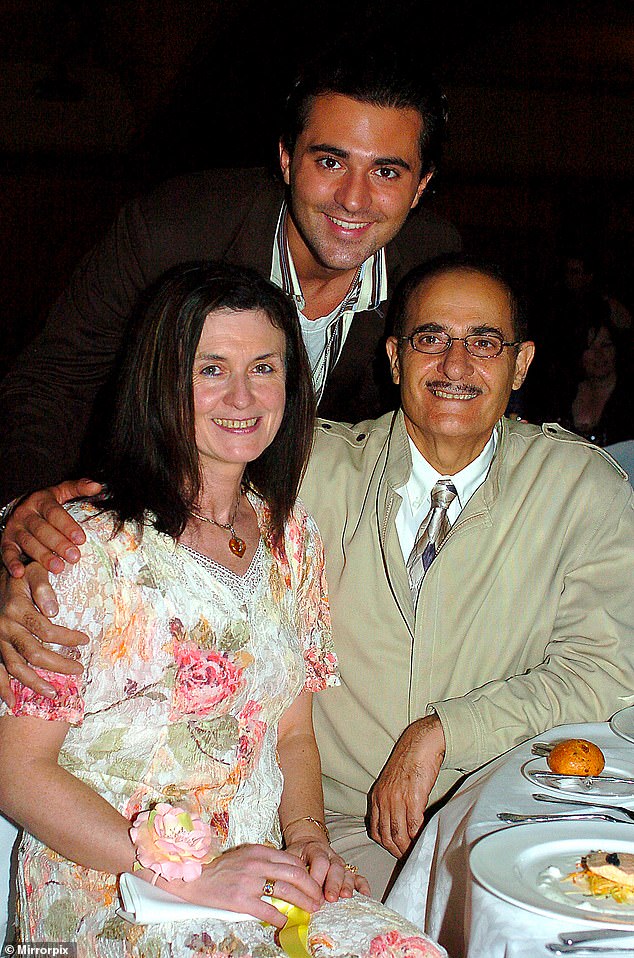 ‘I’m coming back to give back and to establish a base in Scotland.’

He added: ‘When you get to the peak of achievement, of doing all the things that you love, it’s all about giving back.’

The star’s words take on particular poignancy when so many are still reeling from the shock of his sudden death aged 41.

He was found dead in his bed at an apartment block opposite the Mayo Clinic in Rochester, Minnesota, on August 11.

Rochester Police Department said that while investigations into the cause of death were ongoing, there were ‘no signs of intent or suspicious circumstances’.

News of his death caused widespread shock and sadness, with pop mogul Simon Cowell, singer Gareth Gates and producer Pete Waterman among the many paying tribute to him.

At one time a career in music seemed unlikely after his famous – perhaps notorious – appearance on the reality show Popstars with a unique rendition of Britney Spears’ hit Baby One More Time.

However, he shrugged off the criticism and a year later, in 2002, found success on Pop Idol after coming third behind Will Young and Gareth Gates.

He quickly notched up a No 1 single, Colourblind, as well as a top ten self-penned album.

He then went on to win West End acclaim with roles in Funny Girl and Chicago.

A move to the US followed, along with marriage to Canadian actress Natasha Henstridge in 2011. The couple were divorced a few years later.

Despite the inevitable ups and downs of a life in showbiz – as well as recovering from a coma and a broken neck – the star was full of plans, including the promise of ‘new music on the horizon’. 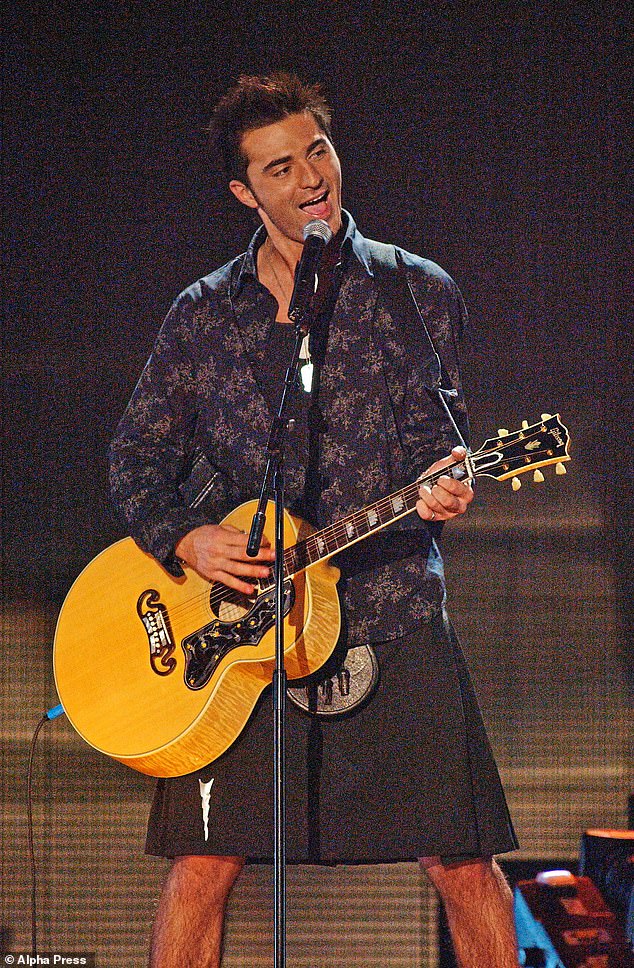 He talked proudly of his office on the Universal Studios lot, but was also planning a charity-based project which would allow him to return to his beloved Scotland.

He was already involved with organisations including the Prince’s Trust, the UN and the Annette and George Bell Foundation, which supports national and local projects for healthier and happier communities.

Darius said: ‘Everyone I’m speaking to is all about partnership-driven projects: giving back to our community, elevating those that are in need, focusing on the health and happiness of the people that matter most to us – our family first, then our community and then our country.’

As well as his various singing successes, which included a role in the opera Carmen, Darius moved into film production. He viewed that as a crucial step to spending more time in Scotland – and to ‘giving back’ after all his success.

Critically acclaimed for his role as co-executive producer on Imperium, starring Daniel Radcliffe, he said: ‘I always say the only reason I left Scotland is because the opportunities in entertainment were in London and Los Angeles.’

Although fame brought him celebrity friends – he was accompanied by one, Scots actor Gerard Butler, the last time he was photographed – his love and regard for his family remained paramount.

The whole idea of giving back has been deeply ingrained since his childhood in Bearsden, Glasgow, with his Scottish mother Avril Campbell Danesh, a GP, and Iranian father Dr Booth Danesh, a gastroenterologist.

Both endured serious illness, his father making an astonishing recovery after being diagnosed with cancer and initially being given three months to live.

A decade on, his mum was diagnosed with breast cancer and recovered after surgery, chemotherapy and radiotherapy. The singer described how his father invented a groundbreaking medical device for premature babies before he was born.

He said: ‘It was something that really inspired me and I was like, wow, it’s amazing how when you have a goal, and it’s bigger than you and a service to others, it’s amazing where your energy, your ingenuity, your dedication to something can come from.

‘The longest study in human happiness is at Harvard University and has been running for over 80 years. And do you know what the number one driver of happiness is? Health, love, friendship and doing things for others. It’s the quality of our relationships and giving back. Giving back is something that I learned from mum and dad.’

He added: ‘If we had a hierarchy of achievement, really the pinnacle of that is giving back and that’s why I’m back because I’ve been really blessed and really lucky to have had an amazing life of achievement in music and theatre and now in film.

‘And now I’m in a position where I really want to be able to bring those activities together, and focus on how game-changing technology – like my father’s invention of the heart-lung-kidney machine – can provide the answers for the greatest challenges that the world faces.

‘And so many of those breakthroughs came out of Scotland – from penicillin to cathode ray tubes, from our health to our entertainment, and the celebrations of so much art and architecture and Mackintosh. There are so many things that have come out of this great country.

‘I miss Scotland so much because the minute the plane touches, my breathing changes. We walk out the plane. I mean, beyond the fact that the Scottish air is better.

‘Not only that, everything is better. We can drink water out the tap. I’m coming back to establish a base in Scotland that brings award-winning content and cutting-edge charitable projects together.

‘If you look at VisitScotland and their official figures on how they quantify it, it’s said conservatively the TV show Outlander has achieved a 4 per cent per annum increase in tourism in Scotland. And that’s just one production.’

Darius suggested productions in Scotland should be allowed tax credits in return for a percentage of the profits to be ploughed back into community projects across the country and the rest of the UK.

He said: ‘You’re talking about a beautiful new economy where you’ve got an influx of new tourists and more attention and eyeballs on Scotland, because you’ve got Hollywood A-listers coming in filming here because of the scenery, celebrating our architecture.

‘You’re celebrating all these incredible gems and jewels that we’ve got in this beautiful land of Scotland.

‘What I want to do is bring award-winning content, and the opportunity to connect that with really cool charitable projects that increase efficiency, using the same kind of principles that George and Annette have used to build their business and build this charity – the same kind of efficiency and sustainability that my dad employed when he did a heart-lung-kidney machine.

‘They said it’s not possible and he said, ‘Why not?’ So it’s about what’s possible. It’s about how do we bring all these together.’

A constant theme in his last unpublished interview, which took place in 2019 before the coronavirus pandemic, was his love of family, which lay behind his name change from Danesh to Campbell and back again.

He said: ‘I have returned to the name that I was using when Simon Cowell first offered me a record deal, after I was lucky enough for people to support me through to the finals.

‘And Simon, I remember sitting down opposite him and he said ‘Mr Danesh’. He said, ‘I’m going to send you into the studio with Pete Waterman’. And that was the name by which I was known. When I first released my music, I didn’t use a last name because people didn’t use it.

‘And then it was only when I became an actor that I had to make a choice in choosing a last name.

‘So I became known as Danesh and then my grandfather died and I came home to Scotland. And I was lowering the casket. I could see his home, his workplace, where his wife, my grandmother, was born.

‘So out of respect for my grandfather, I asked professionally to be known as Campbell.

‘Dad was so supportive. My dad calls himself an adoptive Scot and sees himself as Scottish. He’s lived here for more of his life than anywhere else. And Dad said, ‘Go for it’.

‘And he was so generous. I mean, what father says to a son, ‘I’m happy with you using your mother’s maiden name’?

‘That’s a generosity of heart that I can only associate with the kind of love that I feel when I come home to Scotland.

‘Every time I look at my name, it reminds me of the ancestry I came from, and the responsibility that we all have once we’ve achieved a level of success to give back.

‘And what better way of every time I write my name down, I want to be reminded of that and also to honour my father who is for me, he’s my number one hero. My dad’s my hero. So I want to do this.’

While Darius and his former wife Natasha’s divorce was finalised in 2018 – something which he had previously said was the source of ‘a great sense of loss’ he was clear he was open to finding romantic happiness again.

He said: ‘I am single and looking for the kind of relationship my mum and dad have. Bring it on.’

It’s a poignant reminder of everything which might have been.