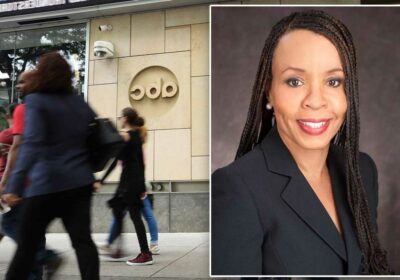 Kim Godwin, a longtime producer and executive at CBS News, has grabbed the top job at ABC News.

The history-making hire, which leaked out last week, sets up Godwin as the first black woman to lead a broadcast news division. The exec, who was second in command as executive vice president of CBS’s news division, succeeds James Goldston, who stepped down as president of ABC News earlier this year.

Godwin will start her new gig at the Disney-owned network in May and report to Peter Rice, the chairman of Disney general entertainment content.

“Throughout Kim’s career in global news organizations and local newsrooms, she has distinguished herself as a fierce advocate for excellence, collaboration, inclusion and the vital role of accurate and transparent news reporting,” Rice said.

In the new role, Godwin will not only oversee the network’s biggest shows from “Good Morning America” with George Stephanopoulos and “The View” with Whoopi Goldberg, but she will also be charged with fixing a troubled culture.

As reported by The Post, ABC News has been plagued by poor communication, a lack of diversity, feelings of distrust among staffers and oversized personalities running roughshod over the place under Goldston’s reign.

While Godwin’s addition to ABC marks a seismic change in the upper echelon of broadcasting, her departure also leaves big question marks at CBS. On Tuesday, the Wall Street Journal reported that Godwin’s boss, CBS News president Susan Zirinsky, would soon be stepping down from her perch. Now CBS has two big roles to fill.

“I have immense respect and admiration for ABC News,” Godwin said in a statement Wednesday. “As the most trusted brand in news, they are to be commended for the extraordinary work and dedication of the journalists, producers, executives and their teams across the organization. I am honored to take on this stewardship and excited for what we will achieve together.”