"When I said I was from Howard, a HBCU, he literally was like, ‘So what are you, man? You a bus driver?’ That’s how he came off on me at first," Puryear can say with a laugh now. "I said, ‘Tell you what – you better Google me,’ and I hung up on him."

It didn't take Odom, who will be making his PGA Tour debut this week from May 5-8 at the 2022 Wells Fargo Championship at TPC Potomac at Avenel Farm in Maryland, long to realize who his suitor was – a former national-champion assistant at Stanford who became the first Black head coach at a Power Five institution (Michigan State).

The two patched things up quickly and Odom eventually transferred to Howard. But the interaction was emblematic of the challenges Puryear faces in eliminating the perception Historically Black Colleges and Universities (HBCUs) can't compete with resources available at other institutions – or that HBCUs can't produce elite golfers.

SPORTS NEWSLETTER: Sign up now for daily updates sent to your inbox

Odom admits he actively avoided HBCUs his first time through the recruiting cycle, which ended with him becoming the first Black golfer at the University of Memphis men's team. He wasn't keen on the idea when he entered the transfer portal in 2020.

Puryear persisted. He told Odom about the professional possibilities that awaited if he came to Howard, despite the miniscule number of pro Black golfers. A multi-million-dollar investment from an NBA star, combined with Odom's skills, made it a reality.

"It's all happening," Puryear said. 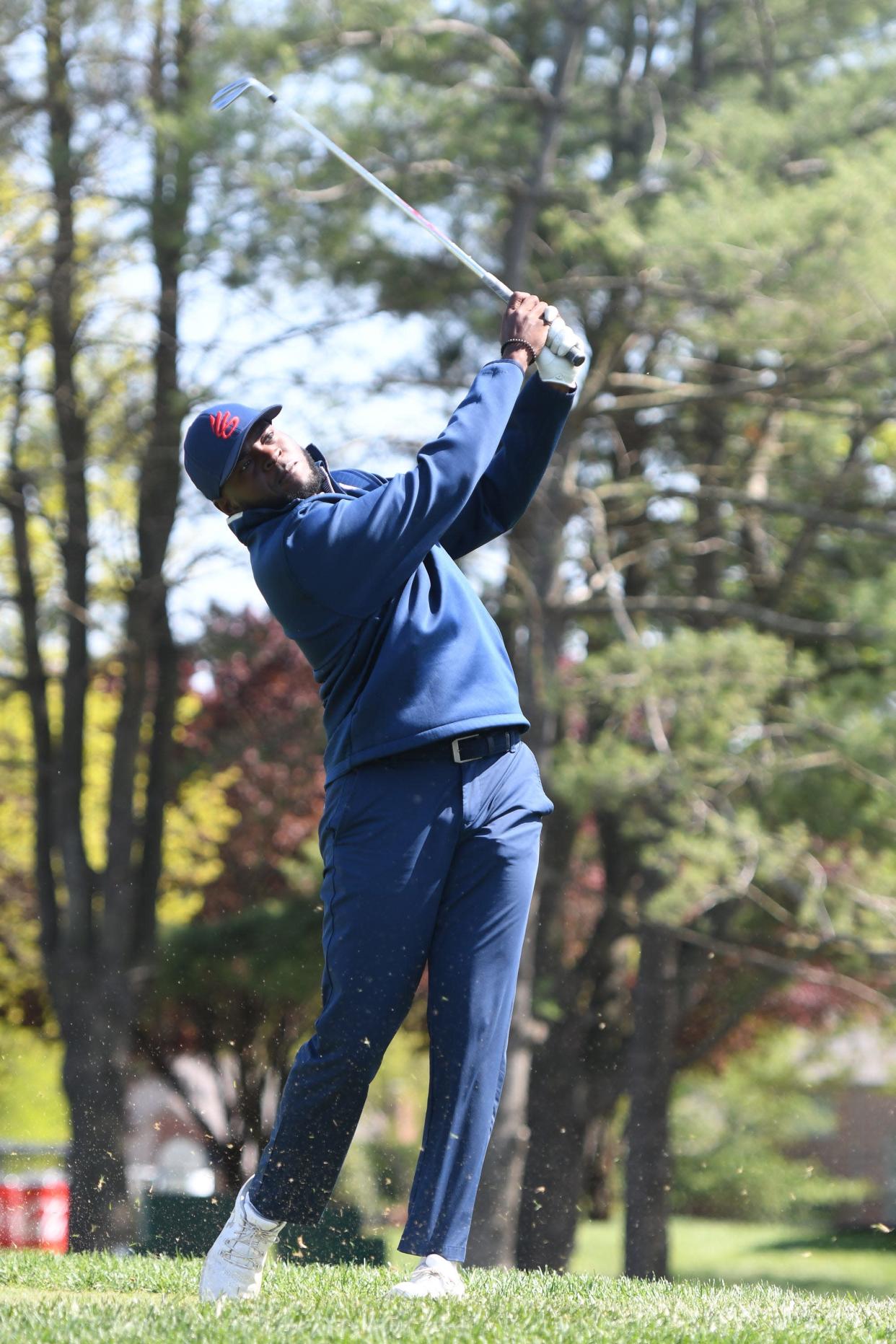 An exemption and the exception

Odom will tee off against stars like Rory McIlroy and Rickie Fowler at Avenel Farm (Quail Hollow in North Carolina, the tournament's usual location, is preparing to host the President's Cup) thanks to a sponsor exemption from Wells Fargo.

"Growing up, I knew that I would be here one day. But I just didn’t know how soon and how I was going to get there. But I’m here now and I’m ready to put my game on showcase," said Odom.

“We have a long history of supporting HBCUs, and this year we are using the Wells Fargo Championship to create once-in-a-lifetime experiences for young, diverse golfers,” Wells Fargo senior vice president for sponsorships and brand engagement Pam Batalis said in a statement.

Four of the 250 card-carrying members on the PGA Tour are Black. There are 24.5 million recreational golfers in the United States, United Black Golfers Association president Vernel Bennett said, yet just 800,000 (3.3 percent) are Black.

"We had more (Black) golfers yesterday than we have today," Bennett told USA TODAY Sports.

On top of the financial barriers to entry, Bennett said, there are other factors that limit Black participation – transportation, for example.

"Because where we live, there aren’t any golf courses," he said.

In that case, Odom is the exception. His father, Gregory Odom Sr., had him on the golf course at age four with a set of clubs purchased at a home and garden store. The duo started playing scrambles against the elder Odom's friends in the Memphis area. They always won. The younger Odom became accustomed to the feeling of victory.

Odom Jr. played in his first individual tournament at seven or eight, he said. He won that too.

"That made me really start to fall in love with golf," Odom said.

He made lifelong friends on the golf course. They looked like him. As he aged and began playing in more competitive tournaments, he began to realize his singularity. 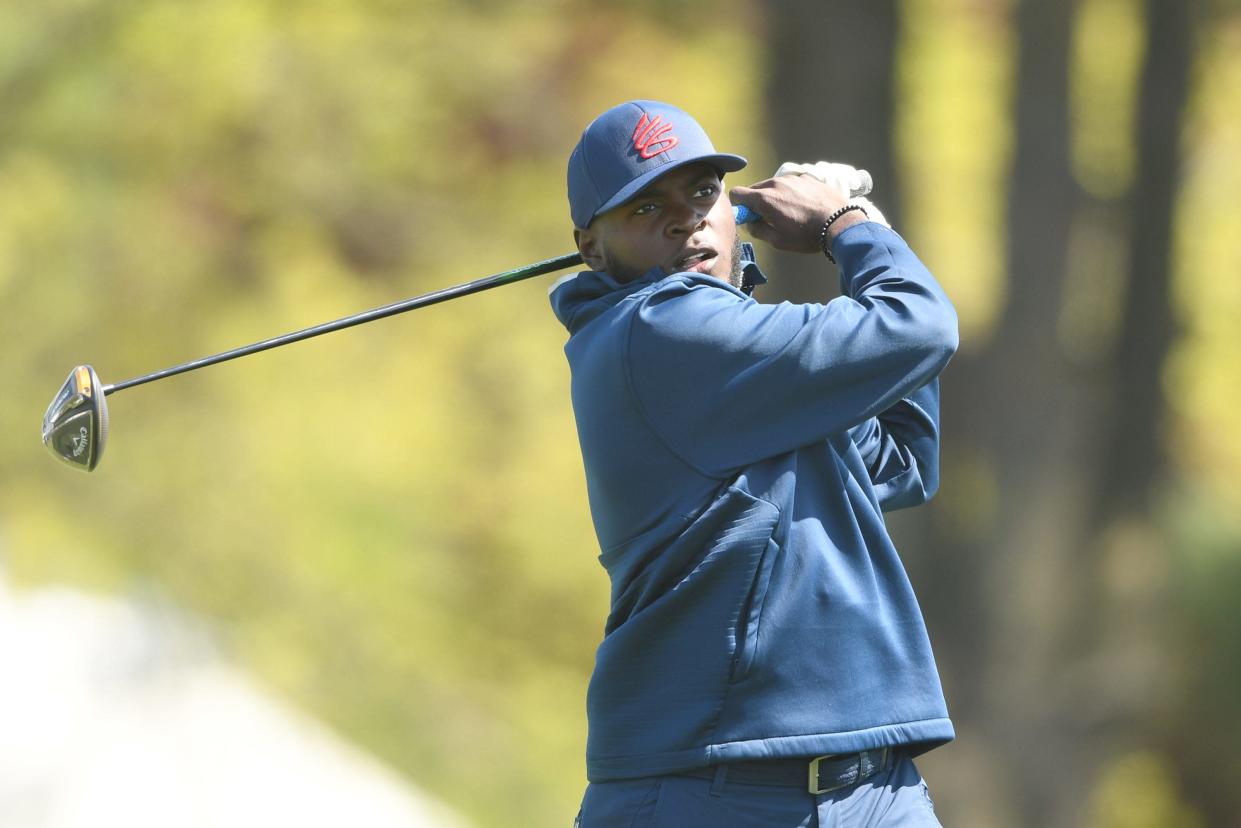 Noticed late on the recruiting trail, Odom said, he chose to stay close to home and attend Memphis. After two years, he was ready to explore opportunities elsewhere. Then the call from Puryear came.

After their first interaction went awry, Puryear called his friends in the Memphis area. He realized Odom was like him – passionate, and willing to cut people out of his life if they weren't willing to help him reach his dream of becoming a professional golfer.

“He would be the perfect starting point to build a team around,” Puryear said.

On April 20, Odom steered the Bison to its first-ever Mid-Eastern Athletic Conference Championship. He led wire-to-wire and was named the Outstanding Performer in the field.

Last season, he won the PGA Works National Championship – an annual competition that features the best players from HBCUs, Hispanic-serving, and other minority-serving institutions – at TPC Sawgrass for his first collegiate title. Odom, again the low scorer, defended that crown in Philadelphia this week before returning to TPC Potomac.

Having a coach like Puryear helped construct team chemistry while competing at a high level.

“It definitely is a comfortable setting,” Odom said of his Howard experience.

HBCU golf received an influx of support and attention in 2019 when Golden State Warriors guard and two-time NBA MVP Stephen Curry announced six years of funding to men's and women's programs at Howard.

"Without him, this wouldn’t be possible," Odom said. "When you have the resources, you can compete at a high level and you can start to bring more attention to the school."

Curry isn't the lone NBA connection to HBCU golf. Former Sixth Man of the Year J.R. Smith enrolled at North Carolina A&T and was a freshman on the men's golf team this past year (Odom said he and Smith never played in the same tournament).

"I love that the students look like me," said Puryear, who said he is trying to build "Stanford East" at Howard. 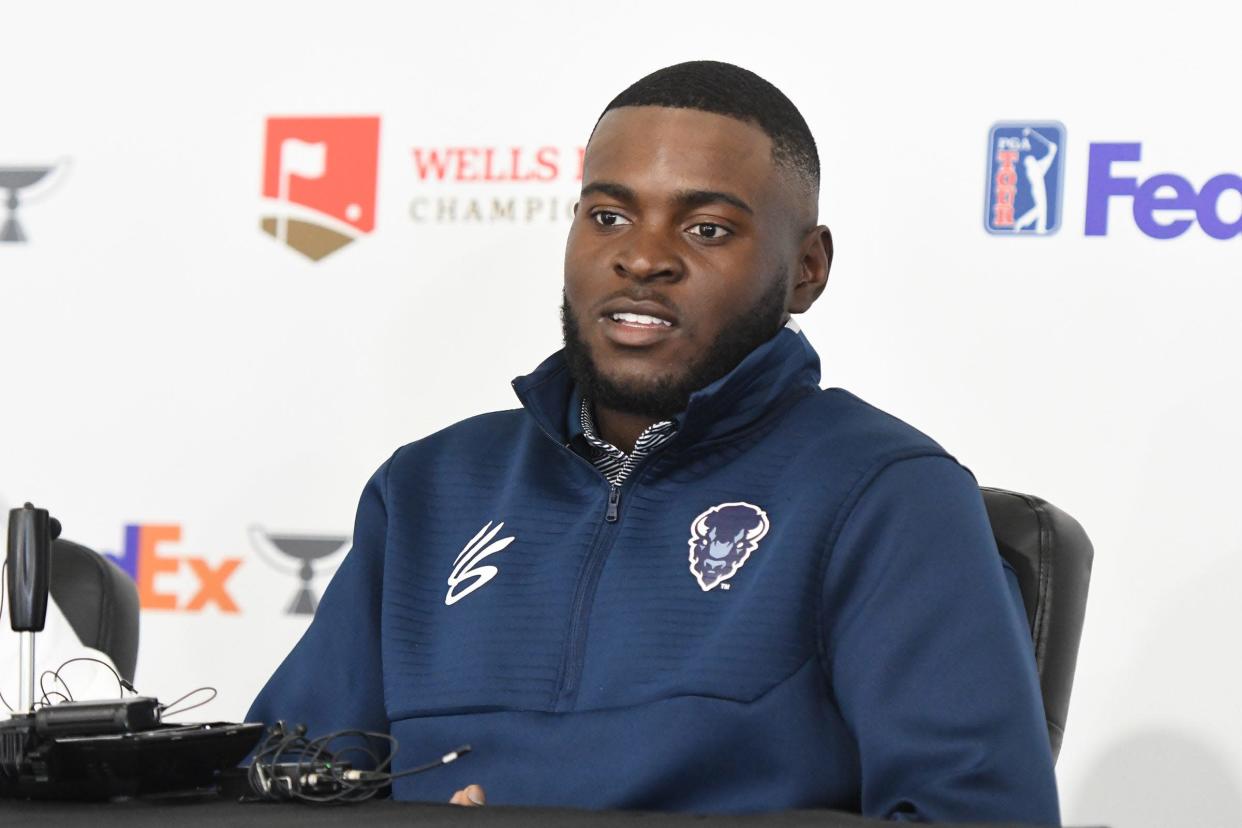 To increase the number of Black golfers, and therefore HBCU golf prominence, there are varying approaches. Odom – thinking back to his teenage days, when he lacked the direction that tournaments through the American Junior Golf Association (AJCA) or similar organizations offered — believes that mentorships are vital.

Puryear has been dismayed by the dearth of Black local talent in the D.C., Maryland and Virginia areas while recruiting. A "non-traditional approach" is required, he said.

"We have to go into communities where there is no golf, and we have to knock on doors, and we have to invite some of those students who are only thinking about basketball and football and invite them out to the golf course," Puryear said.

Bennett, the UBGA president, also thinks schools are an avenue for the golf industry to diversify.

“You got to get them to the kids at an early age, at the schools, so they can see it,” he said. “The game is a beautiful game because it’s not a game of muscle. It’s a game of thought. It’s a game of contact and (memory). So when I give my presentations on Black history and golf, I connect all those things to it.”