Israel says it downed a Hezbollah drone that crossed border 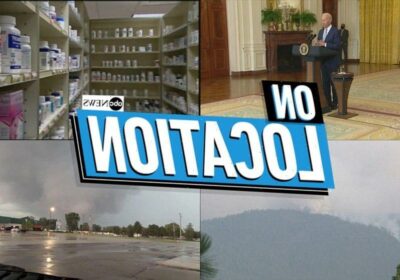 In a statement, the army said it downed the drone after it crossed the border into Israeli airspace. The incident on Wednesday was the latest uptick in activity along Israel’s northern border.

Last week, the Iran-backed militant Hezbollah group claimed credit for firing rockets toward Israel. That was preceded by a rocket attack launched from Lebanese territory, though it remained unclear by whom. Israel responded with artillery and rare airstrikes.

Lebanon is experiencing its worst economic and financial crisis in its modern history, which the World Bank describes as among the worst the world has witnessed since the mid 1800s.

Still, Israeli Prime Minister Naftali Bennett said the Lebanese government is responsible for attacks launched from Lebanon toward Israel, no matter by whom.

Israel estimates that Hezbollah possesses over 130,000 rockets and missiles capable of striking anywhere in the country. In recent years, Israel also has expressed concerns that the group is trying to import or develop an arsenal of precision-guided missiles.

Hassan Nasrallah, Hezbollah’s leader, said he’d retaliate against any future Israeli airstrikes on Lebanon and added it would be wrong to assume Hezbollah would be constrained by internal divisions in Lebanon or the country’s harsh economic crisis.

U.N. Secretary-General António Guterres on Sunday said it was important for all sides “to avoid actions that can further heighten tensions and lead to miscalculation.”