Raw video: The Israel Defense Forces released footage of an airstrike against eight Iranian targets in Syria. The strikes came after 3 IEDs were found inside Israeli territory.

According to the Israel Defense Forces (IDF), among the targets hit were storage facilities, headquarters and military compounds controlled by the Iranian Al Quds forces and Syrian armed forces. In addition, Syrian advanced surface-to-air missile batteries were struck after they fired at Israeli warplanes.

Syrian state news agency SANA said three soldiers were killed and one was injured in the attack. There was no immediate information on Iranian casualties. 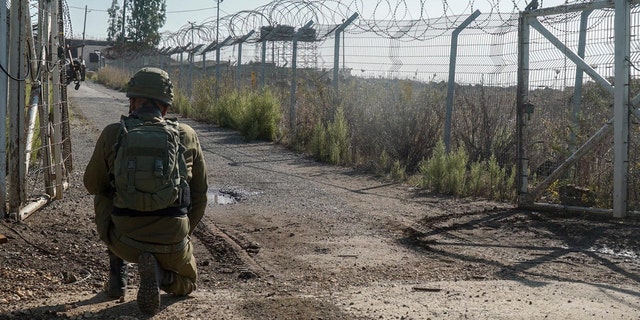 The strikes were a retaliatory attack after 3 IEDs were identified and dismantled inside Israeli territory in the Golan Heights, near the border with Syria, on Tuesday.

In a rare instance, the Israeli Army shared information about the attack and released a video of the strikes.

Israel has carried out hundreds of airstrikes in Syria since the beginning of the civil war in 2011 and the growing Iranian presence there. However, it has seldom commented on reports.

In a phone conversation with Fox News, IDF International Spokesperson Lt. Col. Jonathan Conricus said the IEDs were planted by a Syrian cell that acted under Iranian guidance and direction. 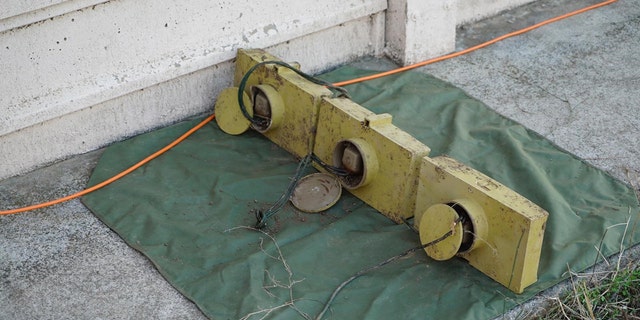 A photo of the IEDs that Israeli officials say were planted by a Syrian cell under Iranian guidance and direction. (Israel Defense Forces)

Israeli Prime Minister Benjamin Netanyahu addressed the Iranian entrenchment in Syria and said: “We will not tolerate any attempt to attack us from Syrian Territory. Whoever tries to attack us or attacks us – will bear the consequences”.

Israeli Defense Minister Benny Gantz warned the enemies of Israel that the Jewish state “will not tolerate any violation of its sovereignty on any front. The Syrian regime is accountable for what happens on its territory or out of its territory." 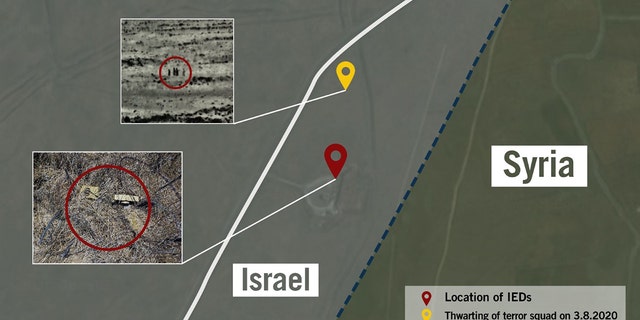 Illustration of where the IEDs were found. (Israel Defense Forces)

A similar attack was carried out in August when Israeli fighter jets and helicopters struck military targets in southern Syria after thwarting an infiltration attempt from Syria into Israel trying to plant explosives near the border.

Israel’s northern borders with Syria and Lebanon have been tense in recent months following threats by the Lebanese terror organization Hezbollah to avenge the group’s fighter that was killed in Syria in July by an airstrike attributed to Israel.

The airstrikes happened as U.S. Secretary of State Mike Pompeo is in Israel, where he is expected to tour a West Bank winery – marking the first time a top American diplomat has visited an Israeli settlement. It is seen as a parting gift from an administration that has taken unprecedented steps to support Israel's claims to the war-won territory.