Home » World News » Is there anything Trump touches that isn’t corrupt?

Is there anything Trump touches that isn’t corrupt? Washington: President Donald Trump would like to consider himself a modern-day King Midas, with the ability to turn anything he touches to gold (and his Manhattan apartment certainly looks like the actual Midas careened drunkenly about the place, laying hands on everything from the wallpaper to the furniture). But it's becoming clearer by the day that everything he touches is poisoned by corruption.

It's not as though we didn't know it before, but somehow the Republicans who followed him into power in Washington haven't fully reckoned with what they made themselves a part of. 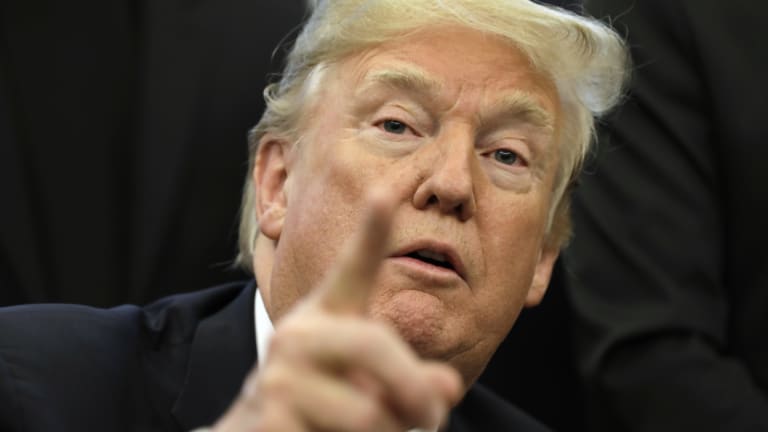 US President Donald Trump is always looking to get paid.Credit:Bloomberg

At this point, the only surprise would be if there hadn't been any corrupt dealings in the inauguration. It has long been a source of suspicion (for those who care about this sort of thing), because the records are not public, and the sums are staggering.

How could they have spent that much money? One clue comes in the form of an event-planning company called WIS Media Partners that was formed 45 days before the inauguration, and was led by Stephanie Winston Wolkoff, a friend of Melania Trump. The company received an incredible $US25.8 million in inaugural funds for doing … something or other.

According to The Wall Street Journal report, prosecutors now have a tape of her and Michael Cohen in which "Ms Wolkoff expressed concern about how the inaugural committee was spending money".

You don't say. "Ms Wolkoff and several partners were paid about $US1.6 million of the $US25.8 million, and the remainder went to subcontractors, a person familiar with Ms Wolkoff's work said," The Wall Street Journal reports.

Subcontractors, yes. Am I the only one who suspects that some of those millions found their way into Trump's bank account, through a web of cutouts and shell companies? And that if we actually saw his tax returns we'd be able to trace the path back to him?

Perhaps that's unfair of me; after all, as of yet we have no evidence that such a thing occurred. But at this point, it's hard not to assume that, if Trump is involved, there's probably something corrupt happening and it probably means he's getting paid.

We see it in even relatively trivial ways, such as Trump charging the Secret Service hundreds of thousands of dollars to use golf carts to get around his properties when he visits there, or the fact that he has offered ambassadorships to four different members of his Mar-a-Lago club, all of whom have paid him six-figure sums in membership fees.

His tax returns are the key to answering those questions, which is why he will fight like hell to keep them secret. When the House Ways and Means Committee demands them once Democrats take over in January, as it has a legal right to do, Trump will probably order the IRS not to comply with the law, and the whole matter will end up before the Supreme Court. There's no telling if the court's five conservatives will save him, but before they decide, we'll have plenty of time to debate it.

And when we have that debate, what will Republicans say? How will they argue that the American public, faced with the most comprehensively, blatantly, obviously corrupt president certainly of our lifetimes and perhaps in all of American history, has no right to see the documents that could reveal the full extent of his corruption?

How will they look voters in the face and say, "You don't have to know – just trust Trump that everything is on the level"? How will they claim afterwards that they care in the least about integrity in government? How will they sleep at night?

If history is any guide, they'll find a way. And who knows, maybe Trump will get away with all of it. But every new question we ask reveals that this President and this presidency is even more rotten than we realised. We've only begun to plumb the depths.