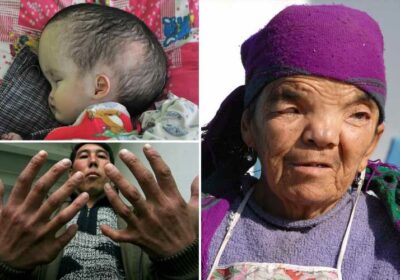 BIRTH defects and cancers blight the tortured people who have the misfortune of living in the world's most radioactive places.

More than seven decades on from the first atomic bomb tests, the fallout continues to wreak havoc with these communities. 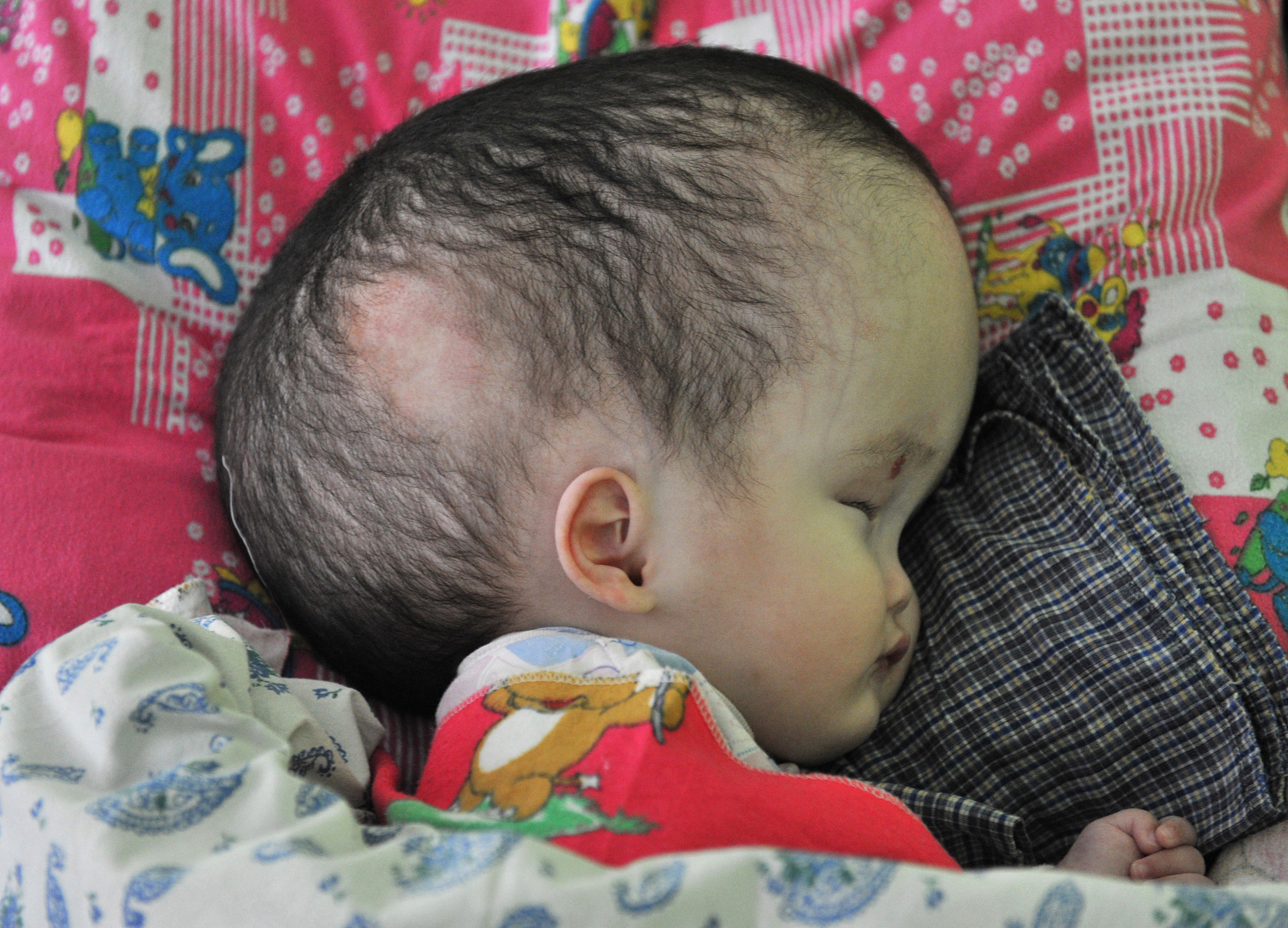 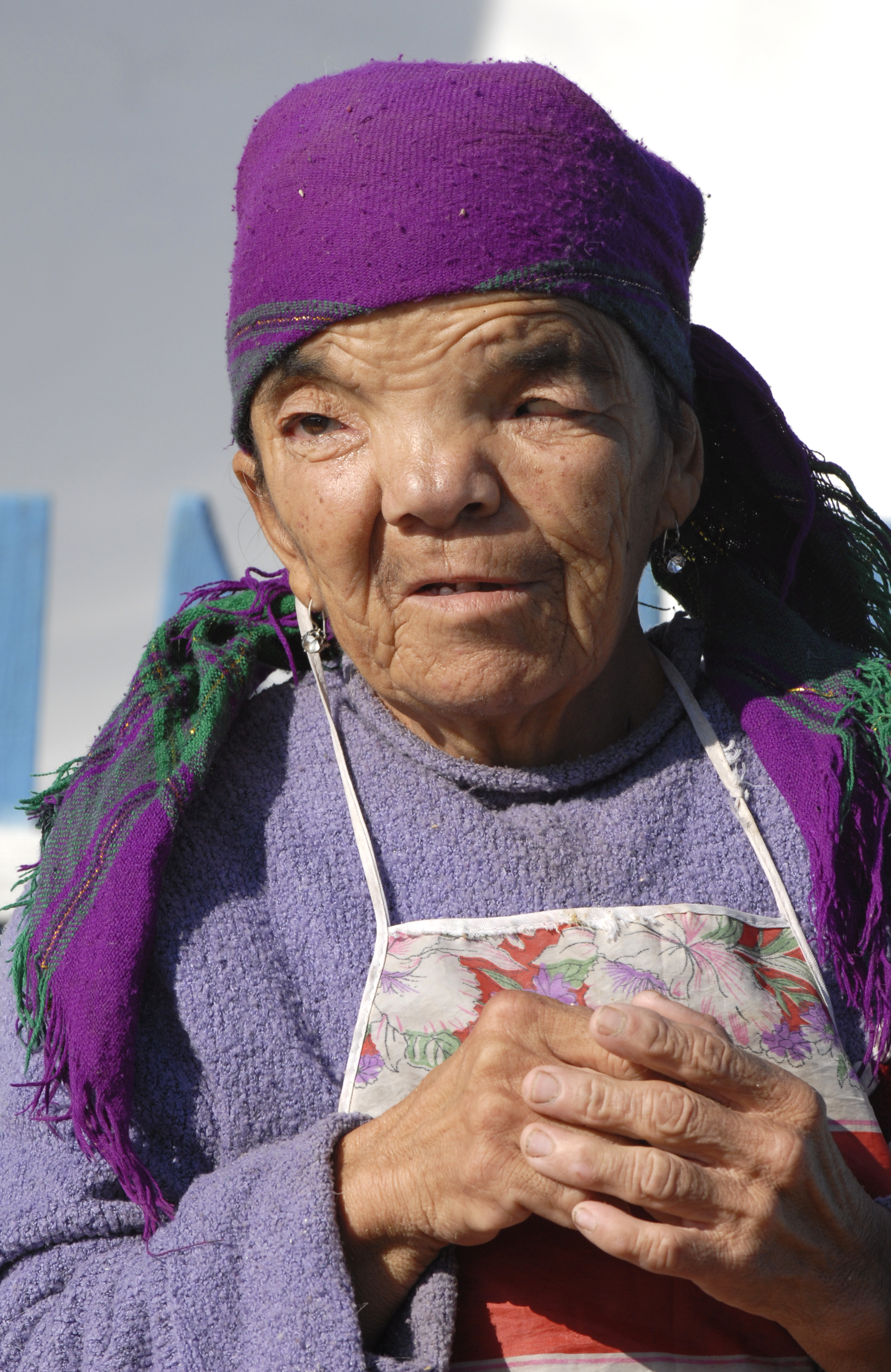 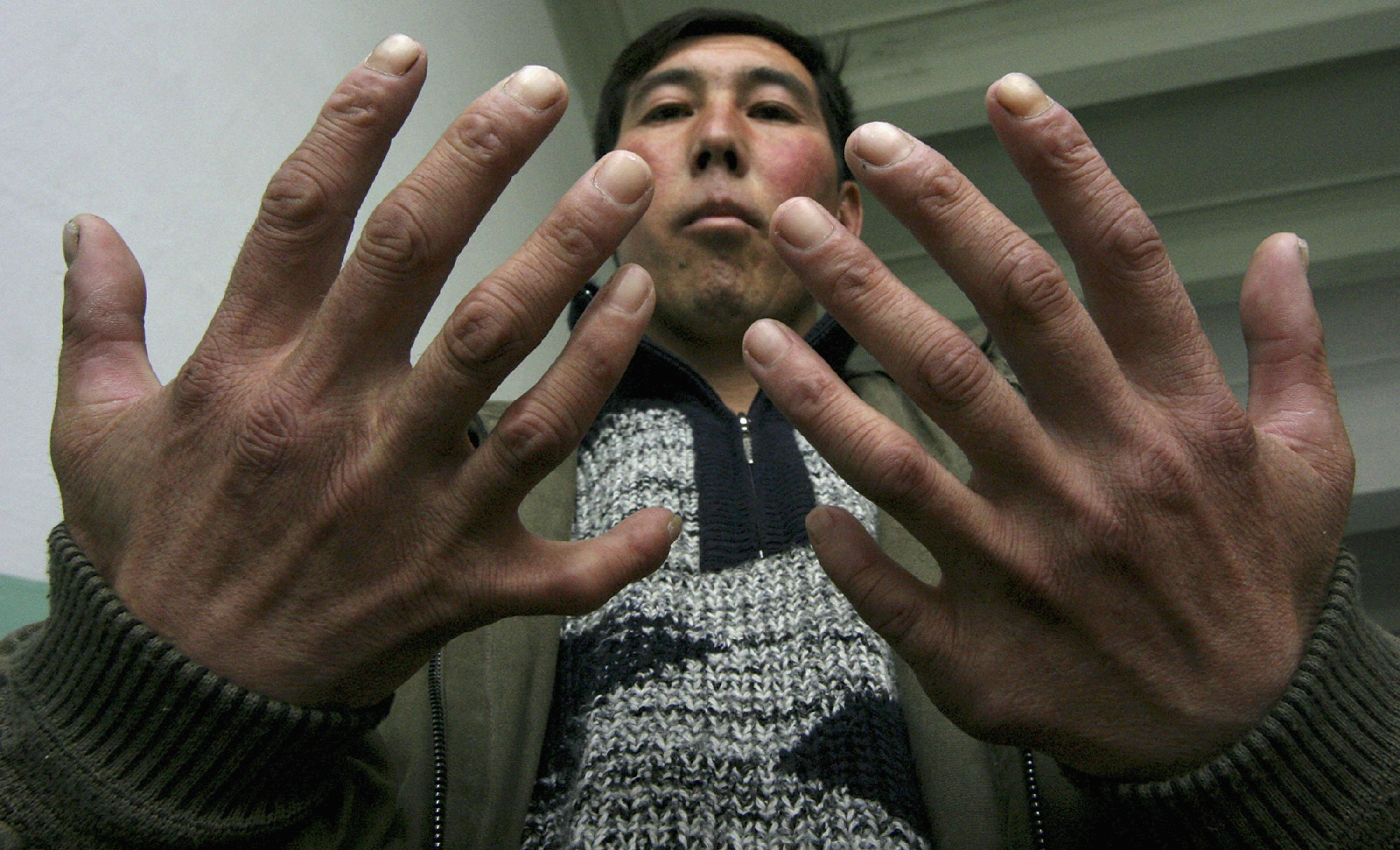 To this day, many people even remain exiled from their homes at the hands of the irreversible, catastrophic impacts the testing continues to have.

As well as devastating environmental and economical consequences, some communities are still battling the health and social costs of trials.

And one professor has forecast the tests will ultimately claim the lives of more than two million worldwide from cancer and other chronic diseases.

Dr Tilman Ruff, Associate Professor at the Nossal Institute for Global Health, University of Melbourne, says the devastating impacts of tests will continue to plague the planet for thousands of years.

He told The Sun Online: "Of the more than 2,000 atmospheric nuclear test explosions undertaken, 543 were exploded in the atmosphere, with radioactive fallout equivalent to tens of thousands of Hiroshima size bombs dispersed to every corner of the planet.

"France, the UK and US conducted 175 of these above-ground explosions in the Pacific region.

"The terrible consequences will persist over many millennia.

"Over 2.5 million people will die of cancer worldwide because of these tests, and a similar number will die of other chronic diseases and developmental disorders."

Boris Johnson confirms Christmas is ON and no new restrictions yet

The year 1946 marked the start of a 12 year period in which the US  detonated 67 nuke explosions in Bikini Atoll and Enewetak Atoll in the Marshall Islands.

Carried out in the early days of the Cold War, the tests included the 1954 Castle Bravo bomb which remains the most powerful thermonuclear weapon America has ever detonated.

The civilisation-wrecking 15-megatonne nuke, which exploded near Bikini, was 1,100 times bigger than the atomic bomb used to massacre thousands in Hiroshima in 1945.

Bravo – nearly three times its predicted power – exposed thousands in neighbouring islands to the radioactive fallout – despite the 167 residents in Bikini Atoll being evacuated before the first test in 1946.

Fallout from the unprecedented explosion – including radioactive particles – spread around the world.

US government scientists declared Bikini safe for resettlement in the early 1970s, but by 1978 residents were removed when it became clear that they were ingesting dangerously high levels of radiation from the contaminated fish, plants and water.

The small community has never been able to return to their home, and a 2012 United Nations report found that the Bikini remains uninhabitable to humans because of "near-irreversible environmental contamination".

The fish cannot be eaten, the plants cannot be farmed because of the contaminated soil and consuming water would be dangerous.

Dr Ruff, who is also the co-president of International Physicians for the Prevention of Nuclear War, said people's livelihoods were given little thought when tests were deployed.

"The bulk of long-term radiation exposure from this fallout comes from carbon-14, with a half-life of 5730 years," he added.

"Add to this worry and fear, displacement, discrimination, loss of homelands, culture, livelihoods and communities across generations for those directly put in harm’s way.

"The governments hell-bent on developing the worst weapons of mass destruction were willing to put their own military and civilian citizens in harm’s way. 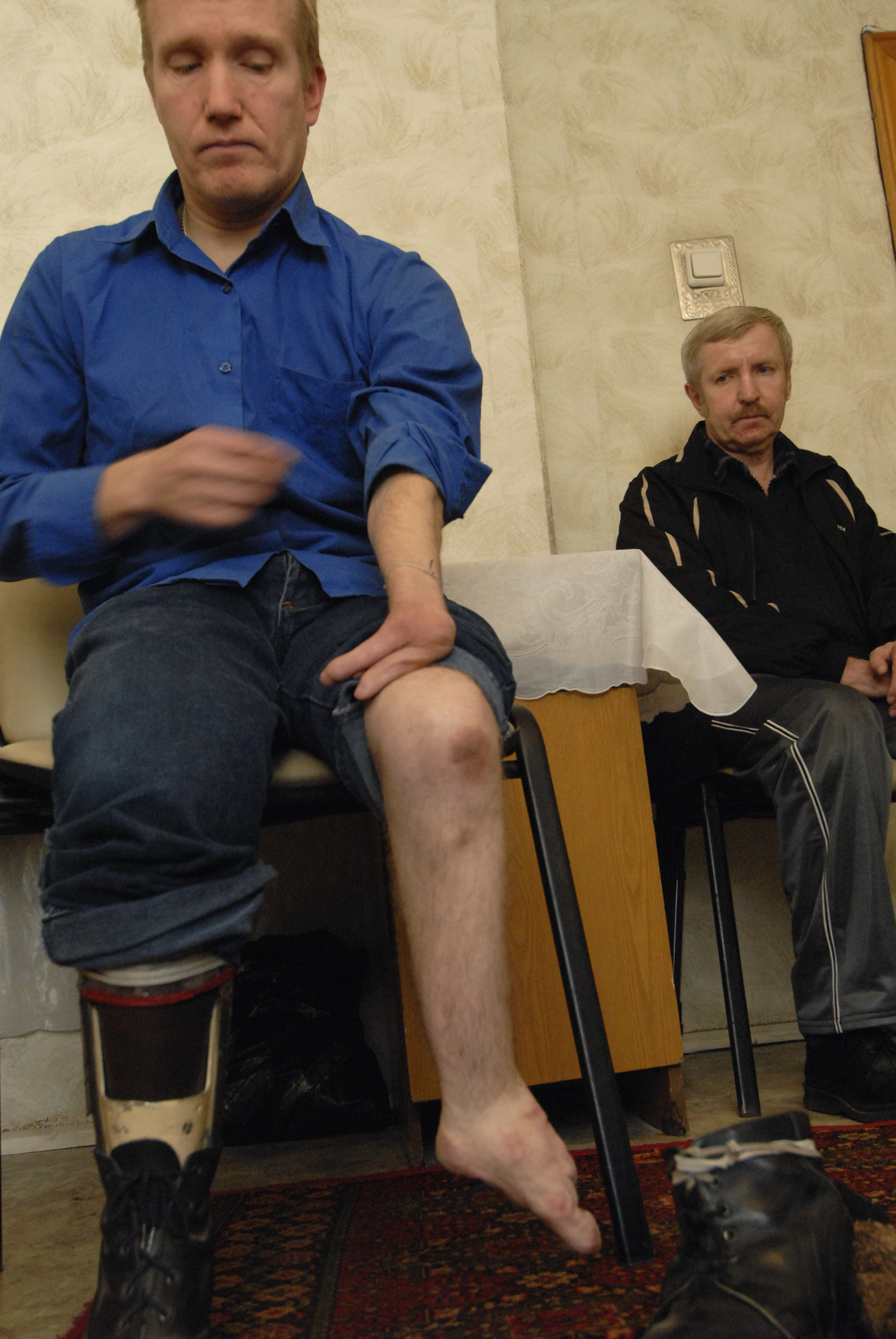 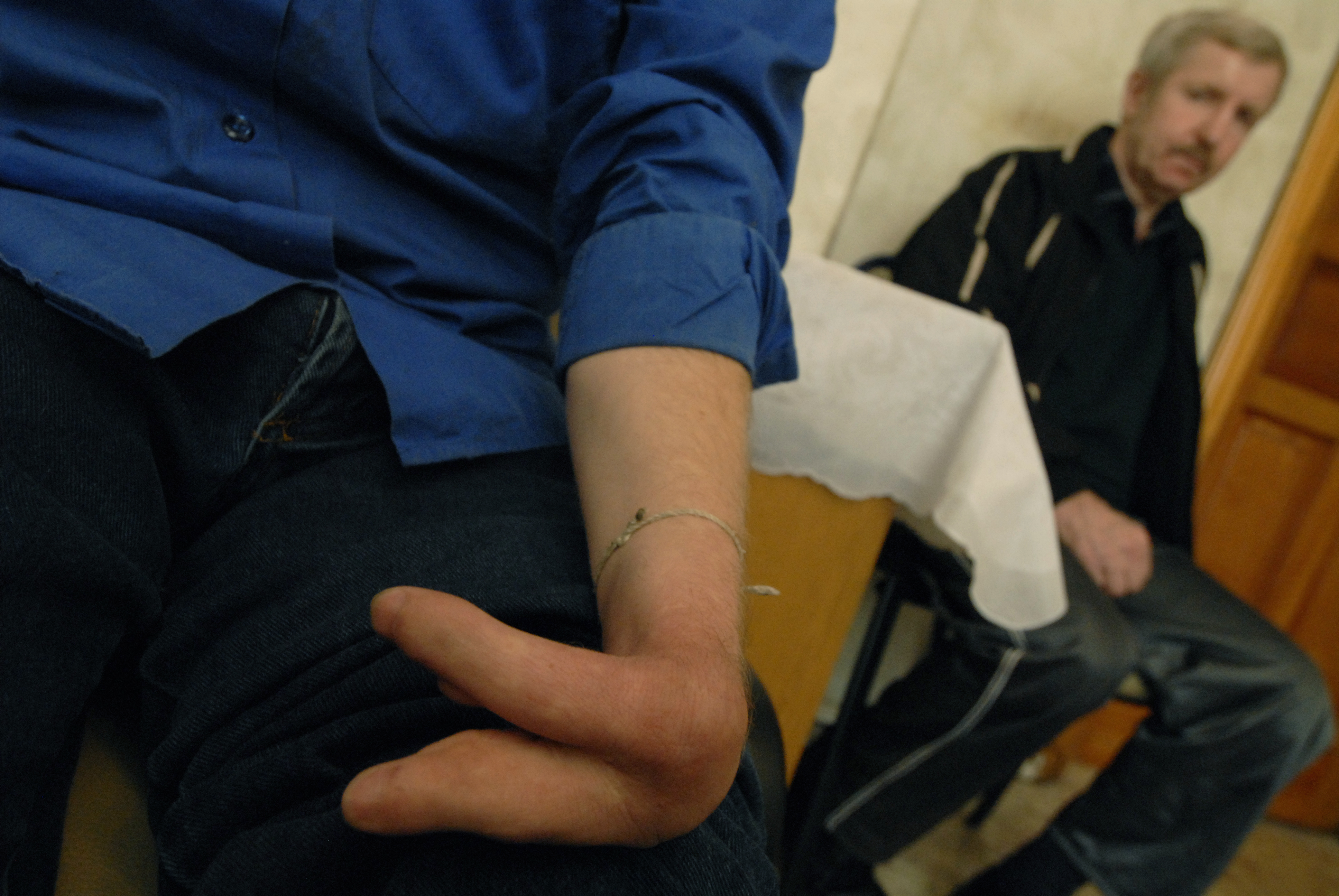 "They were even more willing, despite what was already known about radiation risks, to allow colonised people considered primitive and inferior to bear the full brunt of that harm, in some cases deliberately in order the study the effects of nuclear weapons on humans."

Between, 1977 and 1979, 4,000 American troops were taken to the former island paradise to clean up the contaminated remnants of the 43 nuke tests there.

Hundreds of the soldiers sent now complain of health problems including cancer, brittle bones and birth defects in their children – while many of the them are already dead.

Although thousands remain exiled from the places they once called home, one community living less than 100 miles from a Soviet nuclear test site continue to be blighted by dire consequences because of the radioactive fallout.

Between 1949 and 1998, the Soviet Union tested 456 nuclear weapons inSemipalatinsk Test Site in Kazakhstan – also known as "The Polygon".

It sparked a nuclear tragedy for generations of people.

And it's even been widely alleged the people living there were used a guinea pigs to see what would happen to humans living near an explosion as, according to a UN report, the Red Army would order some villagers to go outside during detonations.

During the four decades of nuke tests, it's estimated there were around one million people in the zone of radiation fallout – and levels are said to be still way above safe levels for humans.

Today, it is the only place on Earth where thousands of people still live in and around a nuclear weapons test site.

Local people graze their animals on the test site before selling the meat because there is little signage or education about radiated areas.

Rare cancers are rife, babies are born with shocking deformities and the suicide rate is reported to be more than four times the national average. 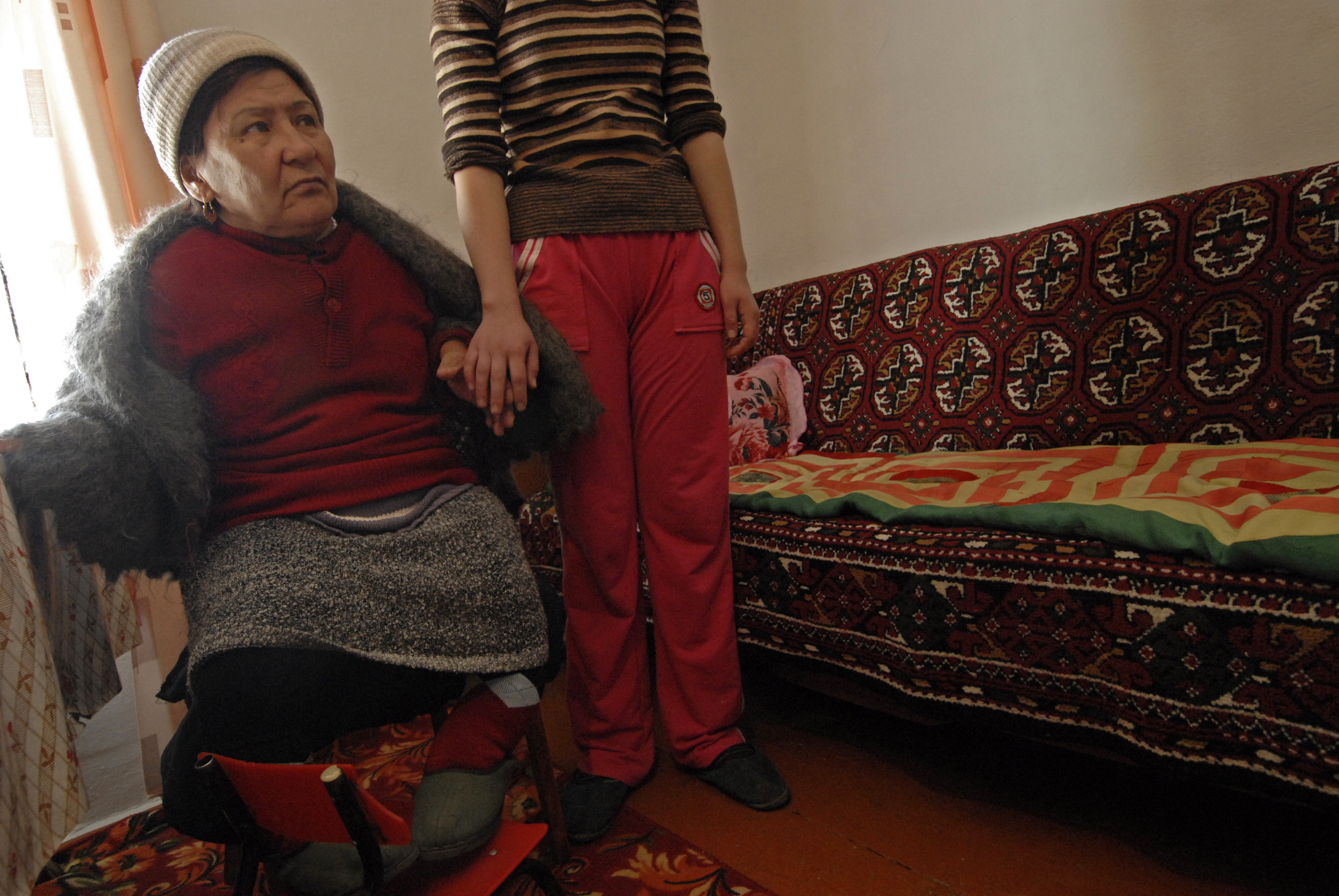 Meanwhile, between 1966 and 1996, France conducted more than 200 nuclear tests in French Polynesia – the collection of 118 islands and atolls that is part of the country.

By 1974, 41 nuclear weapons had been blown up which the government had long contested was done safely.

But a two-year study, dubbed the Moruroa Files, revealed tests could have exposed up to 90 per cent of the 125,000 living in the area to radioactive fallout – roughly 10 times as many people as the French government estimated.

The French state has long down-played the effects of the tests, reluctant to acknowledge the health impacts felt by many living in French Polynesia.

The effects of testing carried out by UK authorities still continue to ripple through generations too.

Fearing the loss of its international power after World War Two, Britain had embarked on a quest to build the nuclear bomb.

Codenamed High Explosive Research, it started with the UK's first successful mission, Operation Hurricane, in 1952, and led to a series of four groundbreaking tests called Operation Grapple between 1957 and 1958.

These were carried out at Malden Island and Kiritimati (Christmas Island) in Gilbert and Ellice Islands in the Pacific Ocean.

Lured by the promise of exotic postings, troops were sent on dangerous nuclear missions with no idea of the risks they'd be taking – and countless soldiers involved went on to become struck by cancer and blood disorders after being forced to fly, sail and crawl through contaminated sites with barely any protection.

Shockingly, the aftermath of the trauma is still being felt today – by the soldiers' children and grandchildren.

Around 155,000 descendants of those contaminated are suffering from illnesses such as breathing problems, infertility, repeated miscarriages and severe birth defects like heart and spinal deformities.

With the disastrous effects of nuclear testing laid bare in the many years since the first detonation back in 1945, steps have been taken to ban such trials that bring with them tragic consequences.

In December 2009, the 64th session of the United Nations General Assembly declared August 29 the International Day against Nuclear Tests.

Resolution 64/35 was adopted, calling for increased awareness and education "about the effects of nuclear weapon test explosions or any other nuclear explosions and the need for their cessation as one of the means of achieving the goal of a nuclear-weapon-free world".

It also emphasises that "every effort should be made to end nuclear tests in order to avert devastating and harmful effects on the lives and health of people" and that "the end of nuclear tests is one of the key means of achieving the goal of a nuclear-weapon-free world.”

The driving force behind eradicating nuclear weapon testing is the Comprehensive Nuclear-Test-Ban Treaty (CTBT), which was adopted by the United Nations General Assembly in September 1996.

So far, 185 countries have signed the treaty, while 170 have ratified it.

For it to come into force, it must be ratified by all 44 states listed in Annex 2 which have significant nuclear capabilities.

Of these, all have signed with the exceptions of North Korea, India and Pakistan, while five of the 44 have signed but not ratified the CTBT – China, Egypt, Iran, Israel and the United States. 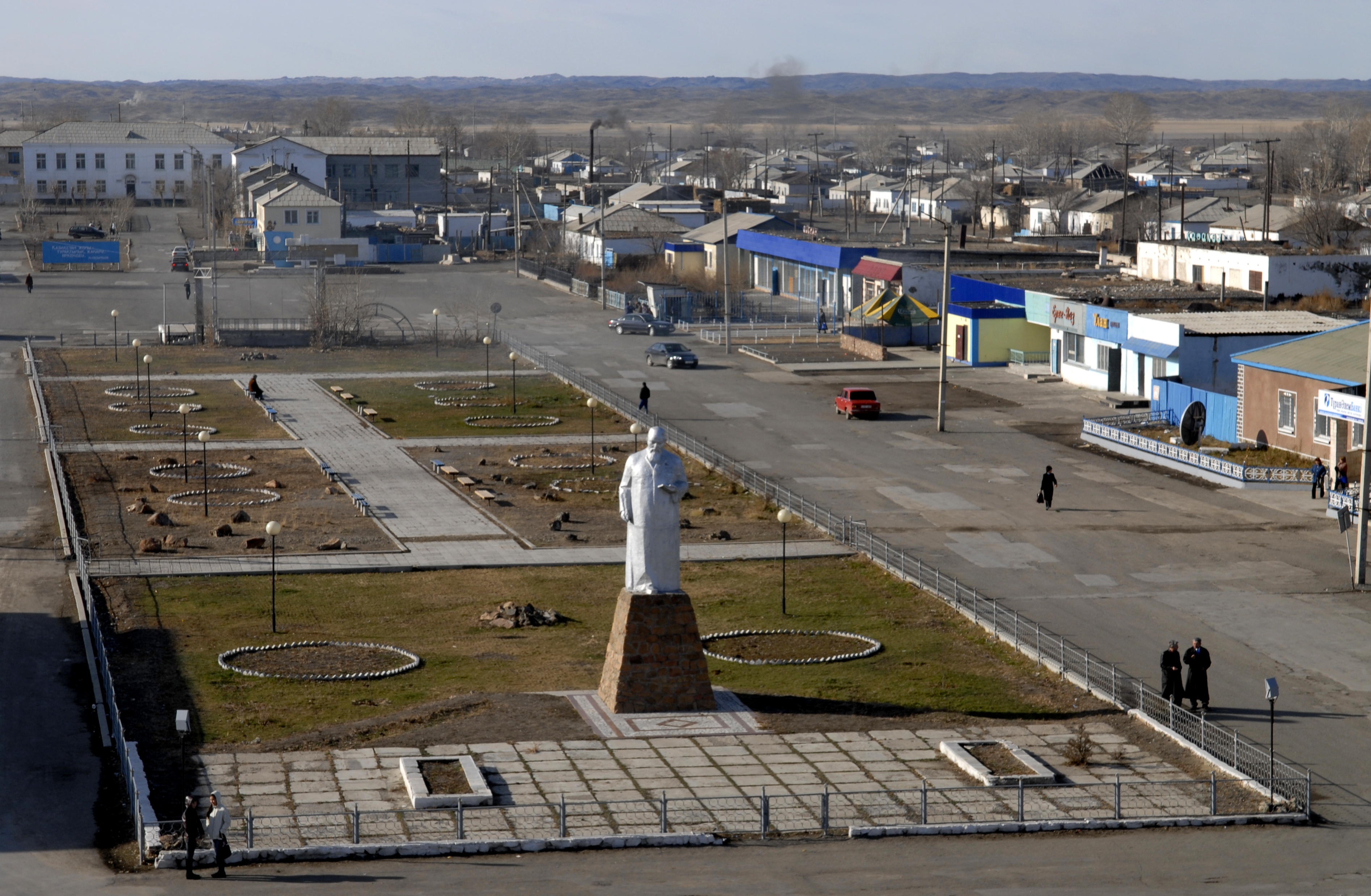