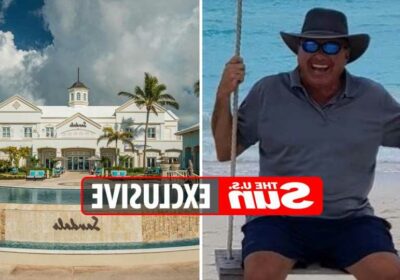 A US tourist suddenly vomited twice during the night while staying in the same "disgusting" resort where three people mysteriously died.

Alison and Jason Lewis came back from their romantic getaway at a Bahamas Sandals resort on May 2, four days before three people were found dead in separate villas – with a fourth taken to hospital. 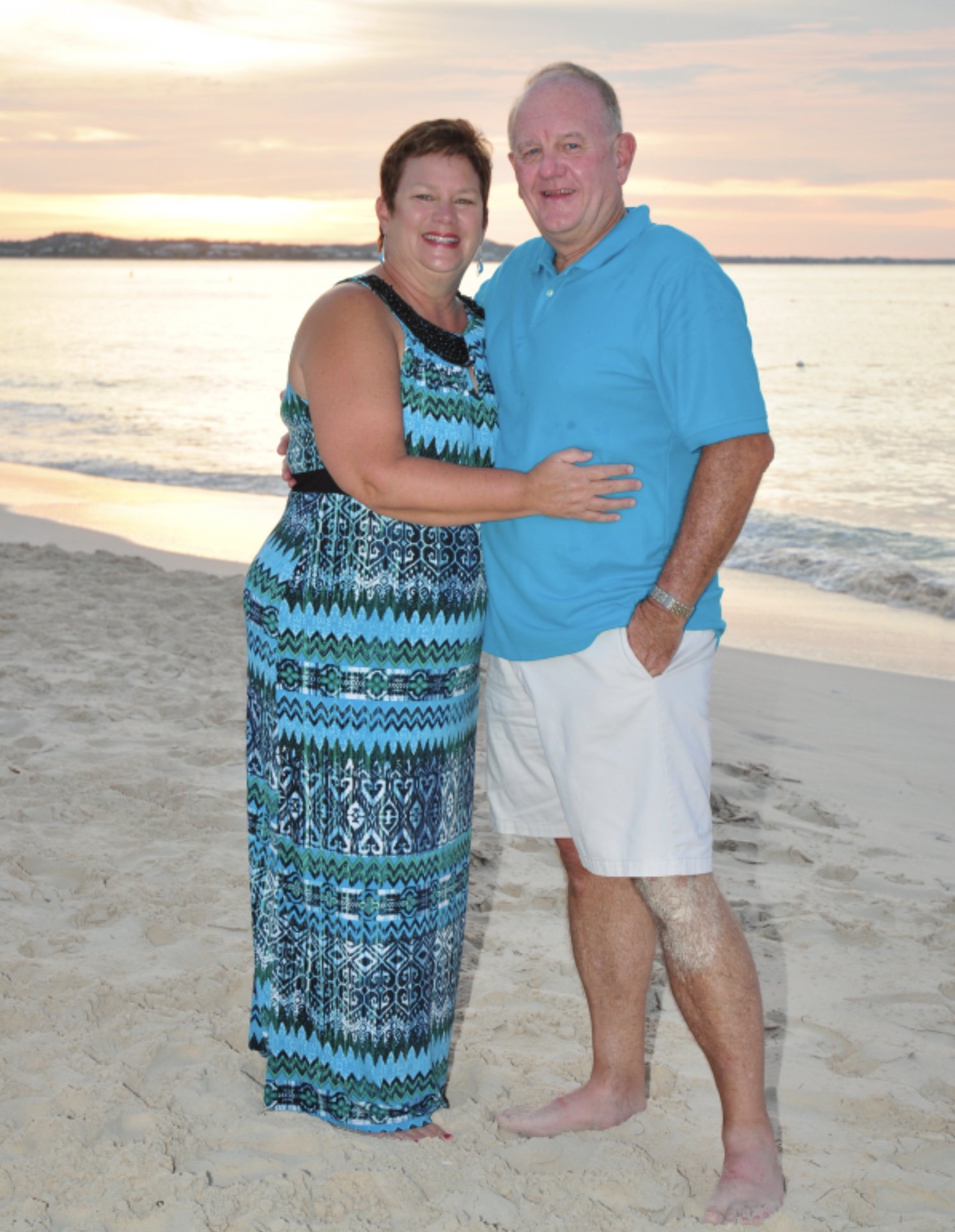 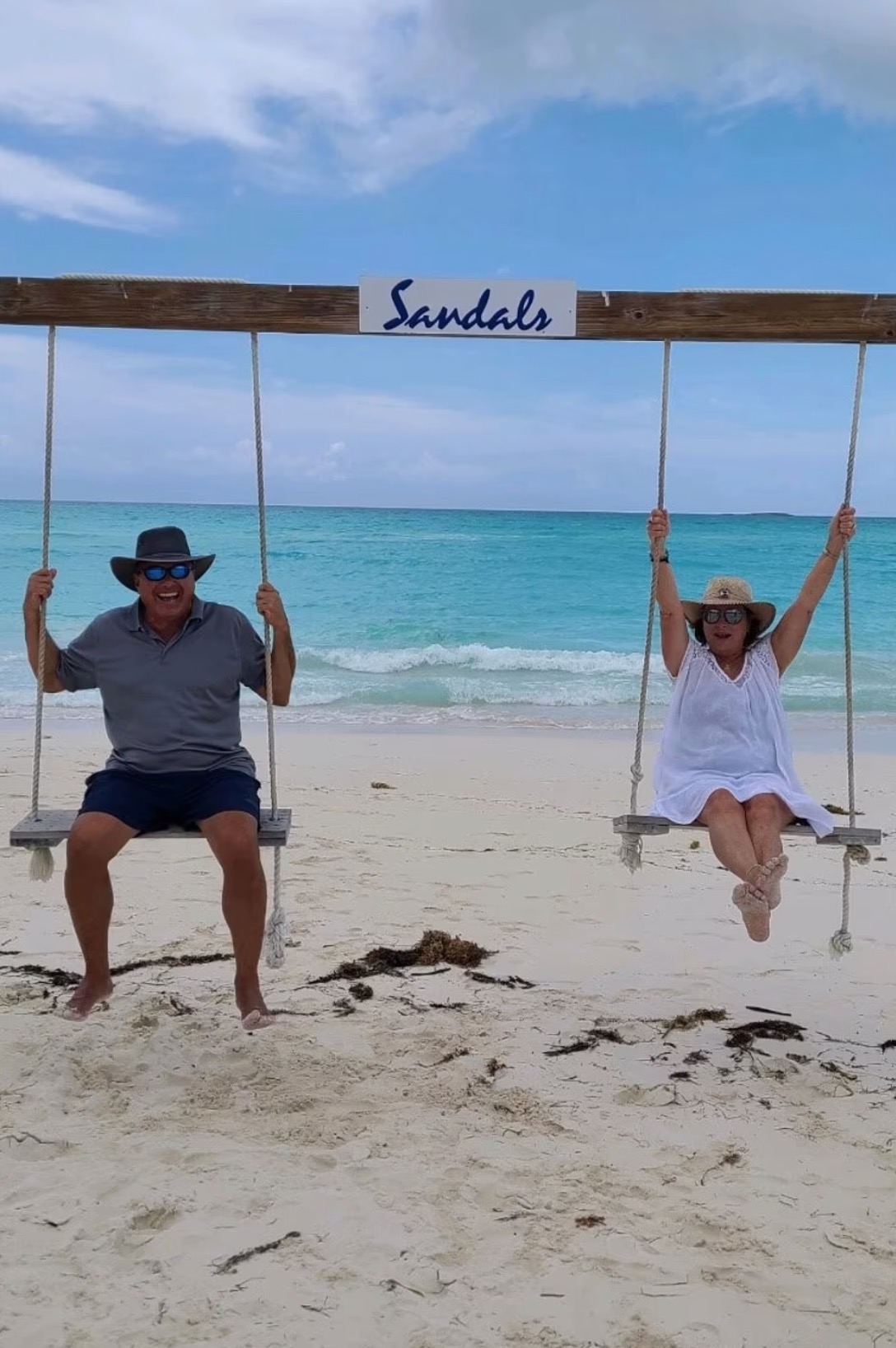 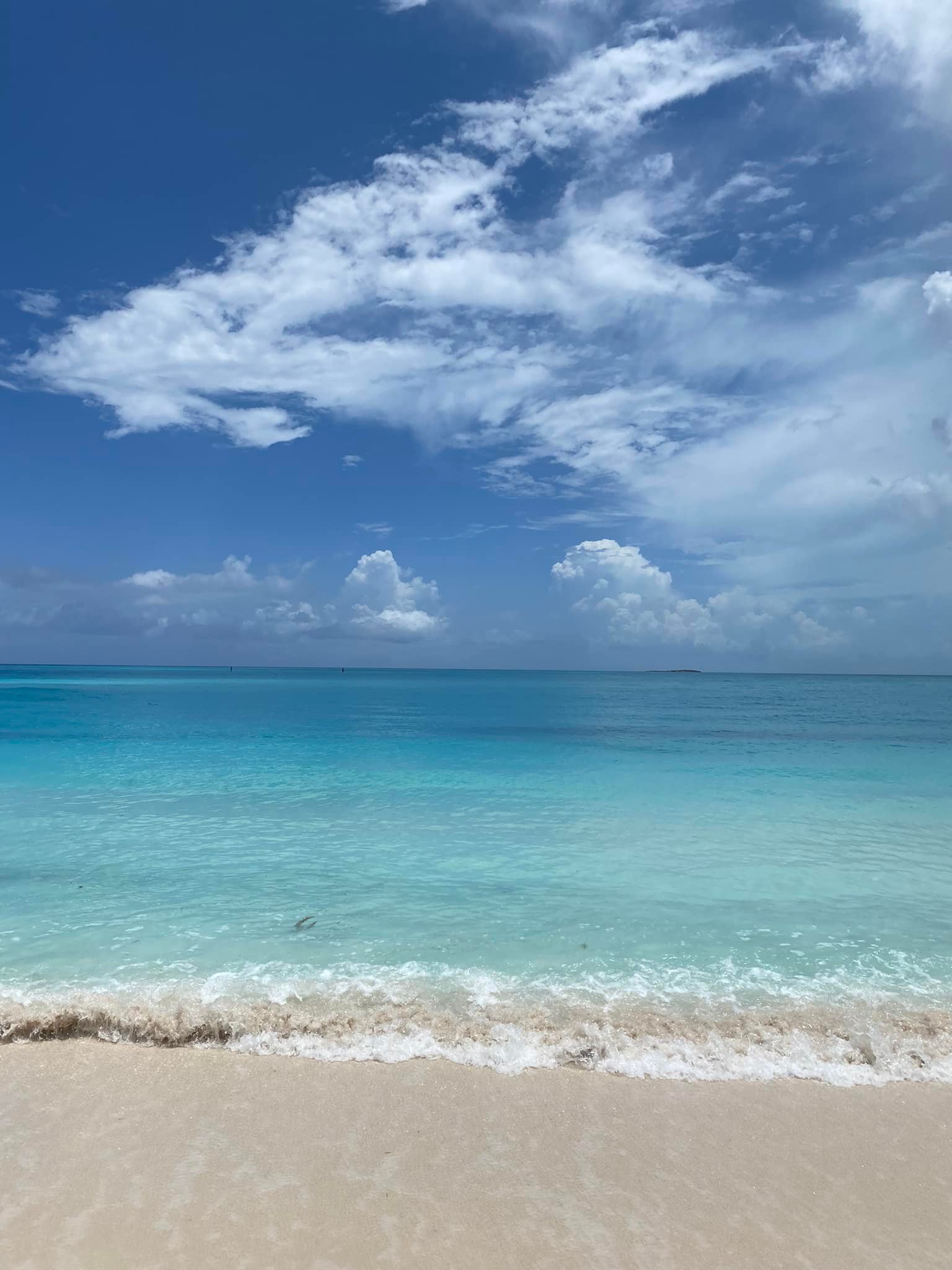 They've been identified as Robbie and Mike Phillips and Vincent Chiarella. The lone survivor of the two couples is Vincent's wife Donnis, who is in "serious" condition in a hospital.

"When I saw the story, it is sad to say I was not surprised," Alison Lewis told The US Sun.

"It was by far the worst hotel I have been to.

"The butler asked on our last day if we were OK with him taking a liquor bottle from our room. They are all open when you get there. There is so much wrong with this place.

"The pool was freezing, and the color looked wrong, dirty. No one could go in the pool. They were pumping water into it from somewhere. I just knew it was awful."

STORIES ABOUT THE BAHAMA DEATHS 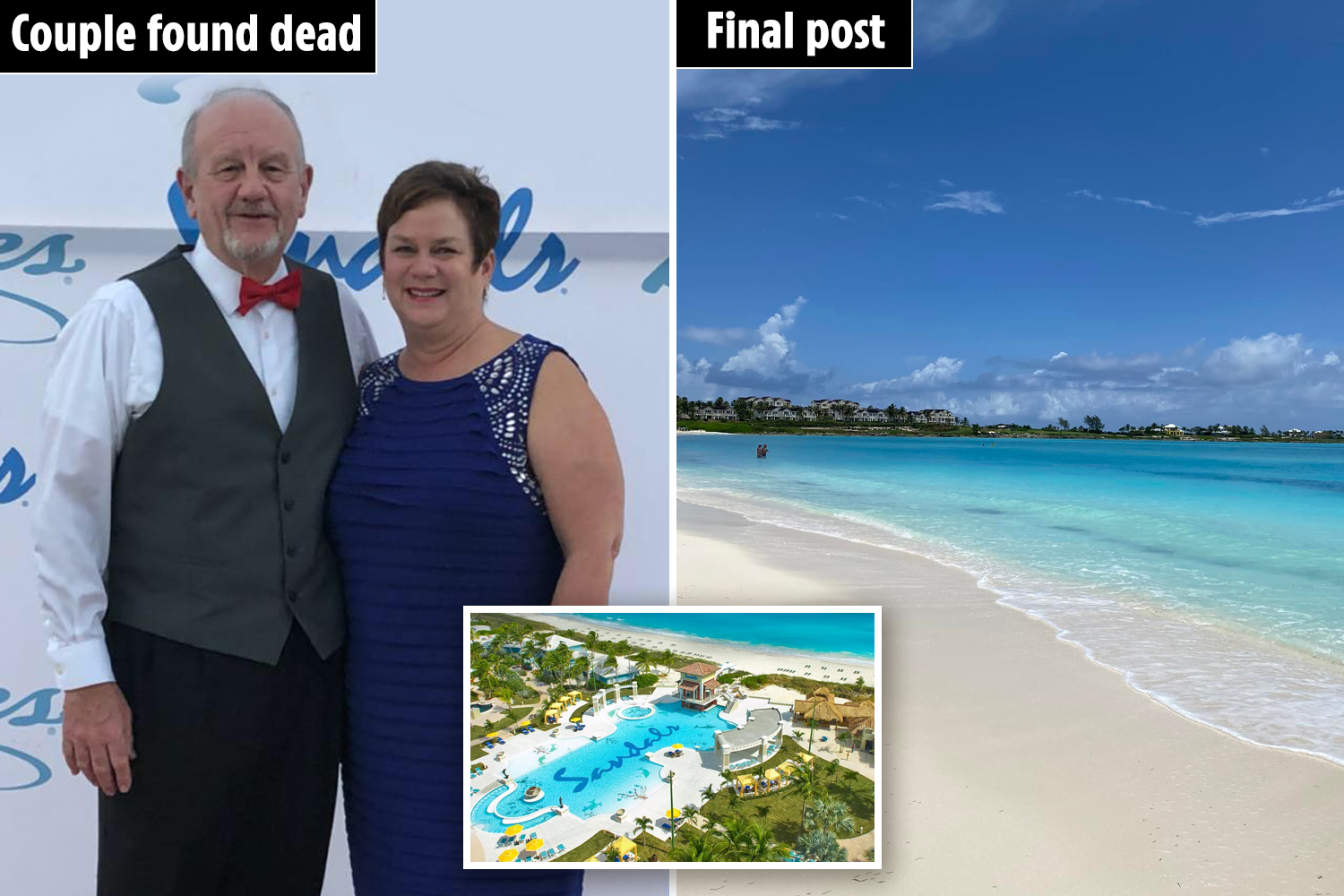 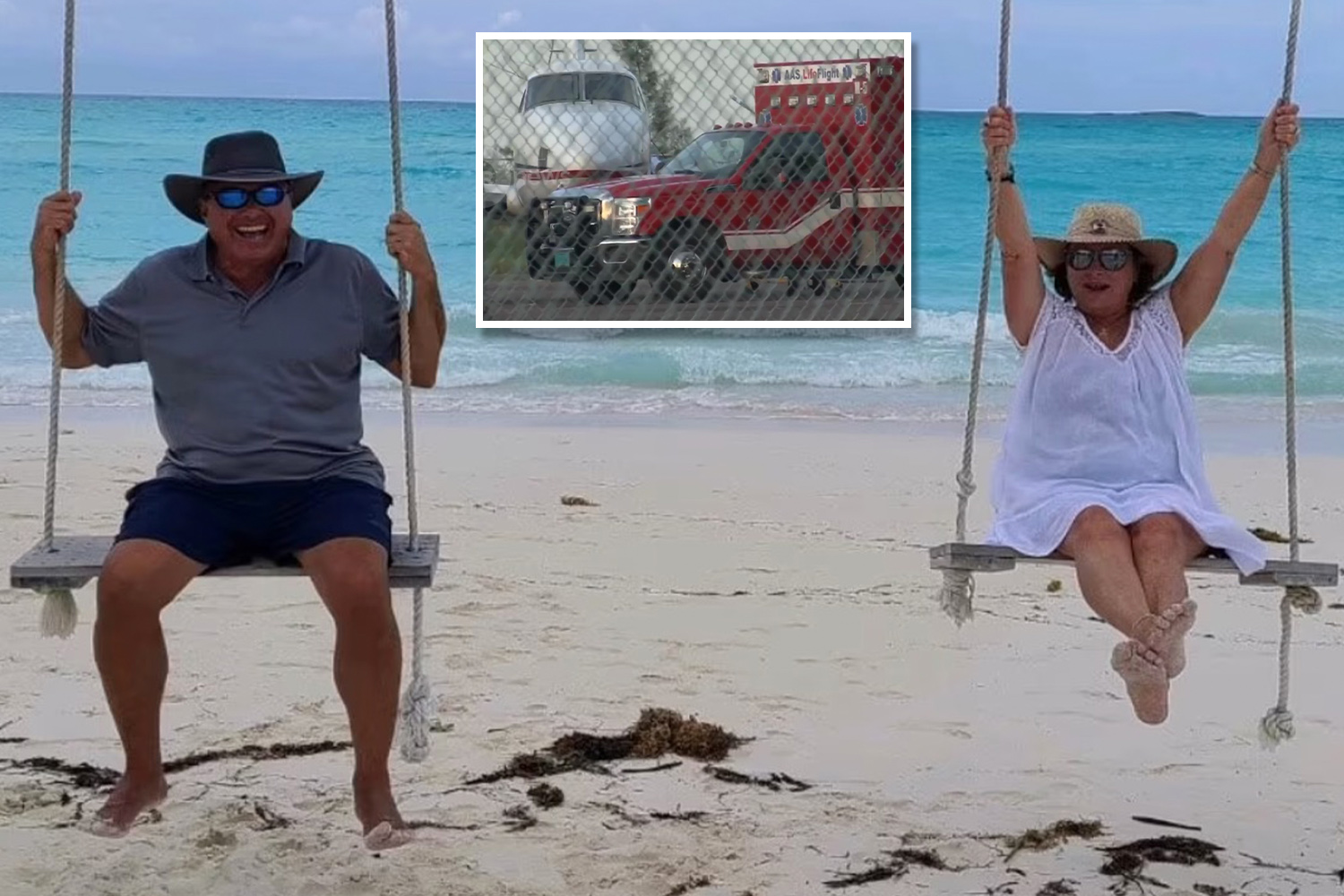 Jason said he opened the door to the A/C unit in their villa and said it was "disgusting."

"The walls were corroded, and it looked like nobody opened the door in like 10 years or done any maintenance. I was surprised I got the door open." he said.

"We joked and said just don't look in there, but now I wish I took pictures."

Alison and Jason weren't the only ones whose romantic vacations were ruined by the resort's conditions.

A reviewer named Christina Allen said had a similar negative experience with the open bottles and moved rooms because of a bug infestation.

"The accommodations were not sanitary. For example, the bathroom had hair in the shower and tub, counters were not cleaned, our ice bucket was moldy, and we were very concerned.

"To see all of our alcohol bottles had the seals broken. It is possible staff could have drank right out of our bottles. This did not make us feel very safe. 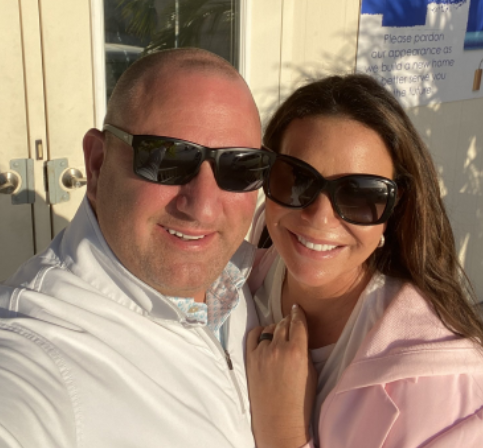 A one-star review by a person named "Ryan" listed six major issues during the stay, including how the air conditioning wasn't working.

Erwin Havranek said in his review, "Hated our room. The sinks in the bathroom barely had any water pressure. The toilet area smelled like a port a potty.

"The hallway to our room had an unpleasant odor. We had to make repeated calls to have our in room mini bar stocked. We had to call to have the room serviced. Food was barely OK.

"Our previous experiences in Jamaica were superb. We expected superb in the Bahamas. Don't go there. Going back to Jamaica where sandals was perfect. To be clear, don't go to Bahamas. Only Jamaica."

Sandals Resorts International declined to comment further outside of this emailed statement:

"Nothing is more important to Sandals Resorts than the safety of our guests. It is with deep sadness that we can confirm the passing of three guests at Emerald Bay Resort on May 6, 2022.

"A health emergency was initially reported and following our protocols we immediately alerted emergency medical professionals and relevant local authorities to provide support and investigate the situation.

"We are actively working to support both the investigation as well as the guests’ families in every way possible during this difficult time. Out of respect for the privacy of our guests, we cannot disclose further information at this time."

HOW DID THE TWO COUPLES GET SICK?

Vincent was found dead in his hotel room hours after going to the medical center.

Their son Austin told ABC News his mom woke up to find that "she couldn't move" and "her legs and arms were swollen."

"She couldn’t move and she screamed to get someone to come in the door,” Austin said.

In the second villa, Mike Phillips was found "slumped against a wall in a bathroom unresponsive," the Royal Bahamas Police Force said in a statemement.

Robbie Phillips was found "responsive" on a bed in the bedroom.

Authorities are still working to pinpoint the official causes of deaths, but "foul play isn't suspect," according to Chester Cooper, the tourism minister of the Bahamas.

A guest’s speculation fuelled a theory focused on issues with the air conditioning units that may have caused freon poisoning, which occurs when there's a leak.

It typically attacks the lungs and sinuses, according to WebMD.

All the autopsies are expected to be completed Monday to learn their official causes of death, and law enforcement hasn't said if there were other people sick with mild but similar symptoms.

The most common theory started a guest's post that wrote on Facebook that the cause of the episode “may have been a fault with the a/c in the unit, causing a toxic coolant leak.”

At least one well-respected doctor is skeptical of the A/C unit malfunction idea.

Dr Ali Khan, a retired assistant surgeon general, told The Sun that paralysis and swollen arms and legs are "atypical" of freon poisoning and the two couples were in separate villas.

"There was a rush to say there was no foul play before an investigation even started," said Khan, who's currently the dean of College of Public Health at the University of Nebraska Medical Center.

He doesn't have a theory yet himself, especially without all the evidence.