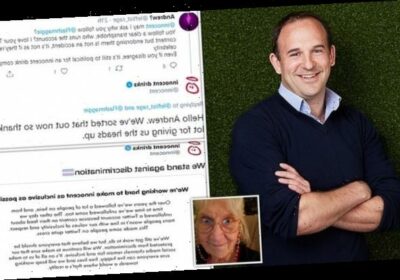 Innocent Drinks say they ‘stand against discrimination’ as they apologise for following blogger who upset transgender people by writing: ‘In life or in death, trans women are not women’

Innocent Drinks said they ‘stand against discrimination’ as they apologised for following a blogger who upset transgender people by writing: ‘In life or in death, trans women are not women’.

The smoothie company unfollowed blogger Margaret Nelson after a Twitter user questioned why they followed the woman they described as a ‘clear transphobe’.

In response, Innocent shared a public statement which explained they unfollowed Margaret’s account because the content on her feed about trans people ‘wasn’t in line with our values of inclusivity and respect’. 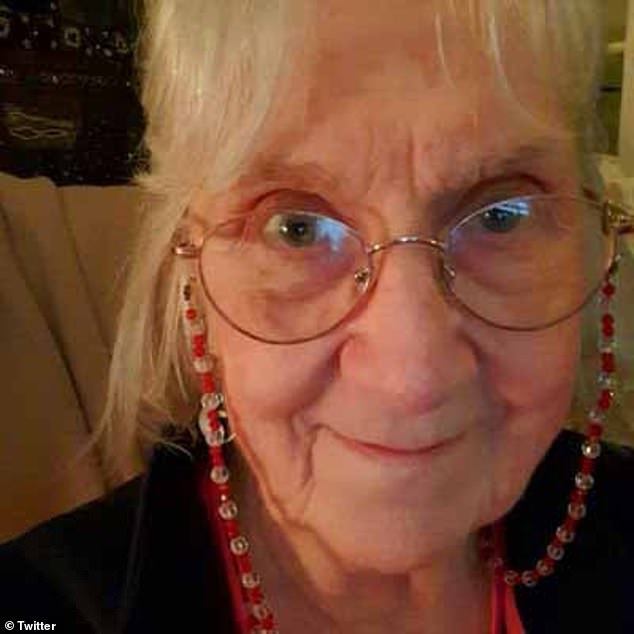 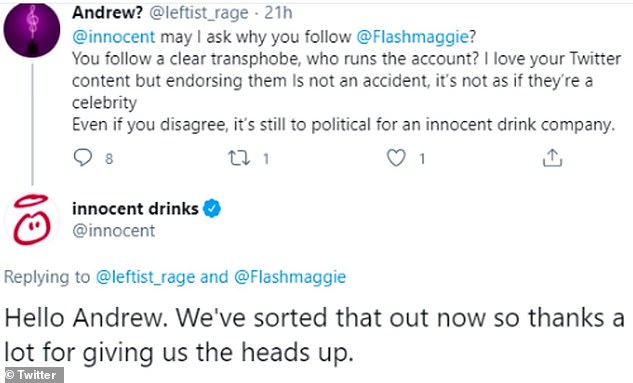 After receiving the tweet, Innocent said thank you for the ‘heads up’ and assured the Twitter user it had been ‘sorted’ 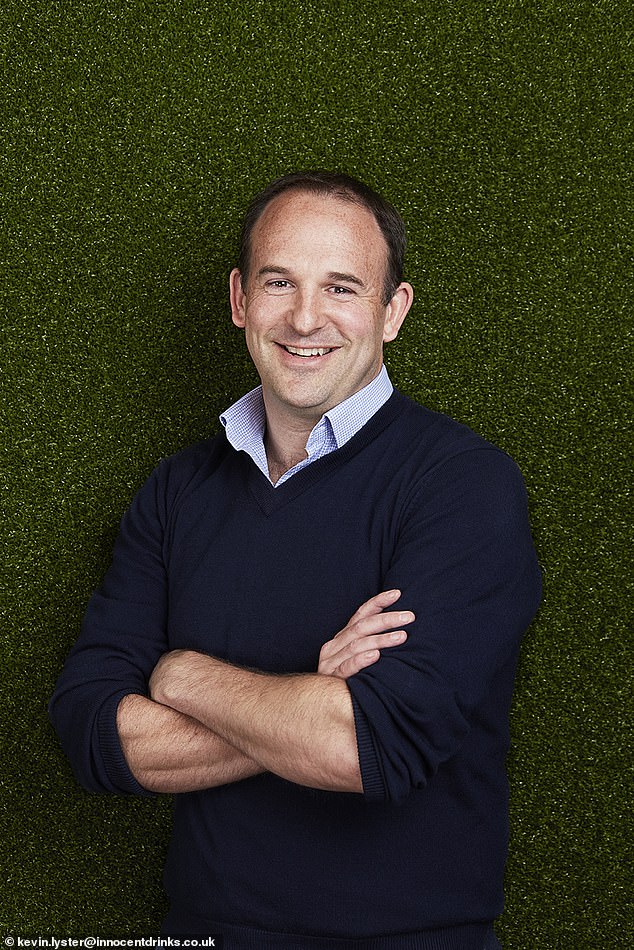 Innocent shared a public statement which explained they unfollowed Margaret’s account because the content on her feed about trans people ‘wasn’t in line with our values of inclusivity and respect’. Pictured: Innocent Drinks CEO Douglas Lamont

They thanked Andrew for giving them the ‘heads up’ and reassured him they had ‘sorted that’, on Friday.

Defending herself, Margaret said: ‘Me? A transphobe? One of my trans followers has just tweeted that she loves me, so how does that work?

‘Being critical of trans activist behaviour, defending women’s rights, and supporting organisations that are concerned about child protection doesn’t make anyone a transphobe.’

Since the interaction and Innocent’s decision to unfollow Margaret’s page some people have expressed their outrage on social media and others said they plan to boycott the company.

It is not the first time Margaret has come under fire for her views. She was woken up by a phone call from Suffolk Police in February 2019 to warn the then 74-year-old that her online posts about gender identity not extending beyond the grave had offended transgender people.

In a January 19 2019 blog post rebutting a tweet she received – which read ‘trans women ARE women fact’ – Ms Nelson wrote that if a transgender person’s body was dissected post-mortem, ‘his or her sex would be obvious to a student or pathologist’. 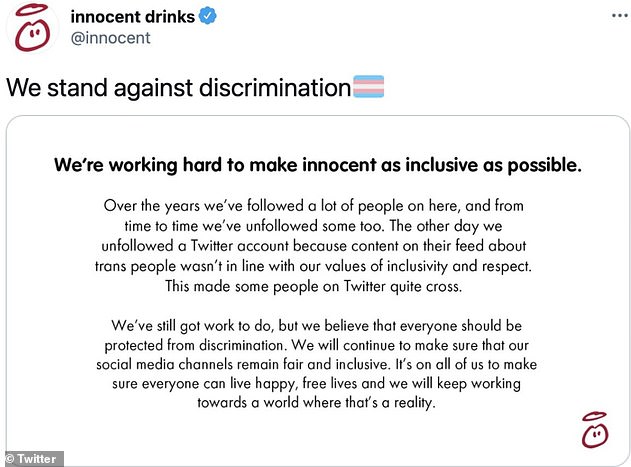 After unfollowing Margaret on Friday, the company has faced backlash for its decision. It released a public statement about the issue on Twitter this morning

In a public statement this morning, Innocent said: ‘Over the years we’ve followed a lot of people on here, and from time to time we’ve unfollowed some too.

‘The other day we unfollowed a Twitter account because content on their feed about trans people wasn’t in line with our values of inclusivity and respect. This made some poeple on Twitter quite cross.

‘We’ve still got work to do but we believe that everyone should be protected from discrimination. We will continue to make sure that our social media channels remain fair and inclusive.

‘It’s on all of us to make sure everyone can live happy, free lives and we will keep working towards a world where that’s a reality.’

Reaction to Innocent’s decision to unfollow Margaret has been mixed. 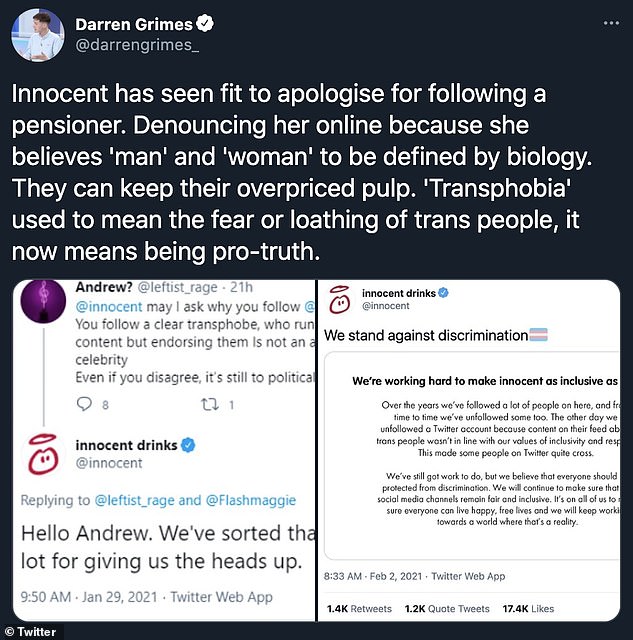 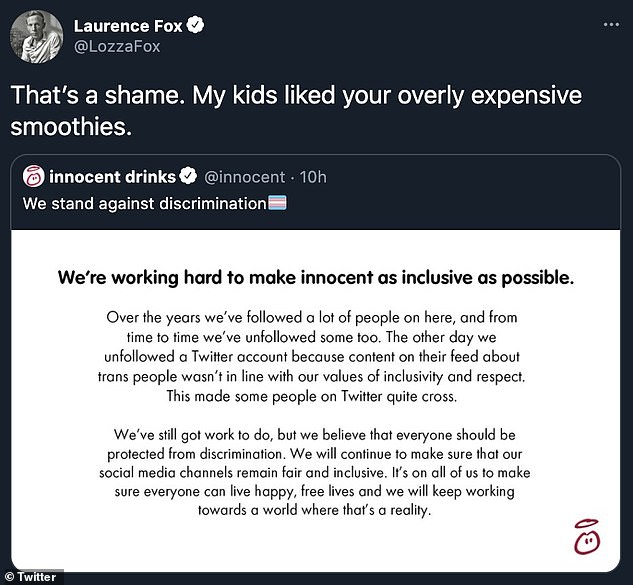 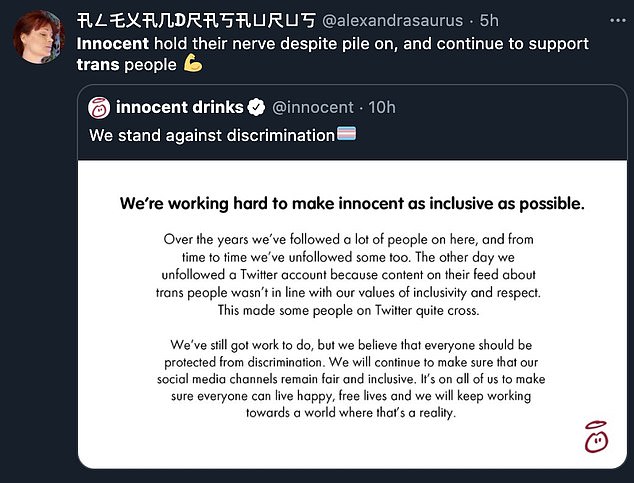 ‘Denouncing her online because she believes ‘man’ and ‘woman’ to be defined by biology. They can keep their overpriced pulp.

‘”Transphobia” used to mean the fear or loathing of trans people, it now means being pro-truth.’

In contrast, others praised Innocent with one applauding that the company ‘held their nerve despite the pile on’.