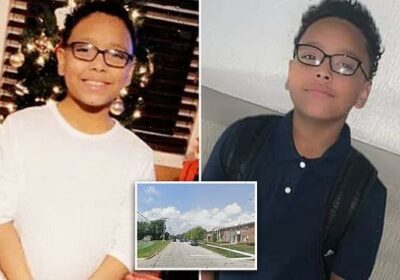 Indiana man, 23, is charged with MURDERING trick-or-treater, 13, ‘after shooting into a crowd following argument between his friends and child in a clown mask’

An Indiana man was charged with murder on Wednesday for allegedly shooting dead a 13-year-old trick-or-treater.

Thomas and his friends were trick-or-treating in Hammond’s Hestville neighborhood, where his grandmother has lived for more than 15 years, when one of the victim’s friends who was in a clown mask is said to have gotten into a verbal argument with one of Crews’ pals. 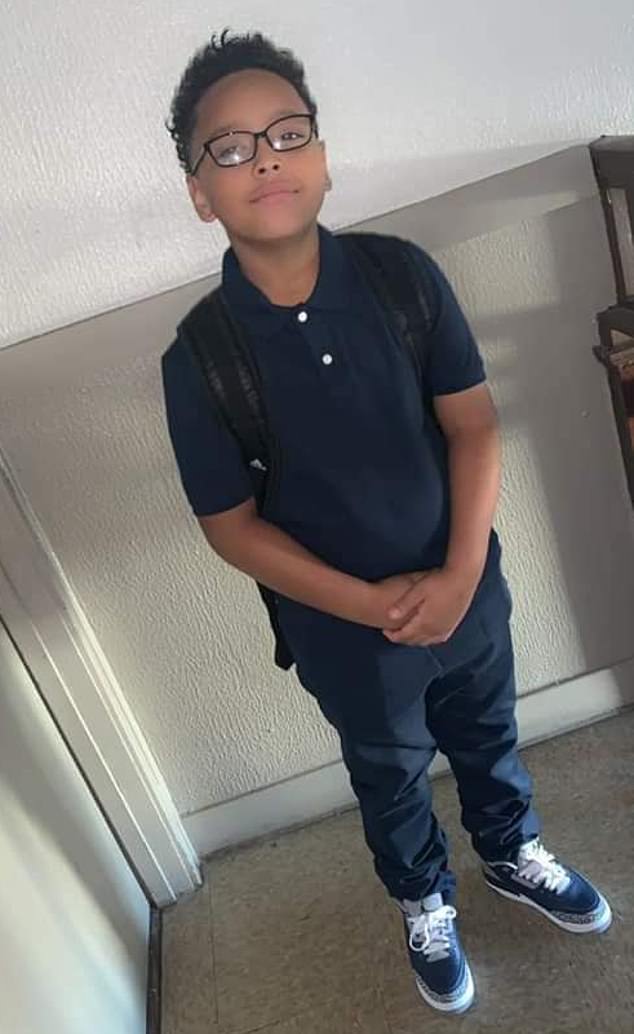 Desmond Crews, 23, of Gary, Indiana, was charged with murder and attempted murder on Wednesday after firing a 9mm semi-automatic gun into a group of trick-or-treater, killing Thomas DeLaCruz Jr (pictured), 13, and wounding another 13-year-old boy

His mother Jasmine Anderson, 30, told the Times that her son had just celebrated his 13th birthday and was just ‘being a kid’ when he was taken from his family too soon.

Another trick-or-treater, who was wearing a clown mask, told police that he spoke to a man wearing shorts somewhere between 30 and 45 minutes before the shooting, which happened around 7.30pm.

According to court records the unidentified man reportedly ‘threatened to get a .38 gun and shoot them,’ as reported by the NWI Times.

The teen in the clown mask continued trick-or-treating with a group of friends and they walked several more blocks before seeing a silver car with about five or six people in it – including Crews – who appeared to be staring at the kids.

He told police that the passengers all got our of the car – one of them was the man in shorts he saw earlier and another took a ‘shooting stance’.

According to the Times the masked boy then told his friends to run as they heard gunshots ring in the 3066 block of 167th street.

Crews was seen running with a gun and surveillance video also showed that he threw something out before he was caught. A Hammond police officer captured the shooter after a father of the one of the trick-or-treaters chased him from the scene, court documents said.

Police later discovered that the item was a 9mm semi-automatic pistol and ammunition in a storage barrel.

Thomas and his friends were trick-or-treating in Hammond’s Hestville neighborhood, where his grandmother has lived for more than 15 years, when Crews fired the shots in the 3066 block of 167th street (pictured) 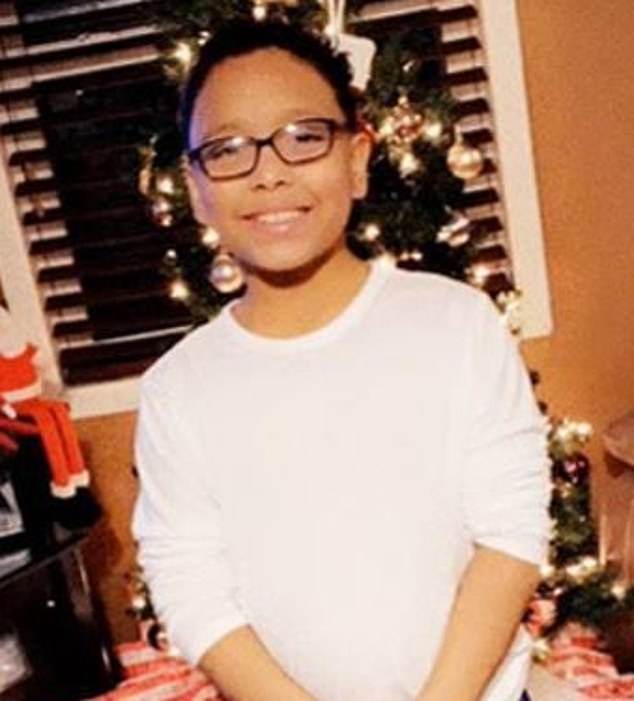 Crews allegedly fired after feeling pressure from the other passengers in the car. According to court documents he thought he shot over the kids’ heads but wasn’t sure he missed them because he saw one of the children collapse

Crews admitted to officers that he was a passenger in the silver car and was wearing a yellow sweatshirt at the time of the fatal shooting. He said that the man wearing the shorts, who sat behind Crews in the car and has yet to be identified, ‘kept saying a group of people could have rolled him and someone was going to die tonight’.

Court documents stated that Crews said the man in shorts then pointed out a kid in a clown mask and he realized the trick-or-treaters were ‘just little kids,’ according to the Times.

Crews allegedly thought he shot over the kids’ heads but wasn’t sure he missed them because he saw one of the children collapse. He is now facing murder and attempted murder charges for killing Thomas and shooting another unidentified trick-or-treater, 13, in the leg.

Thomas’s mother recalled her son as ‘the best brother, the best cousin, the best friend in the world, ‘ adding: ‘He danced, he was happy, he was a kid.’

Thomas is survived by his 10-year-old sister. ‘She shouldn’t have to go through this,’ Anderson said, adding: ‘I’m only 30 years old. I only got 13 years with my son.’

‘He was being a kid out with his aunt trick-or-treating, walking with a group of kids. And some ignorant, sick person decided to shoot at kids.’

As of Wednesday evening, the grieving mother was preparing for her son’s body to be released to the funeral home and she said she didn’t know ‘where to start or begin’.

Anderson was planning a vigil for Thomas at 5pm on Thursday at the site of the shooting.

‘If I have to post his picture in the sky, everyone is going to know what this man did to my child,’ she said, according to the Times.

In a statement posted to Facebook the Hammond Indiana Police Department said that the other 13-year-old boy who was shot in the leg ‘was treated at the hospital and released’.

‘While we are thankful for the community support which led to the arrest of the person of interest, we are heartbroken that such an event could even occur,’ it added.

An investigation into other possible suspects is ongoing and Crews is being held at Lake County Jail in Crown Point, Indiana.