Tell a stranger you review restaurants for a living and you’re almost guaranteed to meet the response, “You have the best job in the world.” And it’s hard to argue with them. I mean, who wouldn’t want to eat at almost any restaurant in Victoria, running the rule over it in the name of work? 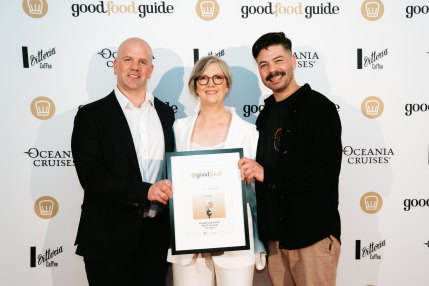 Except there’s more to food reviewing for the annual restaurant guide than having a good appetite (although that does help).

I’m the daughter of a restaurant owner. You could say restaurants are in my blood. But knowing how much hard work it takes to run a successful restaurant, I’ve taken a somewhat easier path to indulge my interest in food: journalism.

My background has given me an insight into the stress restaurateurs and chefs feel on discovering they’ve been visited by a restaurant critic. But it’s my journalistic training that helps me remember who I represent when I eat out on the company credit card. The Age Good Food Guide’s readers.

Visiting restaurants anonymously and independently is critical to the Good Food Guide process. We’re there as the eyes, ears and tastebuds of our readers. As a reviewer, I’m trying to assess what the average person might experience, and to whom the restaurant is intending to cater.

Having begun reviewing three decades ago, I admit that these days I’m often recognised in dining rooms. I’m told that my photograph is on the wall of many professional kitchens. This means taking extra steps to mitigate against any special treatment I might receive.

I make bookings under fake names, usually using someone else’s mobile phone number or email address (and recording those details so I remember who I am when I arrive at the restaurant).

And I try to remain as low-key as possible, while paying extra attention to the way staff treat guests at surrounding tables. In the reviewing business, we call the effect caused by a critic lobbing at a restaurant “sucking all the service out of the room”.

But I’m just one of many reviewers who march on their stomachs in service of The Age Good Food Guide. As editor of this edition, I’ve sent another 30 or so reviewers on the road to visit almost 400 of the state’s best restaurants, cafes and bars.

This year, after a three-year hiatus, the guide has returned to scoring and awarding hats, our famous and much-copied device to single out our best and brightest.

Using a 20-point system covering food, hospitality, setting and experience, and value for money, reviewers tally their marks; restaurants scoring 15 or higher are awarded hats on a sliding scale from one to three, the highest accolade available. 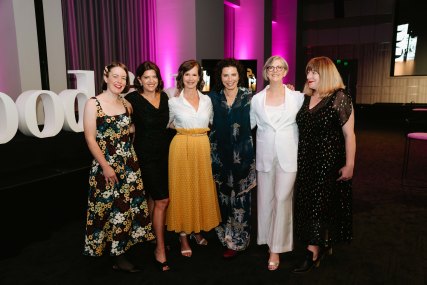 The hats and awards are the result of much consideration and soul-searching. Before sending the guide to the printer, I gather the senior panel. Comprising some of our most experienced reviewers – Good Food’s national editor Ardyn Bernoth (strangely, she’s also a restaurateur’s daughter), chief Victorian critic Besha Rodell, long-time reviewers Dani Valent and Michael Harry, and Victorian food news writer Emma Breheny – the senior panel decides whether any of the restaurants need more scrutiny and who deserves to receive one of the prestigious annual awards.

The results of these months of eating and deliberations can be found in the 128-page glossy magazine that I hope will provide endless eating inspiration for the year to come. 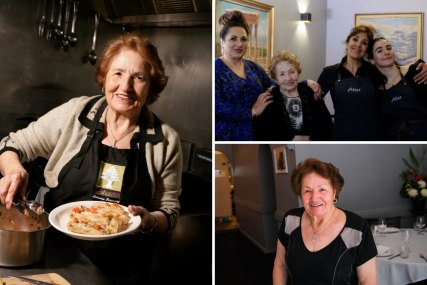 Personal highlights this year have been honouring Abla Amad, who founded Carlton’s beloved Abla’s restaurant in 1979, with the Vittoria Coffee Legend Award; visiting Vue de Monde and seeing it return to three-hat status for the first time since the 2017 edition; and eating what I think may be the best Malaysian-style noodles this city has to offer at tiny, humble Lulu’s Char Koay Teow.

Best job in the world? There can’t be too many that top it.

The Age Good Food Guide 2023 magazine is on sale now for $9.95 at newsagents and supermarkets and thestore.com.au.