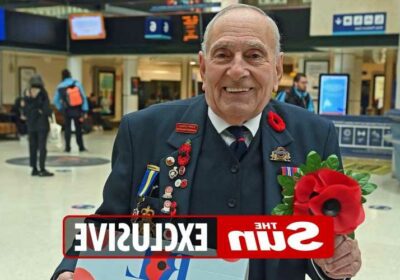 For 32 years he has been collecting for the Royal British Legion’s annual appeal at ­London’s Charing Cross station, raising an incredible £750,000. 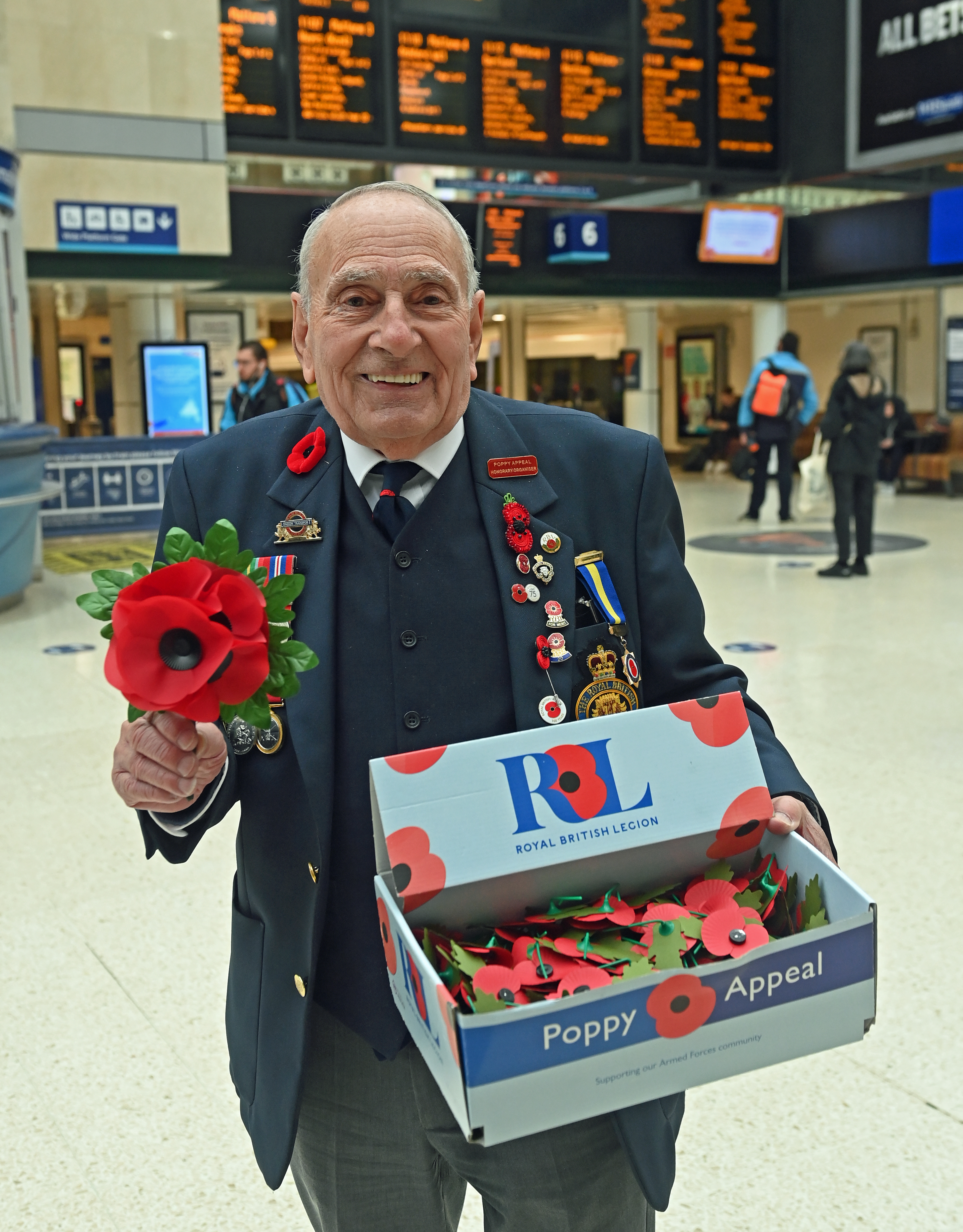 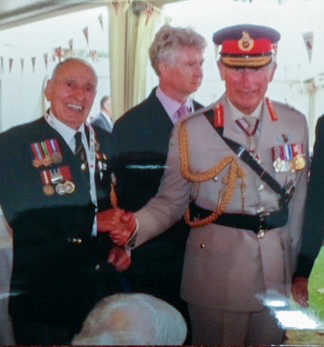 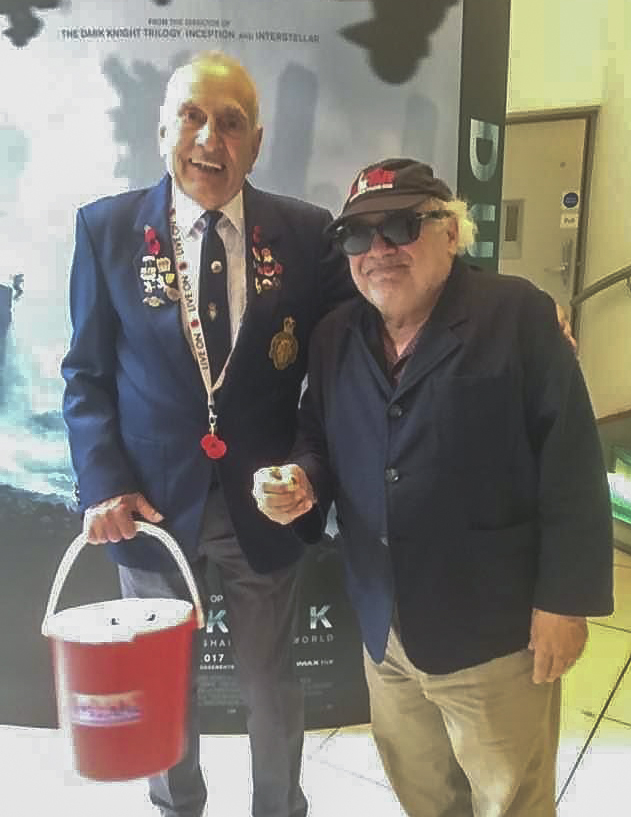 And he has also gathered an amazing collection of selfies of the many celebrities he has sold poppies to.

He has also rattled his collecting bucket in front of Prince Charles and Camilla, four Prime Ministers and a clutch of sporting stars.

But this Saturday will be his last day selling poppies on behalf of the Royal British Legion.

And before he quits, he would love Sun readers to help him reach £1MILLION.

Every morning during the two weeks of the Poppy Appeal, 79-year-old Brian arrives at the station at 6am. He stays all day selling poppies and badges in all weathers until the commuters go home.

In the evening he often takes his bucket to celebrity events in London where he got donations from DeVito and Sir Cliff Richard.

Brian says: “I have met Prince Charles three times and I have sold poppies at Downing Street to four Prime Ministers. I’ve met everybody from Cliff Richard to Ollie Murs, Ross Kemp, Tom Jones, Carol Vorderman and lots from EastEnders.

Brian has been selling poppies since 1989 as a thank you to the Royal British Legion which paid for him to make a heart- rending journey to Singapore to see the grave of the father he never knew.

Private Stanley Coombs was 22 when he was blown up as he landed in Singapore with the Buckinghamshire and Hampshire Regiment on Valentine’s Day 1942.

Back home in Islington, London, his wife, Mary, was seven months pregnant.

She gave birth to Brian in April 1942 and did not find out until Christmas Eve that her husband had been killed in action.

Brian, of Eltham, South London says while working as a DJ in a friend’s pub, he got chatting about the war and someone told him the British Legion would pay for him to go to see his father’s grave.

He recalls: “I got in touch with the Legion and they gave me a £500 grant to go to Kranji War Cemetery in Singapore, where more than 24,000 allies are buried.

“The place was so big I got really upset because I couldn’t find my father’s grave.

“A Chinese man who worked there came up to me and asked, ‘are you OK?’

“He took me straight to Dad’s grave and he said to me, ‘Your father knew you were coming today . . . because his flowers are the only ones in bloom’. I cried my eyes out.

‘HE'S QUITE A CHARACTER’

“I have my father’s medals and I wear them every year when I’m collecting for the Royal British Legion.”

Father-of-two Brian was determined to thank the Legion by collecting every year for the poppy appeal.

Brian was rattling his collecting bucket at a red carpet event in London when Prince Charles stopped.

Brian says: “We shook hands and had a very quick chat. As Prince Charles went to walk away I called him back.

I have my father’s medals and I wear them every year when I’m collecting for the Royal British Legion.

Brian was at a Remembrance Day event in nearby Trafalgar Square when he met Tipping Point’s Ben Shephard.

Ben says: “Brian is quite a character and we have become friends. It’s incredible how much money he has raised over the years for an amazing organisation.”

The Legion’s assistant director for community fundraising, Simon O’Leary said: “It is fantastic to see Brian being recognised for his amazing fundraising achievements. We hugely value all our Poppy Appeal collectors.”

Honour our forces past and present 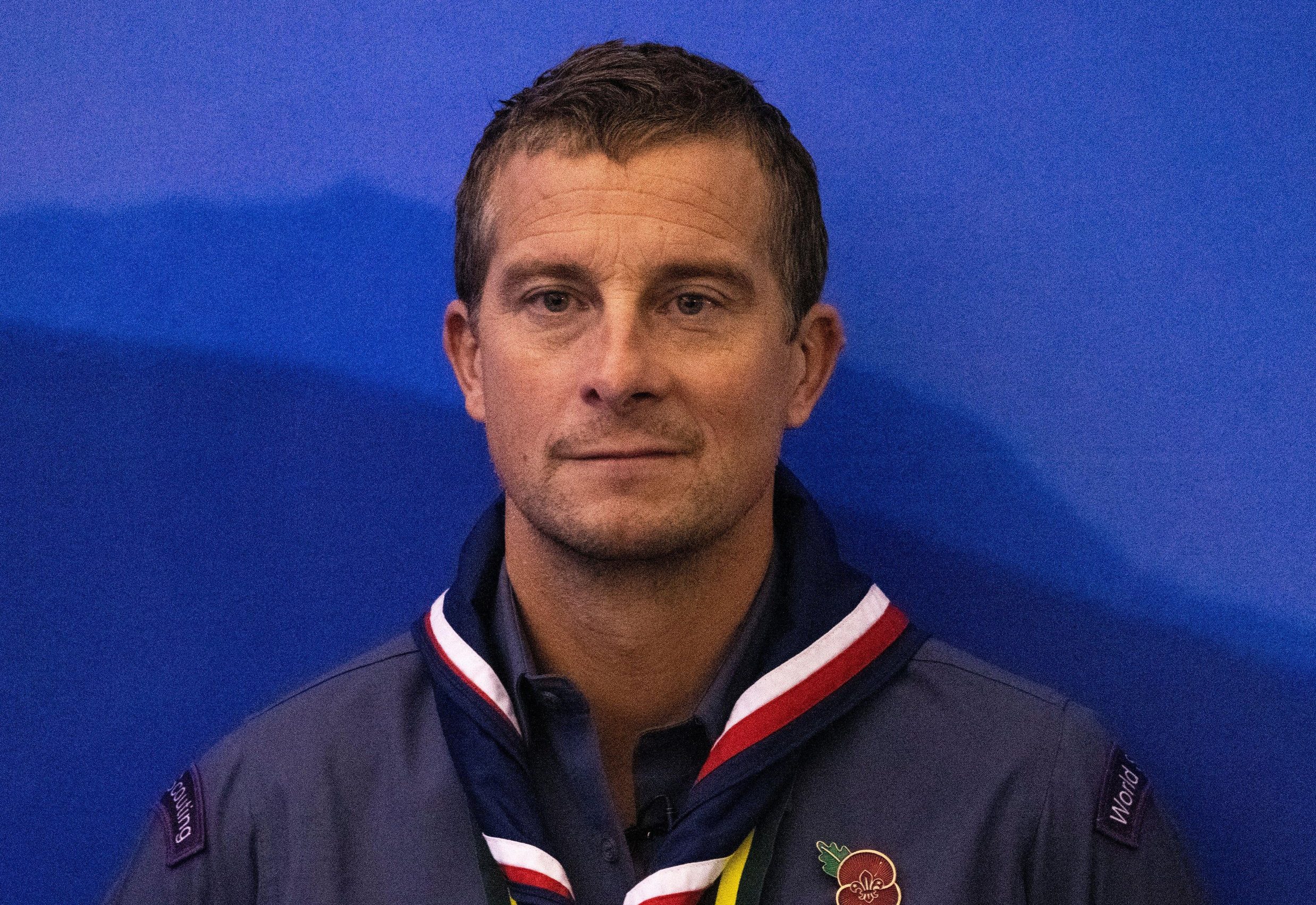 FOR your tomorrow, they gave their today. That is why, at this time of year, every year, people from all communities, ages and religions unite to honour our Armed Forces, past and present.

Life may not yet be quite back to how it once was. But we can still show that we remember and commemorate the servicemen and women from Britain and the Commonwealth who sacrificed their lives for the freedoms we enjoy today.

In our own time of adversity, the pandemic cannot stop us from honouring their memory. So let us come together once again and remember those to whom we owe so much.

The Royal British Legion was founded in 1921 and launched the first ever Poppy Appeal that winter, so this year is even more poignant and important as its centenary is marked.

The poppy was chosen as a symbol of remembrance after inspiration from the beautiful 1915 poem In Flanders’ Fields written by Canadian Lieutenant Colonel and doctor John McCrae.

The silk poppies sold out immediately, raising more than £106,000. This unprecedented volume of donations from the British people, struggling themselves through the conflict’s aftermath, helped veterans find accommodation and jobs.

Doesn’t that typify the British spirit – a sense of generosity in times of suffering and adversity? As we navigate through our own troubled period, let us too show that same warmth and kindness.

In 1922 the Poppy Factory was set up, employing disabled ex-servicemen to create poppies to sell during the appeal. To this day, it still produces millions of poppies each year.

So, you will be wearing history on your lapel. I urge you all to buy one or more. Every poppy really does make a difference.

The Royal British Legion is the national custodian of Remembrance, with a commitment to help us understand its importance so those who were killed defending freedom are never forgotten.

By honouring the fallen in this way, and by standing silent and reflective on November 11 at 11am, we show that we really do still care.

We are also supporting a new generation of veterans and service personnel, many who have returned following tours in Afghanistan and Iraq. I have had the privilege of meeting and working with many of these brave men and women at my company Be Military Fit, where we employ many veterans and help them build new chapters in their lives.

And, as Chief Scout, I am also proud that the Scout movement is supporting the Royal British Legion, not only with our young army out there collecting donations, but also by producing a special Scout poppy badge to raise extra funds.

Our Armed Forces have also been standing shoulder to shoulder with us and our key workers in the fight against coronavirus. All of you service personnel are incredible. We will be forever grateful.

For the past 100 years, and for the next, we want to make sure we always help our veterans get the support they deserve when they leave the military.

So, let us say a special Happy 100th birthday to The British Legion, an incredible organisation.

And whatever our faith, let us take a moment to remember those who have been lost.

Together, we have journeyed through a very dark period ourselves and I believe this renewed compassion and unity will be reflected as we pay tribute to those who made the ultimate sacrifice.

They shall grow not old, as we that are left grow old. Age shall not weary them, nor the years condemn. At the going down of the sun and in the morning. We will remember them. 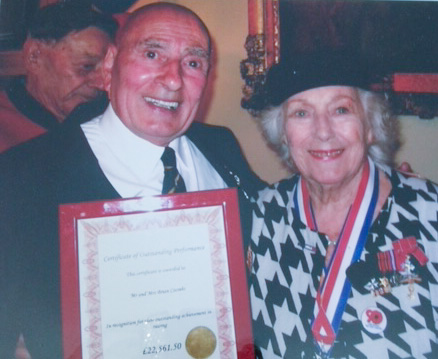 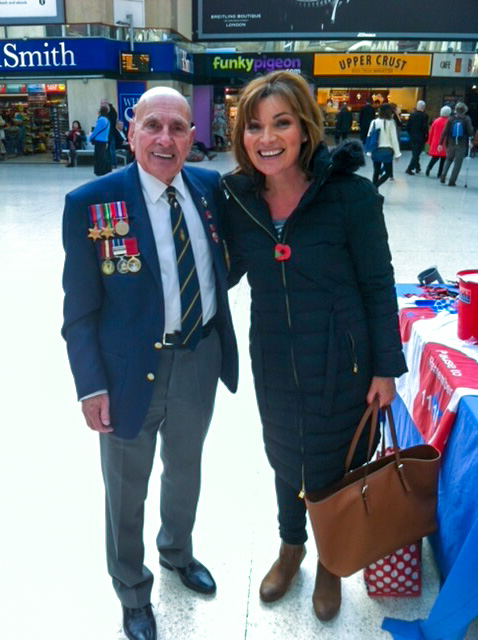 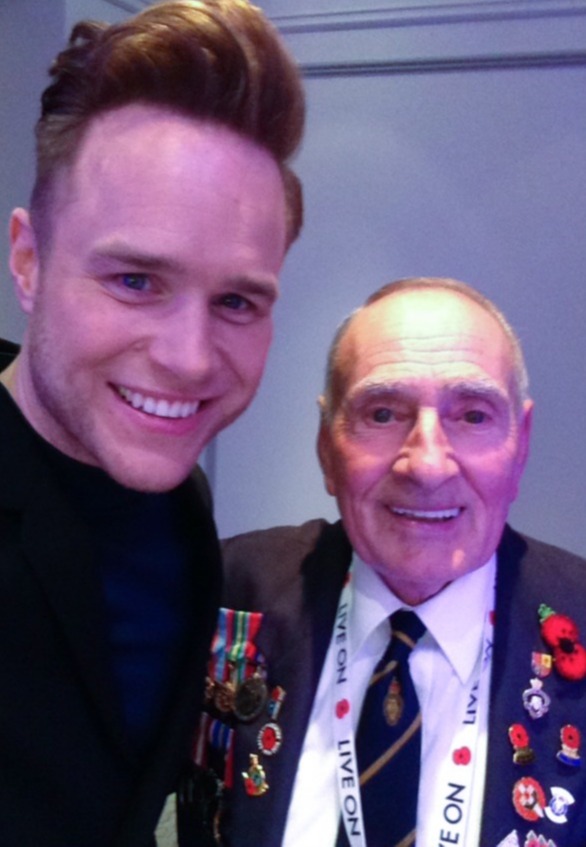 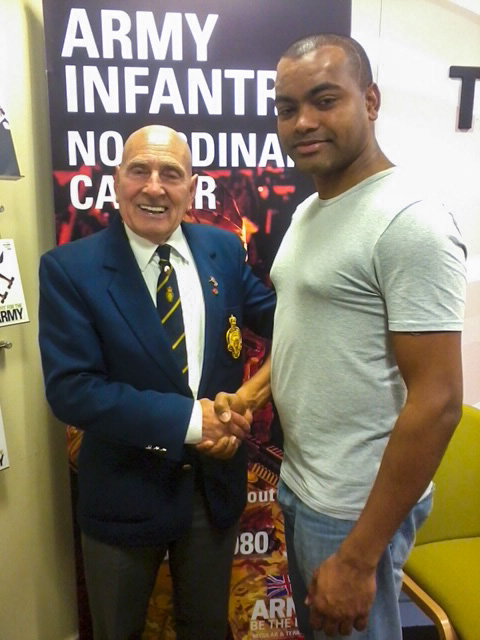 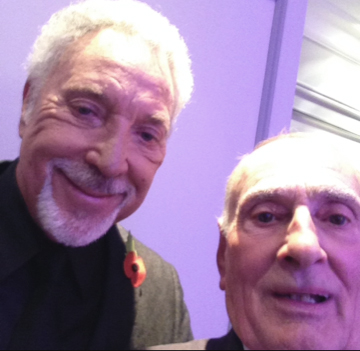