Athens: A Bulgarian alleged hitman charged with the murder of Sydney gangster John Macris in Athens last October has told a magistrate he was on holiday and had nothing to do with the killing.

And he claimed that when he was spotted in a café apparently tailing his target before the hit he was merely enjoying an ice cream.

The 31-year-old has been remanded in custody after a short interrogation by an investigating judge. 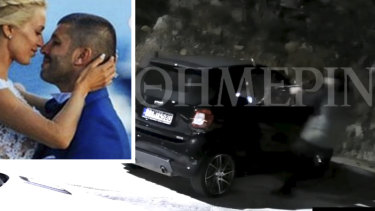 He will now go to prison as the judge gathers evidence in the case, in preparation for a possible trial.

The interrogation took place in private. 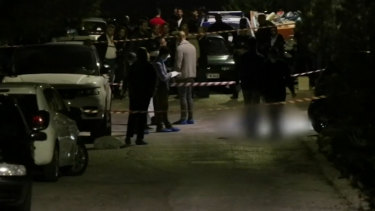 The man who gunned down Sydney underworld figure John Macris has been charged with murder. Credit:ninevms

However his lawyer, Alexandros Lykourezos, said his client had “answered a few questions put to him” and denied the charge of murder.

“He claims he is not guilty and he came to Greece for a holiday, that’s all,” Lykourezos said.

Lykourezos is one of Greece’s most famous (and expensive) barristers.

He took over the case on Monday replacing the accused man’s previous lawyer.

Macris, a Sydney businessman with links to organised crime, was shot dead in his car outside his home in the Athens seaside suburb of Glyfada on October 31. Police believe it was a contract killing ordered by an unknown underworld figure.

Last Tuesday the 31-year-old Bulgarian was arrested in Athens, and then charged with Macris’ murder.

Athens detectives allege he was a professional hitman who had returned to Athens from the Bulgarian capital Sofia on April 2 for another job. They have not released his name but The Age and The Sydney Morning Herald understand it is Yuliyanov J Raychev Serafim.

He lives in Bulgaria, but also has Canadian citizenship and is believed to have run a tattoo business there.

Police reportedly have a witness who has identified Raychev as the man caught on CCTV shooting Macris.

Raychev has disputed it is him in the video, saying he is a much bigger man than the one caught on camera.

The witness, who knows the accused, also revealed to police that Raychev used to practice shooting guns in Bulgaria.

On Monday evening Macris’ widow, model Victora Karyda, posted a photo of herself with her husband with the simple message “Agapi Mou” – “my darling”.

Greek media reported she had been crying during the interrogation and said her “husband’s soul must find peace”.