WHEN Bethany Haines’ dad was brutally executed by the IS terrorist known as Jihadi John in Syria, she barely knew where the country was.

Now the daughter of British aid worker David, who was killed in September 2014, has painstakingly pieced together her father’s final days. 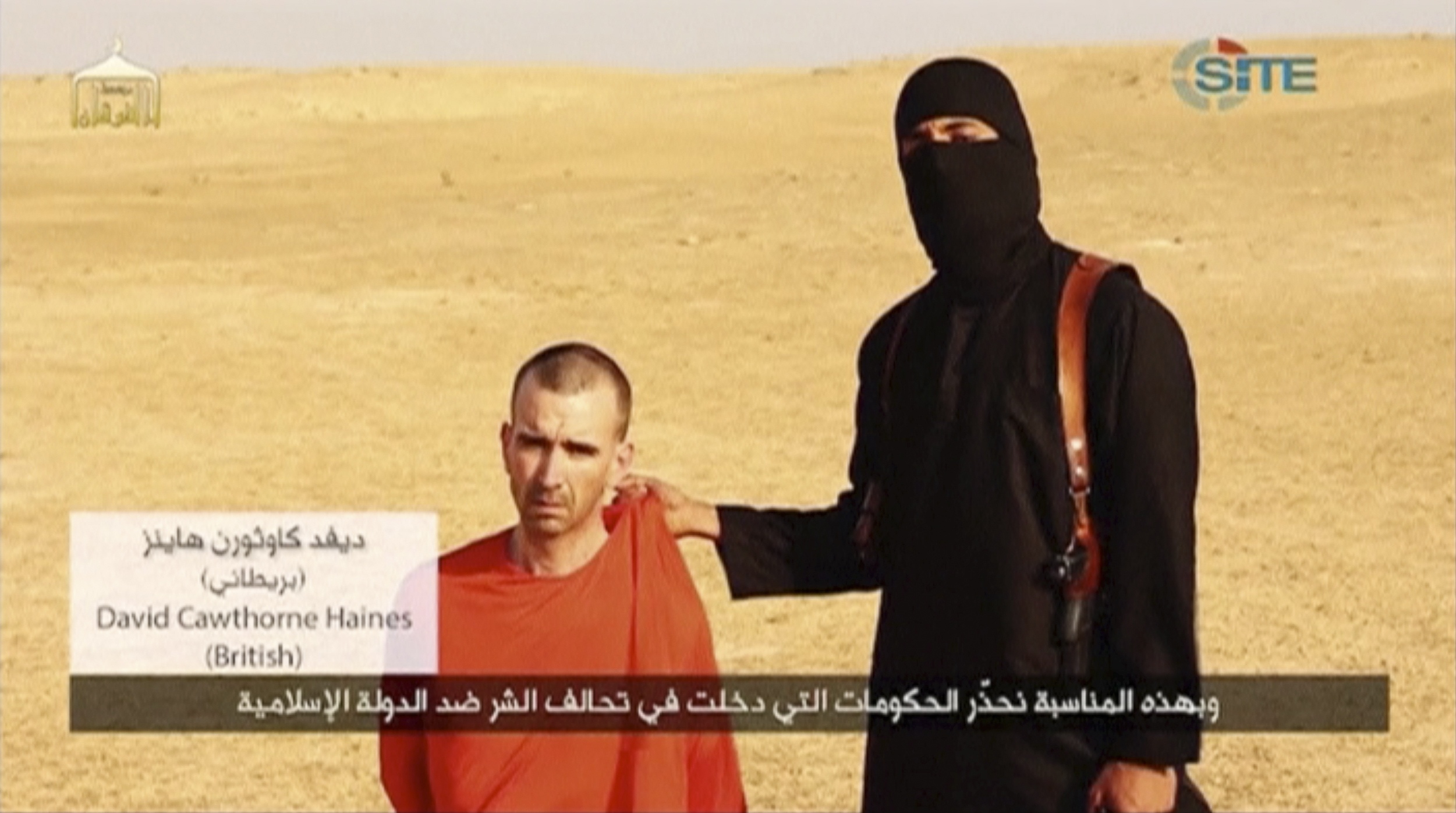 She has used information from local police, fellow hostages and testimony of other terrorists — and believes she knows the location of his final resting place.

Bethany has “longitude and latitude co-ordinates”, which pinpoint a spot in the hills just outside the town of Raqqa.

And in an exclusive interview, she has told for the first time how she is determined to bring “something of him home”.

The 24-year old also hit out at the Foreign Office, saying she felt she had been kept in the dark while he was an IS captive and during her crusade after his death.

She told us: “I want to bring something of my dad home and I’m now starting to find out the answers to all the questions I have.

“I’ve found out where he was, what he was doing, who he was held by, the treatment he was getting. I believe I know his final resting place.

“I feel the Foreign Office hasn’t helped me, in fact they knew all these answers from very early on and they just didn’t tell us.

“There is a lot of anger there. I want to go to Syria as soon as I can to bring some of his remains home.”

Today Bethany tells how she recently locked gazes with one of her dad’s captors at a trial in the US, wants face-to-face meetings with his other tormentors and turned down a meeting in Syria with IS bride Shamima Begum — saying “there would have been violence if I’d met her”.

The video of gaunt and pale David, 44, kneeling next to knife-brandishing, British-born terrorist Mohammed Emwazi, horrified the world in September 2014.

In his chilling last words to the camera, David, from Perth, declared he held then-Prime Minister David Cameron “entirely responsible for my execution” and said he had been let down by “our Parliament’s selfish decisions”.

Bethany has given us permission to use the last image of her dad alive.

Ex-RAF man David had travelled to some of the world’s most dangerous places.

So when he told Bethany he was going to Turkey on an aid mission in January 2013 she was unconcerned.

‘IT WAS A LIVING HELL'

Then a 15-year-old student, said explained: “You go on holiday there, so what could be the problem?

“I never dreamed it would be the last time I’d see him.”

The next month her mum told her he had been kidnapped in Syria.

Bethany said she and her family were then plunged into a “living hell” as she claims the Foreign Office refused to give them any detail about his safety or whereabouts.

She was even forbidden from talking about his kidnap to anyone as security services feared her dad’s past in the RAF may get back to her captors and make him a more valuable hostage.

She said: “We were left with no information. No one supported us.

“We didn’t know whether he was alive or dead. It was hell.

“I just wanted to grab a gun and go to Syria and grab him back. I was getting into trouble at school, I was constantly on my phone, constantly checking the news to make sure he was alive.

“My teachers had no idea the pain I was going through because I couldn’t tell them.

“We were initially told it was a criminal gang holding him, no one had heard of IS then.

“The Foreign Office were saying, ‘We’re getting David out’. Then the first hostage video came out.”

On August 19, 2014, a video emerged of US journalist James Foley being beheaded.

He was killed by IS fighter Mohammed Emwazi, nick named Jihadi John because he was part of a four-man cell called The Beatles due to their British accents.

It was on September 13, 2014, that Bethany learned of the news she had been dreading.

She said: “We knew my dad had been held by the same people as the murdered men. But nothing prepared me for what happened.

'I WAS PROUD OF HIM'

"Mum told me, ‘There’s a video that appears to show your dad’s death in the Syrian desert’.”

She steeled herself to watch, and said: “I knew immediately it was him. I was struck by how calmly my dad spoke. It was like he’d accepted his fate. I was proud of him.”

Instead of giving in to her grief, Bethany threw herself into getting answers — launching a crusade to piece together his final days and bring home his remains.

She said: “In the absence of much help from the Foreign Office I started my work from scratch.

“Where was Syria? I looked at their civil war, Islam as a religion. I really dug into IS.

“Before I knew it I had maps all over my wall, terror suspects’ faces. It looked like a police investigation room. Without it, I might not be here today. It gave me a purpose.”

Bethany has since met his fellow hostages, spoken to Syrian police and travelled to the country in which her dad died to build up a picture of his final weeks.

Speaking about it for the first time, Bethany, who has a sister Athea, 11, said: “I’ve put together a timeline of what Dad was doing almost every day of his captivity.

“I learned there was waterboarding and electric shocks. I know the locations where he was held.

“I know he did yoga, made a chess board, and I found out that every day he would sit alone for an hour.

“One fellow hostage told me, ‘That was his time with his girls’.” Bethany believes she has pinpointed her dad’s final resting place in the hills outside Raqqa.

On a trip to America to see Mohammed Emwazi’s fellow captor El Shafee “Jihadi George” Elsheikh face terror charges last month, she learned he had told his lawyers what had happened to the bodies of hostages.

Bethany is fighting to get full access to his testimony.

She said: “I’m certain I know the longitude and latitude co-ordinates of where his ashes or remains are now. I do fear that his body was burned.

“Elsheikh said in court, about another of the hostages, that their remains were burned because the ground was too hard to dig a grave.

"My dad was killed in September, when the ground is very hard, and it’s most likely his remains were burned.

“They are in the hills just outside Raqqa. There are loads of mines and sleeper IS cells there but I don’t care. I want to go and bring something of my dad home.”

At the court case she stared Elsheikh straight in the eye.

It has made her want to meet all the surviving terrorists to ask about her dad.

She said: “I wanted to show Elsheikh I wasn’t scared. I have no fear of meeting any of them.

“Emwazi was killed in an air strike in 2015. I was delighted then but now I wish I could have got to him to find out more about Dad.”

She would also like to meet disgraced British IS bride Shamima Begum, who went to join the terror outfit at 15 and is now, aged 22, still in Syria but trying to return to Britain.

Bethany said: “When I was last in Syria I was offered the chance to meet Begum.

“But I told them that I’d be so angry I’d probably perform a WWE wrestling move on her. But now I’d love to meet her and pull her arguments apart. I don’t believe she wasn’t more involved.”

Bethany also wants a change in the law on how British hostages and their families are treated by the Foreign Office and the security services.

She said: “A British national is going to be kidnapped again and I don’t want any family to go through what we did in terms of not knowing anything.

"It ripped our family apart. There should be better protocols for telling all immediate members of the family what is happening.”

A Foreign, Commonwealth and Development Office spokesman said: “Our consular teams have been in constant contact with the victim’s family to keep them informed of progress.” 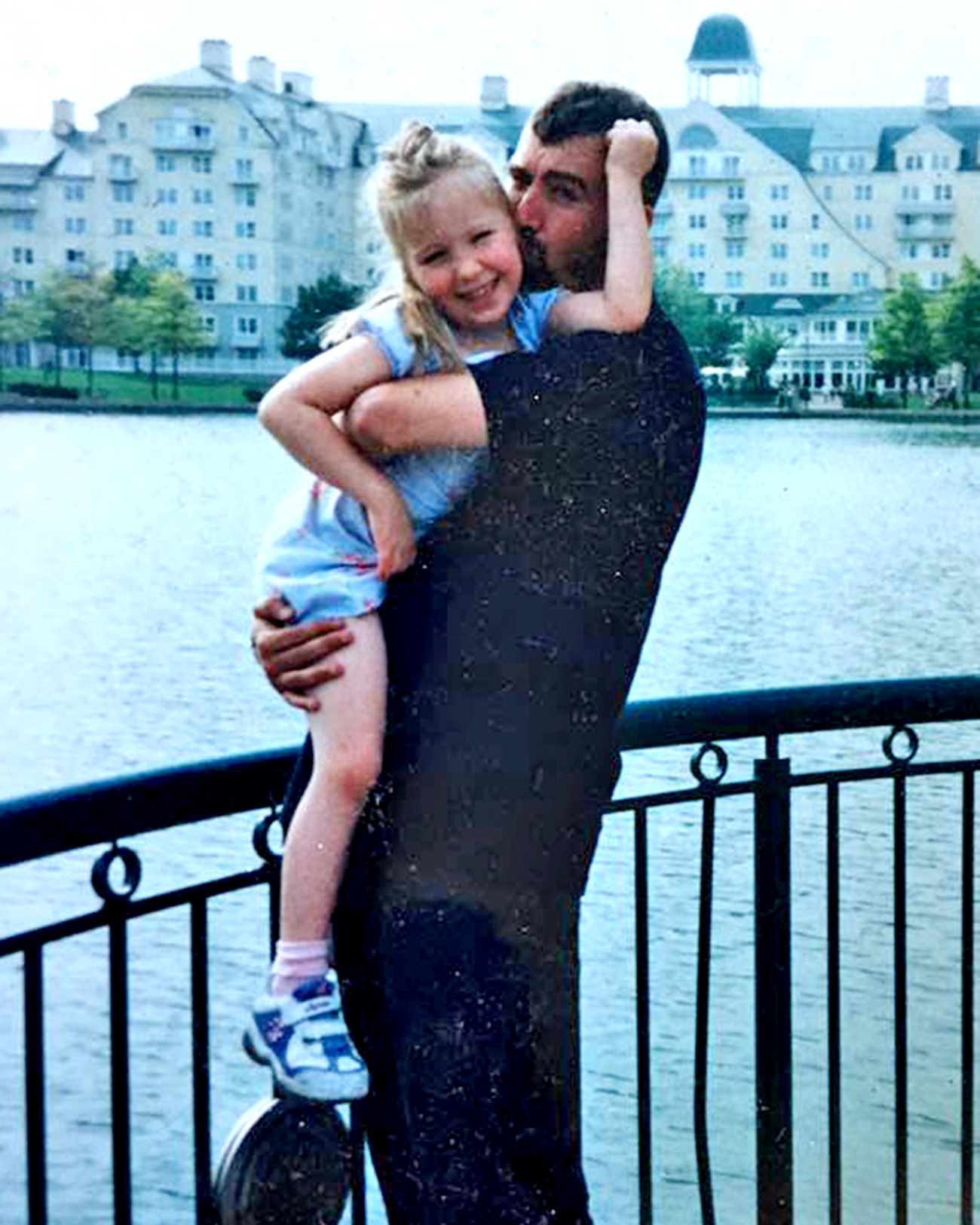