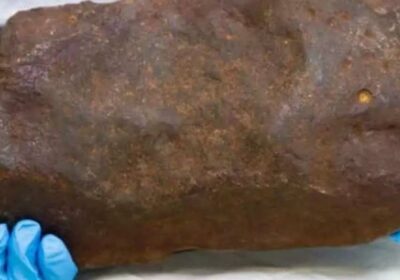 A TREASURE hunter who found a grubby rock kept it on a shelf for years – before finding out it was far more valuable than he could have imagined.

David Hole hoped there might be a gold nugget inside the rough brown lump but it was so tough his power tools failed to make a dent. 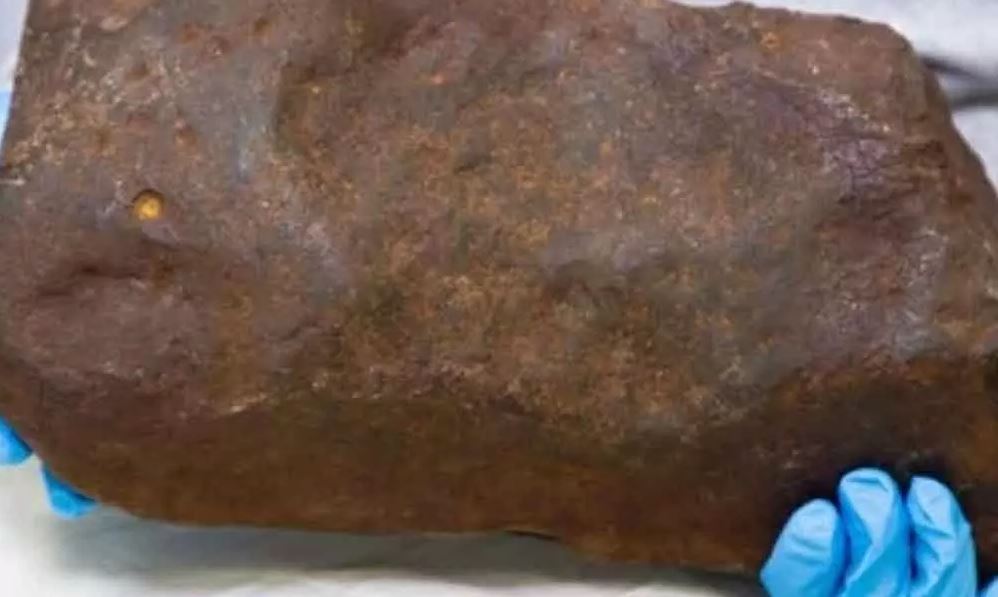 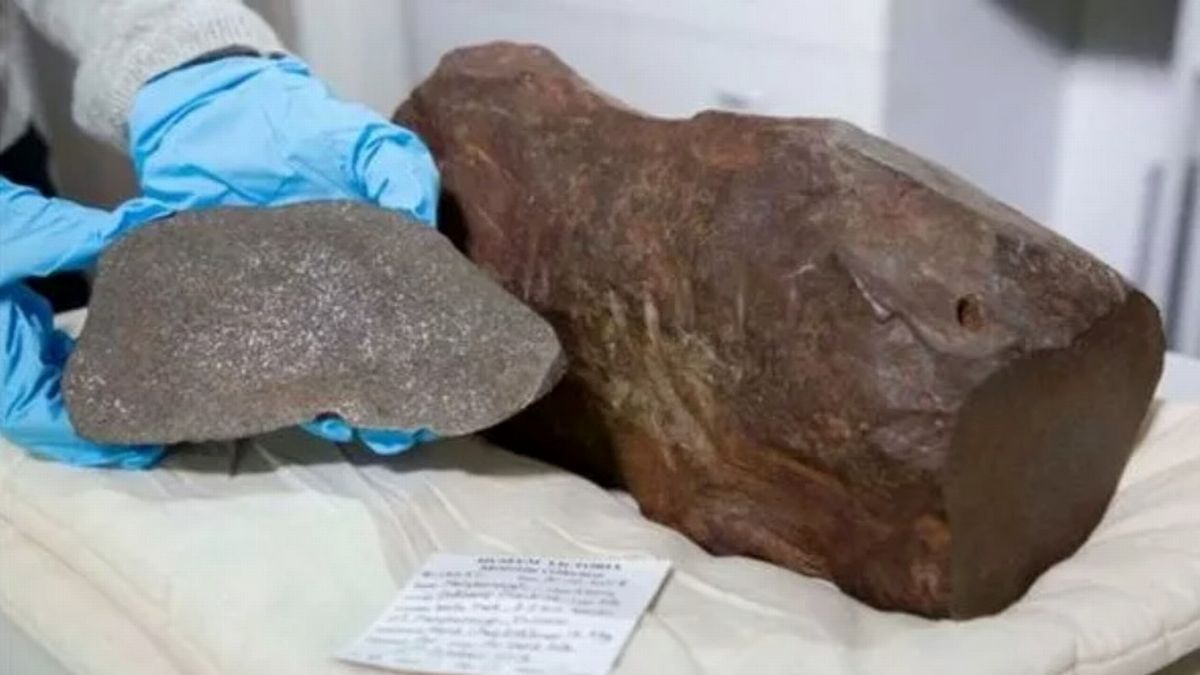 It was only years later an expert told him it is actually an incredibly rare 4.6billion-year-old meteorite.

Experts say onlyhandful of space rocks of this size have fallen in the region in the last century.

David found it in 2015 with his metal detector while scouring the yellow clay in Maryborough, near Melbourne, which is famous as the site of the Australian gold rush in the nineteenth century.

It weighs a whopping 17kg – around 40lbs – and appears metallic with rusty dimples all over.

David hoped he would find gold inside, so took it home and set about trying to crack it open.

A rock saw, a drill, an angle grinder and even heavy blows from a sledgehammer all bounced off the tough surface.

David also tried dousing it in acid but it failed to make a scratch.

"What the hell is this thing," he said to himself.

The unearthly rock then gathered dust for four years until he took it to be checked at Melbourne Museum.

Experts told him it contained something much rarer than gold: metal raindrops from the dawn of our solar system, reports the The Sydney Morning Herald.

It was created from the swirling cloud of debris surrounding the newborn sun, which also formed the planets including the Earth.

It then spent 4.6billion years in orbit before crashing into Australia some time in the last 1,000 years, experts say.

Geologist Dermot Henry said in his 37 years of working in the area he had only come across two genuine meteorites.

He said: "This is only the 17th meteorite found in Victoria, whereas there have been thousands of gold nuggets found.

"Looking at the chain of events, it's quite, you might say, astronomical it being discovered at all."

He added: "It had this sculpted, dimpled look to it. That’s formed when they come through the atmosphere.

"They are melting on the outside, and the atmosphere sculpts them.

"They transport us back in time, providing clues to the age, formation and chemistry of our solar system."

Researchers classified it as an H5 ordinary chondrite meteorite, which means it contains tiny crystallised droplets of metal that formed by flash heating of the dust clouds of the early solar system.

It contains silicates, iron, nickel and magnesium, as well as small amounts of carbon and crystallised water.

It was most likely formed in the asteroid belt between Mars and Jupiter, and was sent off course by a collision.

Carbon dating analysis puts its time on Earth somewhere between 100 and 1,000 years.

Various meteor sightings in the past 150 years offer potential timings for when it hit the earth in a fiery streak.

Meteorite strikes are rare and usually hit uninhabited regions, but very occasionally are seen near homes.

In 2016 David Stevenson said he saw a red hot space rock smash down his garden fence and burn a hole in his lawn in Leeds, West Yorks.

And just last month, a meteorite crashed through a roof and landed on a Ruth Hamilton's pillow in British Columbia, Canada.