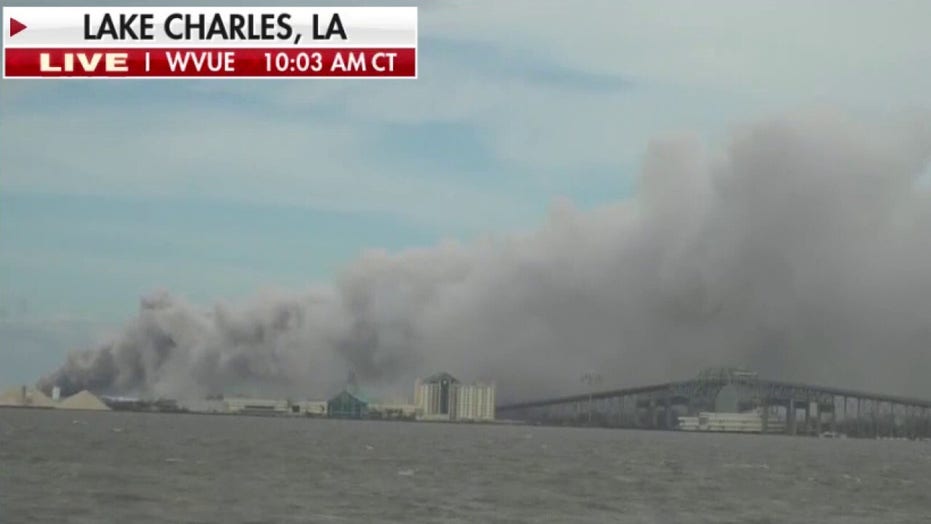 A large fire erupted Thursday at a chemical plant outside the Louisiana city of Lake Charles following Hurricane Laura’s passage through the area earlier this morning.

Images and videos of the blaze showed large plumes of smoke billowing over Interstate 10 and Gov. John Bel Edwards is now advising locals to stay out of the area.

"There is a chemical fire in the Westlake/Moss Bluff/Sulphur area," he tweeted. "Residents are advised to shelter in place until further notice and close your doors and windows."

BioLab’s Lake Charles plant was built in 1979 and manufactures trichloroisocyanuric acid, chlorinating granules and other chemicals used in such household cleaners as Comet bleach scrub and pool chlorine powder, according to the Associated Press.

Both trichloroisocyanuric acid and chlorine are potentially acutely toxic to people and animals if ingested or inhaled. Chlorine gas, which can appear in the air as a greenish yellow cloud, was used as a chemical weapon in World War 1. It is a potent irritant to the eyes, throat and lungs.

It's not clear what started the blaze.

Hurricane Laura made landfall near Lake Charles earlier this morning, where a 133 mph gust and an 85 mph sustained wind were measured.

Fox News’ Travis Fedschun and the Associated Press contributed to this report.