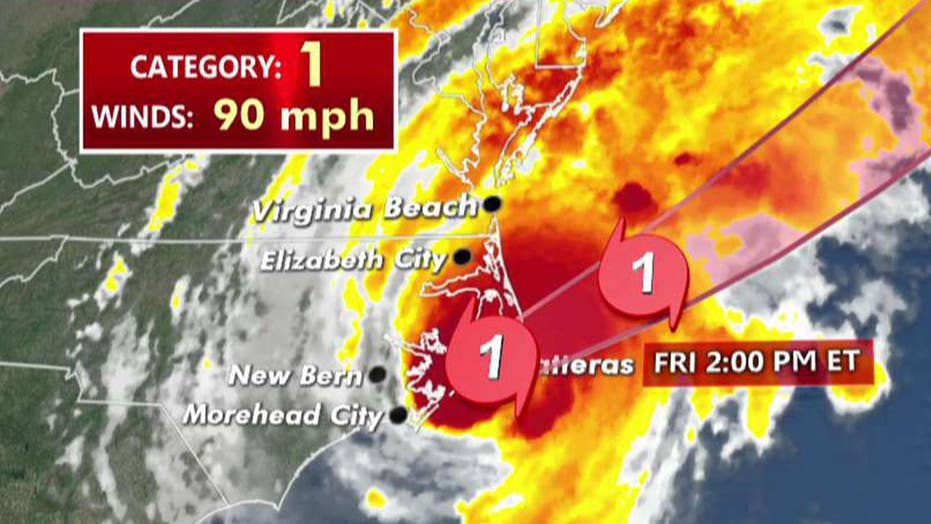 Janice Dean has the latest from the Fox Extreme Weather Center.

The National Weather Service said the storm had sustained winds of 90 mph as it battered the United States’ eastern coast after devastating the Bahamas earlier this week. As of 8 a.m. EDT, Dorian's eye was 10 miles off Cape Hatteras and was moving northeast at 14 mph. It is expected to remain a hurricane as it sweeps up the Eastern Seaboard on Friday and Saturday, when it will be far enough offshore that its hurricane-force winds are unlikely to reach land.

In North Carolina, though, the hurricane's landfall lashed homes and businesses with wind, rain and floodwaters.

"It's bad," Ann Warner, who owns Howard's Pub on Ocracoke Island, said by telephone. "The water came up to the inside of our bottom floor, which has never had water." She said a skylight blew out and whitecaps coursed through her front yard and underneath her elevated house.

Warner added: "We're safe. But it's certainly a mess."

The National Hurricane Center said on Twitter that normally dry areas near the coast will be flooded by rising waters moving inland and that the surge will likely be "accompanied by large and destructive waves."

The hurricane has been blamed for at least four deaths along the coast of the Carolinas and at least 30 deaths in the Bahamas, where the then-Category 5 storm battered the archipelago for two days starting last Sunday. 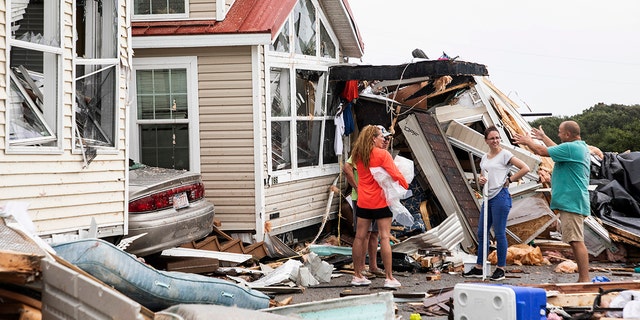 On the Outer Banks, forecasters said large and destructive waves could reach nearly to the ceilings of one-story structures along the 200-mile string of islands.

"Do not let your guard down," Dare County emergency managers warned people who insisted on riding out the storm.

More than 1 million people have been warned to leave the Carolinas, Durham, N.C.'s WTVD-TV reported.

The station's chief meteorologist, Chris Hohmann, said the storm has sped up to 15 mph and could be back out to sea within 12 hours. 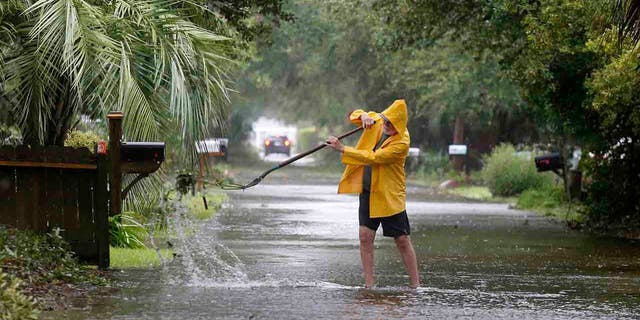 An Isle of Palms resident clears the drain on Hartnett Blvd. during Hurricane Dorian at the Isle of Palms, S.C., Thursday, Sept. 5, 2019, in Charleston, S.C. (AP Photo/Mic Smith)

"Hurricane Dorian is ready to unleash its fury on our state," Cooper said. "The storm has gained strength. Get to safety and stay there. Don't let your guard down. Whether it comes to shore or not, the eye of the storm will be close enough to cause significant damage."