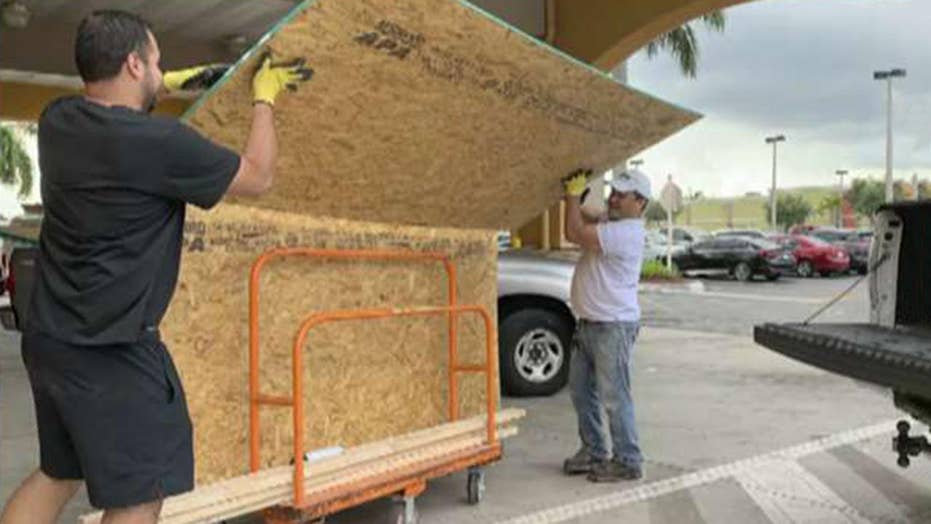 Florida residents are preparing for Hurricane Dorian as it inches closer and closer to the continental U.S.

Florida weather officials warned late Sunday that Hurricane Dorian—the Category 5 monster that continues to batter parts of the Bahamas with 185 mph winds— is the strongest storm to ever threaten the state’s East Coast.

The storm—which was about 135 miles east of West Palm Beach as of 11:35 p.m. ET Sunday—is still considered unpredictable. Millions of residents on the East Coast are watching to see if the storm will turn north in the next two days and spare the state with a direct hit.

“No matter what path this storm takes, our state will be impacted,” Jared Moskowitz, the director of the state’s Department of Emergency Management, said. “We will continue to work around the clock to prepare.”

The National Hurricane Center on Sunday issued its first hurricane warning for parts of Florida related to Dorian. The storm has slowed early Monday and is moving west at 5 mph.

Glenn Richards, the chief meteorologist on Fox 35, said late Sunday that the forecast “turns Dorian northwest Monday afternoon/eve” and should keep the storm about 50-70 miles off the coast of Central Florida.

“This will produce tropical storm sustained winds and hurricane gusts along the coast with tropical-storm-force gusts inland. Still expecting 1-3 inches of rain inland with 3-6 inches near the coast,” he said. “Worst weather arrives early Tuesday and departs early Wednesday.”

The U.S. National Hurricane Center issued a hurricane watch for Florida's East Coast from Deerfield Beach north to the Georgia state line. The same area was put under a storm surge watch. Lake Okeechobee was under a tropical storm watch.

Ken Graham, director of the hurricane center, urged people not to bet on safety just because the forecast track had the storm a bit offshore. With every new forecast, "we keep nudging (Dorian's track) a little bit to the left" — that is, is closer to the Florida coast, Graham said.

The storm slammed into the Bahamas on Sunday as the strongest hurricane in modern records for the northwestern part of the islands.

Dorian's maximum sustained winds reached 185 mph, with gusts up to 220 mph, tying the record for the most powerful Atlantic hurricane to ever make landfall.

That equaled the Labor Day hurricane of 1935, before storms were named. The only recorded storm that was more powerful was Hurricane Allen in 1980, with 190 mph winds, though it did not make landfall at that strength.

South Carolina Gov. Henry McMaster issued an order Sunday for the mandatory evacuation of his state's entire coast. The order, which covers about 830,000 people, was to take effect at noon Monday, at which point state troopers were to make all lanes on major coastal highways one-way heading inland.

“As we continue to monitor this storm, all Floridians should follow local reports and heed the call for evacuations," Florida Gov. Ron DeSantis said. "We are ready to deploy assets as needed and will continue to monitor traffic and fuel levels as more counties come under hurricane watches and warnings.”