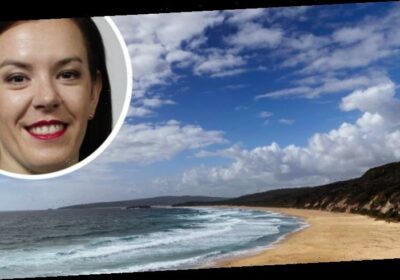 Police have determined remains found at Mollymook Beach on the NSW South Coast last Friday do not belong to Sydney businesswoman Melissa Caddick.

NSW Police on Tuesday said the remains “have been determined to be human, as belonging to a man” but do not belong to a 39-year-old man missing from the Batemans Bay area since January 25.

The remains, reportedly a piece of flesh including a belly button, were found at Mollymook about 6.30pm on Friday.

“Further testing including comparative DNA testing will be undertaken to identify the remains,” police said.

“The DNA profile will be compared against the missing persons database, which contains the hereditary and genetic mapping of long-term missing people in NSW.”

Ms Caddick’s badly decomposed foot in an ASICS running shoe was found at Bournda Beach, near Tathra, on February 21.

The 49-year-old disappeared from her Dover Heights home in Sydney’s eastern suburbs in mid November.

“Scientists were able to extract DNA from the foot and match it to a sample of DNA that we had already obtained from a toothbrush belonging to Melissa and from her relatives,” NSW Police Assistant Commissioner Mick Willing said last week.

In a statement on Monday, police said the Mollymook remains were among three undergoing forensic examination “to determine if they are human or animal”.

Remains were located at a beach at Cunjurong Point about 5.40pm on Saturday, and Warrain Beach, Culburra about 10.45am on Sunday.

Officers have established a crime scene at each location.

“If a member of the public locates remains, they are urged to leave them in situ, and contact local police in the first instance,” a police spokeswoman said.

She said a further set of remains, found at Tura Beach on February 27, “have been deemed to be animal”.

Catch all the day’s breaking news

At the end of each day, we’ll send you the most important breaking news headlines, evening entertainment ideas and a long read to enjoy.  Sign up here.