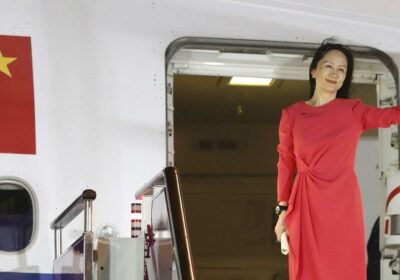 Huawei Chief Financial Officer Meng Wanzhou arrived in China on Saturday after more than 1,000 days under house arrest in Canada following a deal with US prosecutors to end a fraud case against her.

Two Canadians detained by Chinese authorities just days after Meng’s arrest have also been released and they arrived in Calgary on Saturday, where Canadian Prime Minister Justin Trudeau received them, local media reported. 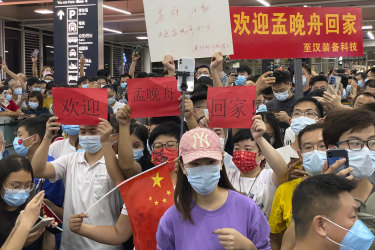 Meng, the daughter of Huawei Technologies founder Ren Zhengfei, was allowed to go home after reaching the deal on Friday to end the fraud case. That resulted in the scrapping of her US extradition hearing in a Vancouver court the same day.

The years-long extradition drama has been a central source of discord between Beijing and Washington, with Chinese officials signaling that the case needed to be dropped to help to end a diplomatic stalemate.

Chinese state media welcomed Meng back to the “motherland” on Saturday, but Chinese media kept silent about Michael Kovrig and Michael Spavor, the two Canadians released from Chinese custody in an apparent reciprocal act by Beijing.

They were also released a few hours after Meng, Canadian Prime Minister Justin Trudeau has said.

Footage from TV channel CTV showed Trudeau welcoming the two Michaels after they arrived in the western Canadian city of Calgary.

The Prime Minister’s Office did not offer an immediate comment.