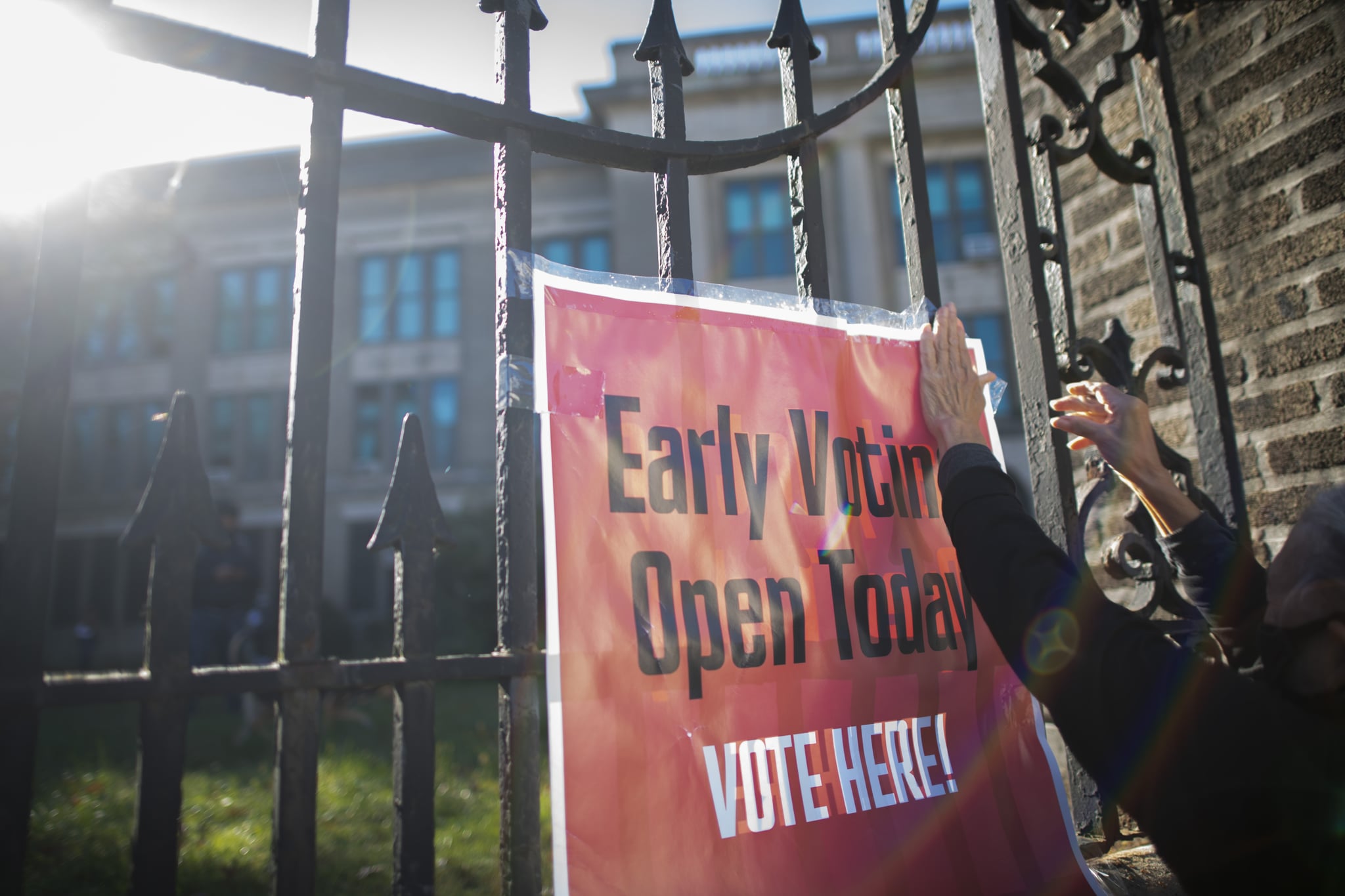 In the 2016 election, four in 10 Americans who were eligible to vote didn’t go to the polls. Although plenty of people stayed home voluntarily due to apathy, lack of enthusiasm, or not feeling educated about the issues, voter suppression also played a significant role. The Supreme Court had gutted the Voting Rights Act just a few years earlier, paving the way for states to pass restrictive laws that make it more difficult for people to vote. Four years later, with yet another presidential election on the line, not much has changed.

It’s impossible to say whether or not voter suppression influenced the outcome of the 2016 election, but it’s worth noting that most nonvoters were young, nonwhite, and less affluent — and they skewed Democratic. In 2020, voters face even more hurdles, as politicians and officials who want to suppress the vote exploit barriers caused by the COVID-19 pandemic. However, overcoming these hurdles to cast your ballot could not only affect the outcome of the election, but also help shape policies that safeguard the right to vote in the future. Here’s what experts want you to know.

What Is Voter Suppression?

Voter suppression can take many forms, according to Doug Hess, PhD, an assistant professor of political science at Grinnell College who specializes in voting rights and social policy. Tactics range from “creating unnecessary hurdles to casting a ballot to providing false information about the election, such as deceitful claims of fraud, deceptions about how or where to vote, and other ‘dirty tricks,'” Dr. Hess told POPSUGAR. “These are all serious threats to democracy.”

Nse Ufot, CEO of the New Georgia Project, a nonpartisan effort to help Georgia residents register to vote and engage in elections, pointed out that due to COVID-19, mail-in and absentee ballots are the safest way for people to vote. However, in Georgia, voters are responsible for buying their own postage stamps. “The minimum wage in Georgia is $5.15 per hour,” Ufot told POPSUGAR. This is below the federal minimum wage, and while most employees are paid the higher of the two, there are exceptions that disproportionately affect young people. “If you’re a person born in 2002 planning to vote for the first time, and you have to take the bus to the post office to purchase a stamp and send in your ballot, that’s $5.55 between the bus ride and the stamp,” she explained.

Ufot also noted that in the June primary, Georgians were forced to wait in line for five hours in order to vote. Voting machines malfunctioned, poll workers weren’t properly trained on the state’s new voting machines, and more than 80 polling locations in the Atlanta area closed ahead of Election Day. Now, with the general election drawing closer, Georgians who have chosen to vote early have already been met with long lines — particularly those in Black neighborhoods.