Home » World News » 'House of the Dragon': New trailer for 'Game of Thrones' prequel series transports viewers back to Westeros

'House of the Dragon': New trailer for 'Game of Thrones' prequel series transports viewers back to Westeros

Forget winter… dragons are coming. HBO dropped a new teaser trailer for the Game of Thrones prequel series, House of the Dragon, that takes fans back to Westeros for the first time since 2019. Premiering on Aug. 21, the 10-episode series, based on George R.R. Martin's epic fantasy franchise, promises an all-new game of "Who gets to sit on the Iron Throne?" (Watch the trailer above.)

Set two centuries before the events of the original series, House of the Dragon checks in with the ancestors of the Mother of Dragons herself, Daenerys Targaryen, played by Emilia Clarke. Former Doctor Who star Matt Smith heads up the sprawling ensemble cast as Daemon Targaryen, who covets the throne currently occupied by his brother, Viserys (Paddy Considine). But the king's daughter, Rhaenyra (Emma D'Arcy), stands in his way — setting the stage for an epic battle of wills and a battle of dragons. 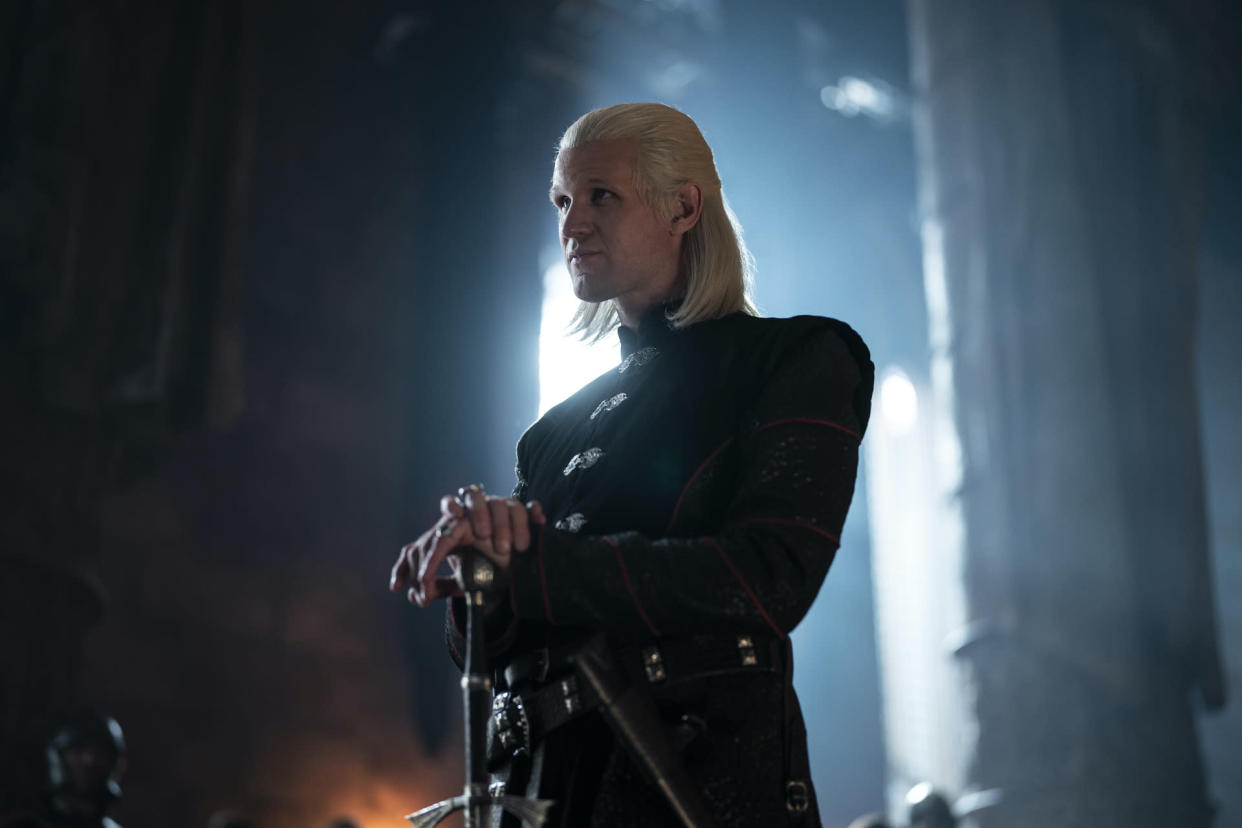 House of the Dragon was one of several Game of Thrones prequel series that was in the works at HBO after the original show ended in divisive fashion. At one point, it looked like the network would first proceed with the tentatively titled spinoff The Long Night, overseen by Jane Goldman and starring Naomi Watts and Naomi Ackie. That show was reportedly set during the Age of Heroes, roughly 5,000 years before the Iron Throne was forged. But HBO decided not to move forward with The Long Night after viewing the pilot, clearing the runway for House of the Dragon to take flight.

Based on the trailer, the upcoming series will lean heavily into familiar Westeros names and landmarks, not to mention all the palace intrigue. Even though King Viserys makes it clear that he wants his daughter on the Iron Throne, her older relative, Princess Rhaenys Targaryen (Eve Best), clearly articulates the barrier that could give Daemon the edge. "Men would sooner put the realm to the torch than see a woman ascend the Iron Throne," says Rhaenys, who was previously passed over as the throne's heir herself.

On Twitter, viewers seem ready to book a return dragon flight to Westeros, although memories of the crash landing that was the Game of Thrones series finale loom large.

House of the dragon looks 🔥.

Especially when GOT theme plays again.

Don't wanna get my hopes high though 🥺#HouseOfTheDragon#Gameofthrones

house of the dragon better not disappoint me. I dont have any heartbreak left!!

The House of the Dragon trailer has a line about men not accepting women on the throne….you can tell its trying to Do A Feminism here…but since we know that 200 years later, there will STILL be no woman on the throne when Game of Thrones ends, this line just hits like pic.twitter.com/bQ26vyDN1A

Judge me, but I’m excited about House of the Dragon 😭

House of the Dragon premieres Aug. 21 on HBO.