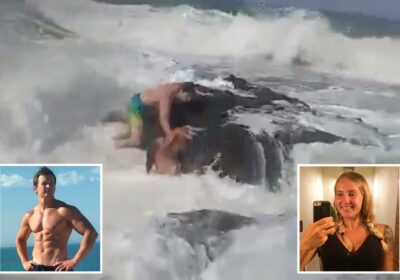 A DISTRESSING video shows how a Russian fitness coach bravely tried to save the life of a Finnish woman in a Spanish resort.

But tragically both died in the raging waters at La Zorra cove, in Torrevieja, Spain. 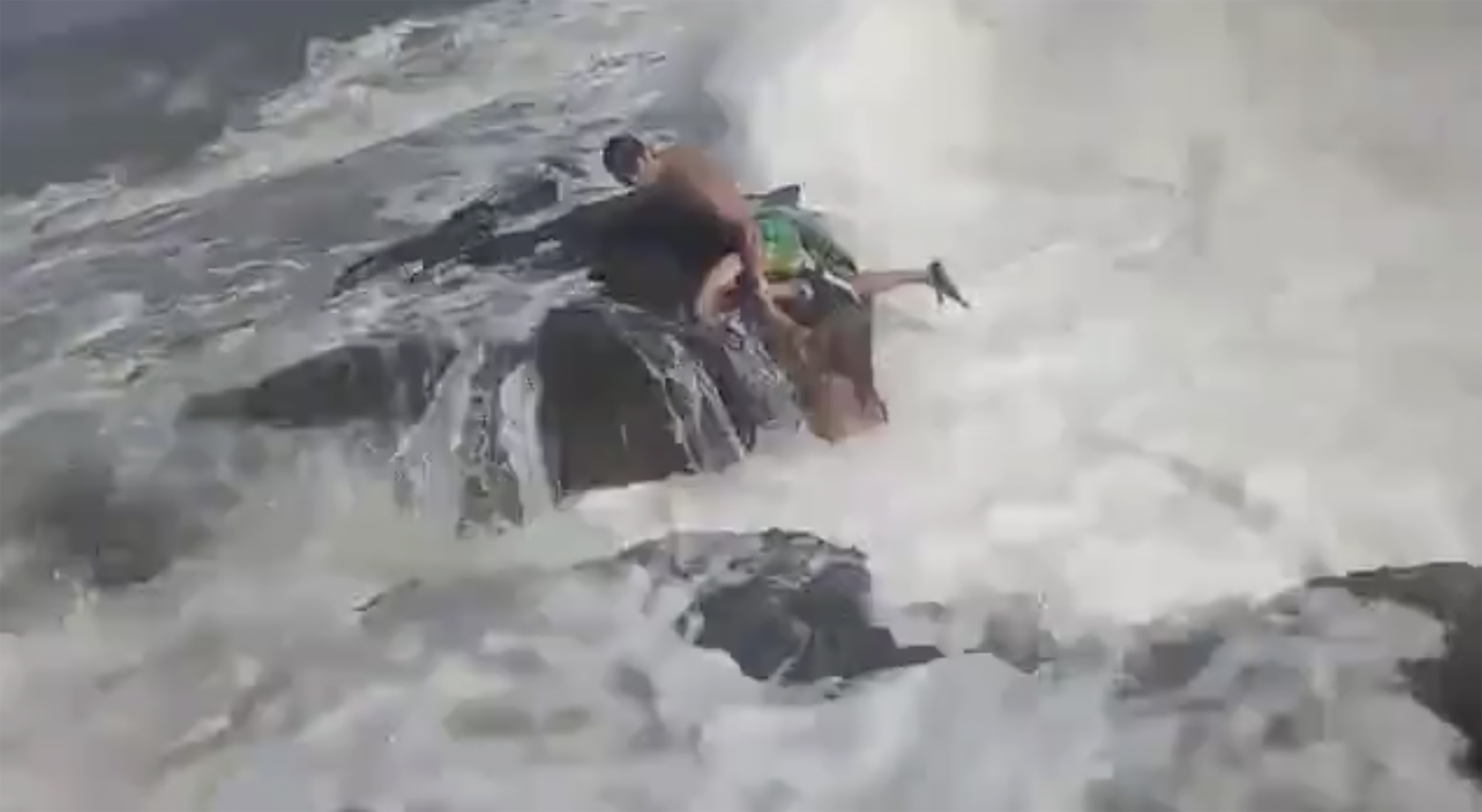 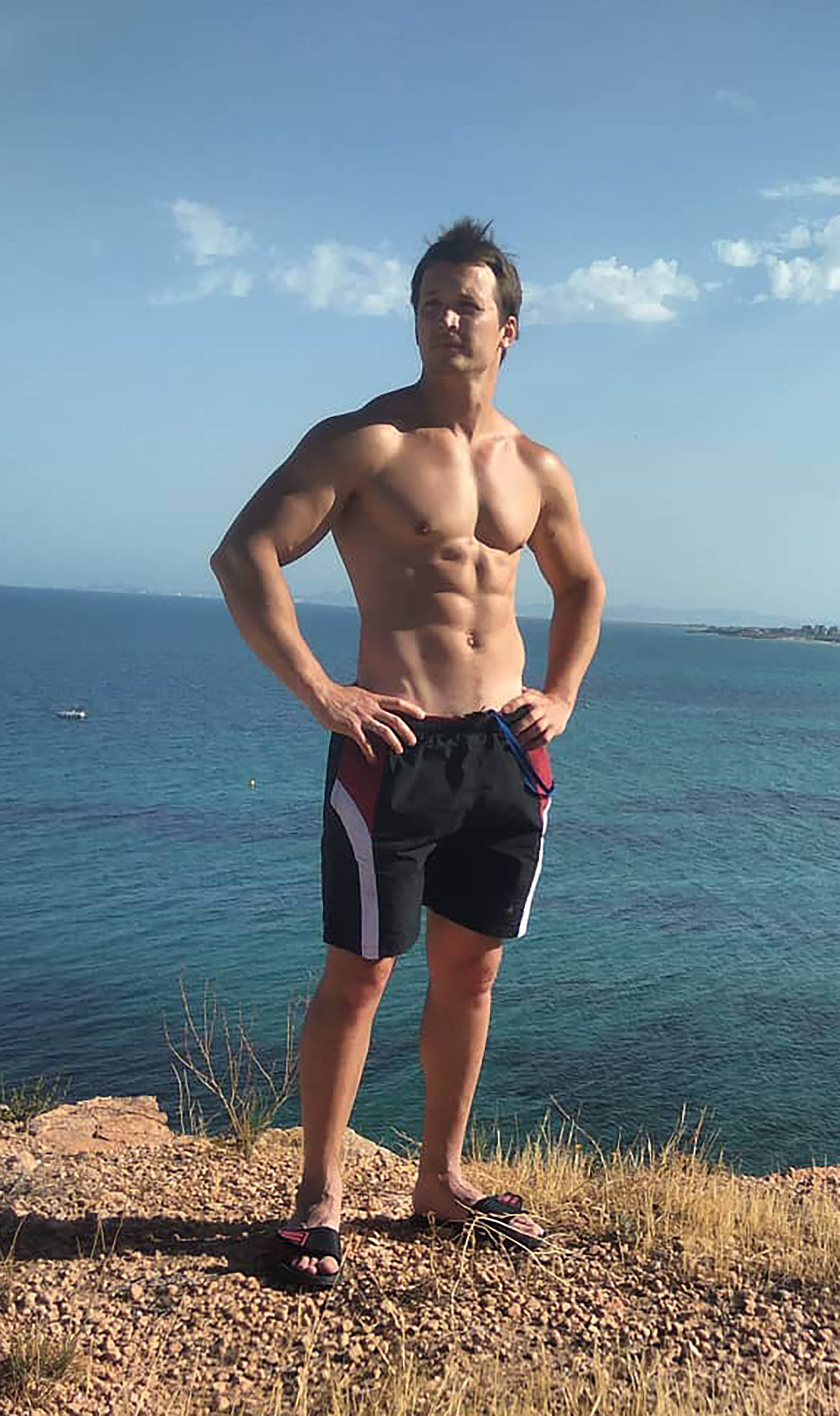 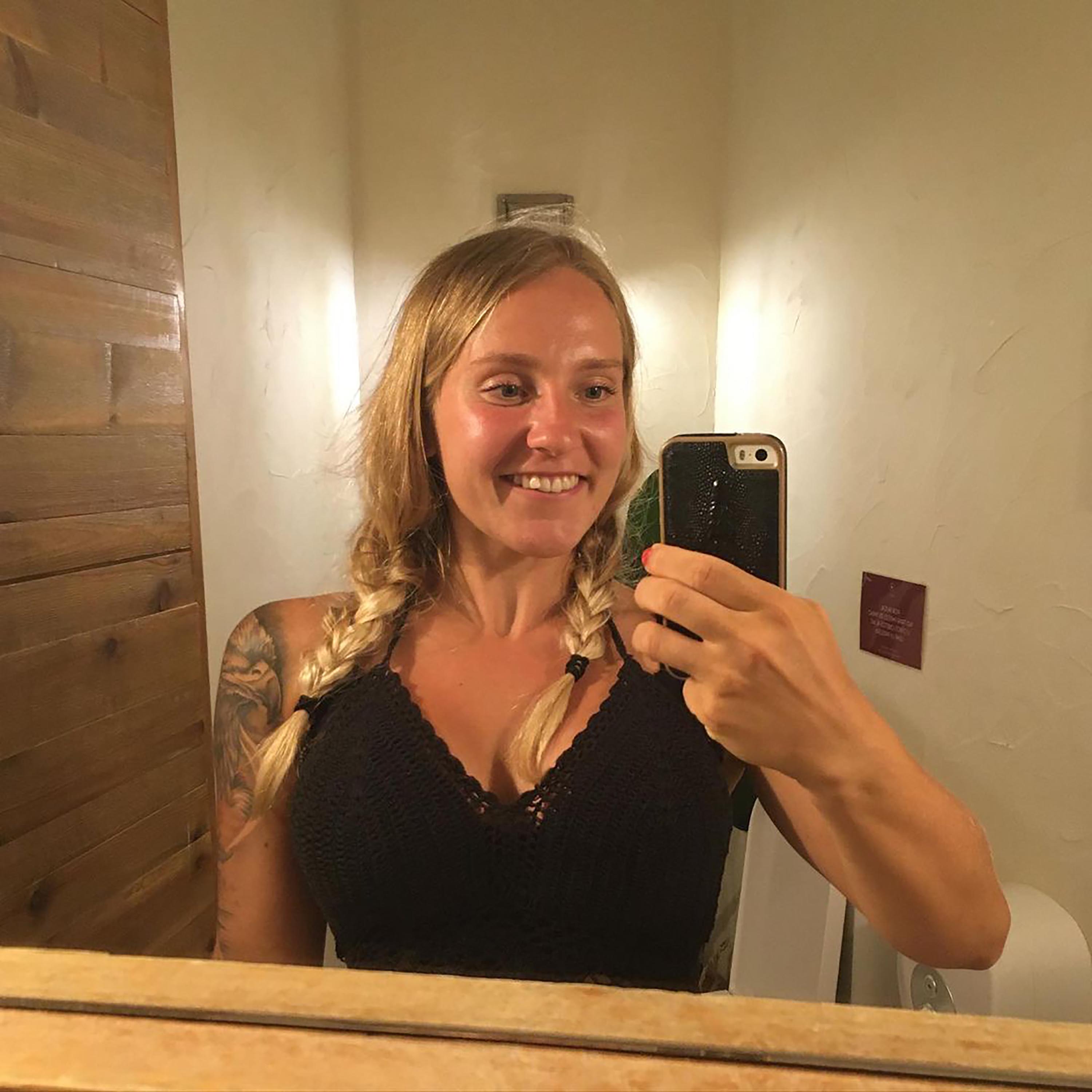 The appalling scene was filmed by the wife of the Russian hero Daniil Gagarin, 30, who desperately sought to rescue Emma Mönkkönen, 24, after she got into trouble in the stormy waves.

Watched by Daniil who was beside her, Emma — also a fitness coach — had jumped off the cliff in a daredevil leap.

She swam to a rock and tried to climb out but was washed out into the cove.

Both Daniil and his wife Darya, 24, are heard shouting to her trying to guide her to safety.

As she is tossed around, Daniil is seen jumping into the stormy sea.

Astonishingly he manages to pull them both onto the top of a rock.

But agonisingly they cannot hold on and are washed into the raging  Mediterranean.

In the tragic footage, Darya — also a fitness coach — is heard crying hysterically as the pair are swept into the sea.

She raised the alarm with the emergency services on September 23.

A major search and rescue was launched and the Finnish woman’s body was found almost two miles from the cove.

The Russian man’s body was found the next day.

Both had worked at a fitness centre at a gym in the Spanish resort.

Russian expat in Spain, Alyona Maas, hit out at "daredevil jumps from the rocks into the abyss" as "completely reckless".

"I want to say to adrenaline lovers — please find yourself safer activities." 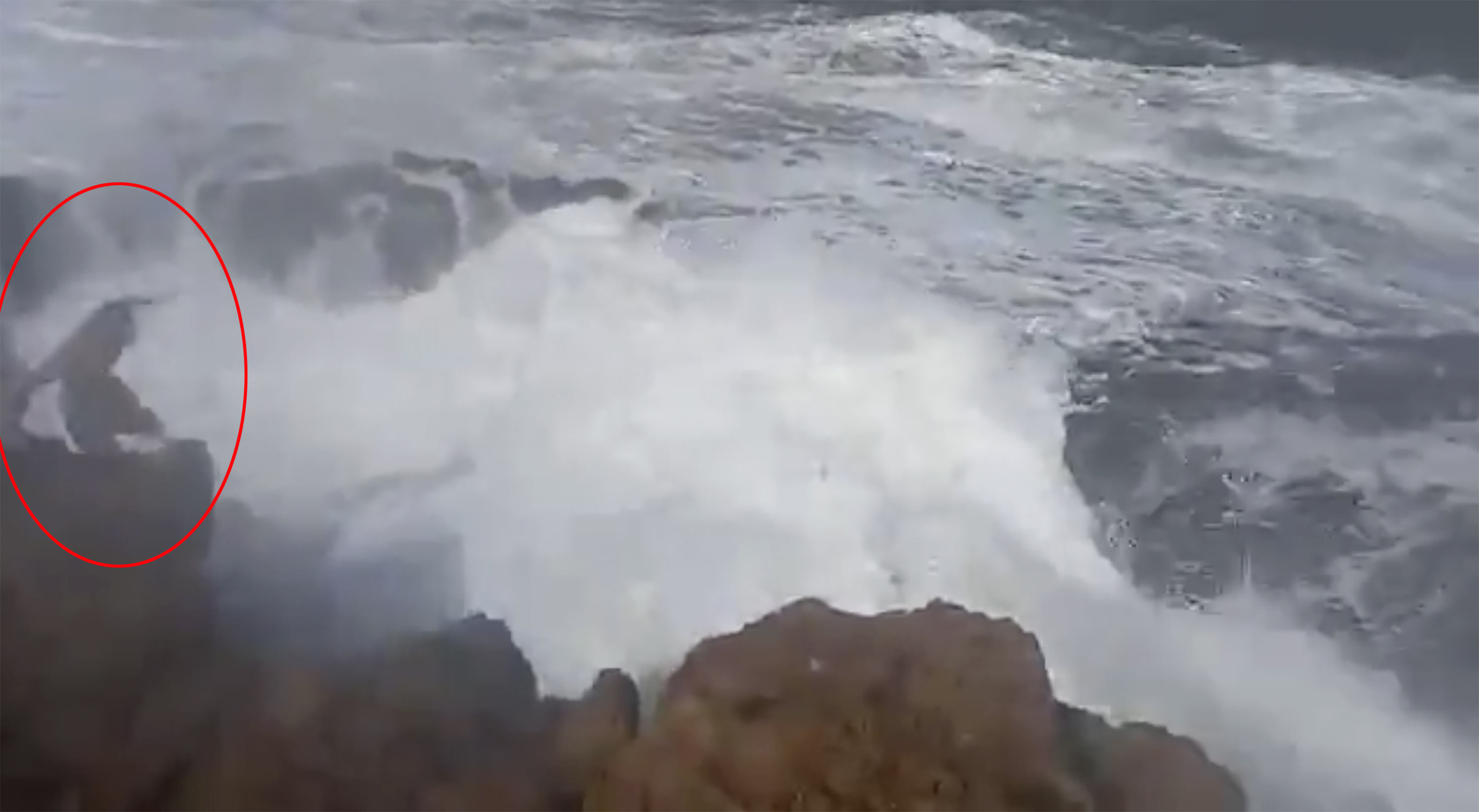 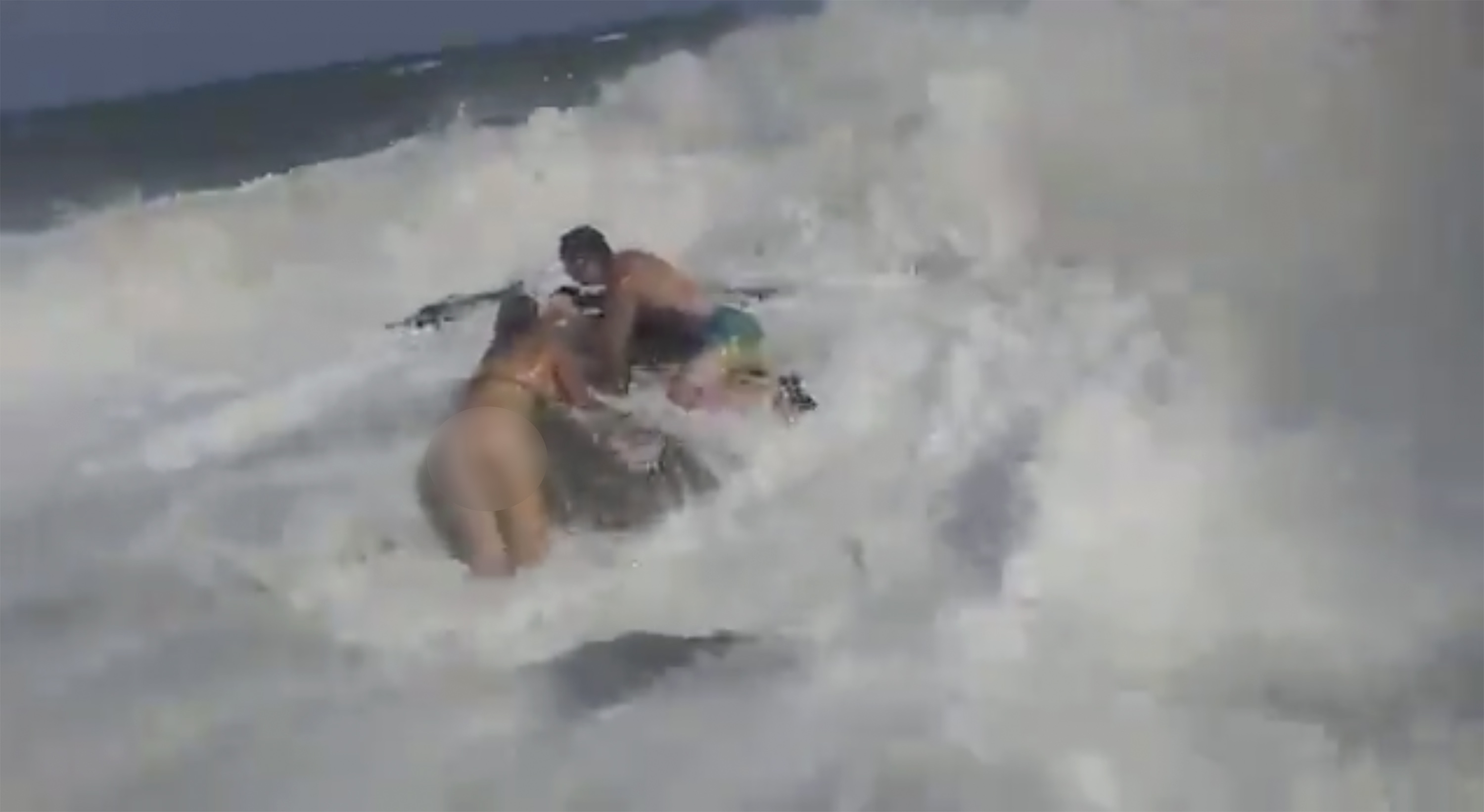 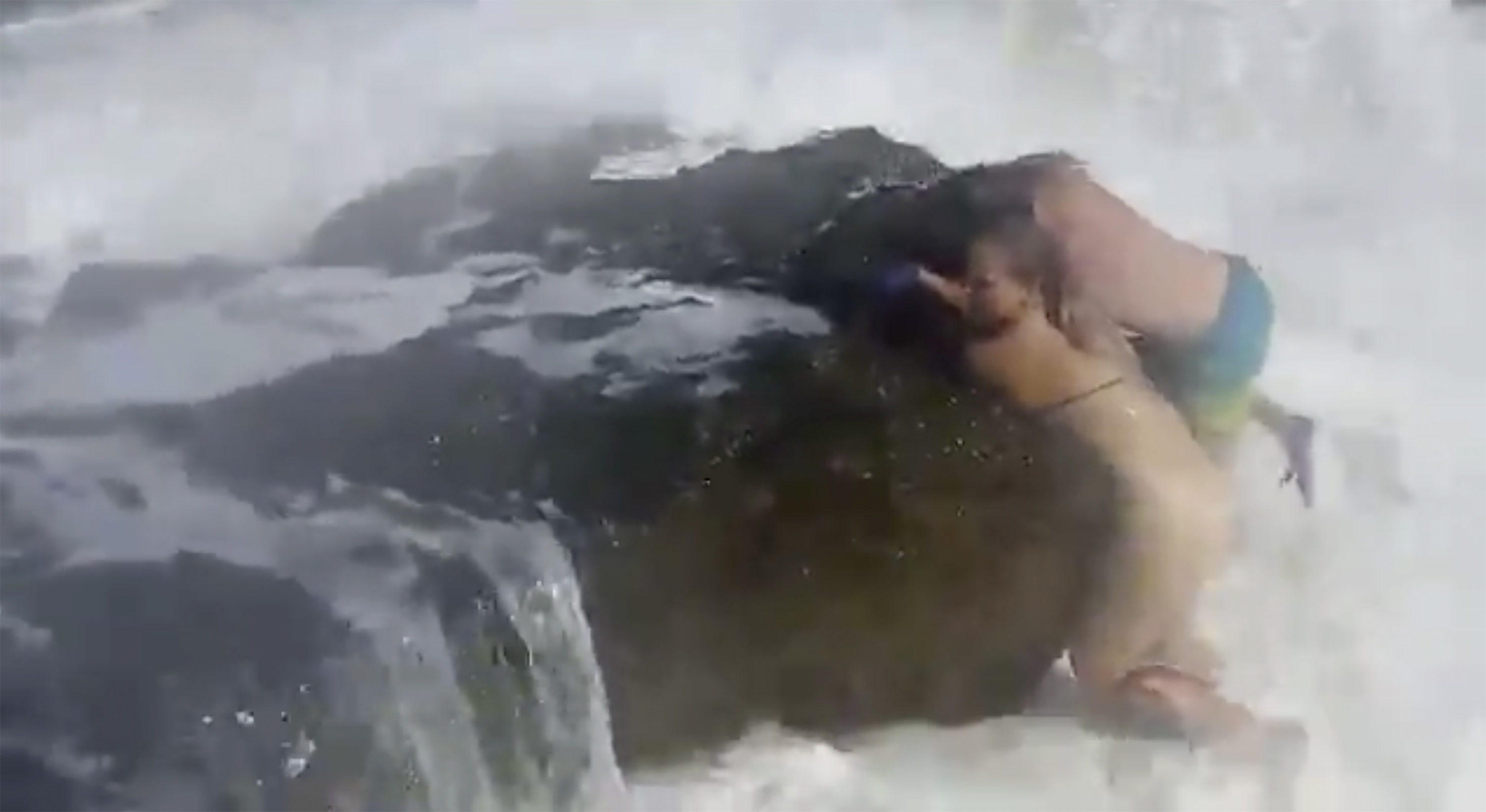 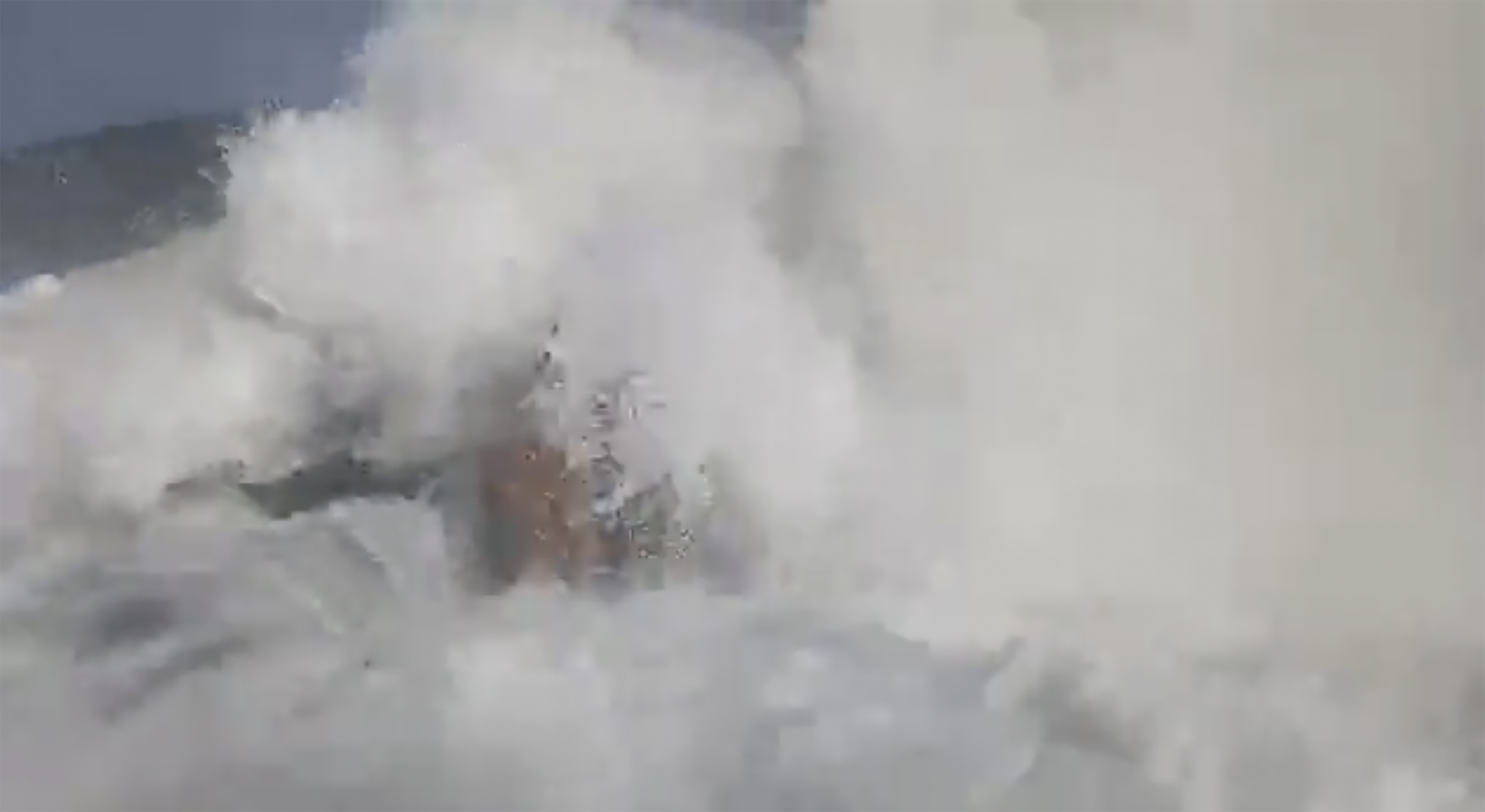