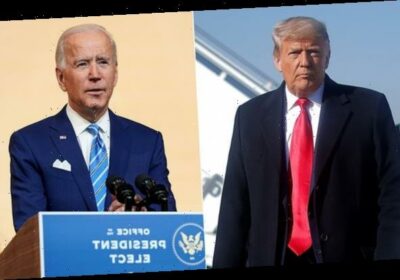 Trump is gone but Trumpism lives on: Hopes of a new age of unity under Joe Biden are surely forlorn, says LORD ASHCROFT

When Joe Biden takes the oath of office this week, he will go down in history: having won more votes than any previous candidate, he will become the oldest person ever to become the country’s Commander-in-Chief. He will also, perhaps, be the first President to fulfil his mandate on the day of his inauguration.

For millions of Americans, Biden has one job – to remove Donald Trump from the White House – and he will complete this mission by lunchtime on Wednesday. Much of the country will sigh with relief as the twice-impeached Trump leaves Washington to await the Senate’s verdict on charges of high crimes and misdemeanours and its decision on whether he will be allowed to run for office again.

Biden’s problems will begin with whatever he decides to do for an encore. As I found in my research throughout the campaign, his 81 million-strong electoral support is not a monolithic bloc. Much of the Democratic base yearned for a more liberal, progressive direction and found the compromise of nominating an elderly, white, moderate, career politician quite agonising. 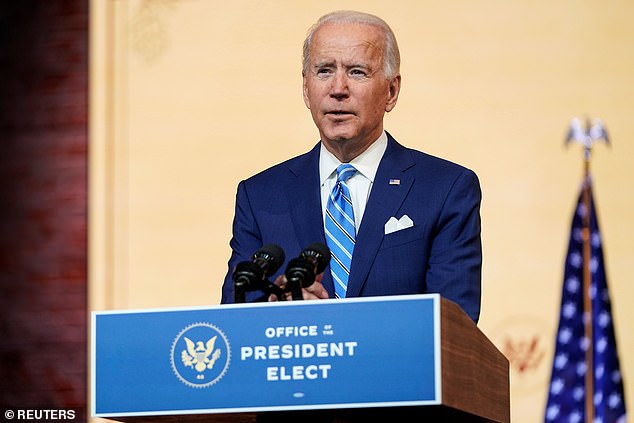 Many hoped Biden’s victory would usher in a much more radical Democratic era than might have been suggested by the new President’s long record in Washington, or his reassuringly temperate campaign style. These were joined by a group of new voters, younger and more ethnically diverse, who were opposed to Trump and all his works and were particularly driven to address racial injustice.

Then there is a much more moderate set of voters who wish above all for a calmer, less acrimonious form of politics. Less inclined to dismiss the Trump years out of hand, they were more likely than most to prefer a President who creates a more civil political climate even if they sometimes disagree with him, rather than a President who does the right thing even if it is divisive.

If they had doubts about Biden, it was over his age and health, and the prospect that Speaker Nancy Pelosi would, in the words of one concerned citizen, invoke the 25th Amendment to ‘remove his ass, and Kamala [Kamala Harris, his Vice President] will be President’.

What they wanted was not a Green New Deal but a bit of peace and quiet. The potential for conflict and disappointment is obvious – and with his Vice President having the casting vote in an evenly divided Senate, the lack of majority in Congress won’t serve as an excuse not to be bold. 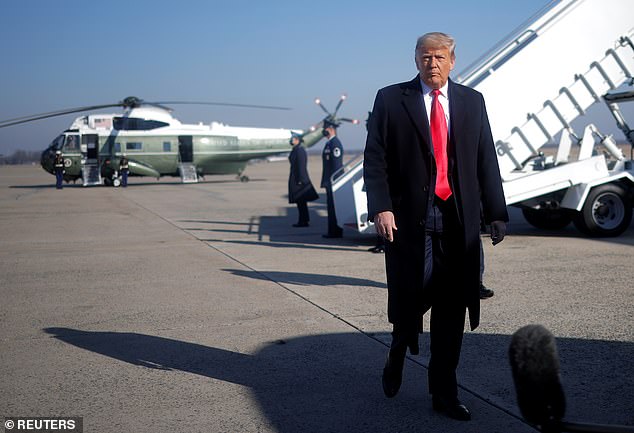 Many will be tempted to see the storming of the Capitol on January 6 as the ultimate proof that Trump supporters were, as Hillary Clinton had it, ‘a basket of deplorables’. But they cannot all be dismissed as credulous followers in the image of Q Shaman, the tattooed leader of the Capitol occupation, whose horns and furry headdress adorned our screens. Trump won more than 74 million votes in November, more than any previous Republican. As his reputation implodes, it is as important as ever to understand what he offered that so many have found so compelling.

Looking back over four years of research, at what he did and what his supporters have told us about his appeal, I think the list looks something like this (we might call them the Seven Tenets of Trumpism):

Belief in business, low taxes and deregulation; support for a forceful, independent foreign policy; and – crucially – willingness to tolerate a good deal of friction in politics in the cause of advancing these things.

Agree with them or not, these are powerful principles – enough to attract nearly half the electorate.

The question for the Republican Party now is whether there can be such a thing as Trumpism without Trump. In my research, one in three Trump supporters told us they approved of what he had done as President but disapproved of his character and personal conduct. This meant two-thirds of his supporters said they approved of both his actions and the way he conducted himself.

That’s not to say most will not have been horrified as they saw the seat of their democracy under attack. But for most of his presidency, what others saw as his outrageous behaviour was not just part of the package but part of the appeal. Many loved having a President who said exactly what he thought, sent Hollywood liberals into a frenzy and set out to drain the Washington swamp.

What, then, is the lesson for the Republican Party? For some, the whole Trump era, not just its final few weeks, was an aberration that the GOP should put behind it. But the party cannot simply take its current voting coalition and trade it in for a different one.

The question is whether it can distance itself from the outgoing President while holding on to the millions – minus the extremist minority – that he brought into the Republican fold. And that is assuming the party will even continue to exist in its current form.

Meanwhile, although the Biden era may be less noisy, hopes of a new age of unity and harmony are surely forlorn. If Trump inflamed the country’s divisions, he did not create them. They existed before he descended the Trump Tower escalator to announce his candidacy in 2015 and they will be there long after he has left the scene.

As we are about to see, Americans disagree over far more than the qualities of one man.

Lord Ashcroft’s Reunited Nation? American Politics Beyond The 2020 Election is published this week by Biteback. For more on his work, visit lordashcroft.com.