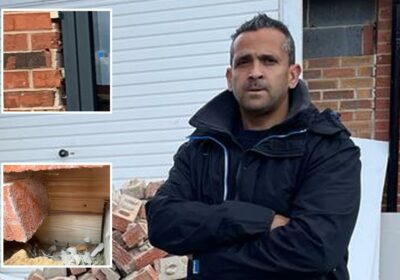 A HOMEOWNER faces a £22,000 repair bill after a builder allegedly left his garage conversation with loose bricks and shaking walls.

Anthony Rohomon claims the firm completely botched the job they were hired to do – with more than 14 identified safety issues. 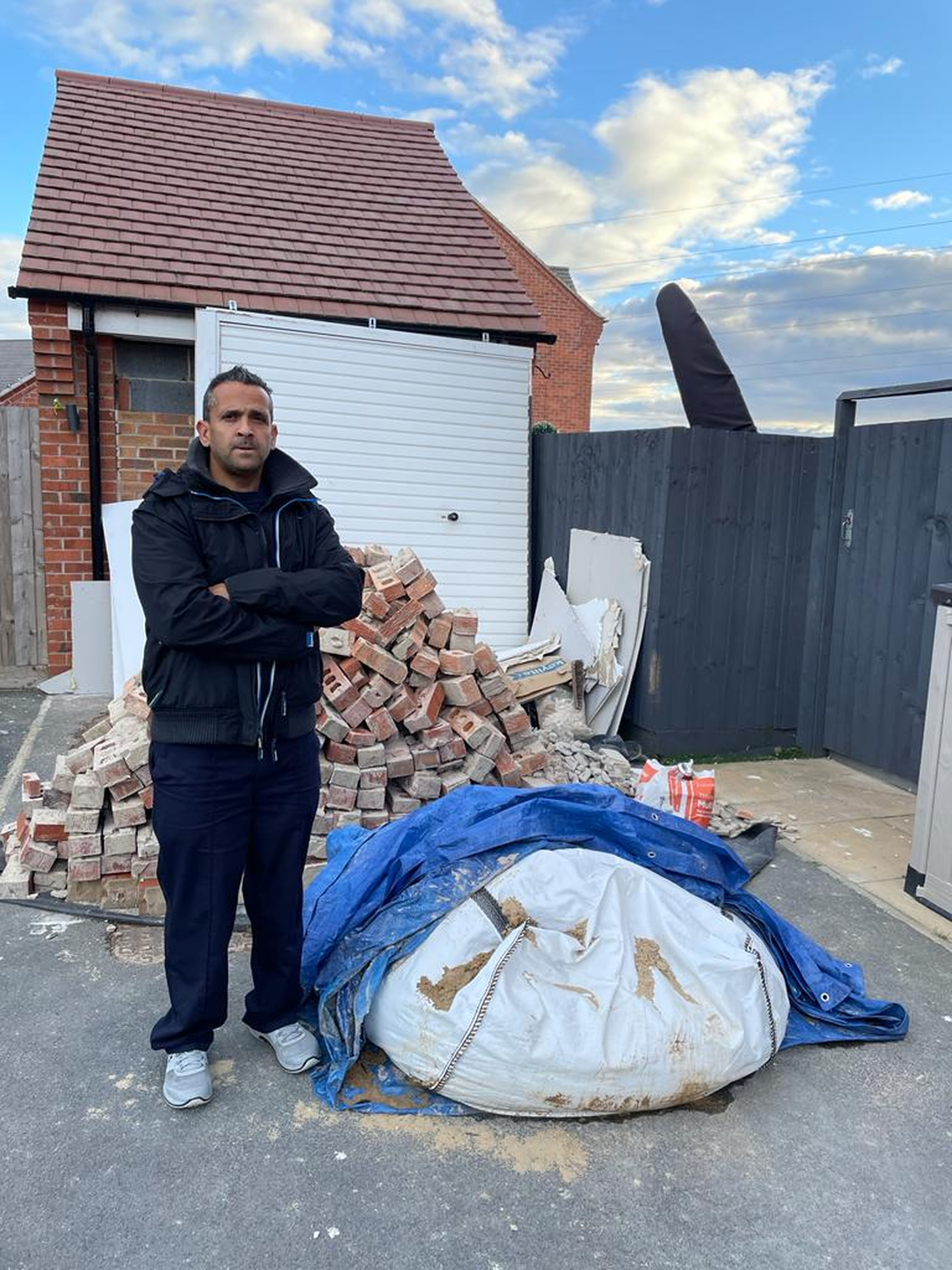 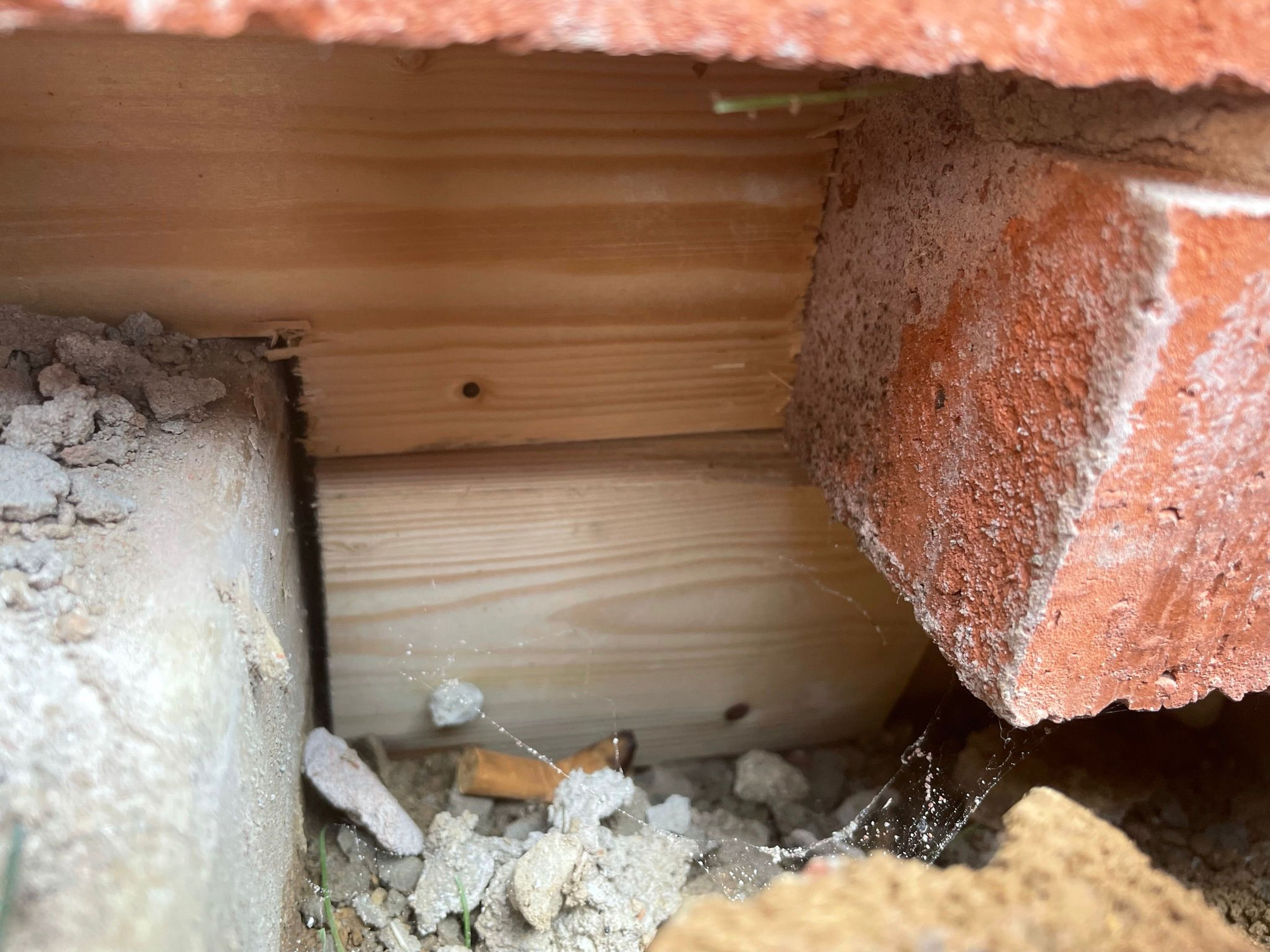 The 48-year-old, from Littleover in Derbyshire, paid G.T Joinery & Building Services to convert his single-storey garage into a two-storey unit, with a further single-storey area for storage.

He wanted the space for a crafts area for his wife, and a TV and entertainment space, which he told the company.

He said there was a distinct lack of solid foundations as the bricks were laid on mud and wood, and elsewhere they "hang loosely" overhead.

But the firm, which has since gone into liquidation, claimed Anthony provided them with the incorrect brief.

An inspector visited the property and found numerous problems with the building work, and the homeowner now faces a huge payment to fix them.

He said: "The building inspector near enough tore it apart, everything he’d done.

"Currently it’s all got to be ripped back down again and redone, because they’ve laid the outside bricks on mud, they haven’t put any foundations down.

"They laid bricks on pieces of wood, the inside is dangerous because they’ve left loose bricks everywhere, there’s loose bricks hanging above my head right now, they haven’t put the right timbers in.

"I’ve been quoted £22,000 by other builders to rectify everything because it all basically needs to be torn down and rebuilt."

The dispute arose following a row about whether Anthony needed planning permission for his idea.

He said he was told by G.T Joinery & Building Services owner Thomas Bradley that he didn't need official planning permission – only from his neighbour – because it was "just a garage conversion".

But once the work began, officials from South Derbyshire District Council building control refuted this idea and visited the house for an assessment, where they identified 14 building issues.

Anthony said: "We got this builder off Check-a-Trade and Trusted Trader, so he’s on all those sites.

"We agreed the price and everything, and we asked him if we needed any planning permission or building control, but he said 'no' because it was just a garage conversion, and he’d done loads of them.

"I rang the local council just to check that I didn't need planning permission or building control and they said I did and sent an inspector round the next day."

Anthony confronted the builders after the council report but they denied the allegations, and even asked for a further £6,000 to rectify the issues, he said.

They also claimed Anthony changed his idea halfway through – going from wanting a simple to conversion to a complete "change of use" – but he has rejected this.

Since their disagreement, Anthony said he has failed to make contact with G.T Joinery & Building Services and claims the company has gone "under the radar".

He has been left with a shell of a garage conversion that he says is unsafe to be in, and has been forced to find enough money to pay another building company to rectify the situation.

Mr Bradley, of G.T Joinery & Building Services, said: "Tony asked for a specific job to be done but was not forthcoming with the correct reasons.

"It was meant to be a crafts room, TV room downstairs, not a living quarter, which required completely different planning completely, but because he is a fireman and a stand up guy he can't possibly be in the wrong and as there is no protection for builders nowadays.

"So with that being said, GT Joinery is being liquidated."

The building inspector near enough tore it apart, everything he’d done.

A council spokesperson said officials had received a Building Notice application for a garage conversion.

They said while Building Regulations allows the submission of a notice without plans, it is necessary to "notify them of commencement of work, and at set stages throughout the project".

"In this case we were not notified of commencement of work until after work had started," they said.

“Following an inspection, our officer found a number of issues that either failed to show compliance with expected standards, product manufacturer requirements, or where we were unable to determine compliance.

"The applicant was made aware of these issues and we have been in regular dialogue with them since, providing advice on how he could comply with Building Regulation standards where appropriate to do so."