The Netherlands is preparing to shut down bars, cafes and restaurants for two weeks and ban alcohol sales after 8pm to get a grip on a spiralling outbreak of Covid-19, Dutch media says.

Ministers are set to unveil their new measures today in what sources told RTL Nieuws is their last throw of the dice before imposing a new lockdown.

New restrictions could also include a four-person limit on gatherings being extended to include outdoors – although schools are expected to remain open.

Dutch leaders are also advising masks for the first time after months of downplaying their effectiveness, but have yet to make them compulsory. 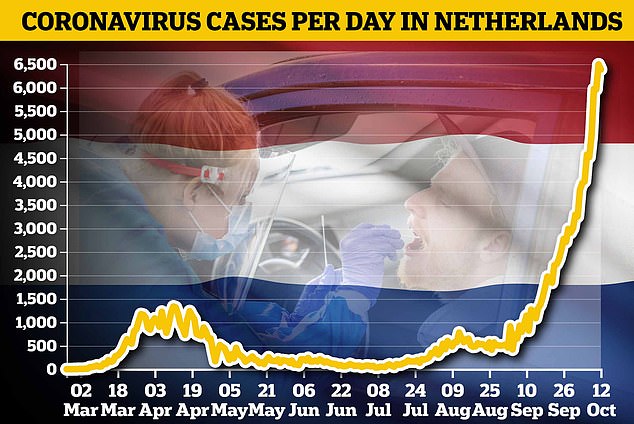 A huge spike in Dutch virus cases has catapulted the Netherlands into the world’s top 10 countries by infection rate, with ministers struggling to get a grip on the outbreak 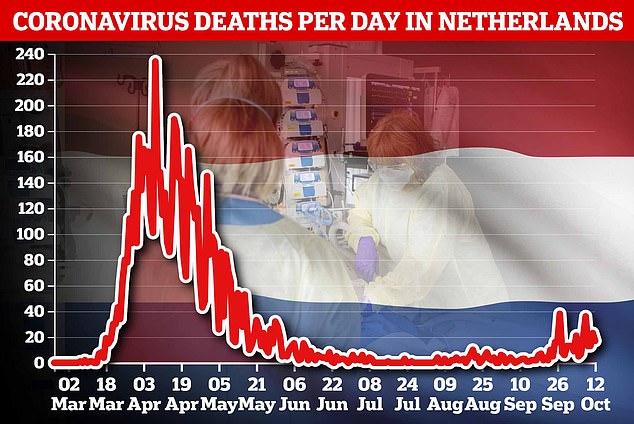 Deaths have also increased since the low point of the summer, although like in most of Europe they have yet to reach the levels of the spring

While some mayors have called for mandatory mask-wearing, sources said it would be ‘legally complicated’ and take weeks to introduce such a rule.

Gyms are also expected to remain open, but team sports for adults are set to be scrapped again.

Authorities are now advising people to work from home unless ‘absolutely impossible’, warning that workplaces will be shut down for 14 days if there is an infection.

The closure of the catering industry was discussed with regional health leaders on Monday, it is believed.

Cafes and restaurants are expected to close for at least two weeks, although it was unclear if this would include Holland’s famous ‘coffeeshop’ cannabis retailers.

In March, there were queues outside the cannabis cafes after the government announced a closure, before partly backtracking.

While Holland had brought the first wave under control by the summer, a surge of more than 60,000 cases in the last two weeks has catapulted its infection rate into the top 10 in the world, with a test-and-trace plan failing to contain the outbreak. 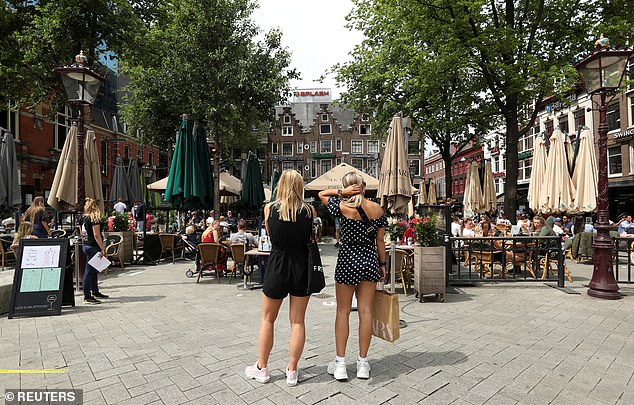 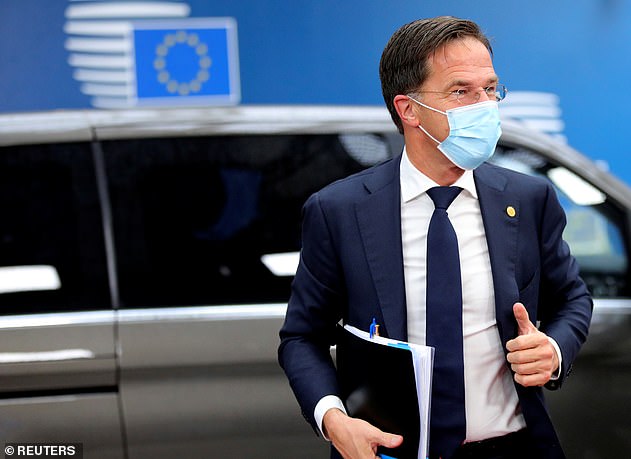 After the first wave of infections waned in May, the Netherlands worked to boost testing capacity, promising that screening would be available to everyone.

Laboratories said they had increased capacity by two-thirds to 51,000 tests per day under a strategy to stamp out hotspots when they sprung up.

But last month, tests were again limited to people with serious health issues, and Rutte acknowledged capacity was far below demand.

‘There is a shortage of tests, while Germany has more than enough to even test people without symptoms.’

In addition, while masks have been mandatory in German shops since the summer, the Dutch government has only been advising them indoors since last week.

Rutte has repeatedly said he has no intention of forcing people to wear a mask – which the World Health Organization calls one of the key tools to stop the virus.

The Netherlands’ top medical official has publicly repeated his assertion that their usefulness is unproven.

‘Why would we need to force people? What kind of childish nation would that make us? We’ll look at it if we have to, but I’d regret it,’ Rutte said last week.

He held out hope that the new guidance on masks and earlier closing hours for bars would prove their value.

‘The numbers don’t look good,’ he said, ‘but we can’t see the effects of the new measures until at least this weekend.’

A national poll showed two-thirds of people saying that Rutte, who is facing an election in March, should get tougher.