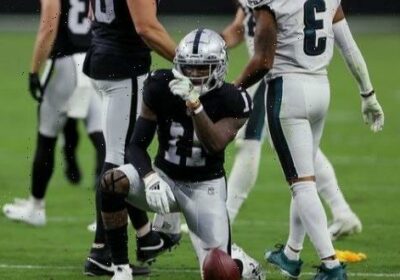 RAIDERS Henry Ruggs III boasted in an Instagram post he "can't be flagged down" – just days before his DUI crash killed a 23-year-old woman.

The 22-year-old was driving under the influence in the Spring Valley area of Las Vegas on Tuesday at 3:30am, when his Corvette slammed into the back of a Toyota RAV4 – causing the car to burst into flames. 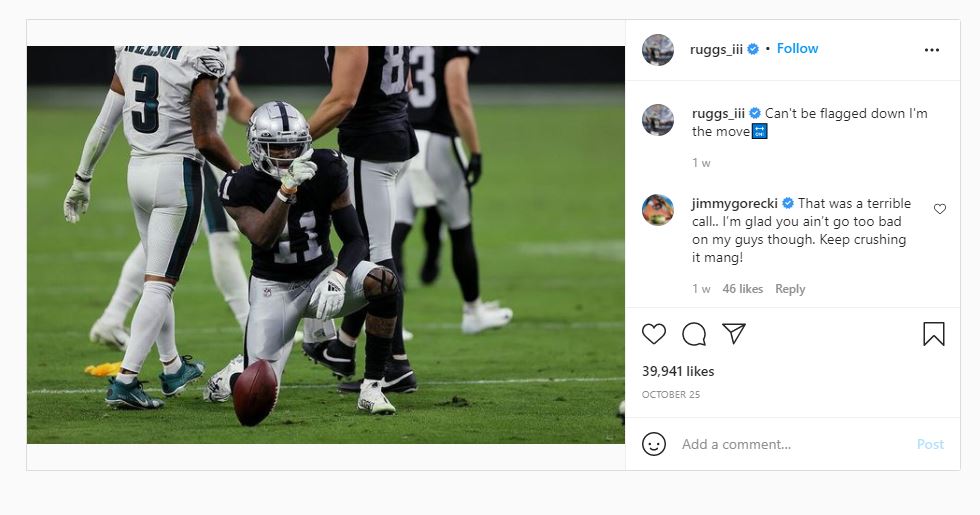 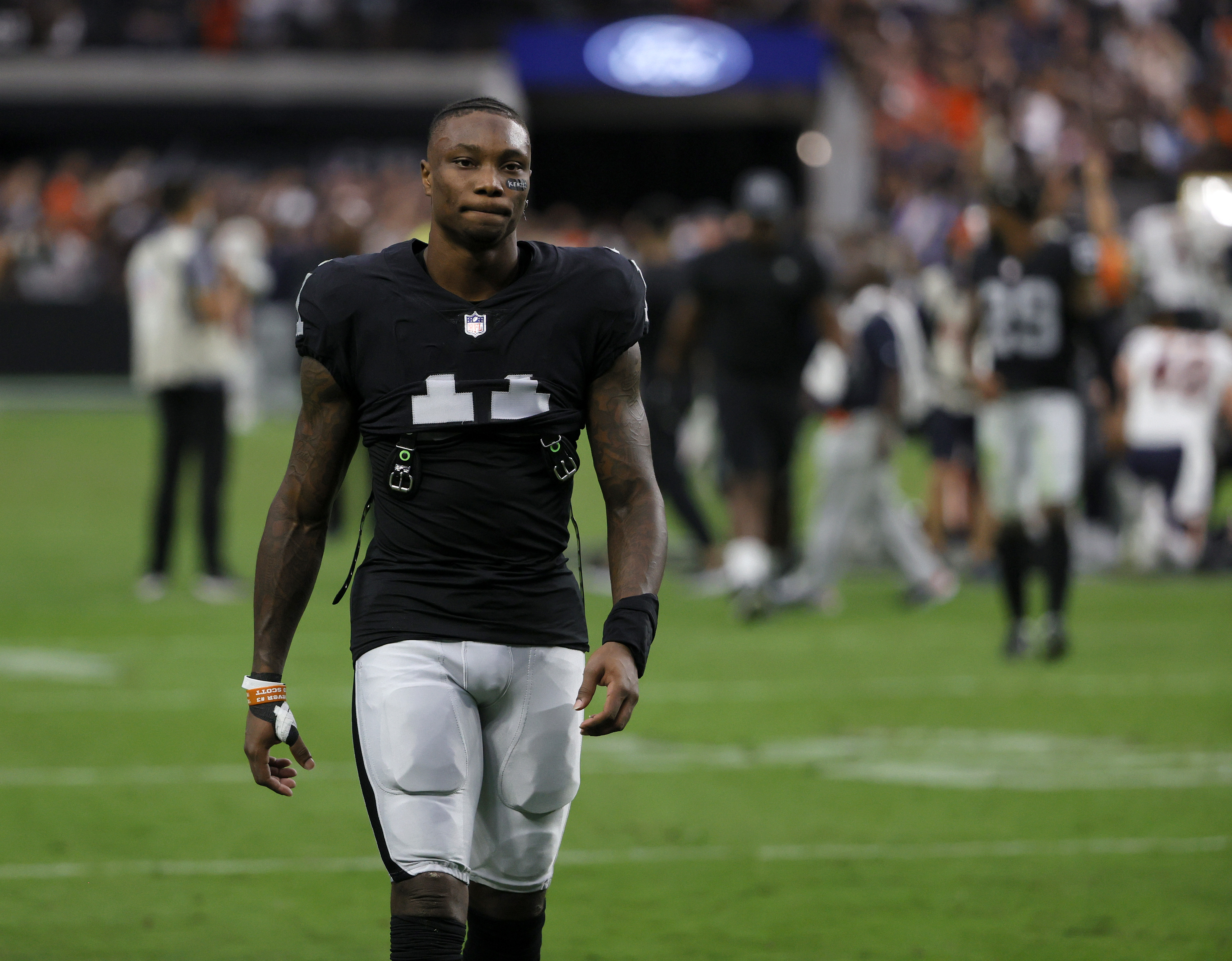 The Las Vegas Police Department have announced the NFL star will be charged with DUI resulting in death, after the crash killed the victim, who is yet to be named, and seriously injured Ruggs' girlfriend Kiara Washington.

Probation is not an option in Nevada for a conviction on that charge – meaning Ruggs could face a possible sentence of two to 20 years in prison.

Just a few days earlier on October 25, Ruggs posted on Instagram an image of himself on the field with the caption "Can't be flagged down I'm the move".

People have since returned to the post to leave comments in relation to the incident, with one commenting: "this caption didn't age well".

A second user said: "But you got flagged for DUI manslaughter."

"Helmets to handcuffs", said another.

Less than 24 hours after he was charged with DUI, The Las Vegas Raiders announced on Twitter they had released the wide receiver.

They also responded to the accident with a statement on social media saying: "The Raiders are aware of an accident involving Henry Ruggs III that occurred this morning in Las Vegas.

"We are devastated by the loss of life and our thoughts and prayers go out to the victim's family. We are in the process of gathering information and will have no further comment at this time."

Ruggs from Alabama is known for "religiously" giving a three-finger salute to his late friend Roderic Scott after every touchdown, according to the Montgomery Advertiser.

Scott lost his life in a car accident at the age of 17. 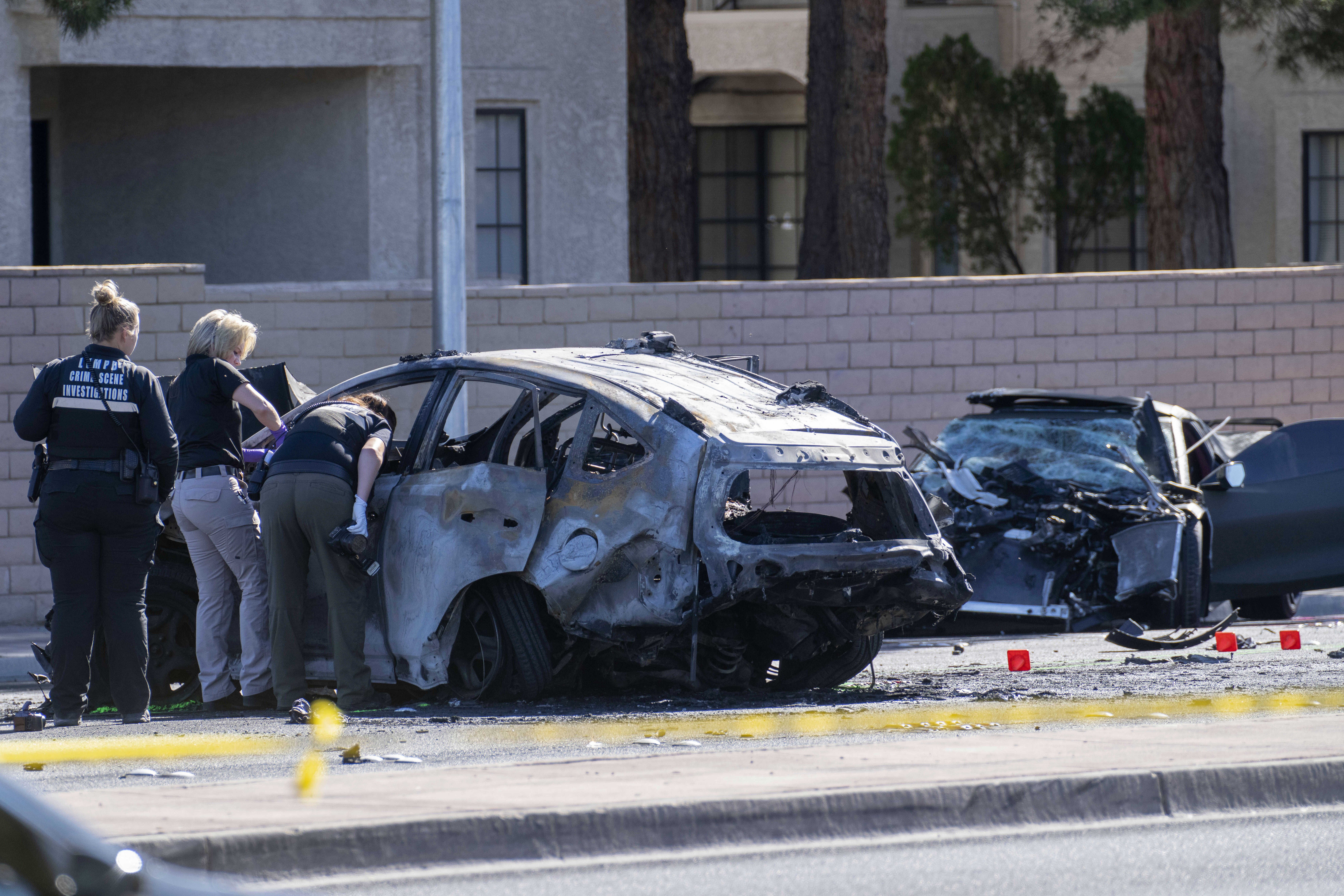