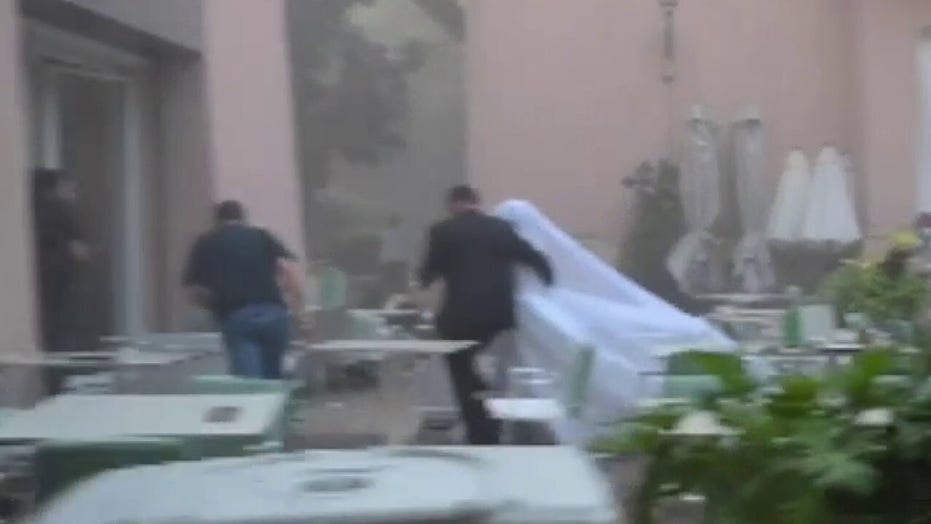 A photoshoot in Beirut was interrupted by shockwaves from the massive blast.

A stunning video recorded Tuesday captures a Lebanese bride in Beirut moments before the massive explosion that killed 135 people and injured thousands of others.

In the video, the bride, Israa Seblani, can be seen posing for a video shoot in the center of a city plaza wearing a long white gown.

But just seconds into the shoot, a loud explosion is heard, knocking out windows and rattling buildings. 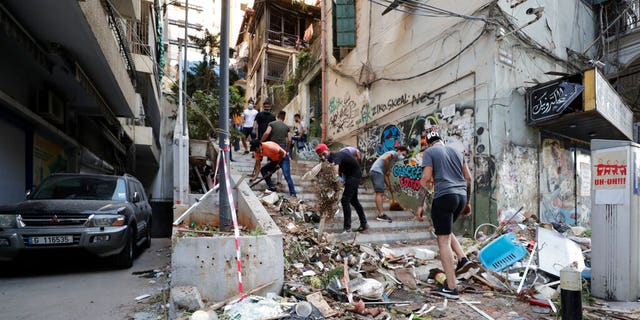 People clean up after a massive explosion in Beirut, Lebanon, Wednesday, Aug. 5, 2020.
(AP)

The wedding photographer, Mahmoud Nakib, quickly pans around to show debris kicked up into the air as the others involved in the video shoot run for safety.

Investigators are probing the explosion as possible negligence in the storage of tons of highly explosive fertilizer in a waterfront warehouse. The government, meanwhile, has ordered the house arrest of several port officials.

The Health Ministry said the blast killed 135 people and injured about 5,000 others.

It was the worst single explosion to strike Lebanon, a country whose history is filled with destruction — from a 1975-1990 civil war, conflicts with Israel and periodic terrorist attacks.