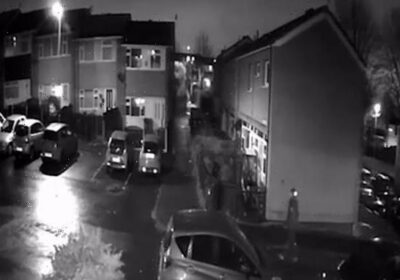 This is the moment callous thieves were caught stealing the mobility scooter of a 51-year-old man in the early hours of the morning.

CCTV footage captured two men pushing the scooter away from the front garden of his home in Ashton-under-Lyne, Greater Manchester, at around 2.39am.

The distressed victim, who only wanted to be identified as Andrew, said: ‘I must admit, I was very unsettled as I heard them from inside when this happened. 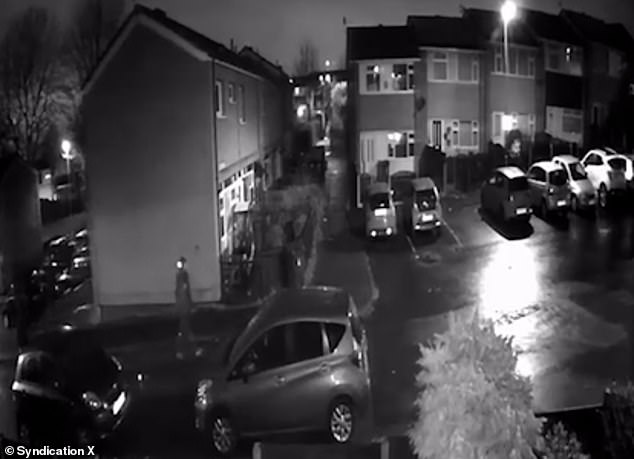 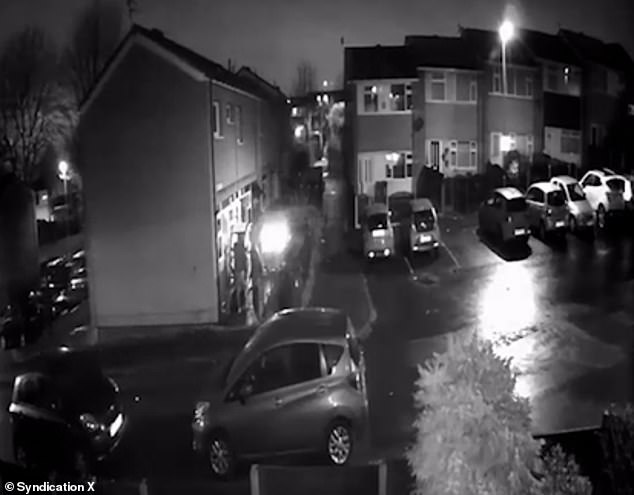 ‘I was going to go and see but I thought that wasn’t a good idea.

‘I treat the scooter as a car, I feel like I’ve lost a part of my independence.’

Andrew has been diagnosed with cerebral palsy since birth and has been using a scooter for the last 15 years.

The vehicle, a grey TGA BREEZE S4 mobility scooter with a canopy roof and sides, retails at around £4,000 new. 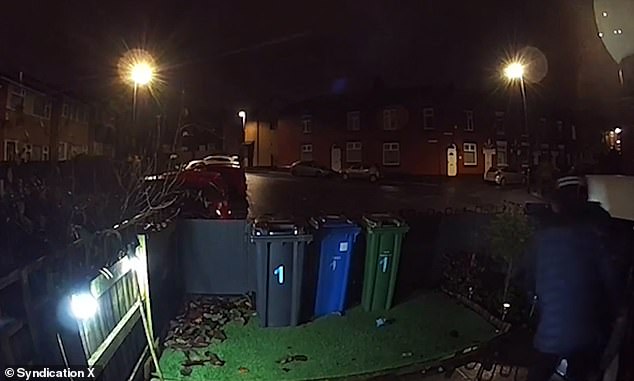 The two people can be seen moving the mobility scooter away 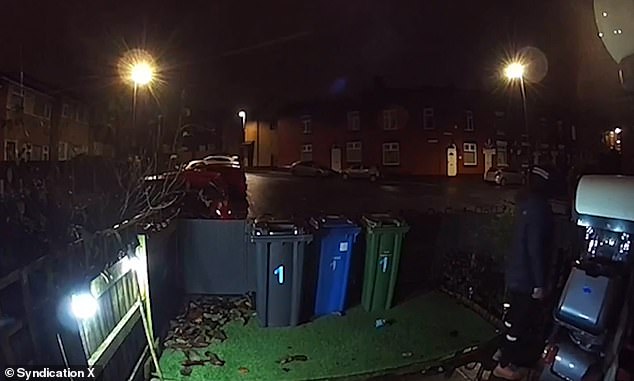 They push the scooter, which Andrew needs for day-to-day life, away from his front garden

The victim said on social media that the stolen was loaded into a large van.

He added: ‘If I had a chance to speak to them I would ask them why? My scooter is not a luxury item, it’s a necessity for me. What an earth are they going to do with it?

‘At the moment with Covid I don’t go out too much for obvious reasons but If I needed to go to the supermarket, I can’t even do that.

‘I’ve never experienced having my scooter stolen before and I’ve lived on this estate for 15 years.’ 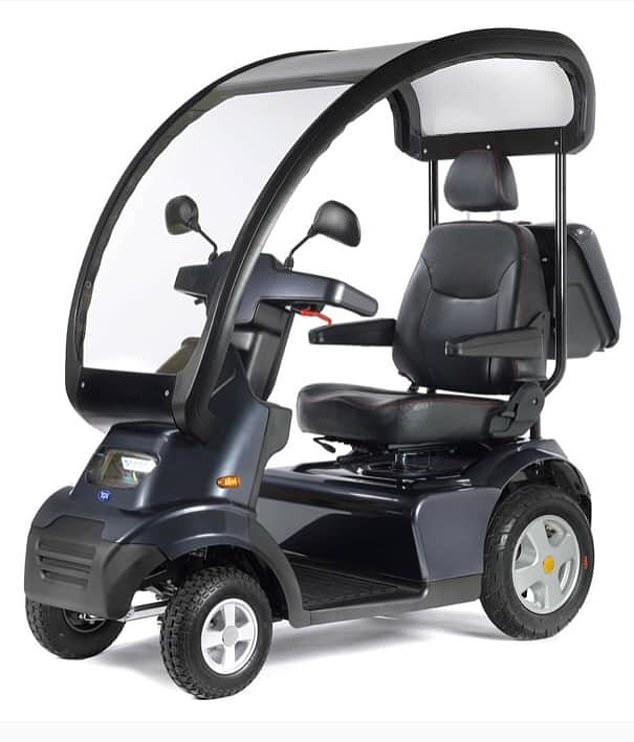 Andrew has cerebral palsy and uses crutches to get around.

But he requires a mobility scooter for when he’s outside his home, due to the multiple surgeries he had to have.

It’s a necessity for hospital appointments as well as day-to-day life.

Greater Manchester Police have confirmed that the theft was reported on Sunday, at around 9.40am and have said no arrests have been made yet.