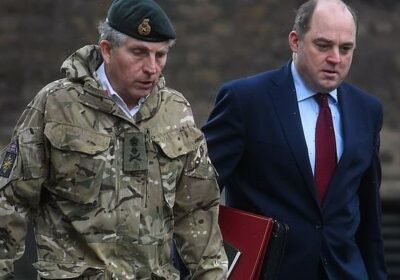 The Chief of Defence Staff was told to isolate for 10 days after testing positive for the virus and close contacts were traced.

According to the Telegraph, NHS Test and Trace has now ordered Ben Wallace and the heads of the Navy, RAF and Strategic Command to isolate for the same period of time after coming into contact with Sir Nicholas.

The newspaper reports that the 62-year-old attended a summit with Defence Secretary Mr Wallace and Admiral Sir Tim Fraser, Vice-Chief of the Defence Staff, at the Defence Academy at Shrivenham, Oxfordshire, on Thursday. 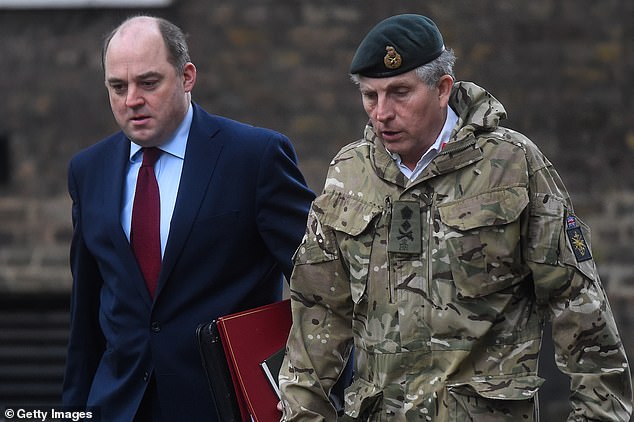 Sir Nicholas then tested positive after attending the the Chalke Valley History Festival in Wiltshire the following day.

It is understood social distancing measures were adhered to at the summit but that all those who came into close contact with Sir Nicholas must now self-isolate.

This includes Mr Wallace and Sir Tony, Sir Mike and Sir Patrick while the others were not considered close contacts and so do not have to self-isolate. 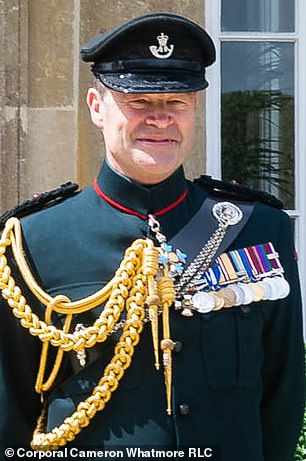 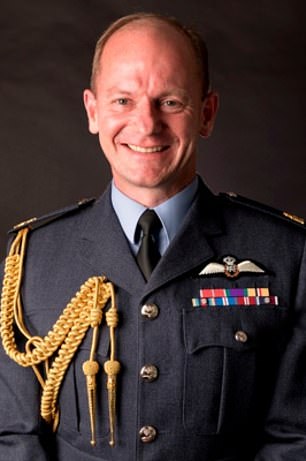 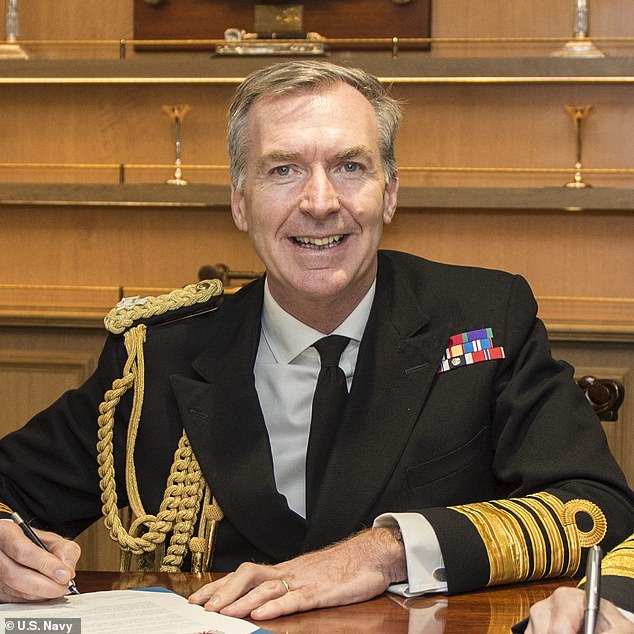 Sources told the Telegraph that the diagnosis meant that ‘there are going to be a lot of diaries disrupted’ due to remote working this week.

An MoD spokesman said: ‘The Chief of the Defence Staff has tested positive during routine Covid-19 checks.

‘Colleagues who were in a senior meeting with him last week, including the Secretary of State, are self-isolating in line with government guidelines.’

At the Chalke Valley History Festival this week, Sir Nicholas spoke of his concerns after warning shots were fired at HMS Defender by Russian forces in contested waters off the Crimea coast on Wednesday. 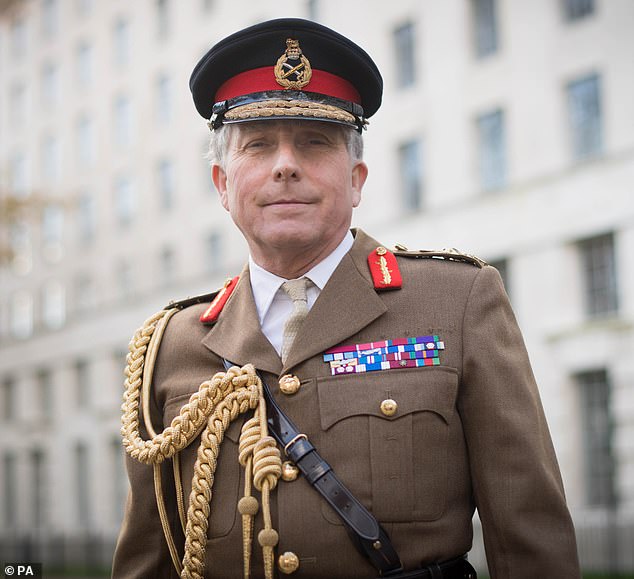 The head of the UK’s armed forces, General Sir Nick Carter (above), said he is suffering sleeping nights due to his fear of war with Russia following this week’s clash in the Black Sea

The military chief, 62, said the incident was an example of where a miscalculation could come from ‘unwarranted escalation’, according to The Times.

‘The thing that keeps me awake in bed at night is a miscalculation that comes from unwarranted escalation.

The British Type 45 destroyer had sailed within the 12-mile limit of Crimea near Cape Fiolent in the Black Sea which Russia claims as its own territory but the West sees as international waters.

Russia claimed to have shot at HMS Defender, and to have dropped four bombs from an Su-24M warplane in waters ahead of the Royal Navy vessel.

Britain has denied the Russian version, and insists HMS Defender was either in Ukrainian or international waters at all times.