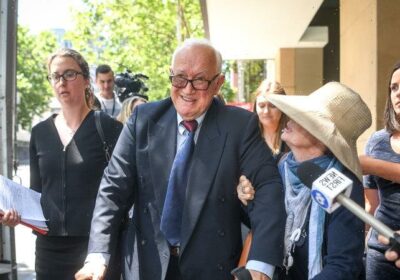 Almost 50 women who gave sworn statements to police alleging they were sexually assaulted by a retired Hawthorn doctor will not have their cases heard, after the Office of Public Prosecutions withdrew all charges against Dr Con Kyriacou because he is unfit to stand trial.

The OPP applied for a notice of discontinuance on Thursday morning in the County Court of Victoria, which agreed to drop 39 charges against Dr Kyriacou.

Extraordinary delays in the prosecution of 78-year-old Dr Kyriacou and the collapse of the case have incensed many of the alleged victims, who claim the handling of the matter will further discourage others from speaking out. 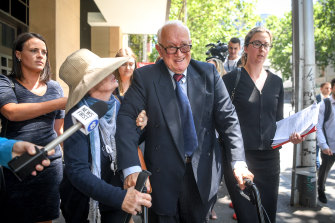 The Office of Public Prosecutions had notified alleged victims over the past month that the court hearing in November would not proceed.

Suzii Crowley, 52, was one of three former patients to publicly accuse Dr Kyriacou of sexual assault in an article in The Age in November 2018.

She first reported misconduct allegations against Dr Kyriacou to the Medical Board of Australia in 2004, but withdrew the complaint after doubting her story would be believed. 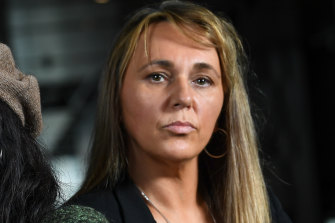 “Nineteen years ago, I was assaulted by my doctor, but now I have been assaulted by the legal system. Why would anyone come forward when this is what happens?” Ms Crowley said.

Within weeks of Ms Crowley’s allegations against Dr Kyriacou in 2018, dozens of former patients also made complaints to detectives from the Box Hill sexual offences and child abuse investigation team. In all, 48 women made statements against Dr Kyriacou, who was charged in December 2018 with 34 offences, including three counts of rape, 28 counts of indecent assault, and three counts of sexual penetration and indecent assault of a child aged 16 years.

The Office of Public Prosecutions decided last year that it would not include statements from more than 40 former patients, but would proceed to a two-week trial with just five of the alleged victims.

The 78-year-old was due to face a special hearing in November in the County Court, which could make only a qualified finding of guilt that would not amount to a conviction.

However, Ms Crowley was recently informed by the OPP that the hearing would be abandoned because of Dr Kyriacou’s declining health. The four other women who were to give evidence in November were also told the hearing was unlikely to proceed.

“I am shocked and bitterly disappointed by the news from the Office of Public Prosecutions that the criminal case against Dr Kyriacou will no longer be heard as he has significantly deteriorated, both mentally and physically, and now requires 24-hour care,” Ms Crowley said.

“But who will care for the 48 women left with post-traumatic stress disorder, depression and anxiety because of their encounters with this man?”

She also took aim at the Australian Health Practitioner Regulation Agency, which launched a probe into Dr Kyriacou in 2016 but never finalised its investigation, and failed to refer the complaints to police.

Dr Kyriacou, who was aware he was under investigation by the regulation agency, removed himself from the register of medical practitioners in August 2017, when he was found to have a serious cognitive injury.

He had denied the misconduct allegations before the diagnosis of a “frontal lobe impairment”.

In 2019, the County Court ruled Dr Kyriacou was not capable of giving evidence or briefing his lawyer after independent neurological testing confirmed he suffered cognitive impairment.

Sandra Rokebrand first raised her concerns with police and the Medical Board of Australia in 2004 and 2008, before making an official complaint with the Australian Health Practitioner Regulation Agency in August 2016.

Along with Ms Crowley, Ms Rokebrand went public with her claims against Dr Kyriacou in 2018, after becoming frustrated by delays with the regulation agency investigation.

She was also notified by the Office of Public Prosecutions of its plan to abandon the case.

The 55-year-old said she, and many other women, had been badly let down.

“It saddens me greatly that the effort I’ve gone to has gone to waste. I want to speak up now and try to make changes within the Office of Public Prosecutions so that the victims of abuse that are out there contemplating coming forward are not deterred by going to so much effort, while enduring so much trauma and anguish, to only get their cases dropped,” Ms Rokebrand said.

Another former patient who attended Dr Kyriacou’s clinic on Barkers Road, Hawthorn – and who now lives on Sydney’s northern beaches – said she was haunted by a consultation in 1992.

“I’m crushed. I understand from a legal perspective. But as a [alleged] victim you feel incredibly let down and disappointed. There is no redress for us,” said the 56-year-old woman, who asked not to be identified.

Mary, who asked for her surname not to be used, signed a police statement in December 2018 alleging she was assaulted as a 12-year-old in 1987.

She said it was a “slap in the face” to be denied her day in court.

“I can only talk about it now because I’m on antidepressant tablets. I’ve kept it to myself all these years. But I have to get this out, it’s just something I needed to get out of my system. This needs an ending, which I won’t get now,” Mary said.

If you or anyone you know needs support, you can contact the National Sexual Assault, Domestic and Family Violence Counselling Service on 1800RESPECT (1800 737 732).