A RARE moment when a great white shark was chased by an elephant seal has been caught on camera.

The video shows the Southern elephant seal hot on the the heels of the great white at it scrambles to get away in the shocking video. 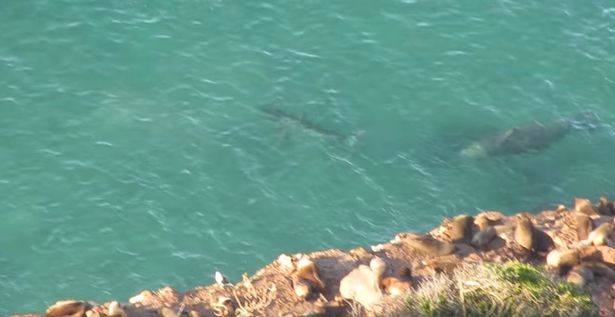 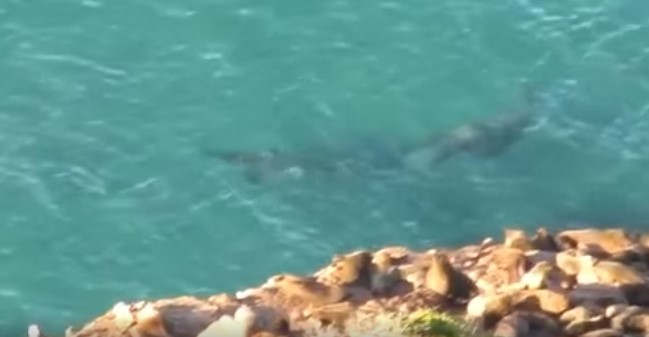 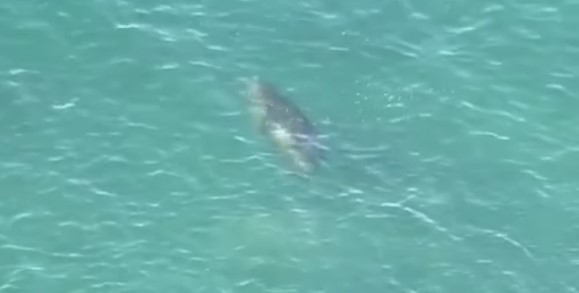 The video was posted by the Orca Foundation in Plettenberg Bay, Western Cape, South Africa with the caption: “Have you ever seen a great white shark getting chased by an elephant seal? Another exciting day in Robberg.”

The video is said to have been taken by 14-year-old Luka Oosthuizien.

Ocean Adventures day the most recent elephant seal recorded in Plettenberg has been a male which was first spotted in 2011.

He is said to return to the spot a yearly basis.

The great white tries to steer clear of the way of the elephant seal because of its massive size.

According to their website: “In 2012 and 2014, he was observed killing and feeding in Cape fur seal pups, an extraordinary behaviour that had never been documented for Southern elephant seals before.”

Although the great white is one of the most feared sea creatures in the world, experts say it can be intimidated by an adult elephant seal which can grow up to 3.7 tons, making it the largest species of seal in the world.

They can also measure up to 6m in length.

Their massive size means sharks try to stay well away from them.

Christine Heinrichs, a docent at Friends of the elephant seal is reported to have said: “Younger seals, juveniles weighing 1,000 to 2,000 pounds are usually considered more desirable prey, for exactly that reason.

“A big bull can turn around and bite his attacker. An injured shark is effectively a dead shark.” 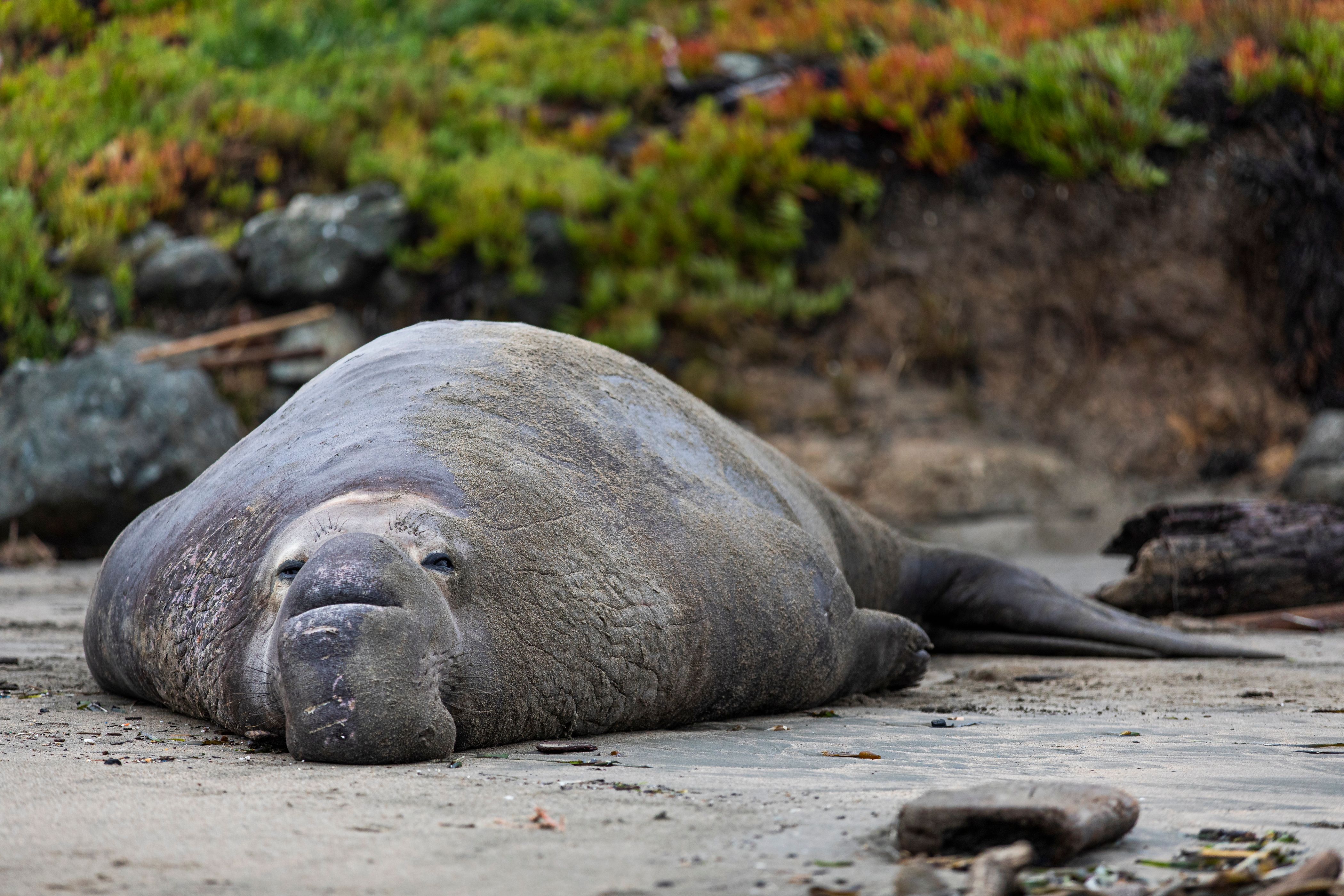 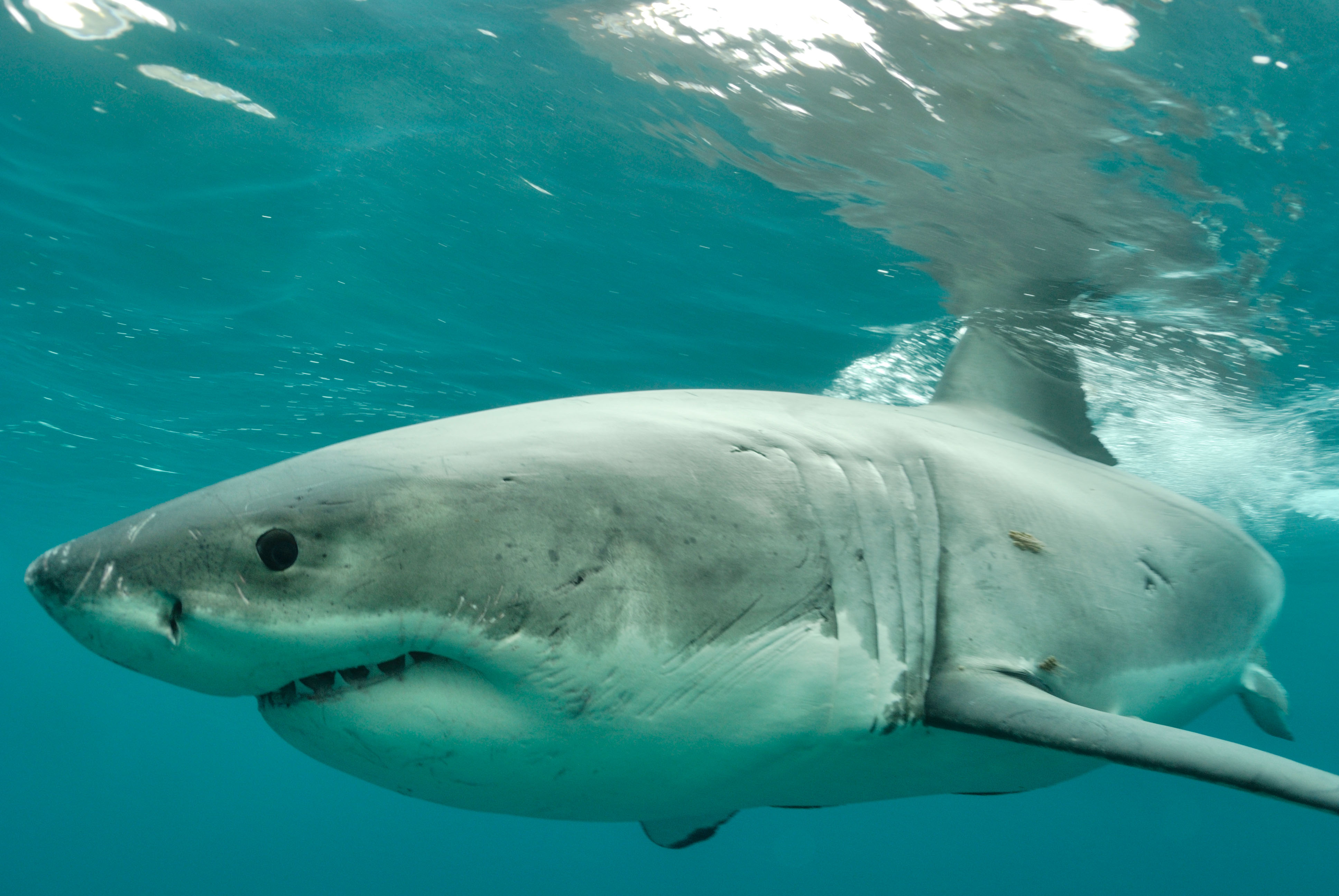