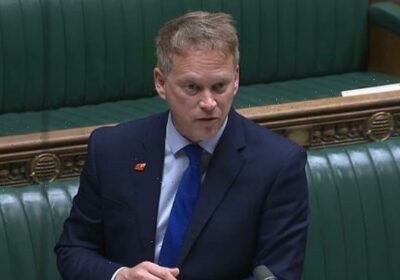 The Transport Secretary told the Commons he wanted to impose the tough rules ‘as quickly as possible’ amid the bitter row over the firm’s mass sackings.

But Mr Shapps conceded that the measure cannot be brought in immediately, saying he was urging ports to act before it is formally on the statute books.

He also said the UK is looking at doing deals with other countries to guarantee enforcement of minimum wages across jurisdictions.

These include plans to create ‘minimum wage corridors’ on ferry routes between the UK and other countries.

And he repeated his call for P&O Ferries chief executive Peter Hebblethwaite to quit, revealing he has written to the Insolvency Service complaining he is ‘unfit to lead a British company’.

Making a statement to angry MPs, Mr Shapps said he was moving ‘as quickly as possible’ to change the law.

‘Where new laws are needed, we will create them. Where legal loopholes are cynically exploited, we will close them. And where employment rights are too weak, we will strengthen them,’ he said. 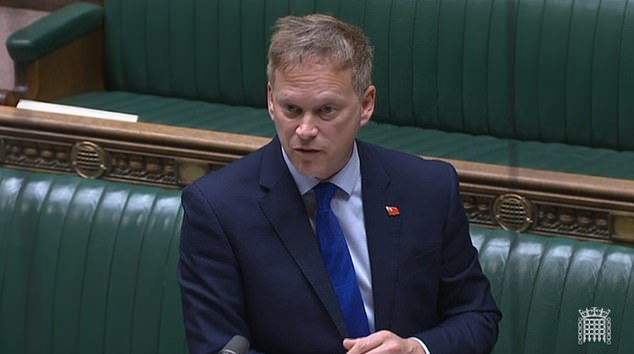 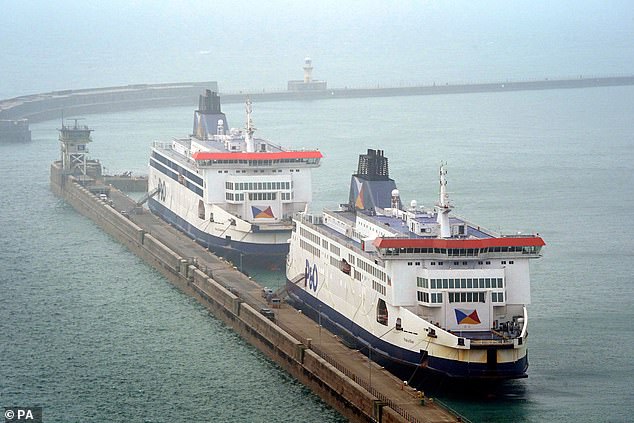 P&O Ferries sacked its crews and replaced them with agency workers on March 17.

Mr Hebblethwaite, whose basic annual salary is £325,000, told MPs on March 24 that the average pay of the agency crew is £5.50 per hour, but insisted this was permitted under international maritime laws.

He also admitted that his company broke the law by not consulting with trade unions before sacking workers.

Mr Shapps today said the government will ‘give British courts new statutory powers to refuse access to regular ferry services, which do not pay their crew the national minimum wage’.

He went on: ‘We will achieve this through primary legislation to amend the Harbours Act 1964. And it means that if companies like P&O Ferries want to dock in ports, such as Dover and Hull and Liverpool, they will have no choice but to comply with this legislation.

‘Crucially, it means that P&O Ferries can derive no benefit from the action that they have disgracefully taken.’

Conceding that this process would take time, he added: ‘We’re legally-bound to consult with the sector on any changes – and unlike P&O, we take that consultation seriously.

‘So legislative changes will not be possible overnight.’

But Mr Shapps said he will be writing to all ports in the UK explaining the Government’s plan, adding: ‘But in the meantime instructing them not to wait. I want to see British ports refusing access to ferry companies who don’t pay a fair wage as soon as practicable.

‘This will have the full backing of the Government and I’ve instructed the Maritime and Coastguard Agency to get behind this action too, and they’ve indicated that they will.’

The Transport Secretary added of the proposals: ‘It’ll send a clear message that if you are using British waters and British ports to ply your trade then you must accept British laws.’

Laying out another element of his nine-point plan, Mr Shapps said: ‘We will take action to prevent employers who have not made reasonable efforts to reach agreement through consultation from using fire and rehire tactics.

‘So new statutory code will allow a court or employment tribunal to take the manner of dismissal into account, and if an employer fails to comply with the code, impose a 25% uplift to a worker’s compensation.’

Earlier in his statement, he described the sacking of 800 seafarers as ‘shameful’ and said ‘no British workers should be treated in this way, devoid of dignity and respect’.

He said maritime workers ‘deserve far better than to be dismissed via a pre-recorded Zoom in favour of cheaper overseas labour’.

He said: ‘In response, we urged P&O Ferries to reconsider. These calls have fallen on deaf ears.’

P&O Ferries has accused the Maritime and Coastguard Agency (MCA) of operating with ‘an unprecedented level of rigour’ after it detained two of its ships.

European Causeway was held in Larne, Northern Ireland, on Friday, while Pride Of Kent was detained in Dover, Kent, on Monday. 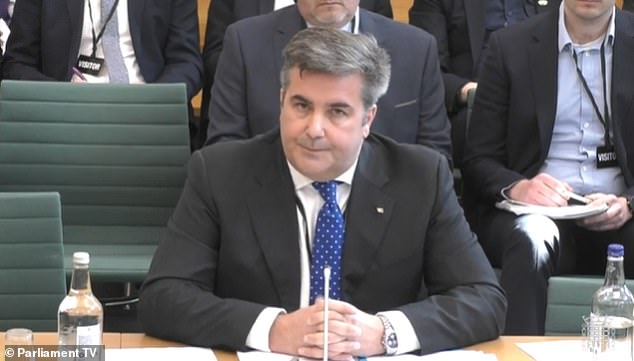 Mr Shapps repeated his call for P&O Ferries chief executive Peter Hebblethwaite (pictured) to quit, revealing he has written to the Insolvency Service complaining he is ‘unfit to lead a British company’

The inspections are being carried out after P&O Ferries sacked nearly 800 seafarers on March 17 and replaced them with cheaper agency workers.

Trade unions and MPs have expressed fears that the controversial decision threatens safety.

A spokesman for P&O Ferries said: ‘It is clear that – following interventions by ministers and MPs – the MCA inspections have reached an unprecedented level of rigour, and we have been told that our ships will also now be required to pass further inspections by the flag state and classification society respectively.

‘We welcome this additional scrutiny and would reiterate that the safety of our passengers and crew is our foremost priority.

‘Any suggestion that it is being compromised in any way is categorically false and we look forward to all of our ships welcoming tourist passengers and freight customers again as soon as all mandatory safety tests have been passed.’

An MCA spokeswoman said: ‘Our top priority is safety of shipping.

‘We inspect without fear or favour every foreign flagged ship in exactly the same robust way under the regulations set out in Port State Control regime.

‘Detentions under the Port State Control regime require that the flag state and operator put right any deficiencies before the MCA is invited to reinspect.’