The government today gave the strongest hint yet it intends to delay next month’s Budget to afford time to the new Chancellor.

Rishi Sunak was on Thursday parachuted into Number 11 after Sajid Javid quit the Cabinet in protest at harsh reshuffle conditions laid down by Boris Johnson.

Mr Javid, who was told his political survival depended on him sacking his advisers, walked away from the role just weeks before he was due to deliver his first Budget.

It left his 39-year-old successor racing to thrash out the Treasury’s spending plans before the annual Commons statement, which had been scheduled for March 11.

But Transport Secretary Grant Shapps has cast doubt on this tight time-frame and suggested the Budget could be pushed back.

He told Sky’s Sophy Ridge: ‘I know the Budget plans are well advanced but I also know that Rishi Sunak, the new chancellor, may want time. 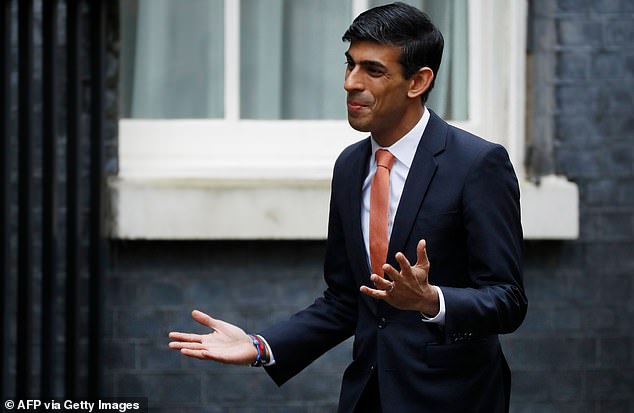 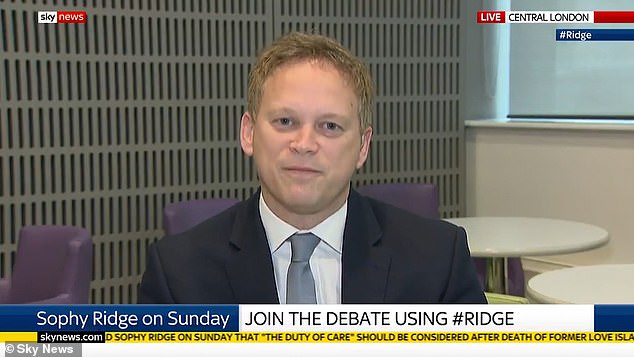 ‘I haven’t heard whether the date in March is confirmed as yet. He’s probably looking at it this week I should think, so I’ll leave it to the Treasury to announce that.’

Yet Mr Shapps was gushing about his cabinet colleague, who served as Mr Javid’s deputy, and reassured the Budget would be a success regardless of timings.

He said: ‘I have to say, Rishi, who is now chancellor was a fantastic chief secretary to the Treasury – that’s the position that he’s come from previously –  we all worked with him very closely, he’ll be a terrific chancellor of the exchequer I think and whenever the Budget is I think it will be a huge success for this country.

‘We’re really going to spend the next weeks, months and years levelling up this country and really trying to do the things that people want having trusted us with their support which has been loaned to us, and we intend to deliver on it.’

Mr Shapps’s intervention came as it was revealed the Prime Minister’s plans for a ‘mansion tax’ have been frozen amid fears of a Tory backbench revolt. 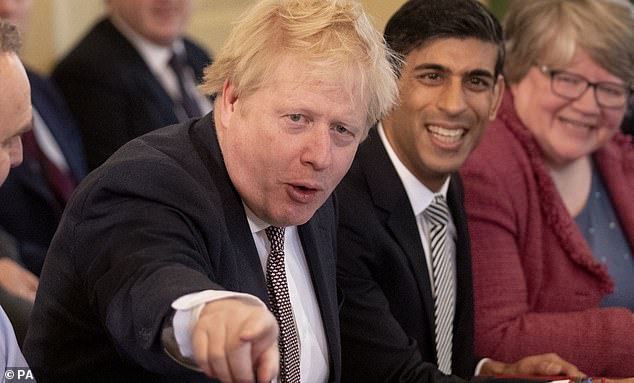 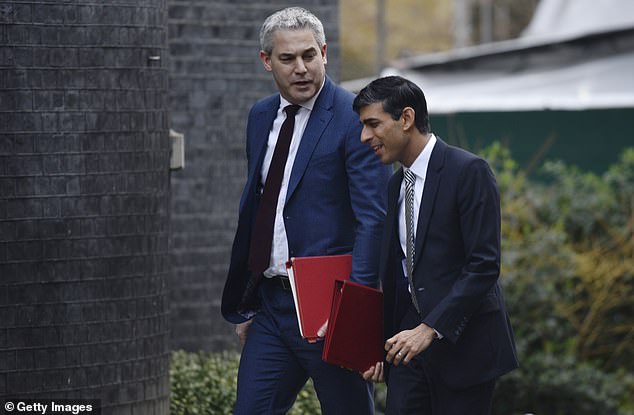 The tax on high-value properties was due to be rolled out in next month’s Budget to help fund the Prime Minister’s promise to ‘level-up’ parts of the country starved of investment.

But following the resignation of Mr Javid, who was understood to have been wavering on the policy, it has now been shelved

The government’s economic agenda will be driven by the PM- and his top strategist Dominic Cummings – following Thursday’s reshuffle which saw the Chancellor’s independence watered-down by a new joint Number 10 and 11 team of advisers.

And the PM has personally ‘cooled’ on the idea of imposing a mansion tax, a source told the Sunday Telegraph, meaning Mr Sunak will almost certainly fall into line. 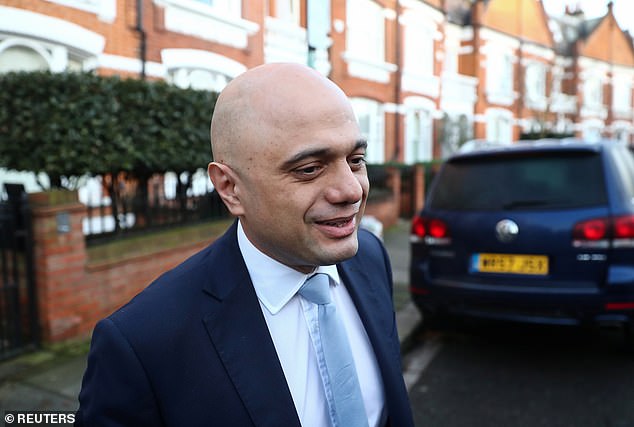 Mr Javid, who was told his political survival depended on him sacking his advisers, walked away from the role just weeks before he was due to deliver his first Budget

Mr Johnson boasts an 80-seat majority and massive personal mandate, but is believed to have been spooked by a big Conservative backlash to the plans.

Before Mr Javid quit after being told he could stay only if he sacked his entire team of advisers, he was warned about the rebellion which would meet such tax plans.

Sir Graham Brady, the chair of the powerful 1922 committee of Tory MPs, had a meeting with the then Chancellor to impress the anger about the mooted mansion tax, according to the newspaper.

The mansion tax, which has also infuriated rank-and-file party members because it is a radical departure from preferred tax-cutting policies, is believe to have been the brainchild of Mr Cummings.

Another policy understood to be mothballed is a revaluation of all homes, which could have hiked council tax bills.

Instead, the Budget could include a more wide-ranging inheritance tax.