Gran, 60, left with horror 'third-degree' burns after spilling KFC 'lava-like' gravy that 'stuck' to her hand 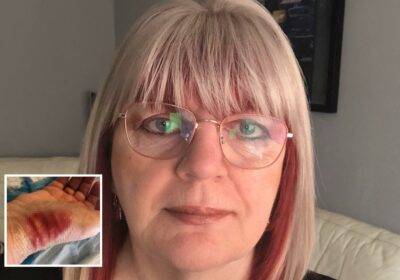 A GRAN, 60, was left with horror “third degree” burns after spilling her KFC “lava-like” gravy onto her hand.

Kay Sherman, 60, was digging for her fave chicken piece from a bargain bucket when the “scalding” liquid gravy spilt on to her skin. 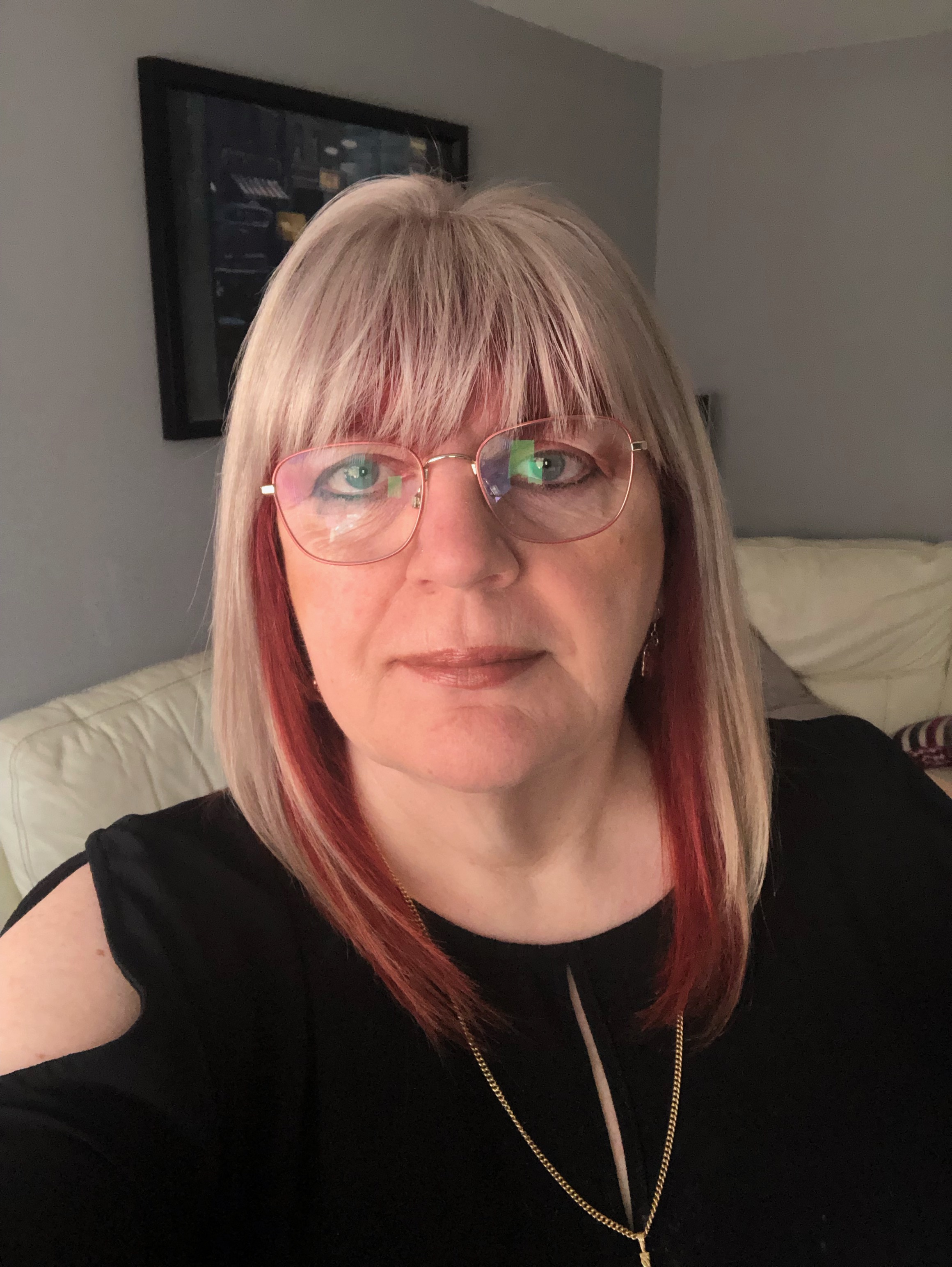 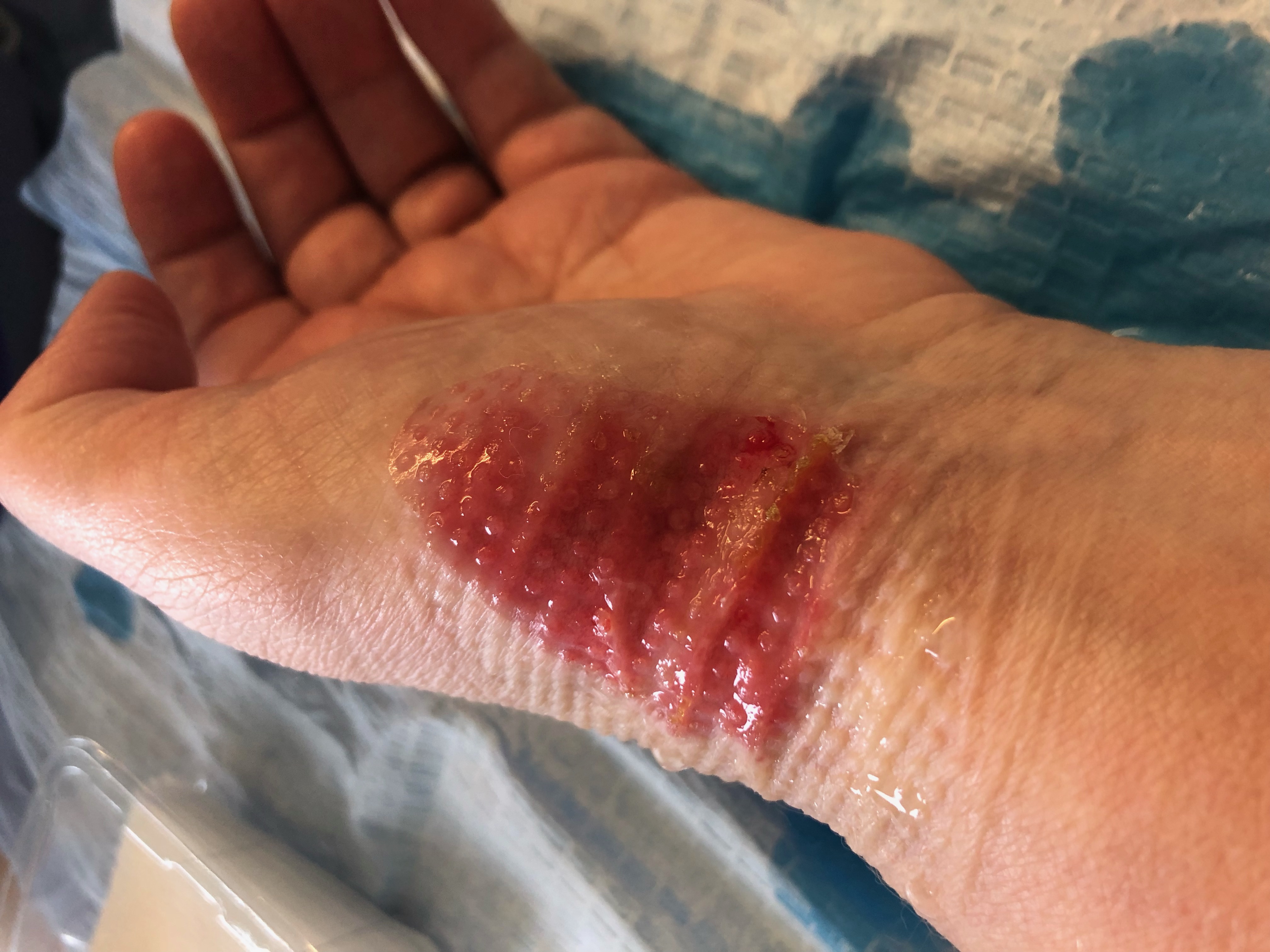 The granny, who was celebrating her 60th birthday with her great-grandkids, says when she went to wipe the gravy away, it peeled a layer of skin off her wrist.

Kay said: "I had a bucket balanced with my little finger in my lap and the gravy in my other hand.

"I was focused on the piece of chicken I was trying to pick up.

"I put my hand into the bucket to get the piece of chicken I wanted and the gravy suddenly felt like lava hitting my hand.

"It felt like slow-motion. I had a stinging pain in my arm.

"The gravy literally stuck to my skin. I spun in my computer chair and grabbed a KFC serviette to wipe it and my skin came off with it.

"I put the bucket on the floor and ran outside. I was in shock for the whole thing. I just didn't expect it."

Kay immediately washed her hand with the garden hose before wrapping it in cling film and a tea towel and thrusting it into ice.

Her 52-year-old son-in-law Rich then raced Kay to her health centre eight miles away where her wound was dressed.

After two weeks, Kay still isn’t sure how the gravy fell – but she believes it was served too hot by KFC.

She said: "I was holding it at the top where it was warm. I had no idea how hot it was.

"We all know takeaway food is going to be hot, I'm not silly I'm aware of that.

"But to have a third-degree burn that's got to be too hot."

"KFC shouldn't be sending it to a family with kids.

"I wasn't even angry about it. I was so pleased it was me and not one of the little ones, for them to suffer what I have would have been awful."

Kay is continuing to dress the wound, but says she’s unsure if the “numbness” in her hand will be permanent.

A spokesman for KFC said: "Safety is our top priority for our guests, so we’re really sorry to hear about this and we’re in touch with Kay to fully understand how this happened and help make it right.” 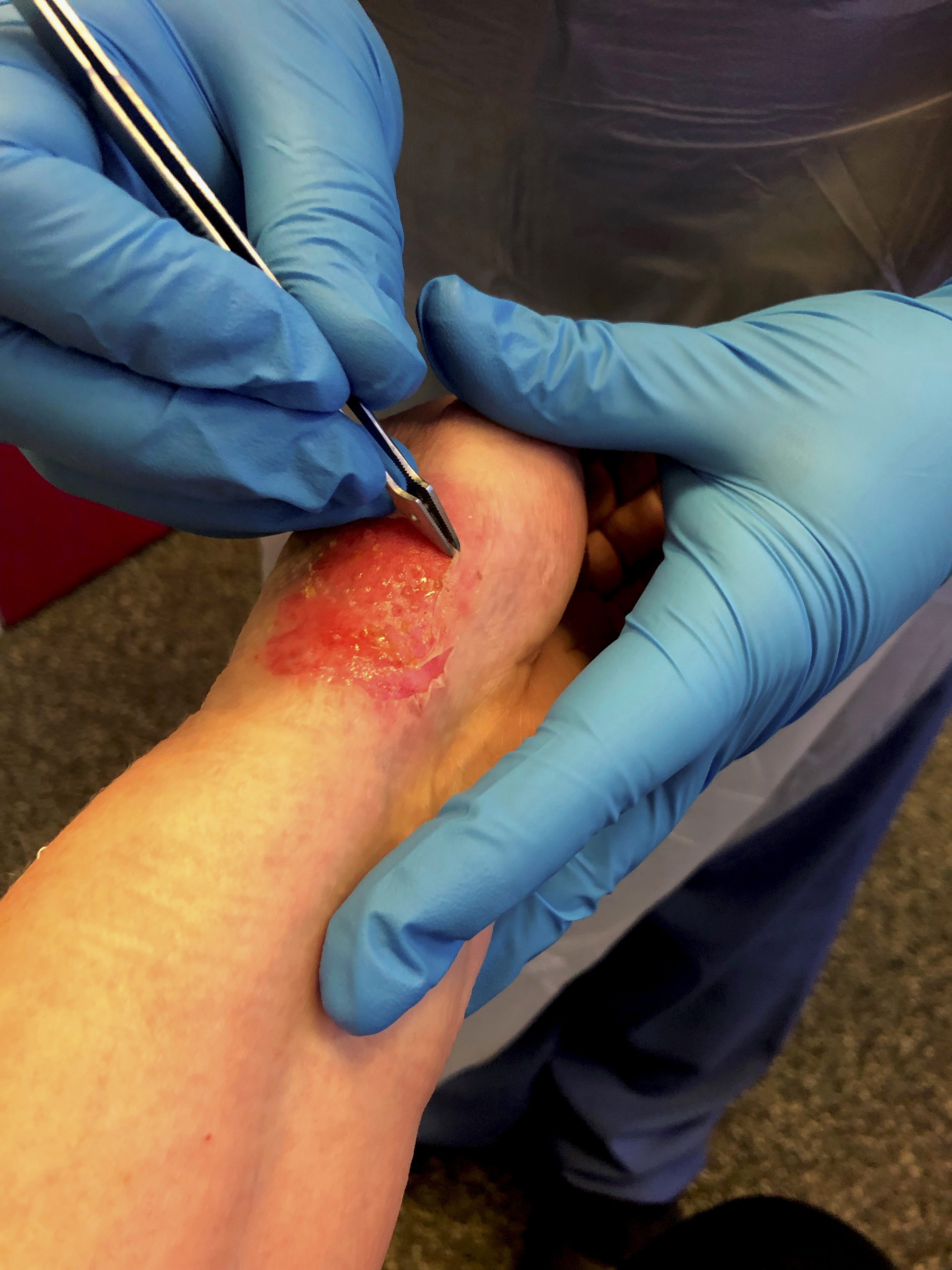 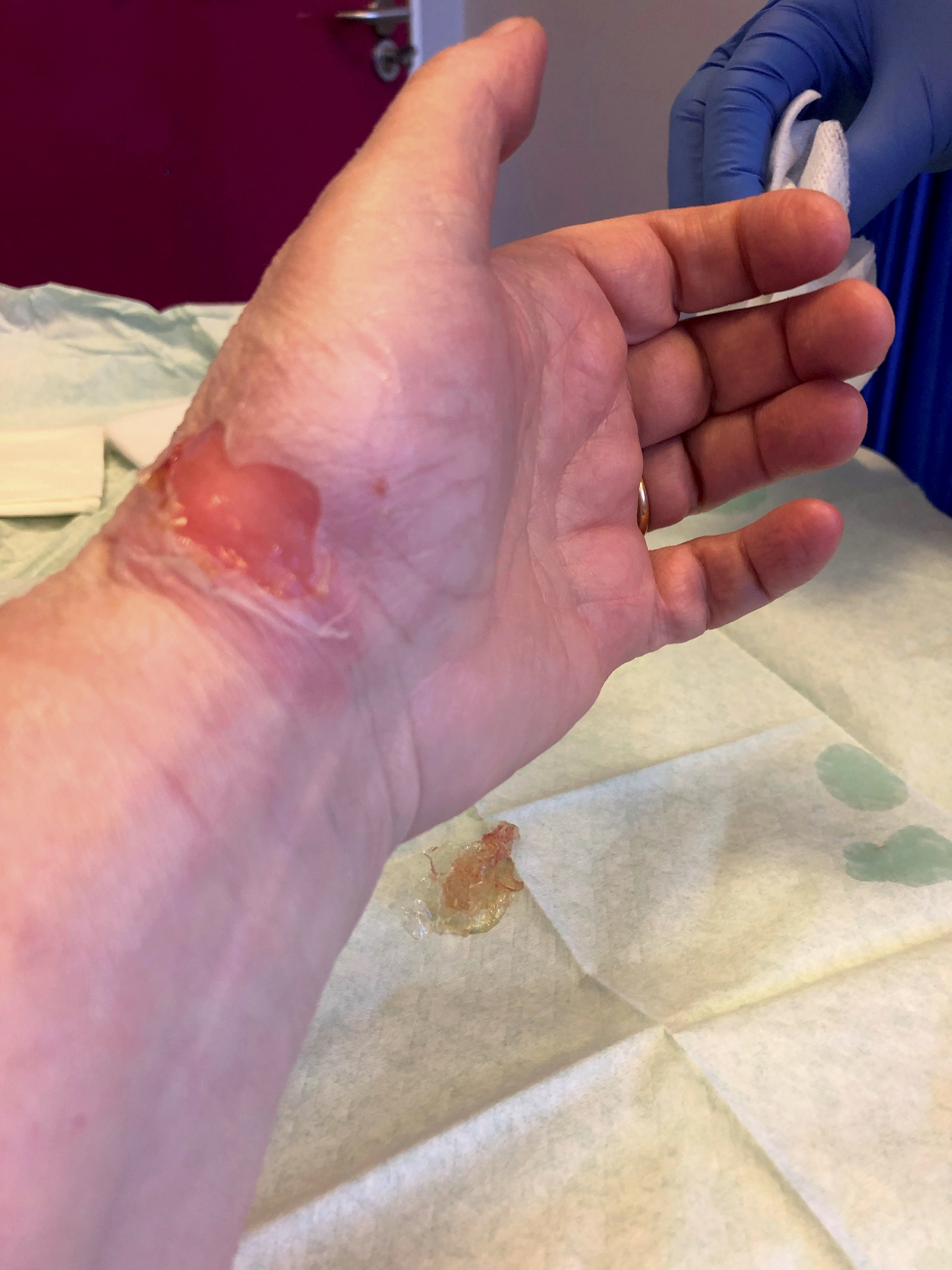