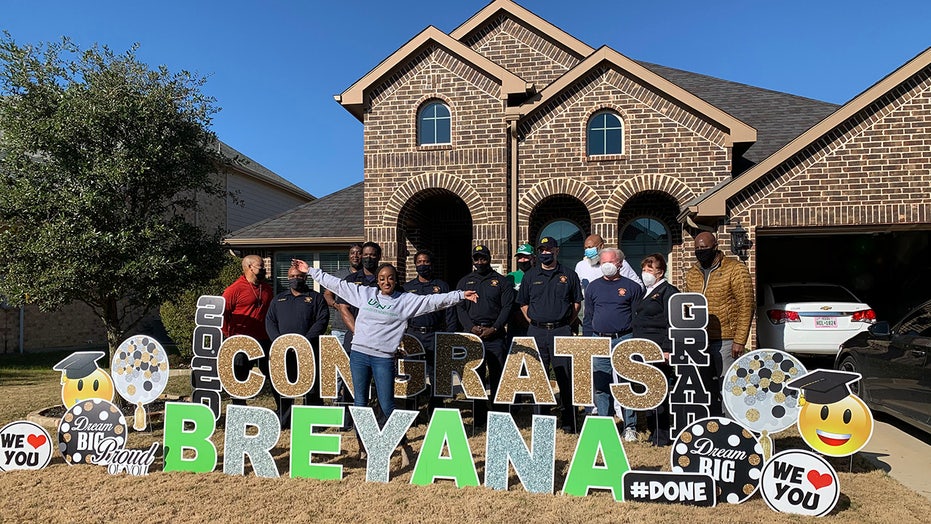 Firefighters in Dallas held a special parade over the weekend for a recent college graduate whose father died in the line of duty almost 19 years ago.

Breyana Davis-Moore was only a few years old when her father, Vincent Davis, died while responding to a six-alarm apartment building fire in Oak Cliff, a neighborhood in Dallas, Milton Williams, a retired firefighter and family friend, told Fox News.

In November, Breyana Davis-Moore graduated from the University of North Texas with a degree in forensic psychology in three years.

It was a milestone that needed a proper celebration. 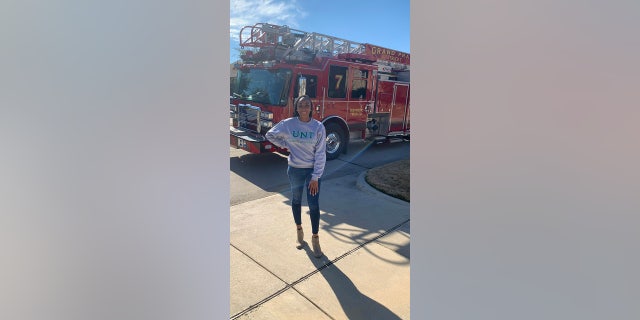 So Breyana Davis-Moore's mom and Williams teamed up and created a plan. Williams rallied a family of firefighters and EMS workers to parade by her home.

On Saturday, numerous fire trucks and other vehicles from Fire Station 26 drove through the 22-year-old's neighborhood as the crew honked their horns, blasted their sirens, waved and cheered.

There were also several retired and active firefighters who jumped in their own cars and joined the parade in an effort to celebrate her accomplishment.

Williams said he couldn't have done it without the help of her family and various community members.

Fire departments are the largest family in the world, he said, and they have one very important saying they tell the families of fallen comrades.

"That is 'rest easy, we got it from here,'" Williams said.

It means that firefighters will take care of your family for as long as they can, and "when firefighters say that, they mean that," he said. 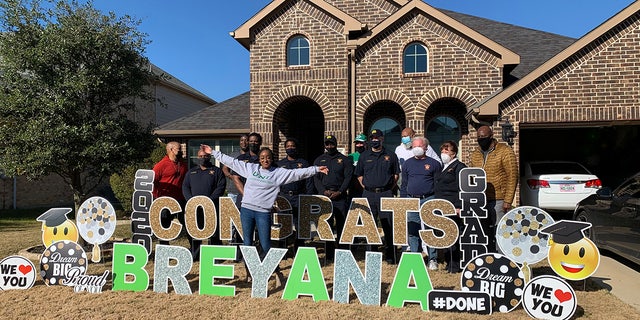 Williams said the new graduate was in "utter amazement" as she watched alongside her family and three siblings; Kiara Cotton, Brittany Smith and Vince Davis Jr.

No amount of money or "I'm sorries" can make those who have lost someone feel better, Williams said.

Events like these, however, are able to help keep the family connected to their dad, he said. It also helps to keep his legacy alive, especially for those who may not have known him.

"When we do something like this, it just serves the purpose to let them know that first of all, we haven't forgotten about your dad," he said.

Not only was Vincent Davis a firefighter and a medic, but he was also an All-American high jumper from Illinois State University preparing for the 1980 Olympics, according to Williams. However, the United States boycotted the Summer Olympic Games in Moscow that year to protest the Soviet invasion of Afghanistan.

Breyana Davis-Moore plans to go on to graduate school and eventually pursue her doctorate degree.