Graduate, 24, of Jamie Oliver’s Fifteen apprentice programme is jailed for two years for drug dealing after falling in with county lines gang to feed heroin addiction

A graduate of Jamie Oliver’s Fifteen apprentice programme which aimed to turn disadvantaged young people into chefs has been jailed for drug dealing.

Ben Taylor, 24, graduated from the Fifteen scheme in London in 2015 after being tutored in a range of culinary skills.

But he swapped cooking for drug dealing to support himself after developing an addiction and becoming homeless. 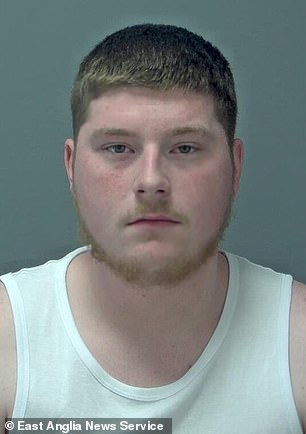 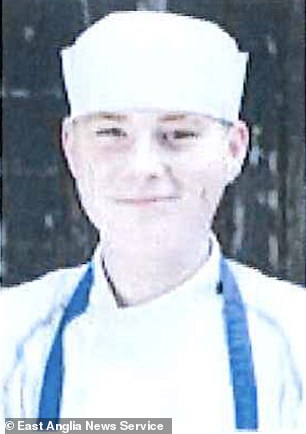 Ben Taylor (left, mugshot, right, on the Fifteen scheme), 24, graduated from the Fifteen scheme in London in 2015 after being tutored in a range of culinary skills. But he swapped cooking for drug dealing to support himself after developing an addiction and becoming homeless

Taylor, of Ipswich, and his accomplice Logan Burnett, 23, of no fixed address, were known to Class A drug users as ‘Itchy’ and ‘Scratchy’.

The pair admitted being concerned in the supply of heroin and crack cocaine between January and May this year.

Burnett also admitted possessing heroin and cocaine with intent to supply, possession of cocaine last October, possession of cannabis and breach of a suspended prison sentence. 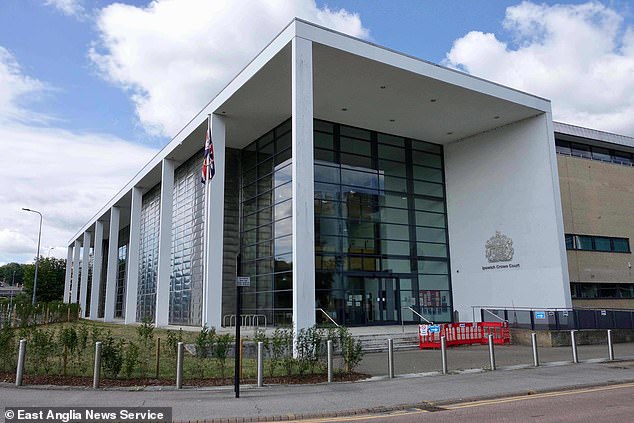 Where did other graduates from Jamie’s Fifteen apprenticeship end up?

Anna Jones, 40, joined the apprenticeship programme in 2004 and worked for Jamie Oliver for seven years.

She then went on to become a published author of five cookery books and a regular columnist for The Guardian.

She told The Guardian last year: ‘I have a lot of warm memories. Jamie was so hands-on even though his business was blowing up and everyone wanted a piece of him.’

Tim Siadatan, 35, joined the apprenticeship programme in 2002 in the first ever intake of wannabe chefs.

Since graduating he worked at London’s Moro restaurant for almost two years before opening his own.

He and his business partner Jordan Frieda opened Trullo, in Islington, in 2010.

In 2016, the duo opened their second restaurant, Padella, a fresh pasta bar in Borough Market that immediately saw queues around the block and hordes of adoring fans.

She began her career as a journalist for Sky News before taking up cooking.

After graduating she worked at some of London’s Michelin-starred kitchens, became a food writer, then a Showbiz Editor, worked for an NGO and is now the group food director at Future Plc – a company which owns magazines such as Horse and Hound and Woman’s Weekly.

Judge Emma Peters said they had been involved ‘up to their necks’ in drug dealing and were ‘inextricably’ linked to the Santos line.

She said that the gang had sent out nearly 6,000 marketing text messages to addicts in the Ipswich area between January and March this year.

The court heard how Taylor was arrested on an unrelated matter in February and sent out a bulk text message advertising drugs for sale just two hours after his release.

He and Burnett were found in a car which was stopped by police on the A12 in March.

A phone which was used by the Santos line was found in the vehicle and had Taylor’s DNA on it, the court heard.

A bag containing 60gms of cocaine which had been thrown out of the car was also recovered.

Jeremy Rosenberg, defending Taylor, said he had grown up in a dysfunctional family and was exposed to drugs from an early age.

Despite graduating from Jamie Oliver’s Fifteen project, he became involved in drug dealing to make some ‘quick cash’ while he was homeless and addicted to drugs, he said.

Celebrity chef Oliver launched his Fifteen as a restaurant in Cornwall in 2002 before opening another in London to help give unemployed young people a chance.

The project which had the slogan ‘using the magic of food to transform lives’ ended last year when his restaurant empire collapsed.

The court was told how police went to a house in Haverhill, Suffolk, in October last year and saw Burnett throw a package containing 65 wraps of heroin and 97 wraps of cocaine out of a window.

A further 100 wraps of heroin and 200 wraps of crack cocaine were found at the property with a total value of £4,600, said prosecutor Gareth Hughes.

Kelly Fernandez-Lee, defending Burnett, said he regretted his involvement in the offences and wanted to put his offending behind him.