The state government’s own heritage advisers have objected to “unacceptable” plans to increase development at Central Barangaroo, saying it would compromise the heritage of the Millers Point peninsula and diminish Observatory Hill.

The Heritage Council of NSW, an independent statutory body advising Environment and Heritage Minister James Griffin, agreed last week to lodge its “strong objections” to an Infrastructure NSW proposal for taller buildings in the final part of the Barangaroo foreshore, including a 20-storey residential building. 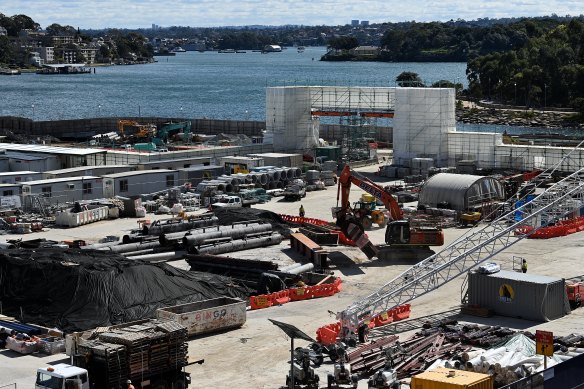 Central Barangaroo, which is currently a construction site, is the final piece of the foreshore transformation project.Credit:Kate Geraghty

A unanimous resolution declared the proposal “prioritises private benefits over important state-significant public heritage space” and would have “an unacceptable impact on views to the Observatory and its setting from the west and south-west”. It would also sever the link between Millers Point and the waterfront, the council said.

“[Millers Point’s] rows of terrace houses, which were specifically constructed for its dockside workers, its laneways and streets have retained the ability to demonstrate that way of life through a physical and visual connection to the harbour,” it told the government.

The council’s view does not compel the government to do anything but adds to several objections already lodged with Planning Minister Anthony Roberts, who is the decision-maker. Griffin declined an interview and said: “I am awaiting advice from Heritage NSW.”

A letter from Heritage NSW on July 28 advised the Planning Department there was “low to nil archaeological potential for Aboriginal cultural deposits to be located within the project area”. But it also recommended further assessment in consultation with relevant Aboriginal parties. 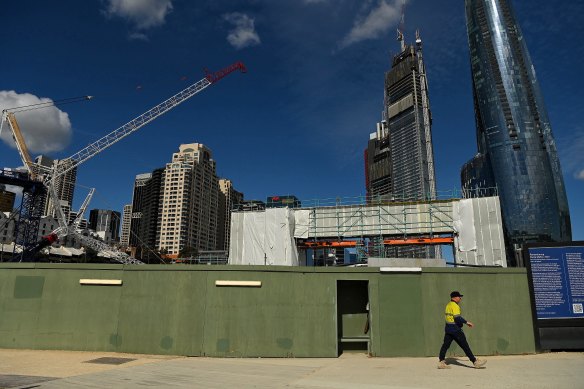 The council’s resolution was moved by Brian Lindsay, a former chief-of-staff to then president of the Legislative Council Don Harwin, and Nicholas Brunton, an environmental and planning lawyer. It was unanimously endorsed by the nine-member council.

Asked whether the Heritage Council was exceeding its jurisdiction by commenting on matters of design or aesthetic, Howarth said that was a “good question” but the answer was ultimately no. 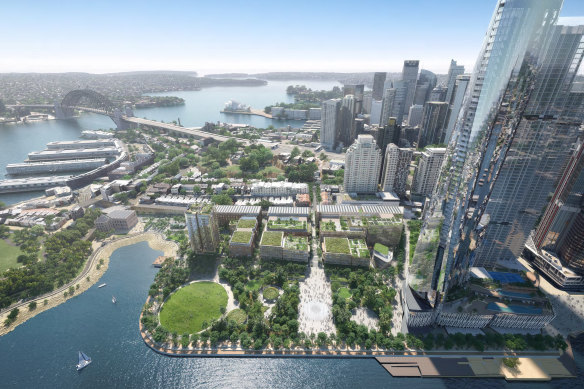 A concept design of Central Barangaroo included in documents submitted by developer Aqualand as part of their modification application.Credit:Department of Planning portal

“We’re more concerned about the sight lines than we are about design. Sight lines are a very important part of heritage [and] the protection of sight lines is something the council feels we probably should discuss more in Sydney. We haven’t done that very much in Sydney at all.”

Sight lines at Barangaroo are now the subject of a parliamentary inquiry chaired by One Nation NSW leader Mark Latham. The inquiry is examining the probity, integrity and potential bias of negotiations between the government, Lendlease and Crown, with a report due by Christmas.

Developer Aqualand’s project director Rod McCoy said the Barangaroo precinct had already restored public access from Millers Point to the western harbour for the first time in 100 years, and Central Barangaroo would enhance access to the waterfront with a pedestrian bridge linking High Street in Millers Point to the water’s edge and harbourside park.

“[This] secures an outstanding heritage outcome for all of Sydney,” McCoy said. “While our proposal will bring an incremental change in building heights for much of the precinct, it will also bring a dramatic increase in amenity, connectivity and activation for Millers Point.”

The residential building attracting most of the criticism would be nearly 74 metres tall, which is about a quarter of the height of the nearby Crown tower and 10 metres shorter than the Blues Point Tower across the harbour.

Modification nine would “trash Sydney’s heritage in Millers Point and steal the public’s panorama of Observatory Hill and Sydney Harbour”, he said.