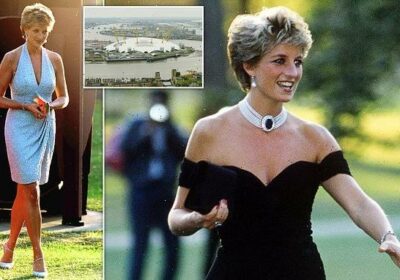 After the death of the Princess of Wales, the prospect of turning the ‘white elephant’ building into a hospital for children was discussed.

Files released by the National Archives at Kew in London also reveal that Tony Blair’s government seriously considered scrapping it altogether in the run-up to 2000.

Ministers were concerned that it was unpopular with the public, had no real vision, lacked funding and represented a waste of public money.

When the princess died in a car crash in Paris in 1997, aides saw an opportunity to connect the Greenwich project with a cause that would be sure to attract sympathy and sponsorship.

Ministers considered turning the unpopular Millennium Dome in Greenwich into a shrine to Princess Diana after her death in 1997, files newly released by the National Archives reveal

Bill Clinton snubbed the Queen’s offer of tea at the Palace when he visited the UK in 1997, the files reveal.

When the US president came to visit newly elected prime minister Tony Blair, his aides insisted the trip be ‘fun’ rather than formal.

Mr Clinton wanted to be a ‘tourist’ in London, and to eat at an Indian restaurant, according to the files.

Discussing tea with the Queen, John Holmes, Mr Blair’s private secretary, wrote: ‘The White House were definitely not seeking a contact with the Palace.

‘The Clintons would want the “fun” bit of the programme to be very informal.’

He added: ‘Unless the UK side signalled that the absence of a call there might cause offence, the White House would certainly not seek one.’

But they were unsure how to do this, with various proposals being put forward.

Mr Blair’s spin doctor Alastair Campbell wrote to the prime minister in September 1997 just after Diana’s death, saying that aides had put forward ‘a proposal that the Millennium Project be completely refashioned, the site extended, to accommodate, for example, a hospital, businesses, charities, private residences and the whole thing named ‘The Princess Diana Centre’.’

Consultations would be opened with Princess Diana’s family and her charities ‘about identifying proper and fitting ways to honour her life’s work’.

Ministers were told the idea would ‘not go down particularly well with the Royal Family’ – something Sam Chisholm from the Dome’s board claimed to see ‘as a pretty big plus’.

Diana’s death also brought with it opportunity to scrap the project. A letter to Mr Blair from James Purnell, then a special adviser at No 10 and later a Cabinet minister, the following month said: ‘Clearly, there would be a significant political downside to cancelling the project.

‘But if the risk of failure is too great or public attitudes harden before it’s able to prove its success so that the political cost becomes intolerable, it would be better to take that pain now than far greater pain in the year 2000, much closer to an election.

‘Moreover, Diana’s death could give us a semi-plausible excuse to cancel.’ 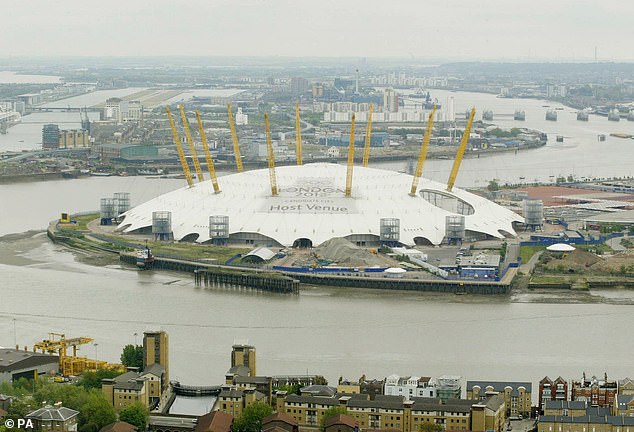 Another idea explored was a Princess Diana Centre for Special Children which was described as ‘a holiday village for children with special needs – a mini Alton Towers/Disneyland for kids with special needs’ in a note from Mr Blair’s political secretary Robert Hill in 1997.

In the event, the plans went nowhere because a children’s hospital would have overshadowed Great Ormond Street, a hospital was being built in Greenwich, and there were major concerns about contamination of the site and funding.

The £758million Millennium Dome was opened amid much fanfare on December 31, 1999. It was supposed to embody New Labour’s success, but quickly became a byword for Government failure and overspend.

■ Tony Blair accepted a donation to build a tennis court at Chequers, the archives show.

The prime minister was asked if he wanted to go ahead with the refurbishment which businessman Sir Emmanuel Kaye offered up to £30,000 to fund.

The memo said that the trustees of the prime minister’s country retreat would be content to go ahead only if he were able to ‘put up with the publicity which would inevitably ensue’.

In a note to the prime minister, an aide wrote: ‘Last chance to say no. I say go ahead and weather the criticism.’