“You know what else is incompetent, Tucker? The establishment. The people who control the purse strings,” Masters said before accusing the long-serving GOP leader and the super PAC aligned with him of not spending enough on TV advertising. “Had he chosen to spend money in Arizona, this race would be over. We’d be celebrating a Senate majority right now.”

Masters not only lost his race against Democratic Sen. Mark Kelly. He trailed every other Republican running for statewide office in Arizona. But there’s another problem Masters didn’t acknowledge: He failed to raise significant money on his own.

He was hardly alone.

As both parties sift through the results of Democrats' stronger-than-expected showing in the midterm elections, Republicans are engaged in a round of finger-pointing, including a failed attempt by Florida Sen. Rick Scott, who led the Senate GOP's campaign arm, to challenge McConnell for his leadership post.

But the recriminations obscure a much deeper dilemma for the party. Many of their nominees — a significant number of whom were first-time candidates who adopted far-right positions — failed to raise the money needed to mount competitive campaigns. That forced party leaders, particularly in the Senate, to make hard choices and triage resources to races where they thought they had the best chance at winning, often paying exorbitant rates to TV stations that, by law, would have been required to sell the same advertising time to candidates for far less. 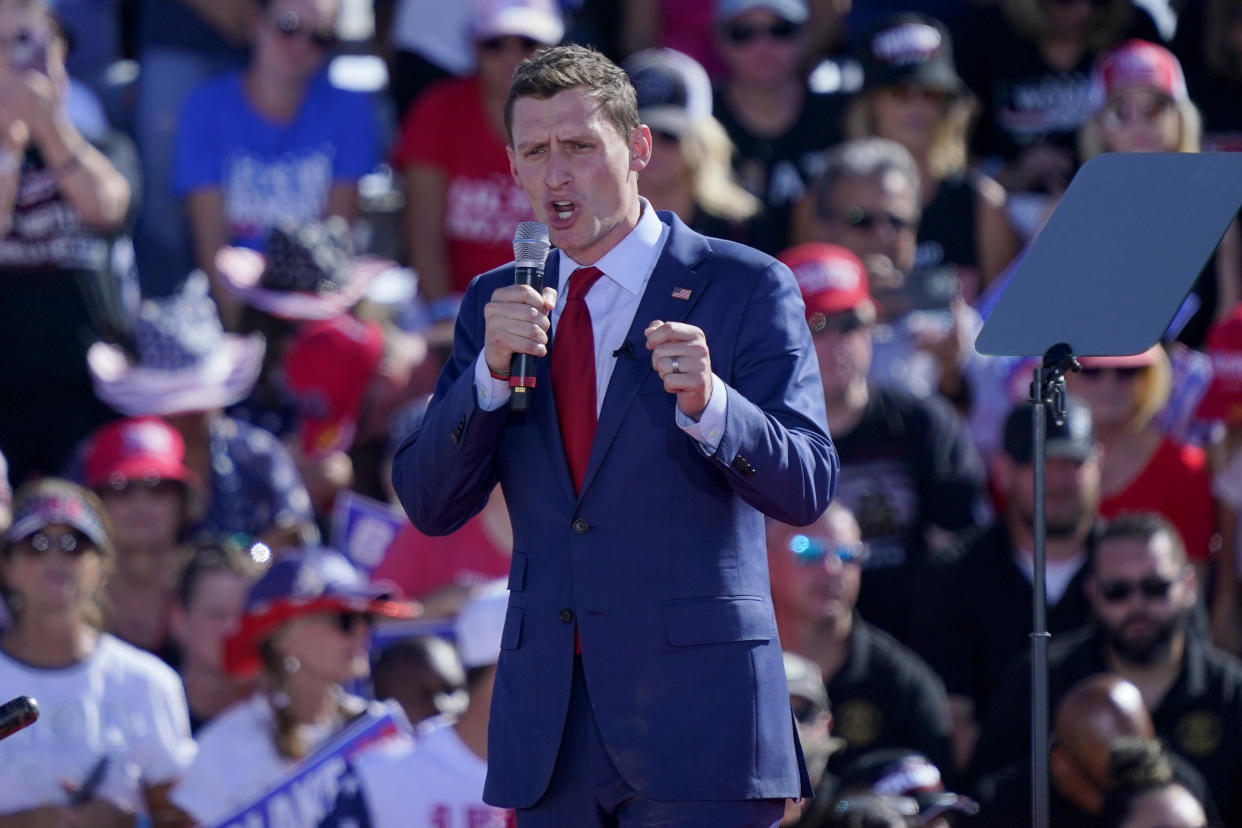 The lackluster fundraising allowed Democrats to get their message out to voters early and unchallenged, while GOP contenders lacked the resources to do the same.

“This has become an existential and systemic problem for our party and it’s something that needs to get addressed if we hope to be competitive,” said Steven Law, a former McConnell chief of staff who now leads Senate Leadership Fund, a super PAC that spent at least $232 million on advertising to elect Republicans to the Senate this year.

“Our (donors) have grown increasingly alarmed that they are being put in the position of subsidizing weak fundraising performances by candidates in critical races. And something has got to give. It’s just not sustainable," Law said.

In key Senate and House battlegrounds, Democratic candidates outraised their Republican counterparts by a factor of nearly 2-to-1, according to an Associated Press analysis of campaign finance data.

Consider the handful of races that helped Democrats retain their Senate majority.

Our (donors) have grown increasingly alarmed that they are being put in the position of subsidizing weak fundraising performances by candidates in critical races. And something has got to give. It’s just not sustainable.Steven Law

In Arizona, Masters was outraised nearly 8-to-1 by Kelly, who poured at least $32 million into TV advertising from August until Election Day, records show. Masters spent a little over $3 million on advertising during the same period after Senate Leadership Fund pulled out of the race

Similar disparities emerged in crucial House races, including in Nevada, Pennsylvania and Virginia, helping to limit House Republicans to a surprisingly narrow majority.

When it came to purchasing TV ad time, Democrats' fundraising advantage yielded considerable upside. Ad sellers are required, by law, to offer candidates the cheapest rate. That same advantage doesn't apply to super PACs, which Republican candidates relied on to close their fundraising gap — often at a premium.

J.D. Vance, who won his Ohio Senate race by more than 6 percentage points, was outraised nearly 4-to-1 by Democratic Rep. Tim Ryan. To shore him up, Senate Leadership Fund poured $28 million into the state. The group's advertising ultimately accounted for about 70% of all Republican media spending from August until Election Day.

A similar situation played out in North Carolina, where the McConnell-aligned super PAC was responsible for 82% of the Republican advertising spending during the same period. GOP Rep. Ted Budd won by over 3% of the vote.

But money woes weren't the only complicating factor.

Donald Trump elevated a series of untested, first-time candidates. They included Masters, Vance and former NFL star Herschel Walker, whose complicated backstory includes threats of violence against his ex-wife, false claims of business success and allegations that he twice pressured a girlfriend to get an abortion, which Walker denies. Then there was Oz, who moved to Pennsylvania to seek the seat and also secured Trump's endorsement, but was pilloried by Democrats as an out-of-touch carpetbagger.

The former president gave them his endorsement, but he was parsimonious when it came to sharing some of the more than $100 million he's amassed in a committee designed to help other candidates. He ended up spending about $15 million on ads across five Senate races, records show.

Senate races are just different. Candidate quality has a lot to do with the outcome.Mitch McConnell

Early on, Scott ruled out getting involved in primaries, which he saw as inappropriate meddling. McConnell's allies, meanwhile, moved to fend off candidates they saw as poor general-election contenders, like Don Bolduc, a far-right conservative who lost his New Hampshire race last week by nearly 10 percentage points. McConnell forces also defended Sen. Lisa Murkowski, a GOP moderate, against a conservative challenger.

“Senate races are just different,” McConnell said in August. “Candidate quality has a lot to do with the outcome."

In response, Scott took a shot at McConnell without mentioning him by name, suggesting in an opinion article published in the Washington Examiner that any “trash-talking” of Republican candidates was an “act of cowardice” that was “treasonous to the conservative cause.”

But his committee also struggled after making a series of bad bets, including a costly investment to boost the committee's online fundraising.

An internal document obtained by the AP, which was previously reported by The New York Times, shows the committee invested $23.3 million to build out their digital fundraising program between June and January of 2021. But the NRSC raised just $6.1 million during that time — a deficit. Then, as inflation soared, the stream of cash from online donors slowed to a trickle.

Chris Hartline, an NRSC spokesman, said the document showed a direct return from one part of the investment and did not reflect the total raised through the program, which he said topped more than $15 million, a figure that is still lower than what the committee put into the effort.

That prevented the NRSC from spending as much on TV ads as in years past, even as Scott made bullish predictions of picking up as many as five Senate seats. The digital fundraising effort was a boon, however, for consultants, who collected at least $31 million in payments, disclosures show.

Some Republican senators are now clamoring for an audit of the committee. In an at-times heated Senate GOP lunch at the Capitol last week, Maine Sen. Susan Collins questioned Scott's management of the NRSC.

Scott's aides dismissed suggestions of financial impropriety, saying that the payments to consultants were ordinary and part of the effort to grow the NRSC’s online fundraising. They also accuse McConnell of undercutting the committee. 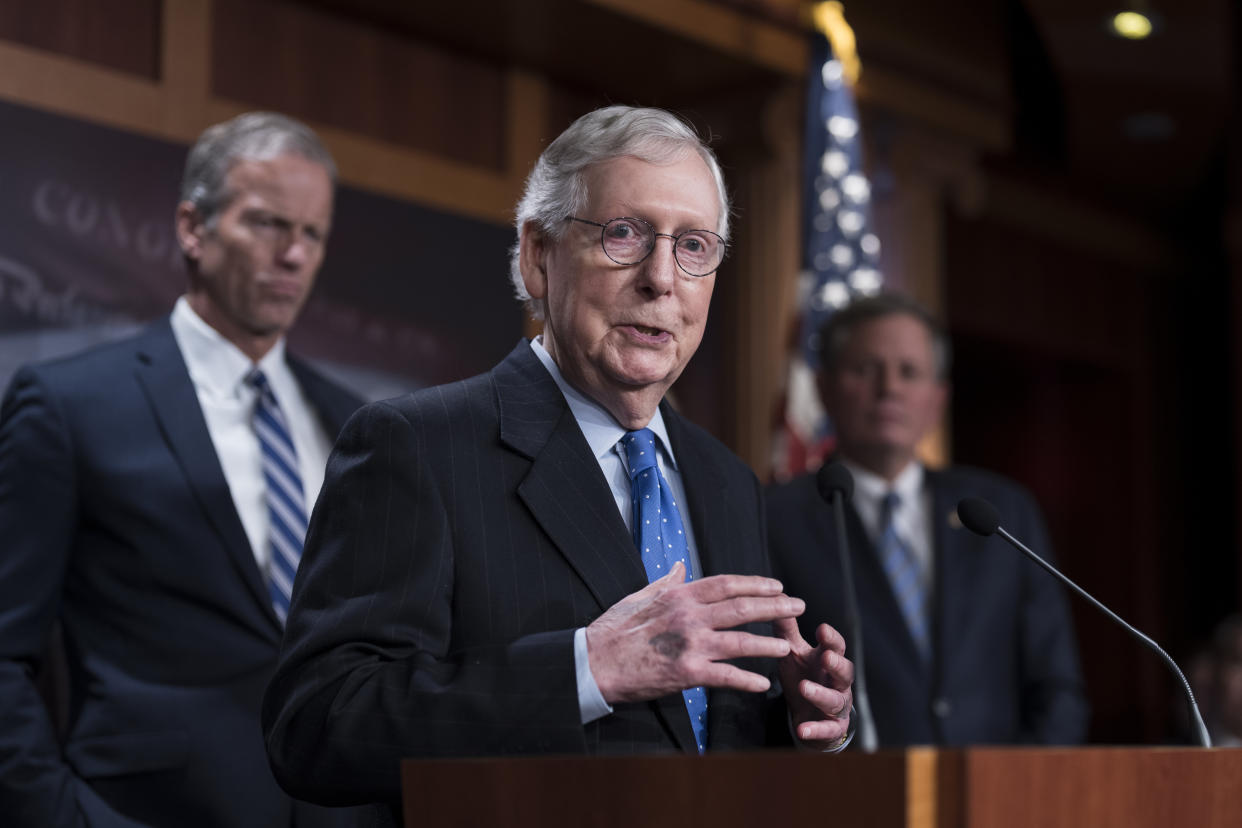 During a Senate GOP lunch in August, Scott asked senators for donations to the NRSC, which is now at least $20 million in debt. Then McConnell addressed the room and told the senators to instead prioritize giving to Senate Leadership Fund, according to two people familiar with the discussion; they requested anonymity to describe it.

The interaction was part of a broader pattern by McConnell to sabotage the NRSC, said Hartline, the NRSC spokesman.

“There was a very clear implication to donors that they should not give to the NRSC," Hartline said. "And the result is it hurt our ability to boost our candidates and get their message out.”

Scott has also said improper bonuses were paid out by the committee before he took over. And in a statement he suggested that the Senate Leadership Fund, McConnell's super PAC, should be audited, too.

McConnell allies, however, believe Scott has ulterior motives and has used his post to burnish his own image at the expense of the party, potentially working to set himself up for a presidential bid, according to senior Republicans strategists. They were not authorized to discuss the McConnell allies’ conclusions and did so on condition of anonymity.

The gambit failed, as did Scott's challenge of McConnell's leadership position last week.

Faced with the prospect of solidifying their majority with another seat during a December runoff election in Georgia, Democrats were happy to offer unsolicited guidance to Republicans.

“My advice is to keep on doing what they are doing,” said Michigan Sen. Gary Peters, who led Senate Democrats' campaign arm this year.