A bizarre yoga craze, which is well liked by celebrities such as Kate Beckinsale and Khloe Kardashian, is growing in popularity in the UK.

Goat Yoga is the newest fitness trend with an twist to emerge from America and people who have tried it say it’s very ‘therapeutic.’

It was created by US farmer Lainey Morse, from Oregon, who said her goats got her through being diagnosed with an autoimmune disease and a divorce. 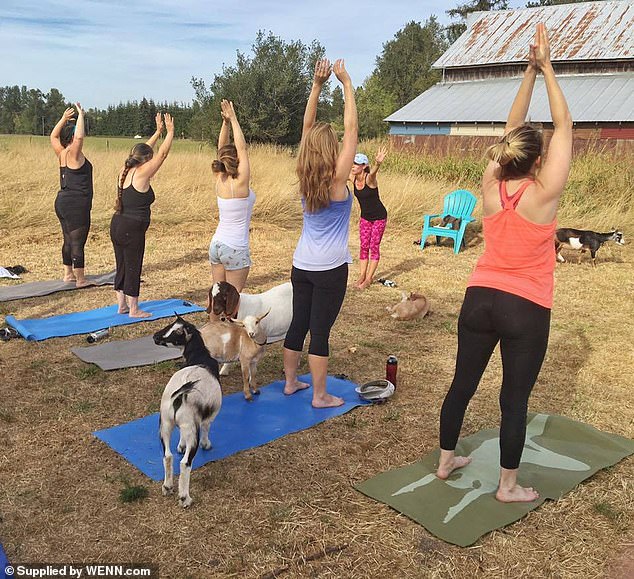 A kid climbs on a woman during goat yoga at No Regrets Farm in Willamette Valley, Oregon

Lainey, who has now written a book about the yoga style, shared pictures of goats jumping on her friend’s backs and within days had 2,400 people on a waiting list for her classes, reports the Sunday Times.

Attempting to restore spiritual balance with a small goat perched on your back or clambering over your mat might not sound that relaxing but instructors insist it is.

Lainey explained how goats have a very ‘calming demeanour, yet they’re also mischievous and do things that make you laugh… It’s why they’re so therapeutic.’

She joined her daughter Lily and ex-boyfriend Michael Sheen for a yoga session with a pack of goats who climbed on and off the trio as they tried different poses.

Khloe Kardashian also attempted goat yoga with comedian Kevin Hart during an episode of his YouTube series What The Fit. 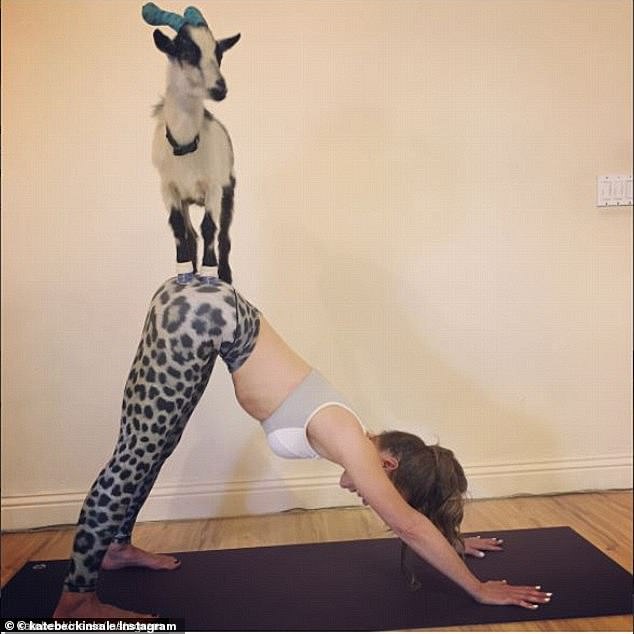 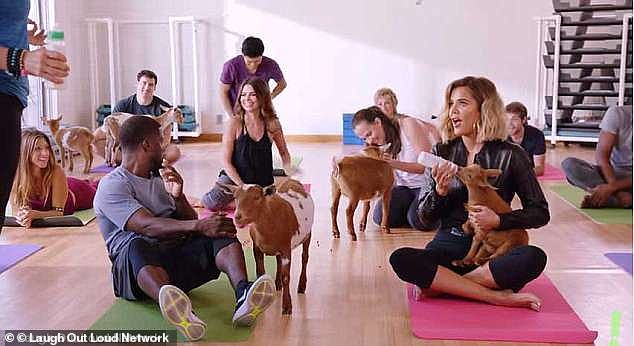 During the class the comedian was left horrified when the goats relieved themselves near his mat and joked ‘there’s no respect for anybody’s property or nothing with these goats.’

UK classes of goat yoga have started popping up at farms across the country and the trend was even mentioned on TV show Countryfile in May.

It’s also been tested out on the Real Housewives of Cheshire and by Holly Willoughby and Phillip Schofield in the studio of This Morning.

However the goats didn’t pay much notice to the duo and instead focused on chewing a plant in the corner.

Pennywell Farm in Devon offered two-hour goat yoga classes costing £25 in the summer and they immediately booked up until September.

The teacher – or yogi – Donna McCheyne admits classes to go ‘quite go as smoothly’ as traditional sessions.

‘In our first class we had goats clambering on our backs, licking our toes, chewing our hair and nibbling at the yoga mats, which was quite hysterical really,’ she said. 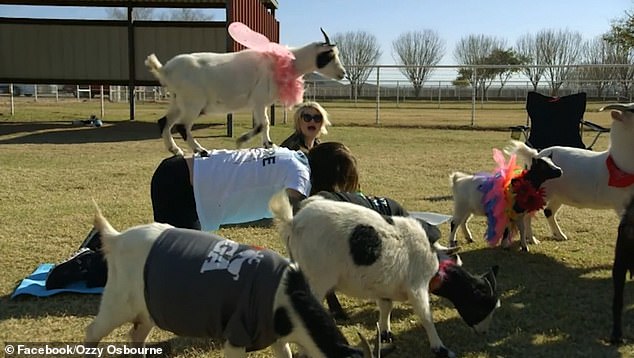 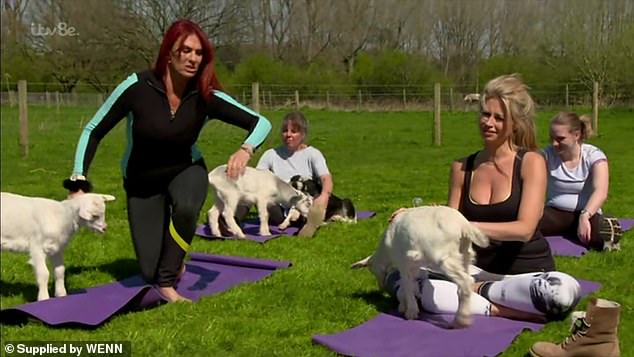 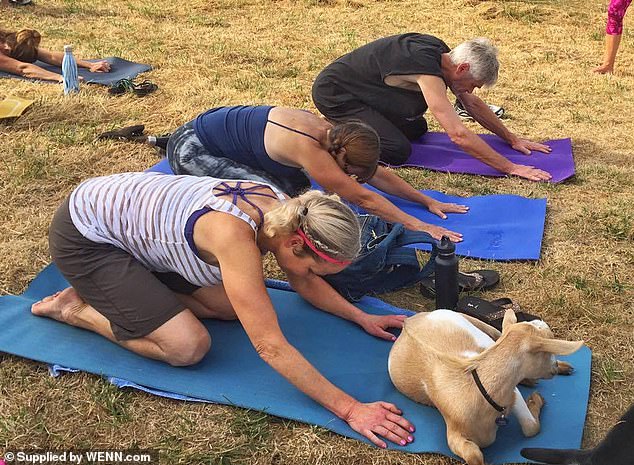 She added: ‘Humour makes yoga more therapeutic for people who might be going through a difficult time.’

She told the Ipswich Star: ‘Combining animal therapy and yoga is an amazing double act.’

Talking to the Times, Emma added: ‘When the yogis get tired and sit down, the baby goats curl up in their laps for a cuddle.’