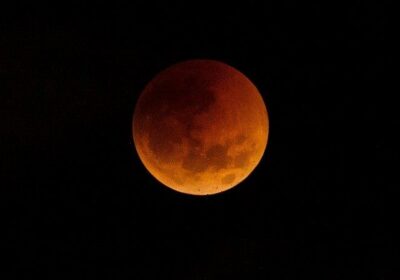 Australia will get its first total lunar eclipse of the year on Tuesday night, creating the possibility of a vibrant blood moon.

Lunar eclipses occur when the sun, Earth and moon all line up, and the shadow of the Earth falls across the moon. 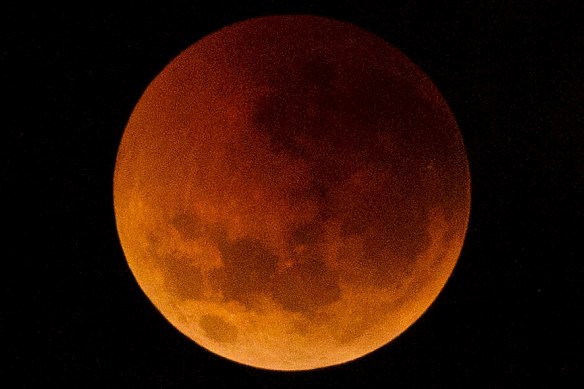 A blood moon, as seen from Melbourne in July 2018.Credit:Paul Jeffers

Peak viewing begins about 10.16pm when the moon will be fully covered by the Earth’s shadow; it should last for about an hour and a half. Unlike a solar eclipse, it’s perfectly safe to gaze directly at.

The eclipse will be low in the eastern horizon, so a spot on the beach along the western side of Port Philip Bay – where there’s nothing to get in the way – will offer the best viewing, says former president of the Astronomical Society of Victoria Perry Vlahos.

“However, any location with a clear view to the east without trees, buildings or hills will do,” says Vlahos. “It will not need anything more than naked eye, although binoculars and telescopes will enhance the view.”

It’s worth staying up late for as the next total lunar eclipse visible in Australia won’t be until 2025. 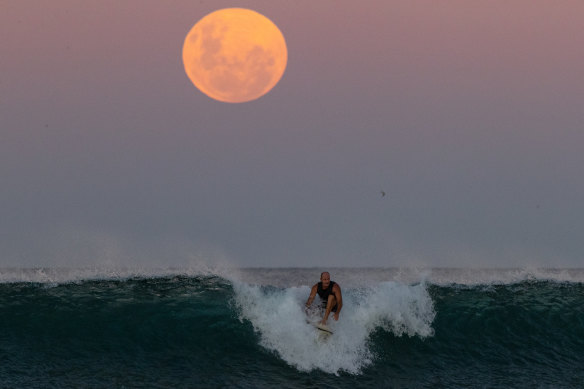 A surfer rides a wave as a super blood moon rises above the horizon at Manly Beach on May 26, 2021 in Sydney.Credit:Cameron Spencer/Getty Images

There is even some chance of a blood moon, with the normal pale face of Earth’s satellite turning a ruddy brown or blood-red, says Vlahos.

This is caused by the interaction of two phenomenons: Rayleigh scattering and pollution.

Despite being in the Earth’s shadow, the moon remains illuminated during an eclipse as light from the edges of the planet – where people are seeing a sunrise or sunset – continues to fall on the moon’s surface.

Earth’s atmosphere filters the sunlight as it passes through, scattering away certain wavelengths. Blue light gets scattered away across the sky – that’s why it’s blue – but red light tends to just pass straight through. That left-over sunlight falls on the moon in an eclipse, turning it slightly red.

How red it will get depends on local atmospheric conditions: if there’s enough pollution, volcanic dust or cloud cover the moon can appear quite red.