BERLIN (Reuters) – Veteran German conservative Wolfgang Schaeuble, a highly-respected figure in his party, has publicly backed Friedrich Merz, a former rival of Angela Merkel, to succeed her as head of the Christian Democrats (CDU) in a vote set for Friday. 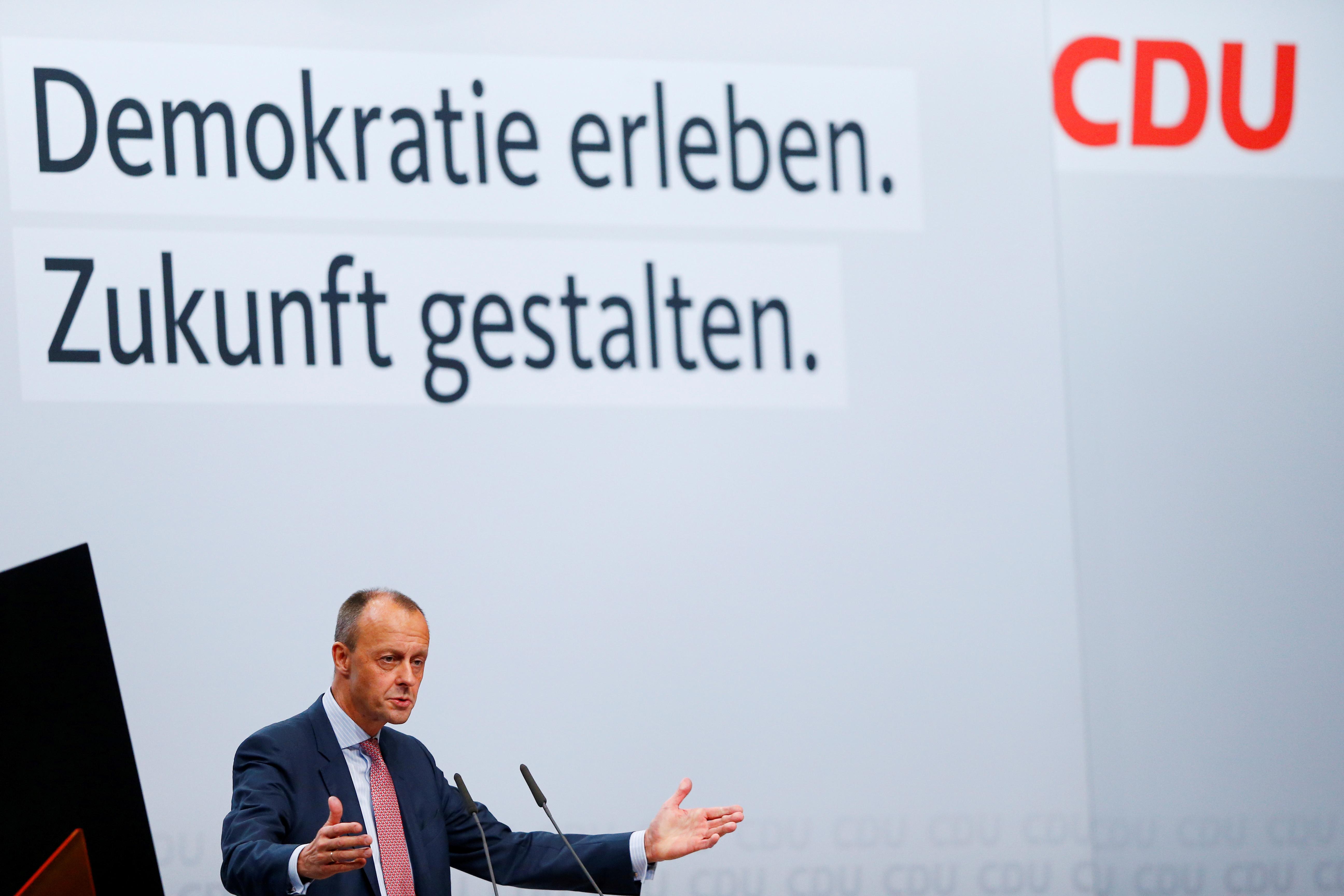 The winner will be in pole position to be the CDU’s candidate for chancellor of Europe’s biggest economy in a 2021 election and the outcome could even spell the end of Merkel’s coalition with her Bavarian allies and Social Democrats (SPD).

The two front runners are Merkel protege and CDU General Secretary Annegret Kramp-Karrenbauer, who leads polls of ordinary voters and party supporters, and Merz, who Bild am Sonntag weekly newspaper said is ahead among CDU delegates.

“A majority for Merz would be the best thing for the country,” Schaeuble, who was loyal to Merkel as her hardline finance minister but had previously been a rival, told the Frankfurter Allgemeine Zeitung on Wednesday.

Working with Merkel who wants to remain chancellor, the new CDU leader will be influential in shaping German domestic, economic and foreign policy from relations with U.S. President Donald Trump and Russian President Vladimir Putin to helping shape the EU.

Schaeuble argued that Merz, who lost out to Merkel in a power struggle in 2002 and quit politics for business in 2009, would be able to boost the CDU by giving it a stronger profile and working better with its Bavarian sister party.

Merz, an economic liberal on the right of CDU, has said he wants to halve support for the far-right Alternative for Germany (AfD), now on about 15 percent, which capitalized on anger with Merkel’s open-door migrant policy.

In a dig at Merkel’s cautious approach, Schaeuble said: “(He) is a man who sends clear signals with clear ideas, who has the courage not to wait for the end of a debate but shape it.”

After deep rows with her Bavarian allies in the summer and heavy losses for the CDU in the state of Hesse in October, Merkel announced she would stand down as party leader but remain chancellor until the 2021 election. That may prove impossible.

Merz, a millionaire who has said he wants “bold steps” to strengthen the economic and monetary union, has said he respects Merkel, who has pulled the CDU into the political center ground, and would work with her.

Many commentators are skeptical and it is also unclear if the SPD, also desperate to boost its poll ratings which have slumped to about 14 percent, could work with him.

With the more centrist Kramp-Karrenbauer, a former premier of the tiny state of Saarland, cooperation with Merkel and the SPD would be easier. She insists she is not a Merkel clone, but there is scant evidence she would break with Merkel’s main policies.

The third candidate, trailing in all the polls, is Health Minister Jens Spahn, a harsh critic of Merkel’s migrant policy.

With many of the 1,001 delegates undecided, commentators say the speeches given by the candidates at a party conference in Hamburg on Friday before the vote could be crucial.