German officials investigating Madeleine McCann prime suspect Christian Brueckner are preparing to end their investigation, as police today revealed they hoped to make a decision on whether or not to charge him ‘within months’, reports suggest.

Lead prosecutor Hans Christian Wolters today warned his team had no plans to ‘drag this out unnecessarily’ and said they would ‘draw a line under’ the investigation at some point, the Sun reports.

It comes as detectives are  set to learn on Thursday if Brueckner will be released from jail.

The serial sex offender is currently in prison in Germany serving a sentence for drugs offences – and should be starting a seven-year jail term for the rape of an elderly American woman in Portugal in 2005.

But his lawyers have appealed the conviction on a legal technicality and the European Court of Justice is poised to give its verdict in two days’ time.

Today police said say they will decide whether to charge him or not ‘within months’, while Braunschweig’s public prosecutor Mr Wolters told the Sun: ‘Of course we have an interest in keeping our suspect in custody.

‘This gives us access to interrogations in the event of an indictment. We have no endeavors to drag this out unnecessarily. We’ll draw a line at some point and see.’

It comes as Portuguese police continue their search after spending 12 hours over the weekend looking at three wells near Praia da Luz in the hunt for her remains, with up to 20 more expected to be targeted in the coming days. 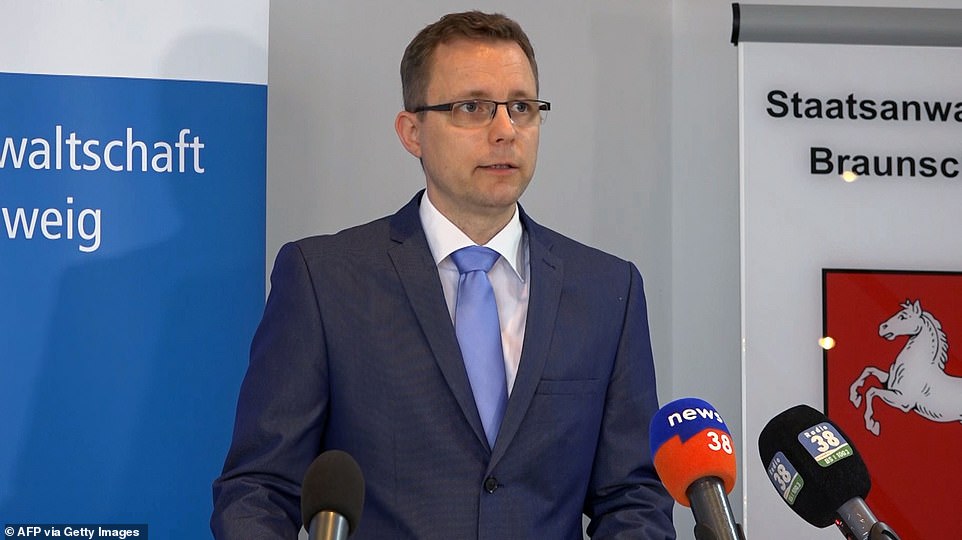 Lead prosecutor Hans Christian Wolters today warned his team had no plans to ‘drag this out unnecessarily’ and said they would ‘draw a line under’ the investigation at some point, the Sun reports 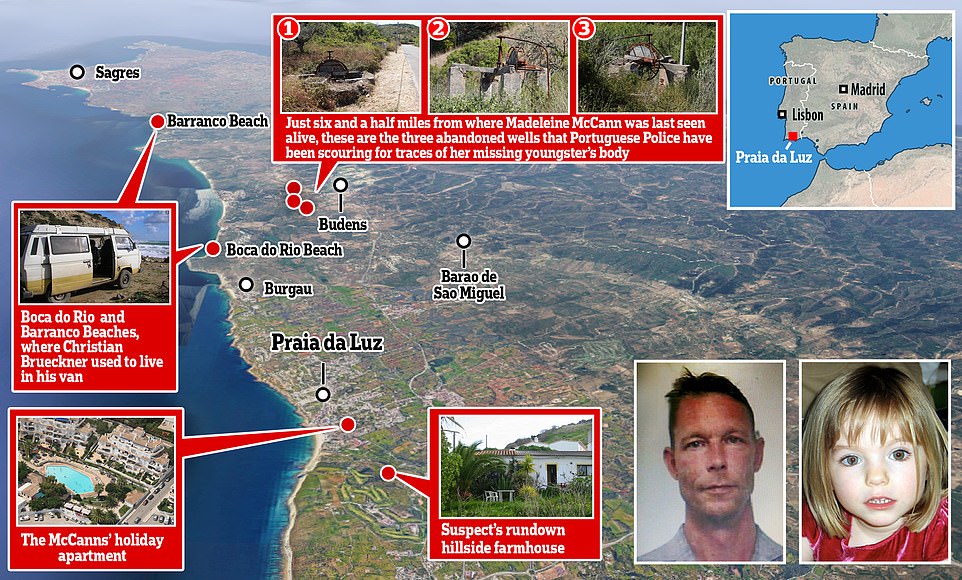 Police in Portugal have been searching three wells (above) in the village of Budens near Praia da Luz in the Algarve in the hunt for missing Madeleine McCann’s remains. A 15-strong team of detectives and firefighters spent 12 hours looking at them 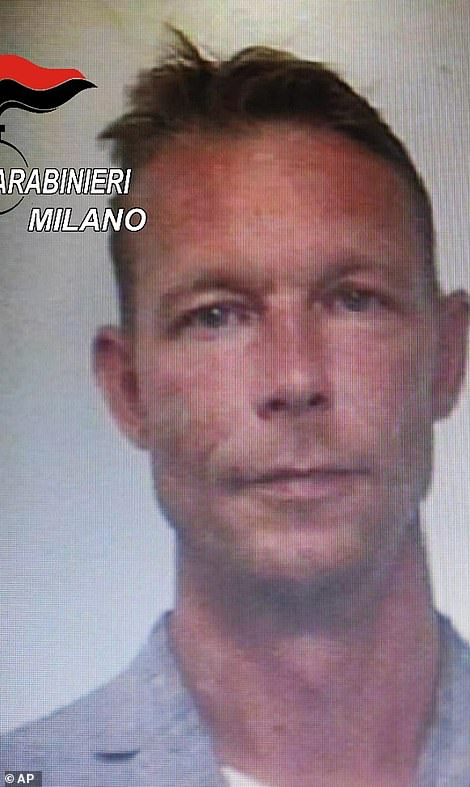 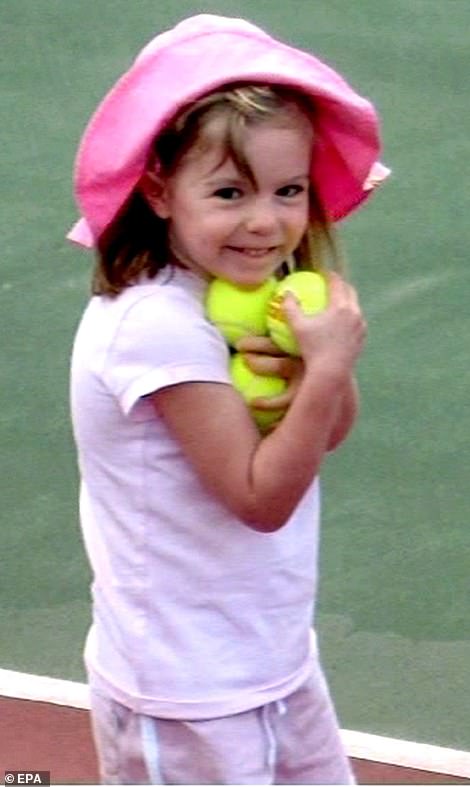 Christian Brueckner, 43, (left) is the prime suspect over the disappearance of Madeleine McCann (right), who was three years old when she vanished while on holiday with her family in Praia da Luz in 2007 in an abduction still unsolved 13 years later 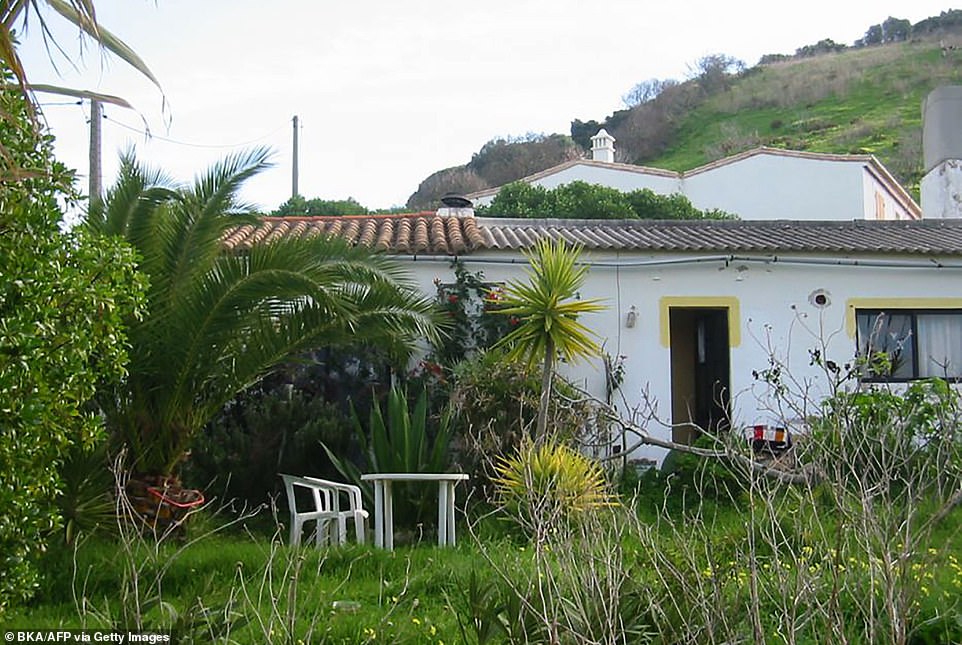 Prime suspect Brueckner, a serial sex attacker currently in jail in Germany for drugs offences, lived in this dilapidated hillside farmhouse in Praia da Luz for many years after he moved to the area in the mid 1990s until 2017 when he was extradited 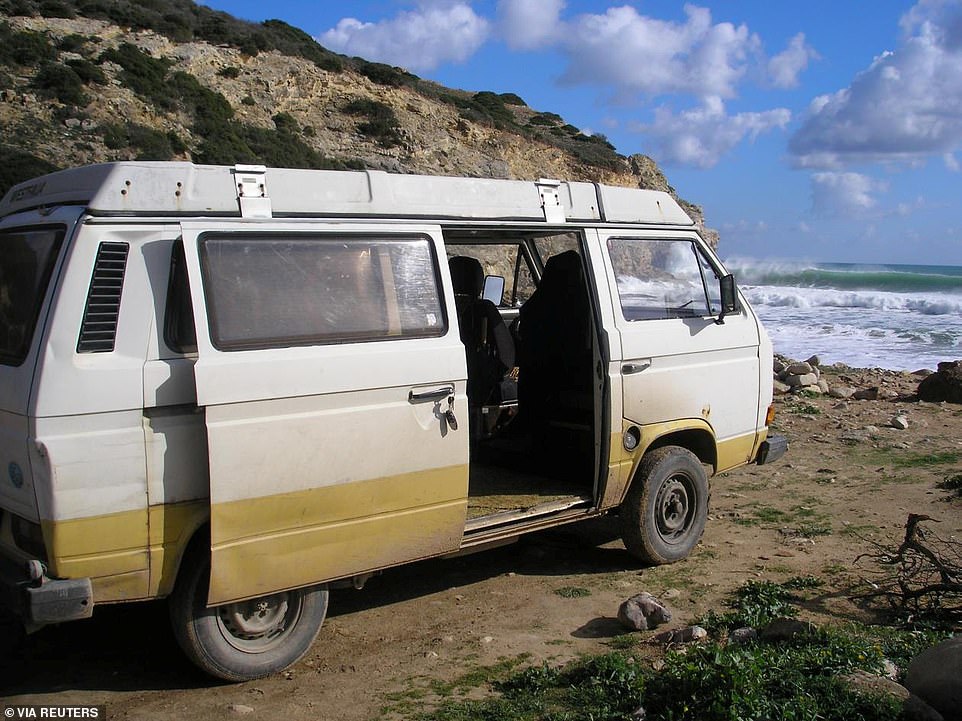 A 15-strong team of Portuguese detectives, firefighters and divers spent 12 hours earlier this week searching three deep, remote wells amid fears Brueckner dumped her in one.

Brueckner’s appeal centres on whether his extradition from Portugal in 2017.

Portugal extradited him to the German criminal justice system in June of that year so that he could serve a 15-month prison sentence for possession of child pornography.

Brueckner was then released from jail by mistake in August 2018 before he had started a sentence for an earlier conviction for drug dealing. 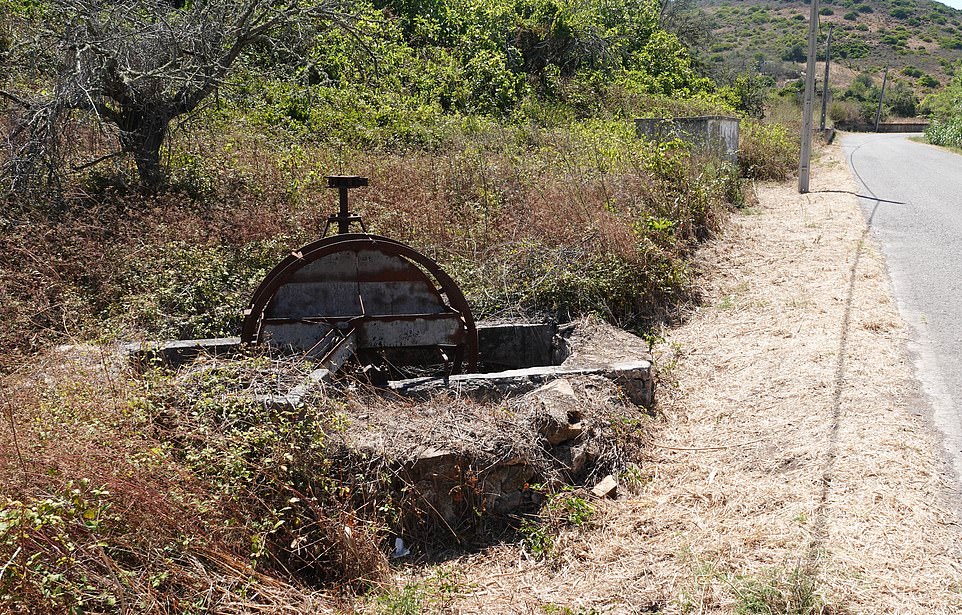 A 15-strong team of police officers and firefighters spent 12 hours at the weekend searching this well (pictured) plus two more nearby in the village of Budens, six miles west of the holiday resort of Praia da Luz, in the hunt for Madeleine’s remains

He fled the country but was arrested in Milan, Italy, in September 2018 and extradited back to Germany to serve that sentence.

But now Brueckner’s lawyers claim that the European Arrest Warrant which led to his transfer back to Germany only covered the charge of drugs offences and not rape.

If successful, the rape conviction will be quashed and the Madeleine suspect will be released.

Most legal experts in Germany do not believe Brueckner will be set free while the investigation into the disappearance of Madeleine gains momentum.

However there is a possibility the European judges will stick to the letter of the law and rule the rape conviction unsafe.

One legal expert told Radio Bavaria: ‘It is a legal technicality and it is unclear what side the European Court of Justice will come down on.’

Meanwhile there is confusion over the new search in Portugal after the German prosecutor leading the probe into Brueckner revealed yesterday he had no idea why police in the Algarve were searching the wells.

Hans Christian Wolters said the hunts at three sites close to Praia da Luz were not sparked by a tip-off from his team.

And his officers have no idea what led them to the scene.

He said: ‘The action must be based on Portuguese investigations. We have not initiated it, nor have we heard anything about it from the Portuguese side.’

The prosecutor refused to comment on the progress of the investigation.

He said simply: ‘In order to avoid unnecessary speculation we will not report any interim results.’ 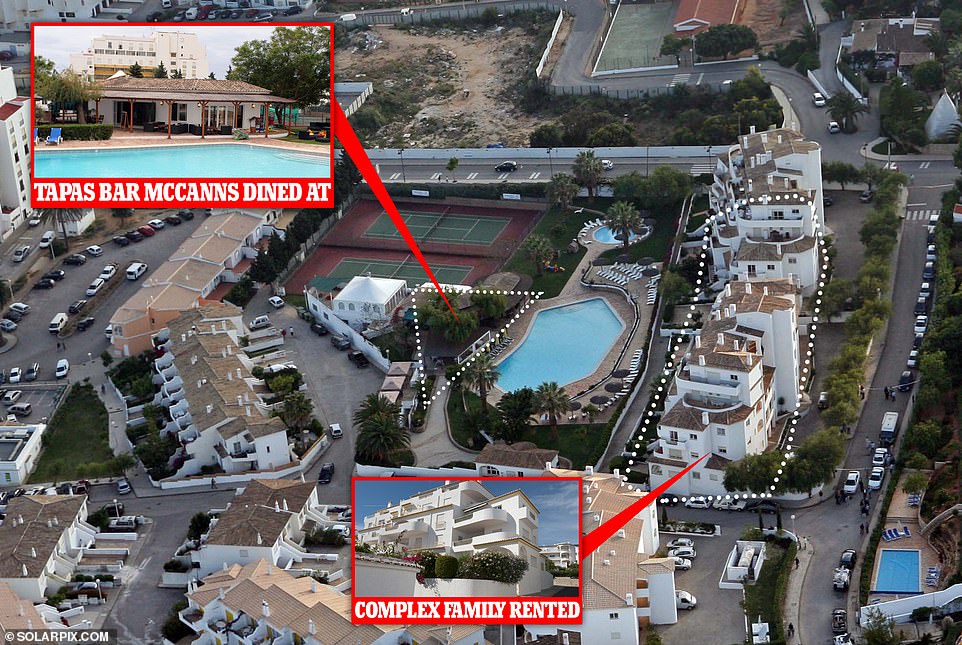 The McCann family were renting this holiday apartment at the Mark Warner Ocean Club when Madeleine was abducted. Her parents Kate and Gerry were having dinner and drinks with friends at a tapas bar beyond the swimming pool at the complex 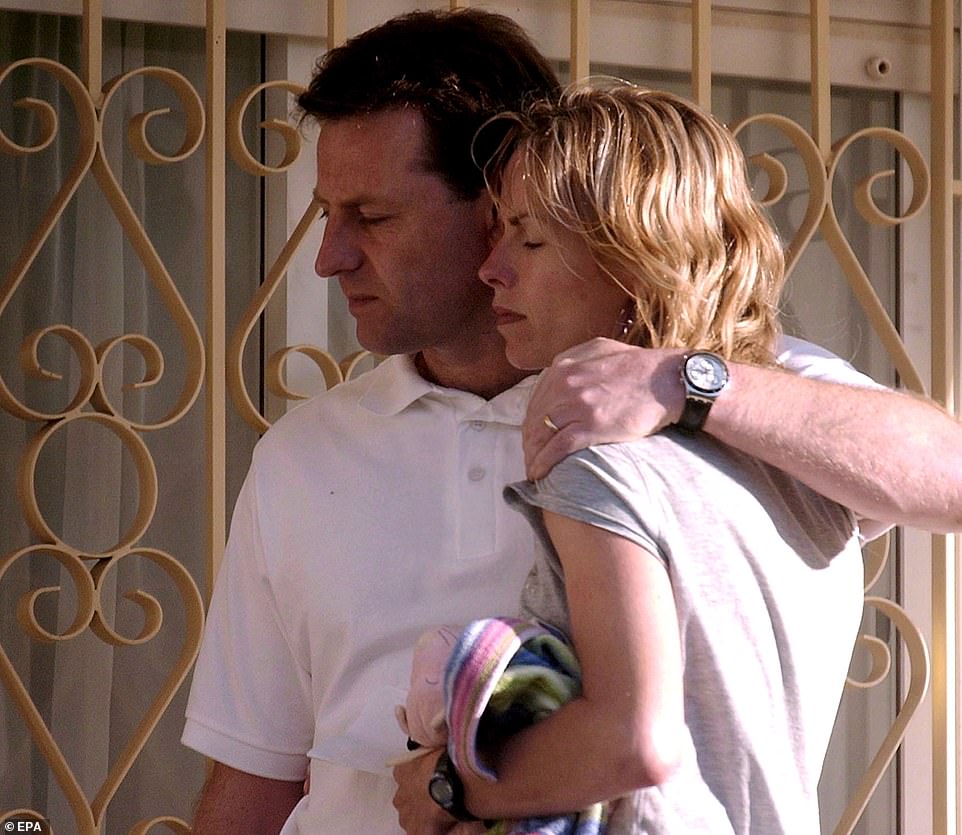 The three wells searched are located by a country road less than a mile from a remote beach, Praia da Boca do Rio, where Brueckner lived in a camper van at the time of the youngster’s disappearance.

His van has also been photographed at another beach Praia do Barranco, nearby.

The German drifter also spent time at a farmhouse, known as the Yellow House, on the outskirts of the Praia da Luz, where Madeleine was on holiday with her family.

Up to 20 wells and underground shafts are set to be examined in the coming days, it is claimed in Portuguese media.